If you’re looking for a Sands of Salzaar walkthrough regarding Ifrit Ghoul Lair, that continues from Ifrit Ghoul, you’re in the right place. This main quest starts after Malak approaches you when you’ve reached around level 3. He’ll ask again for help dealing with the Ifrits and tell you about a base in the Redstone region. 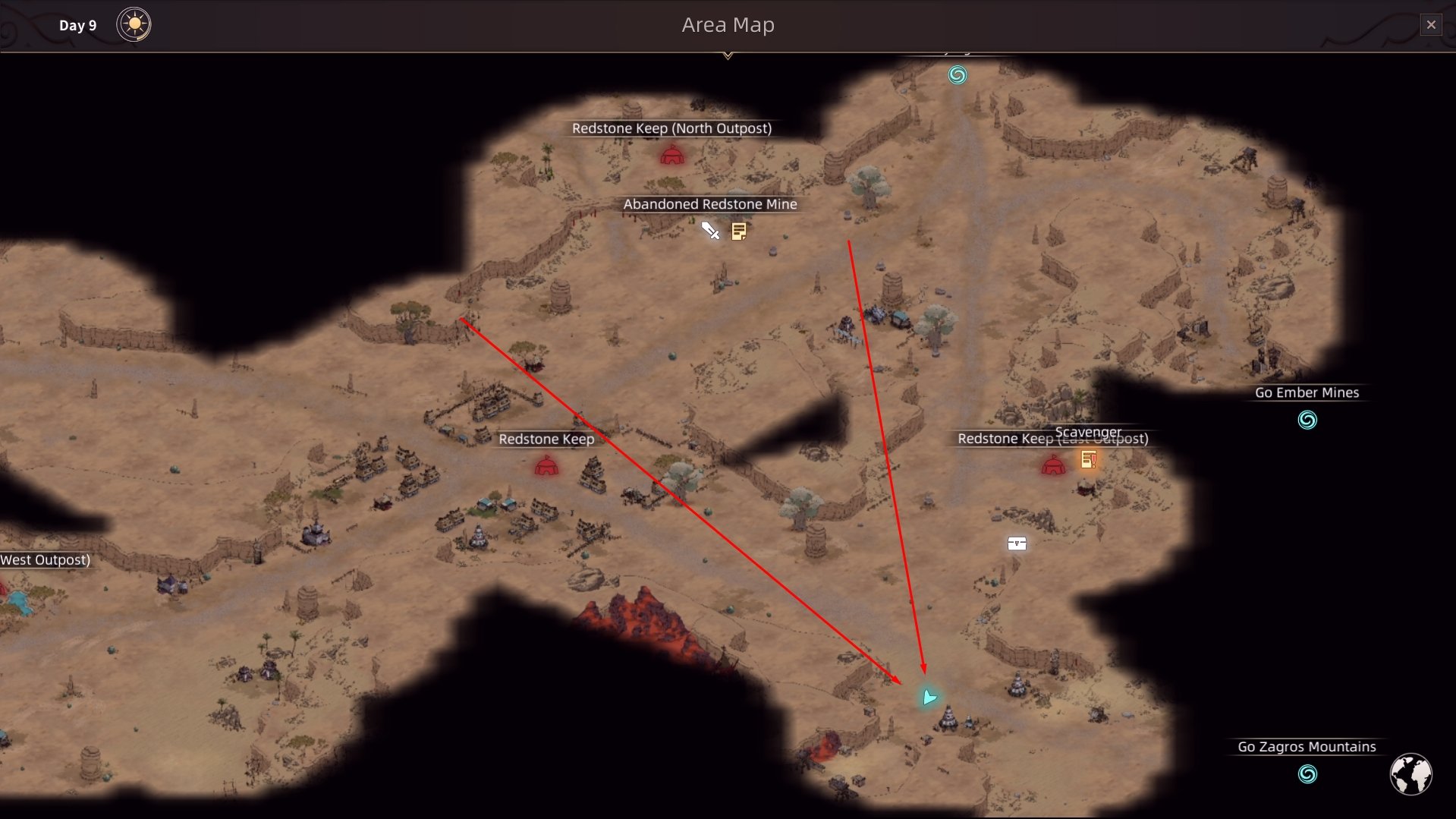 Follow the red arrows toward the bottom right corner of the map where my blue arrow is to find the entrance.

Malak will tell you about how powerful the Ifrit are and mention that they’re starting to attack humans in groups. He asks you to help him at the Pahoehoe Lava Void in the Redstone region, to the south the Redstone Keep. If you’re having trouble finding the entrance to this area, it’s near the southeast corner of the map. You can find the entrance a little before the Zagros Mountains where a group of soldiers are the guarding the way in.

Once you get close enough to this group of guards, they’ll demand that you halt as nobody is allowed to enter. They mention that this is under the orders of Lord Husnu. It’s possible there’s an alternate method if you talk to Lord Husnu to gain permission. However, for the purpose of this walkthrough, you’ll have to click the “Charge!” option while talking to the guards. This will begin a battle against a group of 15 enemies. There’s a mixture of melee units and ranged mages hiding in the back.

If you haven’t recruited any farmers yet from nearby outposts by talking to the Village Elder, I recommend taking advantage. This will help make your life a little easier dealing with the guards and any potential bandits.

Talk to Malak Outside the Pahoehoe Lava Void 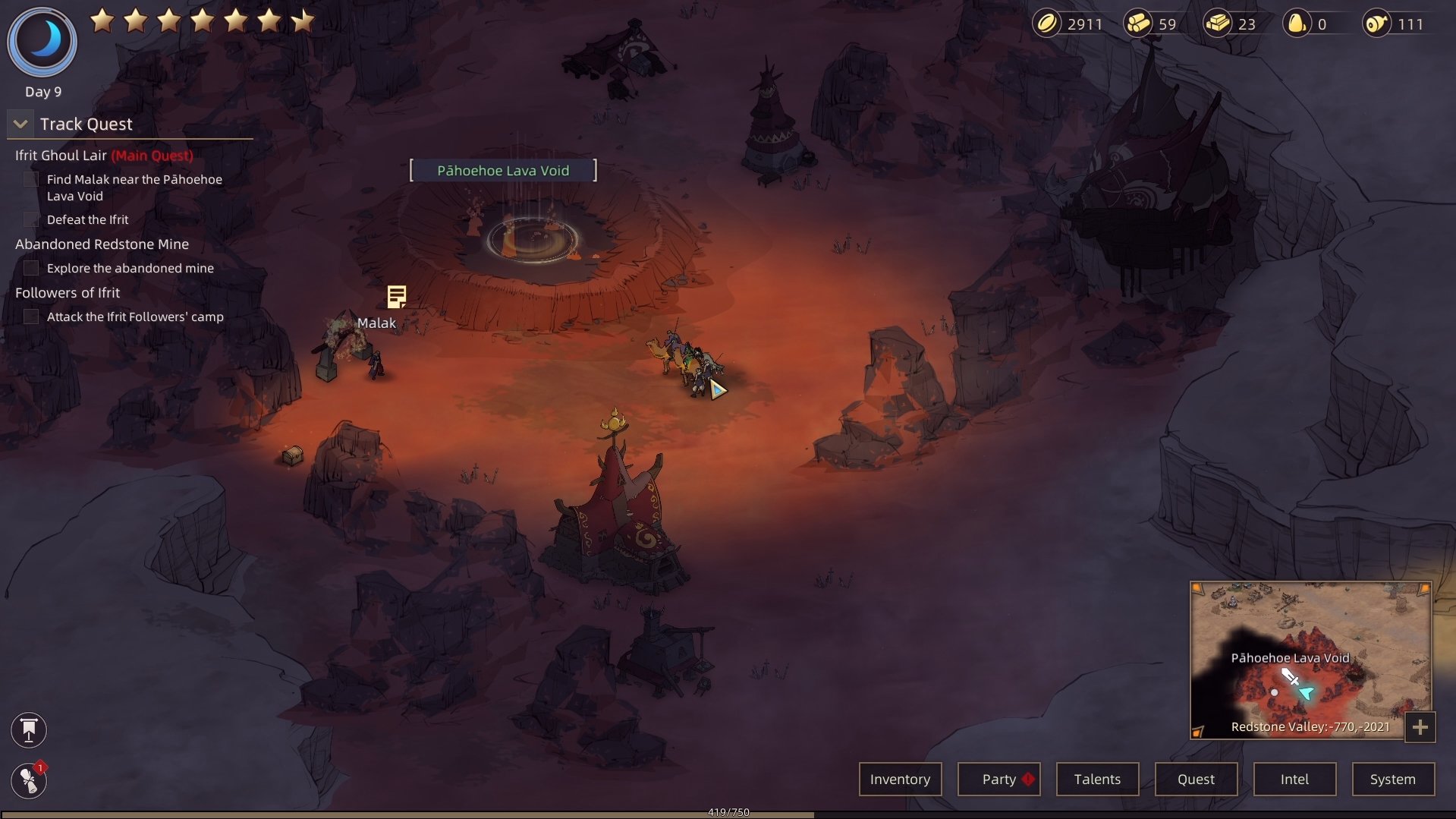 Malak will be waiting outside the Pahoehoe Lava Void instance entrance. You can find him a little west of the guards after dealing with them. Once you begin talking to Malak, he’ll greet you excitedly and explain that this is the Ifrit’s secret base. Upon clicking “Make your move” you’ll head into an instance continuing the Ifrit Ghoul Lair main quest. You’ll now be inside the Ifrit Lair at night, with a very similar area to where you were before. 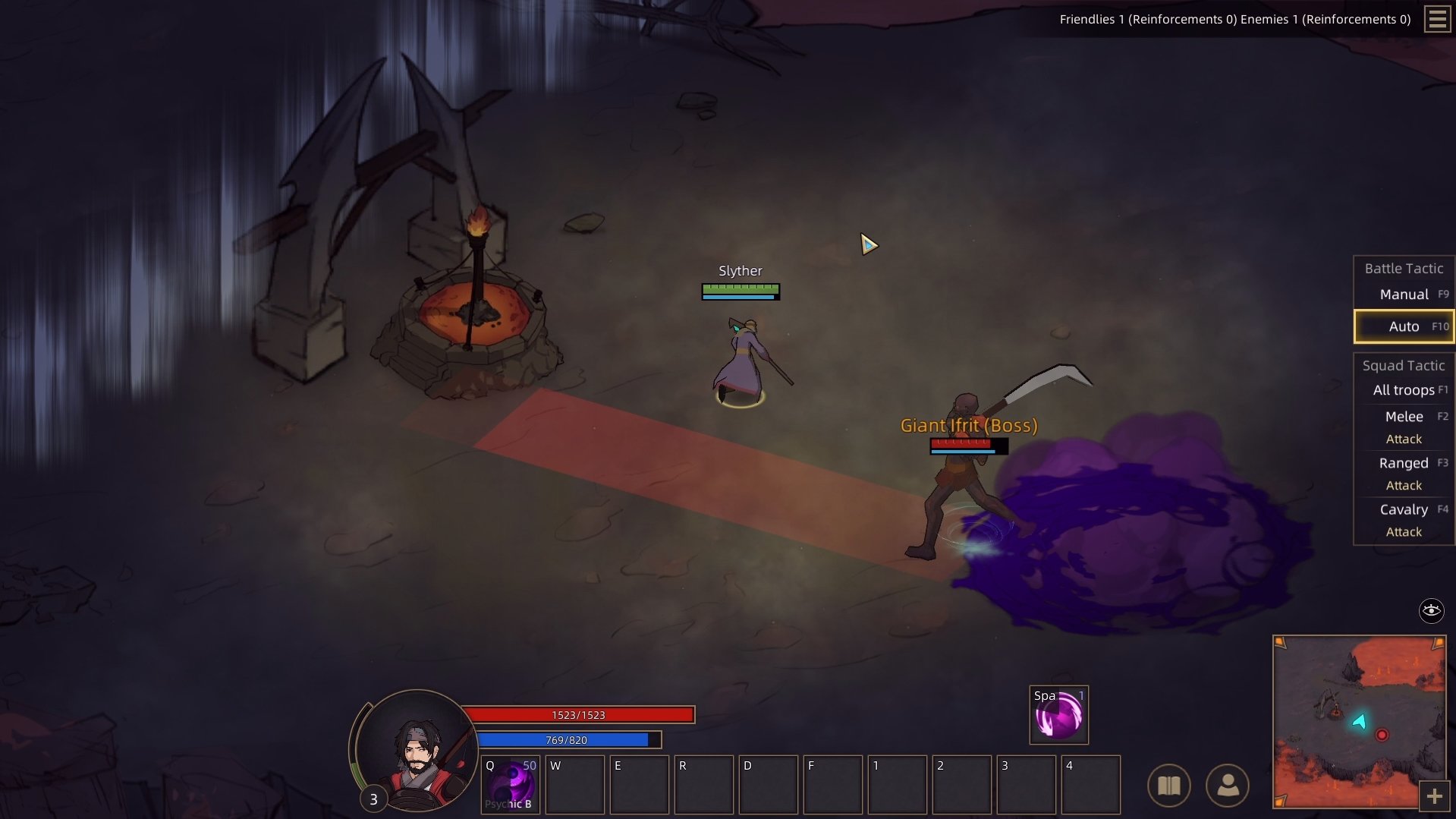 Make your way southeast through a few well-lit stone towers. Instead of finding Malak alone, you can see him right next to a large brute of a creature standing nearby. Talking to Malak leads to a message mentioning the Giant Ifrit with one of its hands chained. After a short conversation, you’ll learn that Malak is on the side of their side. This will begin a fight with the Giant Ifrit (Boss). For this fight, you’ll want to roll out of their charge attack whenever you can. Otherwise, they mainly shoot a single ranged attack frequently that you can step away from.

If you die here, don’t worry, you’ll have another chance to fight the boss again. Once you’ve defeated the Giant Ifrit, an old witch will appear outside the battle. Malak will be disappointed that you didn’t fall to the Giant Ifrit and the witch will then feed it. This leads to the Giant Ifrit eating the witch whole and then knocking you out. Moments later, Isra from earlier appears and seems to have killed the Ifrit.

Talk to Isra to Complete the Main Quest 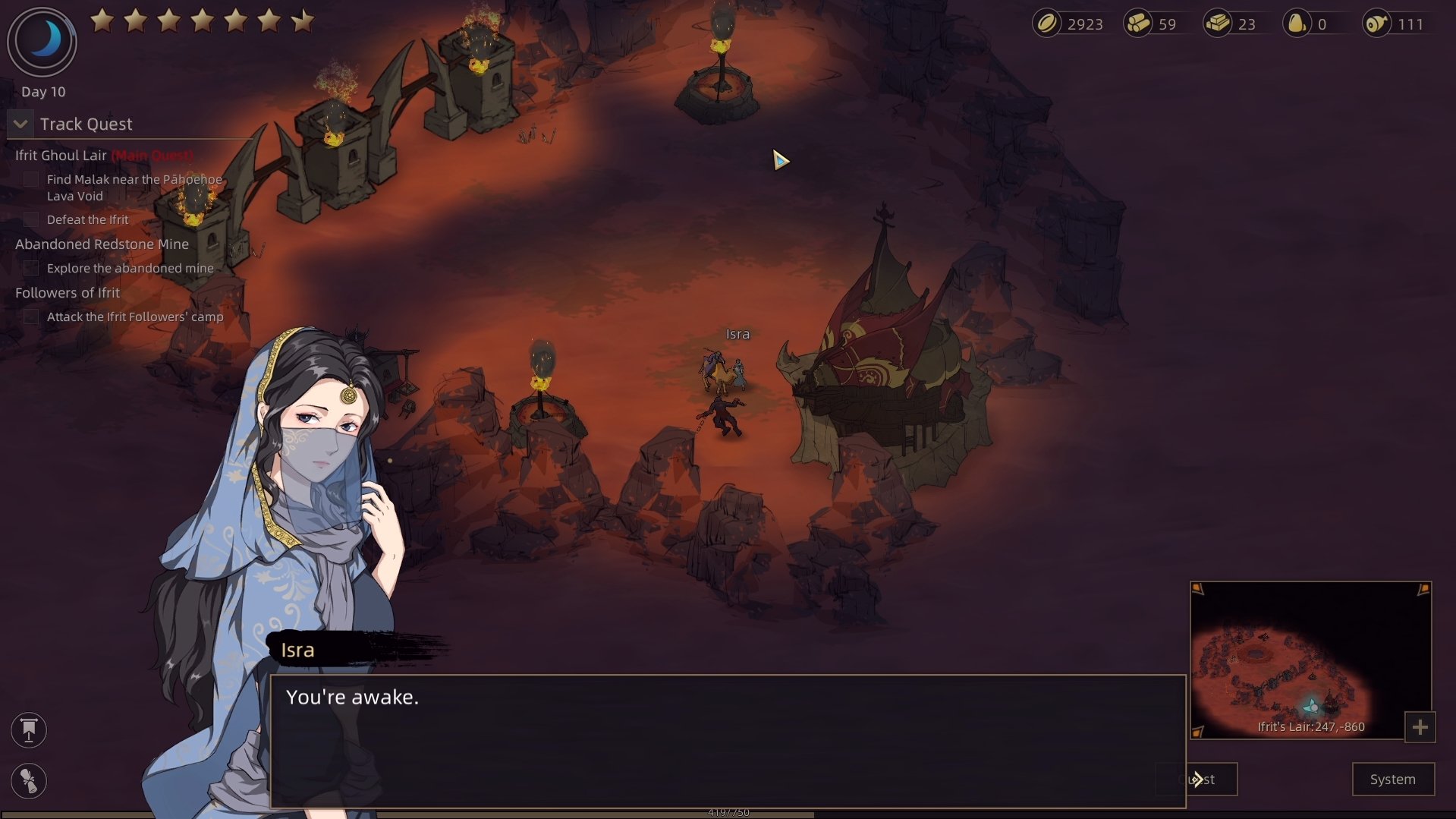 Once you’ve finished your conversation with Isra, the Ifrit Ghoul Lair main quest will be complete. Continue the main quest storyline with our walkthrough for Mysterious Woman here. And if you’re looking for more Sands of Salzaar guides, we have ones on How to Repair Gear and all the Dakn Tournament Riddle Answers.