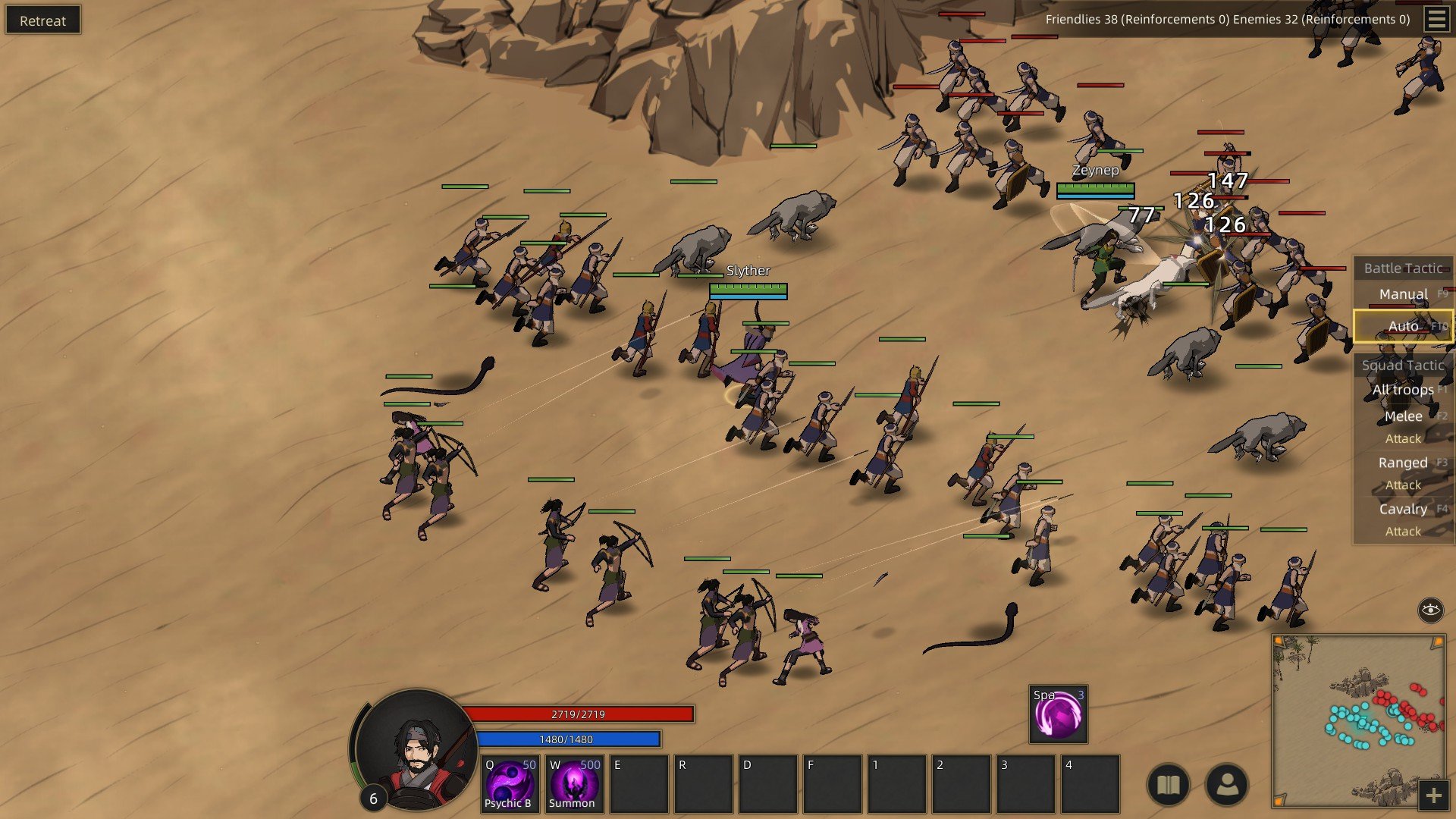 If you’re not sure how to recruit units in Sands of Salzaar to grow your army, this guide will explain how. As the bandits roaming the desert begin to get stronger, you’ll need some help if you plan to keep on fighting them. Sands of Salzaar follows a similar method of recruiting new squads as the Mount & Blade franchise for those already familiar.

How to Recruit Units in Sands of Salzaar

Recruiting From Village Elders at Outposts 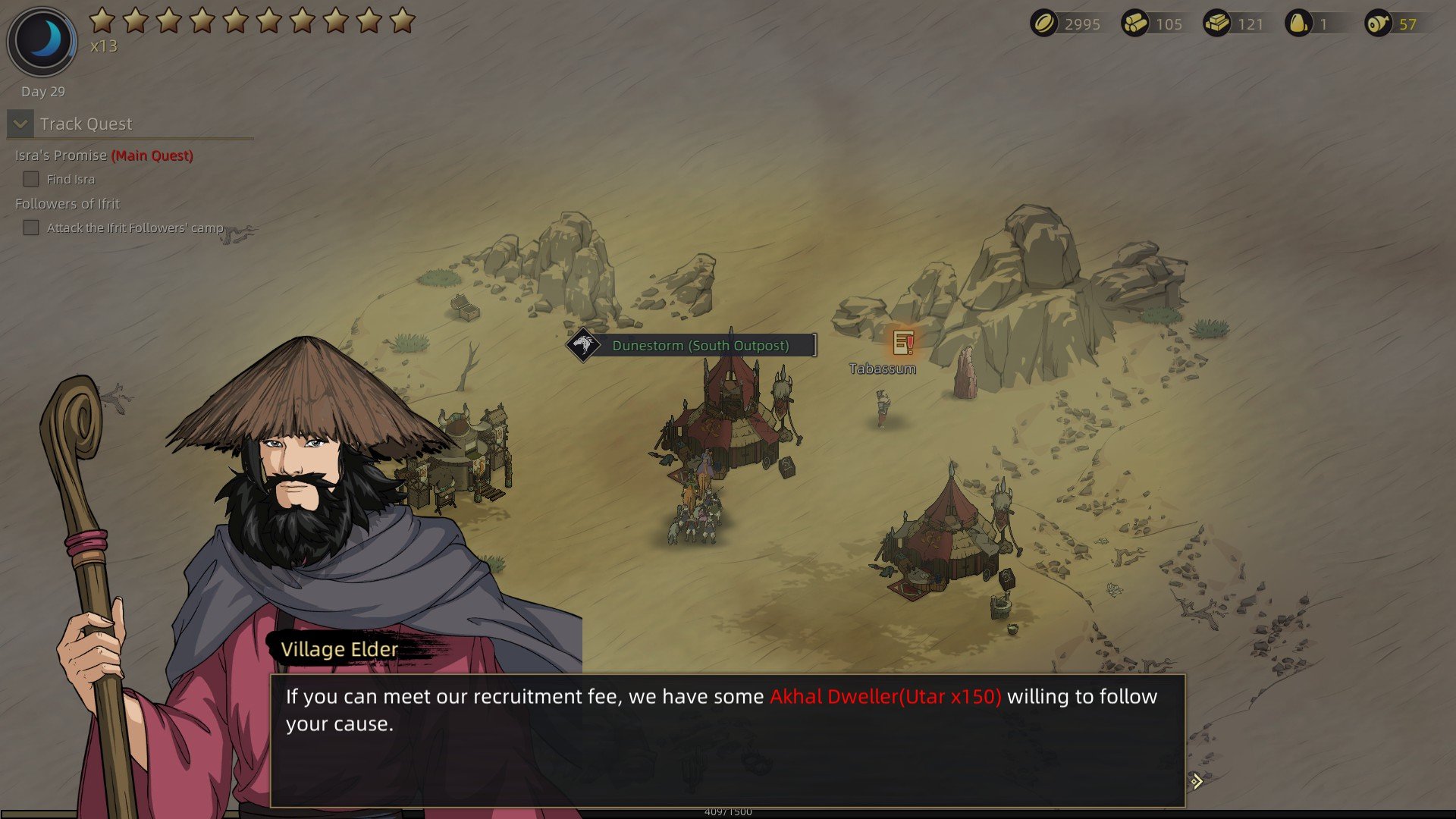 If you’re trying to recruit new units for your army in Sands of Salzaar, first, find an outpost/keep. You’ll want to look for one that isn’t the main keep for the region but instead has a name like, Redstone Keep (North Outpost). Every region has outposts where you can recruit lower tier units like farmers by talking to the Village Elder. This is why I compare the recruiting method in this to Mount & Blade since it relies on talking to an elder for new units, almost the exact same way.

While the name for this lower tier unit in each region may vary, they always seem to cost 150 Utars to recruit. This will give you one squad with five individual units in that group. You’ll have to wait a week before being able to recruit another squad from that outpost for another 150 Utars. If you return early, the Village Elder will simply tell you how many days its been and how much longer you need to wait.

The English translation while talking to the Village Elder mentions recruiting stronger units as you gain tribute. It’s possible that your prestige or prestige with that specific outpost may play a role in recruiting higher tier units eventually. 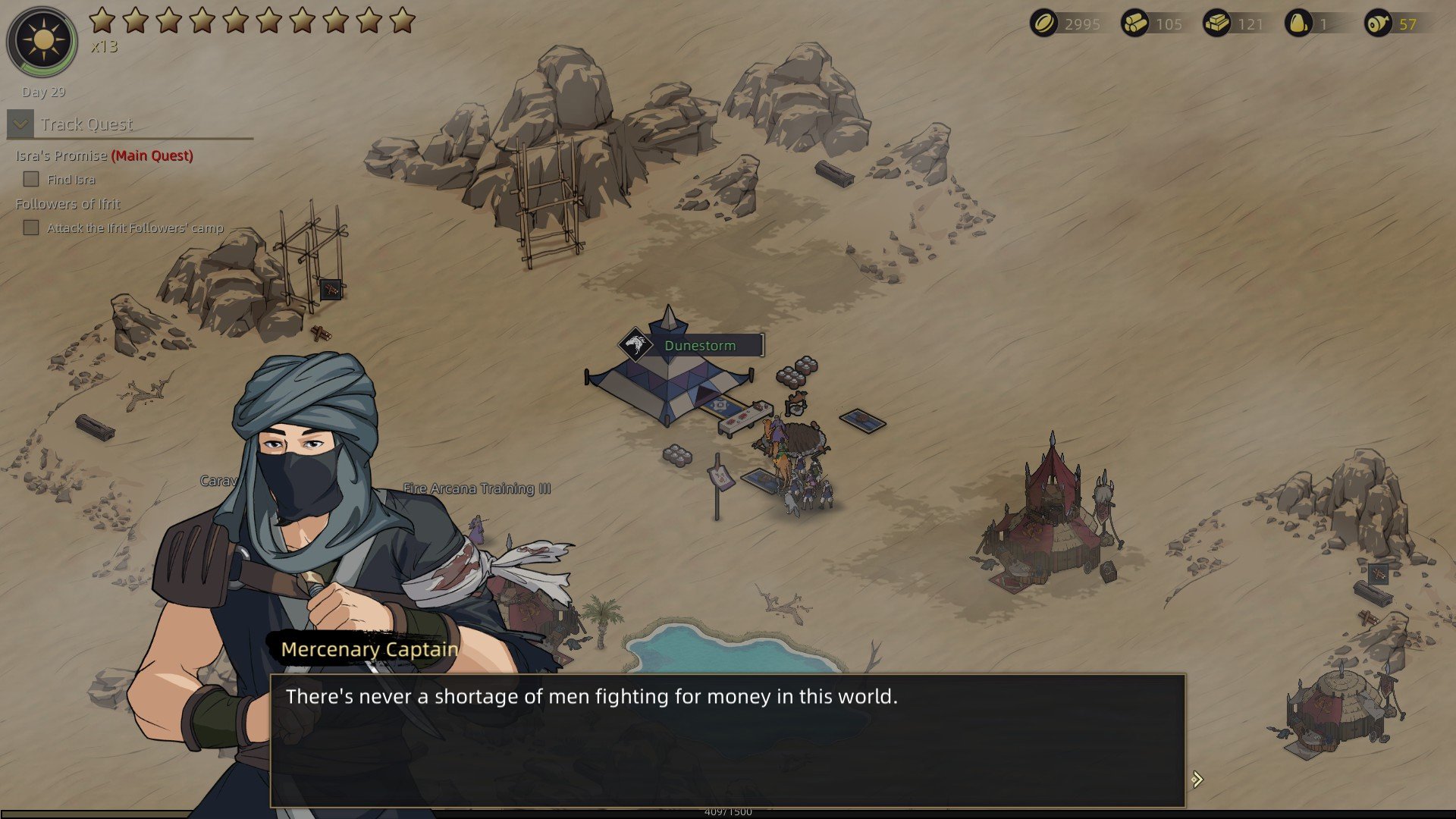 The main outpost in each region, occasionally known as a Keep, won’t have a Village Elder. While this means you can’t get cheap squads like farmers, you have a more random chance at what they’ll have. Talk to the Mercenary Captain and they’ll offer you a squad looking to be hired for all different types of prices. Instead of paying 150 Utars, you may have a giant that wants a bunch of wood and ironstone instead. As you start building up a stockpile of money and resources, it doesn’t hurt to check in with Mercenary Captains every so often.

As you explore Sands of Salzaar’s world, you may run into expeditions or battles where you randomly get new squads. A small message will appear in the chat log telling you about a new squad following you. Also, when interacting with certain tents or buildings, you may come across squads looking to be hired. Always look for the yellow glimmering sparks near buildings showing that they’re interactable.

I hope this overall guide helps you understand how to recruit units in Sands of Salzaar. If you have any other questions regarding the game, feel free to ask in the comments below the article.