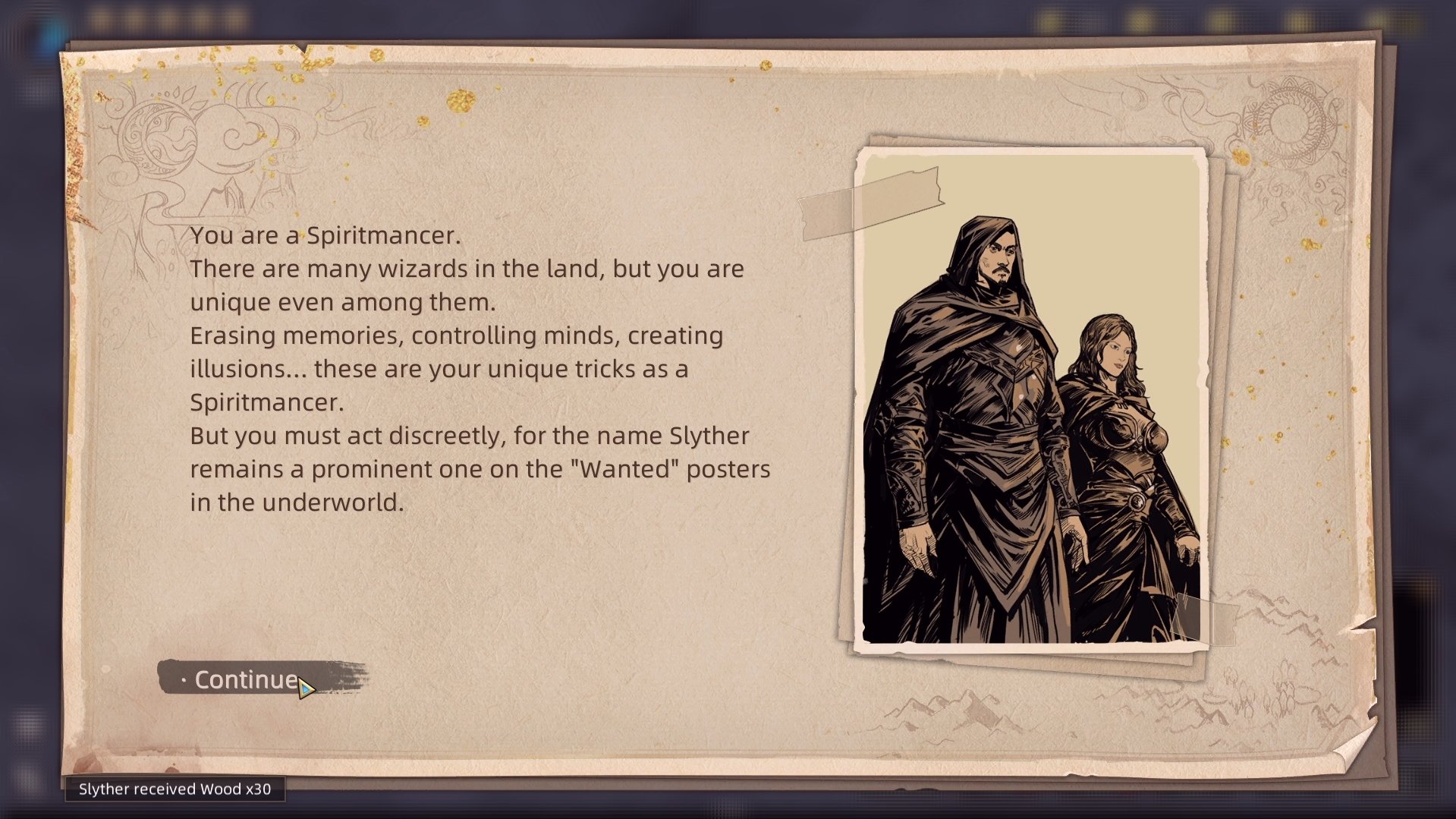 If you’re playing Sands of Salzaar and looking for a walkthrough to help you through the main quests, here’s the intro and first quest, Ifrit Ghoul. If you have any questions regarding this quest or others, feel free to ask in the comments below the article. As more guides are made for each main quest, we’ll continue adding and linking them over time. 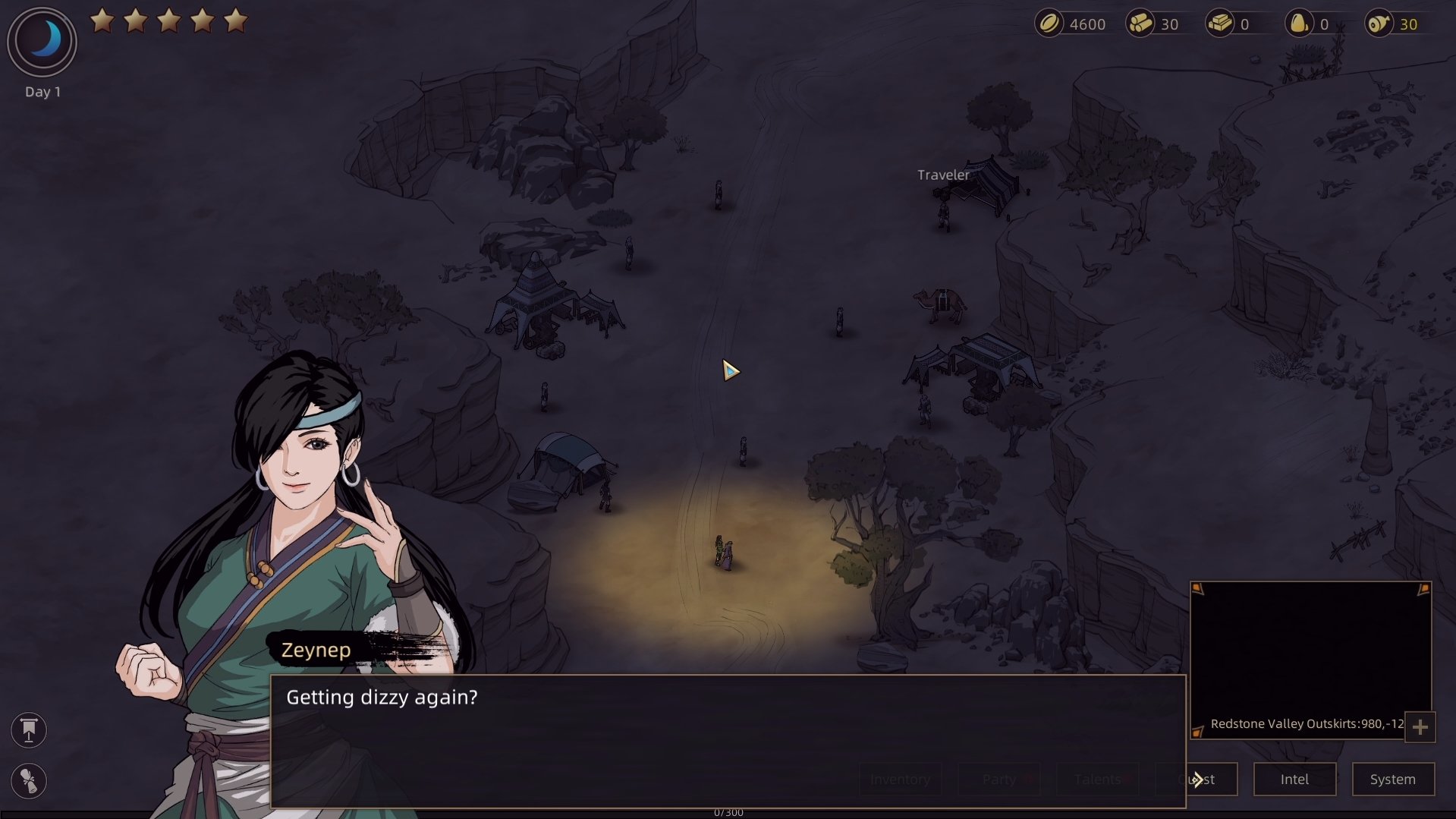 When you first start Sands of Salzaar, the game recommends picking the Spiritmancer as they’re an easier character for your first time. This will lead to an intro cutscene with Zeynep before you get control of your character. Zeynep is a companion character that will help you in fights and also sets you on your class’s storyline. But for now, we’ll follow the primary quests going forward.

Once you finish talking to Zeynep if you chose the Spiritmancer class, you may notice a random NPC nearby named the Traveler. For a good source of information about the Sands of Salzaar world, you can ask the Traveler questions filling you in. If you don’t care about the current state of the world, you can skip past them.

Moving past the Traveler and up to the right will lead you toward the Caravan Leader. This is your way out of this area so you can travel to a new region and get things rolling. Before you can hitch a ride with the Caravan Leader, you’ll run into a group of “humanoid monsters” chasing an old man and woman. This is your first chance at a battle where you’ll have to kill an Ifrit to continue on. Afterward, the old man will introduce himself as Malak alongside the lady, Isra. 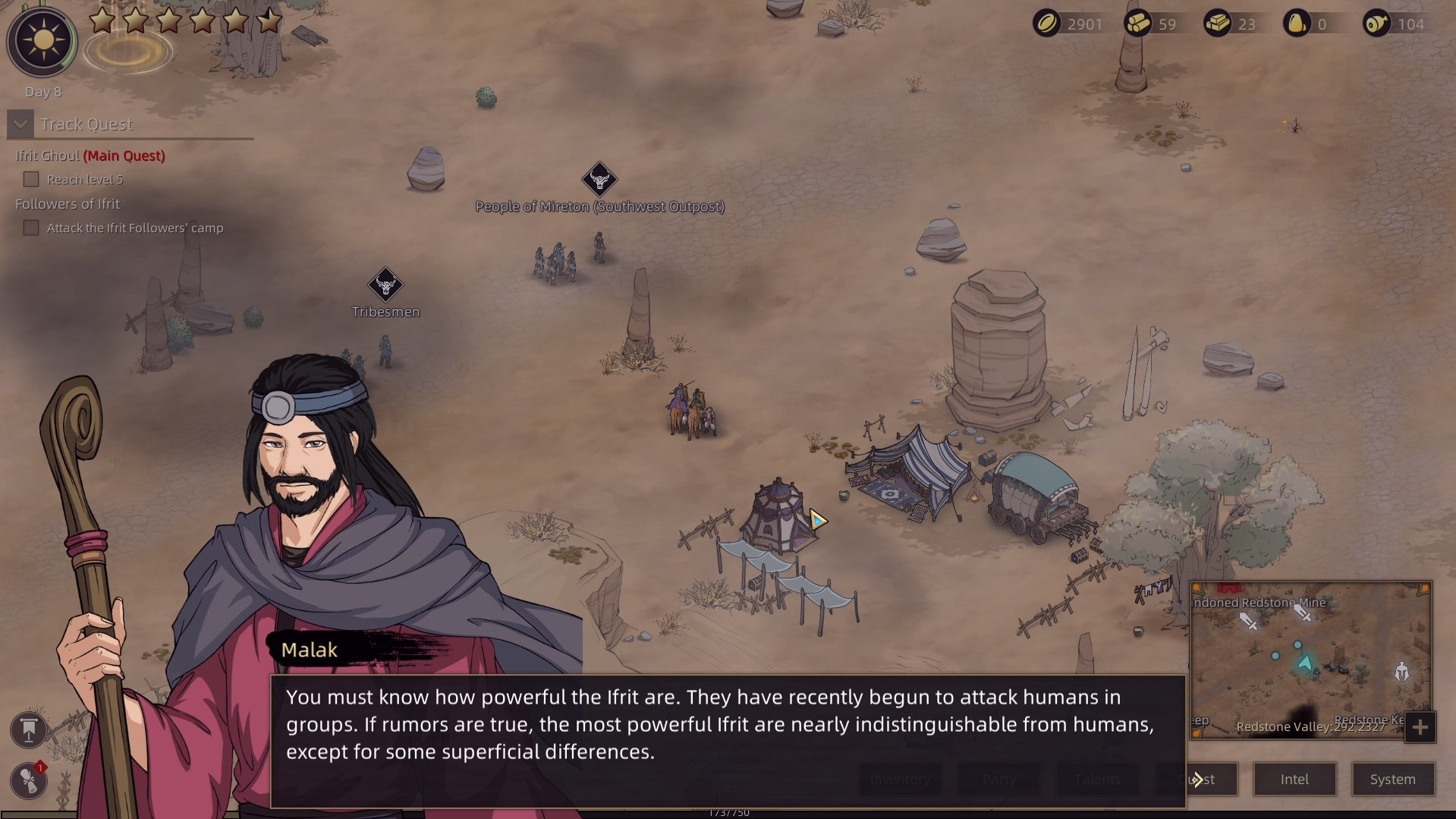 Once you’ve finished helping Malak and Isra by killing the ifrit, your first main quest will begin. Ifrit Ghoul has a simple objective to reach level 5, but it won’t take that long for you to reach the next quest afterward. To leave the starting area, you’ll need to talk to the Caravan Leader and decide where you want to travel to. The game recommends Redstone Valley first due to its easier difficulty and continuing the main questline here. 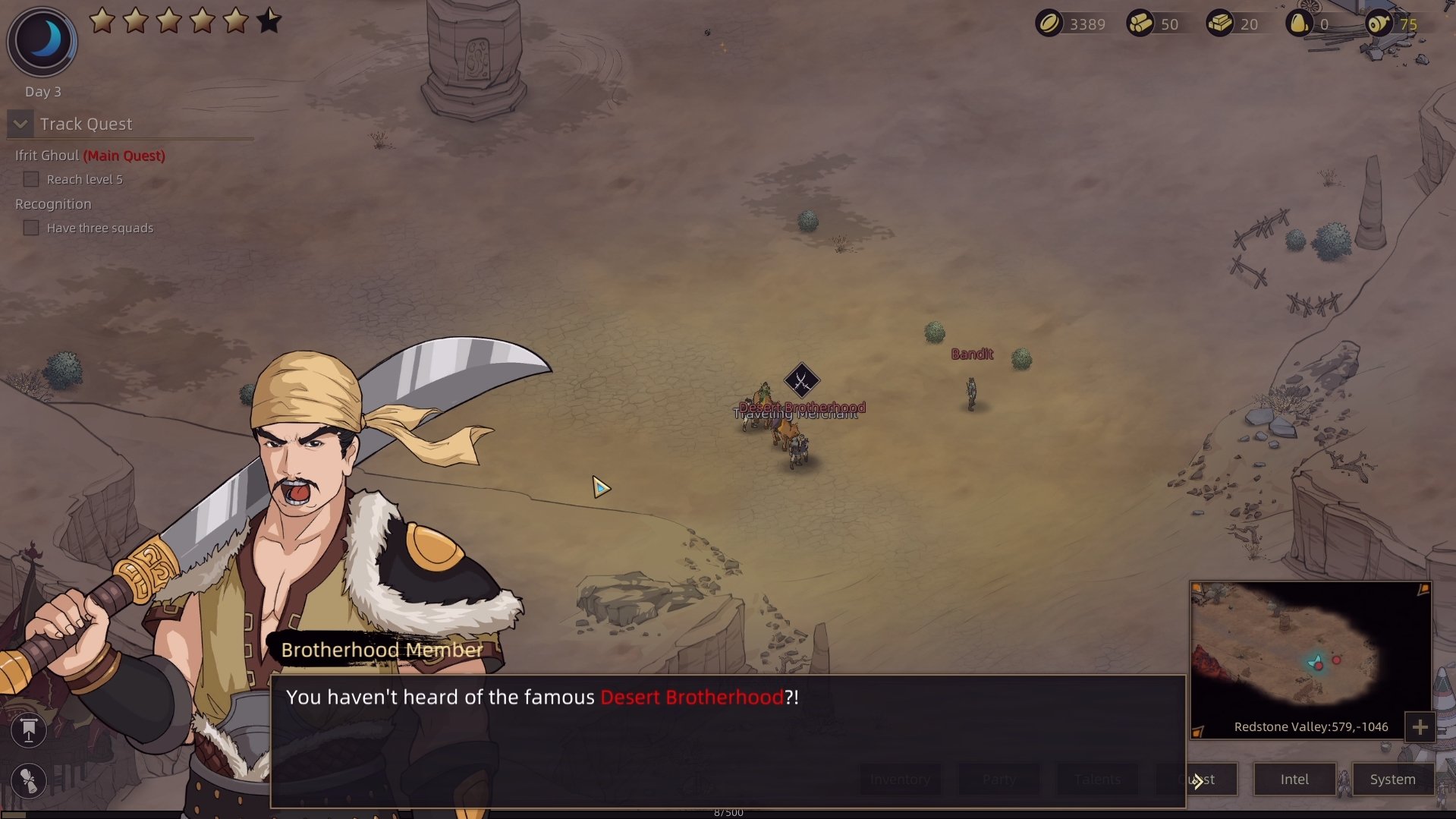 Upon entering Redstone Valley, you won’t have much direction on what to do. This is where the Sands of Salzaar world starts to open up and you have the freedom to do whatever you like. If you’re looking for advice on how to level quickly, here are some quick tips for our walkthrough.

If you find yourself struggling against the Bandits or Desert Brotherhood, try recruiting some units from an outpost. For a full guide on how to recruit units, head over here. In short, talk to the Village Elder at an outpost and spend some money to get a group of farmers. But, the more farmers you get, the more shared your experience is.

Malak Appears With a New Quest

Malak will eventually reach out to you around level 3 asking for help dealing with the Ifrit. He’ll mention that they’ve begun grouping up and attacking humans in the nearby area. In order to deal with them, he asks that you follow him to the Pahoehoe Lava Void where the Ifrit base is. Without an option to accept or decline, this starts a new quest, the Ifrit Ghoul Lair main quest.

For the next main quest in our Sands of Salzaar walkthrough, head over here to continue the storyline in Ifrit Ghoul Lair.