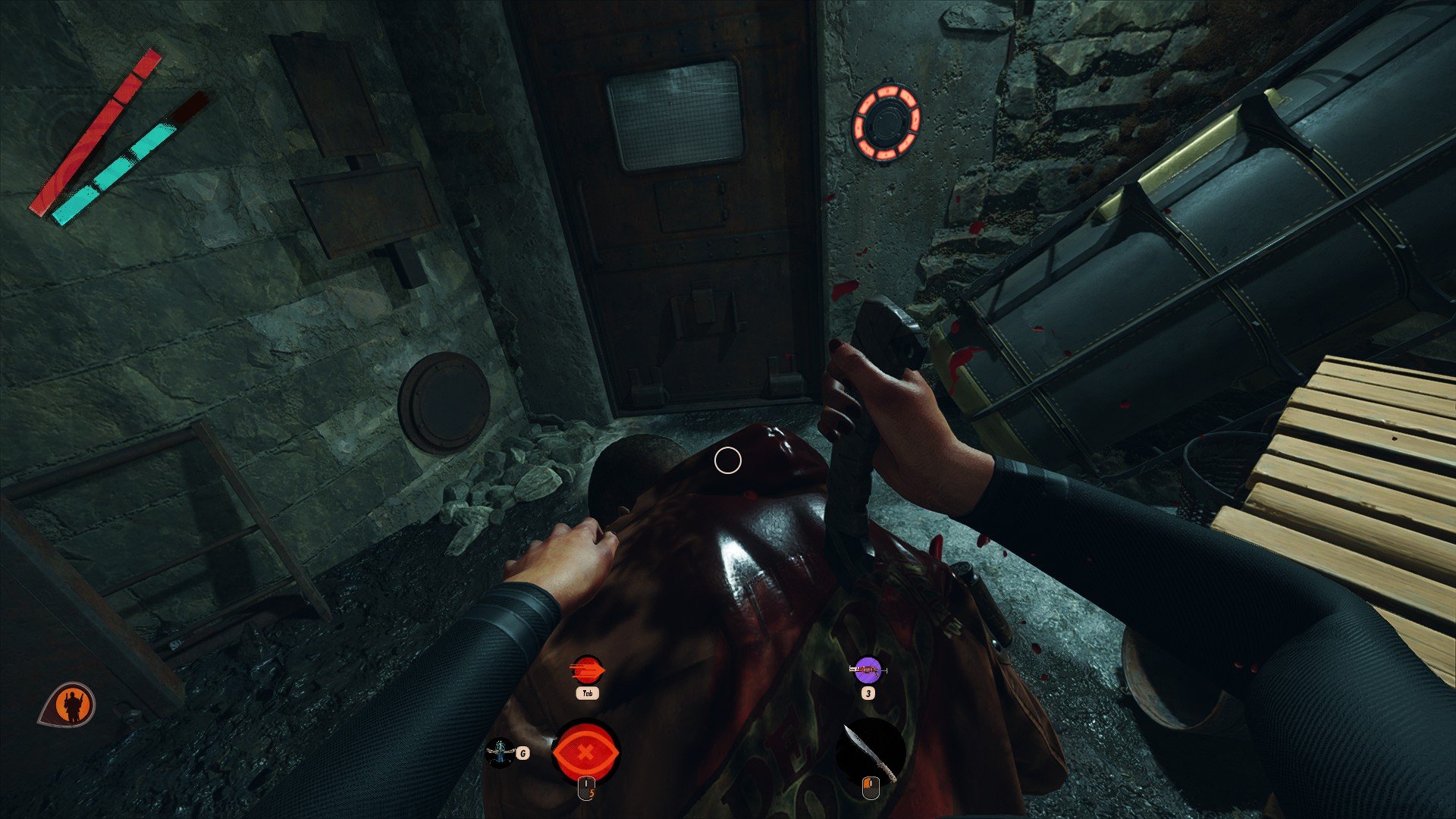 Now that you’ve made some progress in Deathloop as Colt, it’s time to mix it up as Julianna. Instead of trying to break the loop, you can instead protect it by invading other players. This can be a neat way to play through each district from a new perspective. And plus, it’s fun to hunt others down. Continue reading below for the best Julianna tips and tricks. 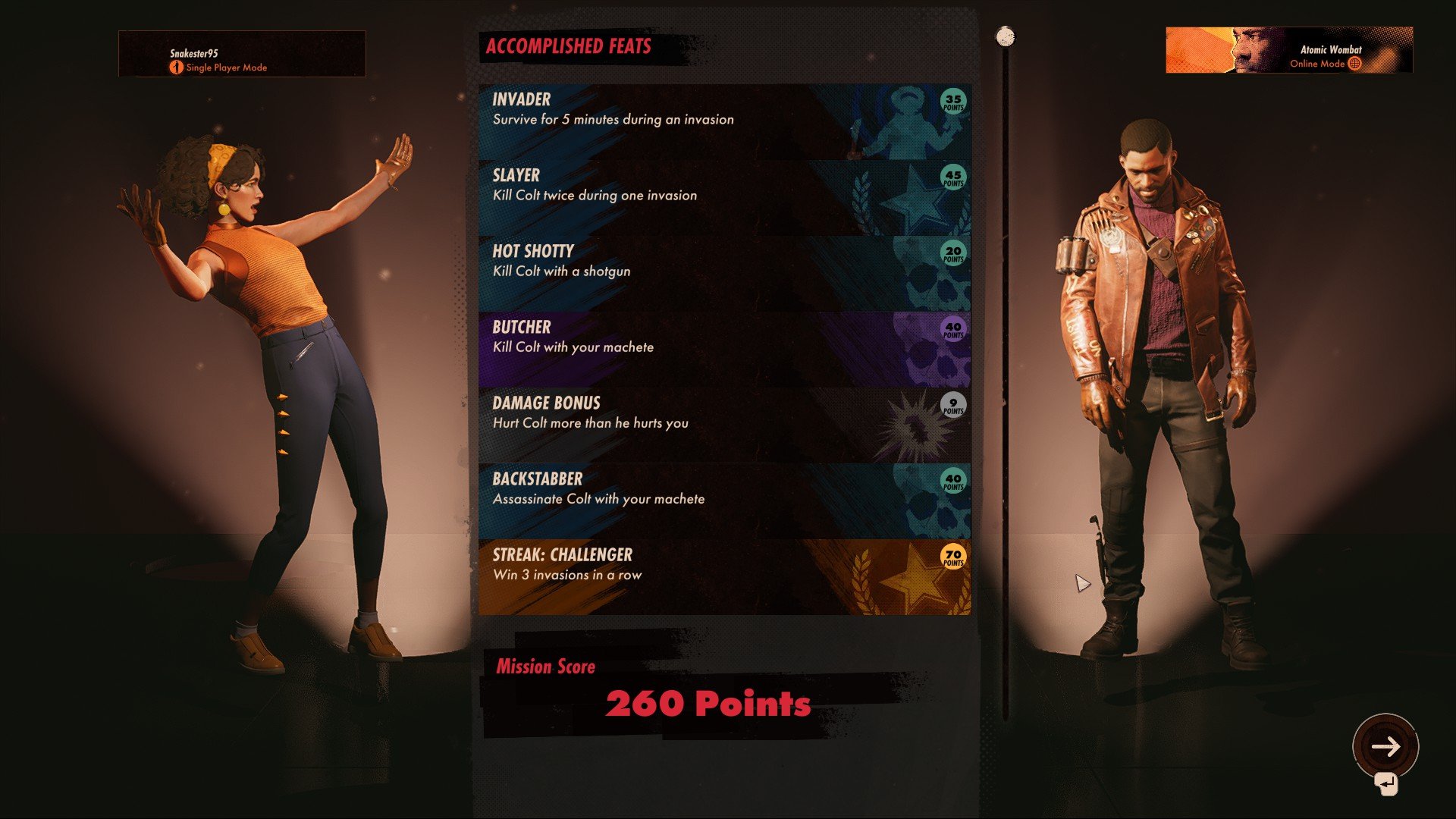 Certain Feats also have tiers that provide even more points such as surviving for a long time.

When you first start protecting the loop, you won’t have much gear as Julianna. Getting new weapons and slab abilities is handled differently from playing as Colt. Instead of infusing new gear in Deathloop, you just need to play the game.

When you invade another player, you can get all sorts of Feats/little achievements that provide points. These get added together at the end of a run helping you level up in Hunter Rank. For each Hunter Rank level, you’ll randomly get new weapons, trinkets, and slab abilities too. Here are some Feat examples that you can get: 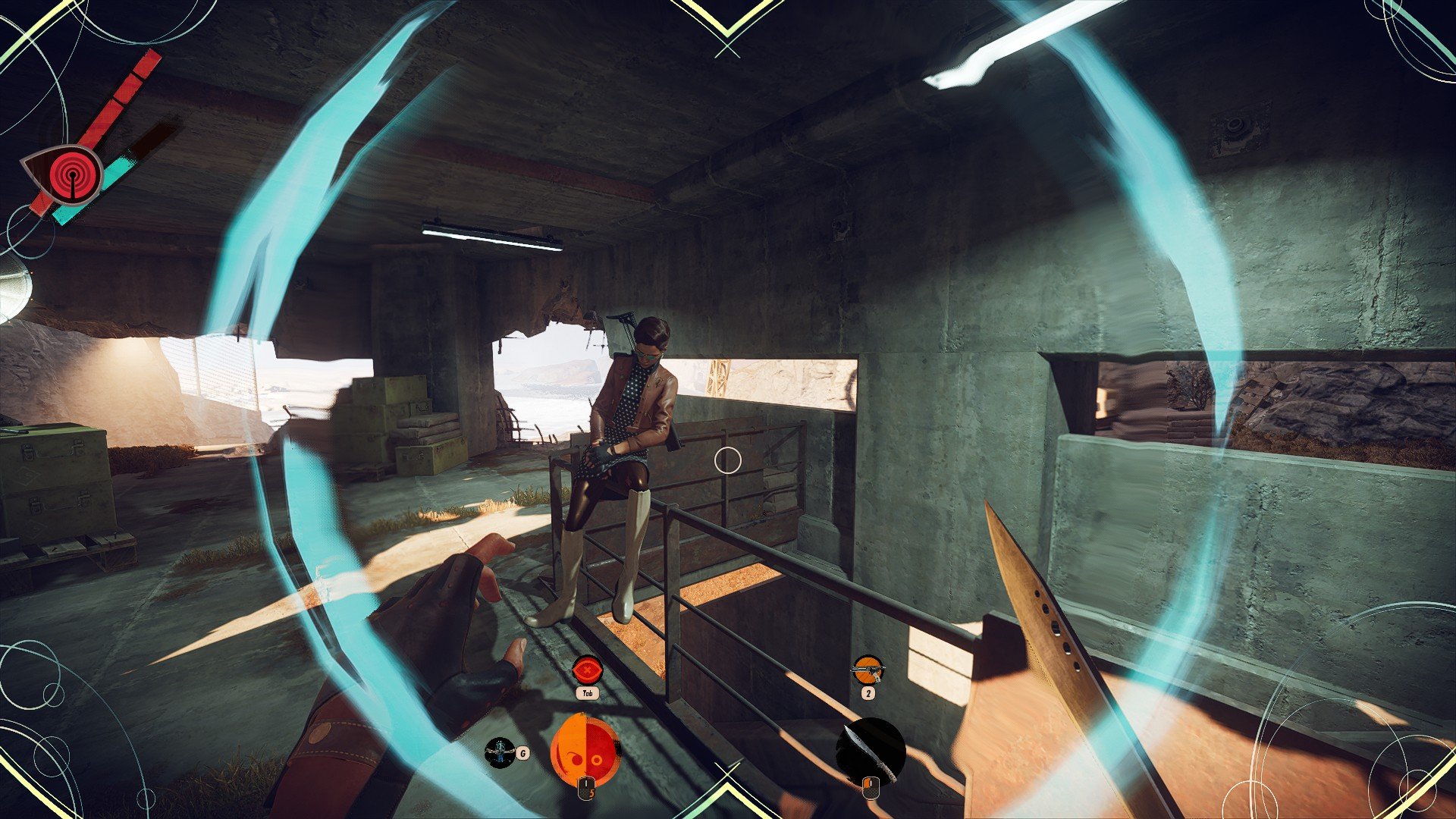 Masquerade is a strong slab ability if you know how to use it well.

Not everyone seems big on the Masquerade slab Julianna gets, but I love it. For those that don’t know, you can disguise yourself as an AI eternalist. But, you’ll swap your outfit/character with theirs. This can be a fun opportunity to trick someone when they think they have a good shot at you.

With that said, I primarily use Masquerade at the beginning of a Deathloop invasion to find Colt. You need to think like an AI and not move too erratically to not get caught. Also, you should stay near the other eternalists so it’s hard to pinpoint which one is you. And finally, it’s extremely important to hold the reload button to holster your weapon. Otherwise, you’re easy to find.

Tip 3 – Use the Machete in Deathloop 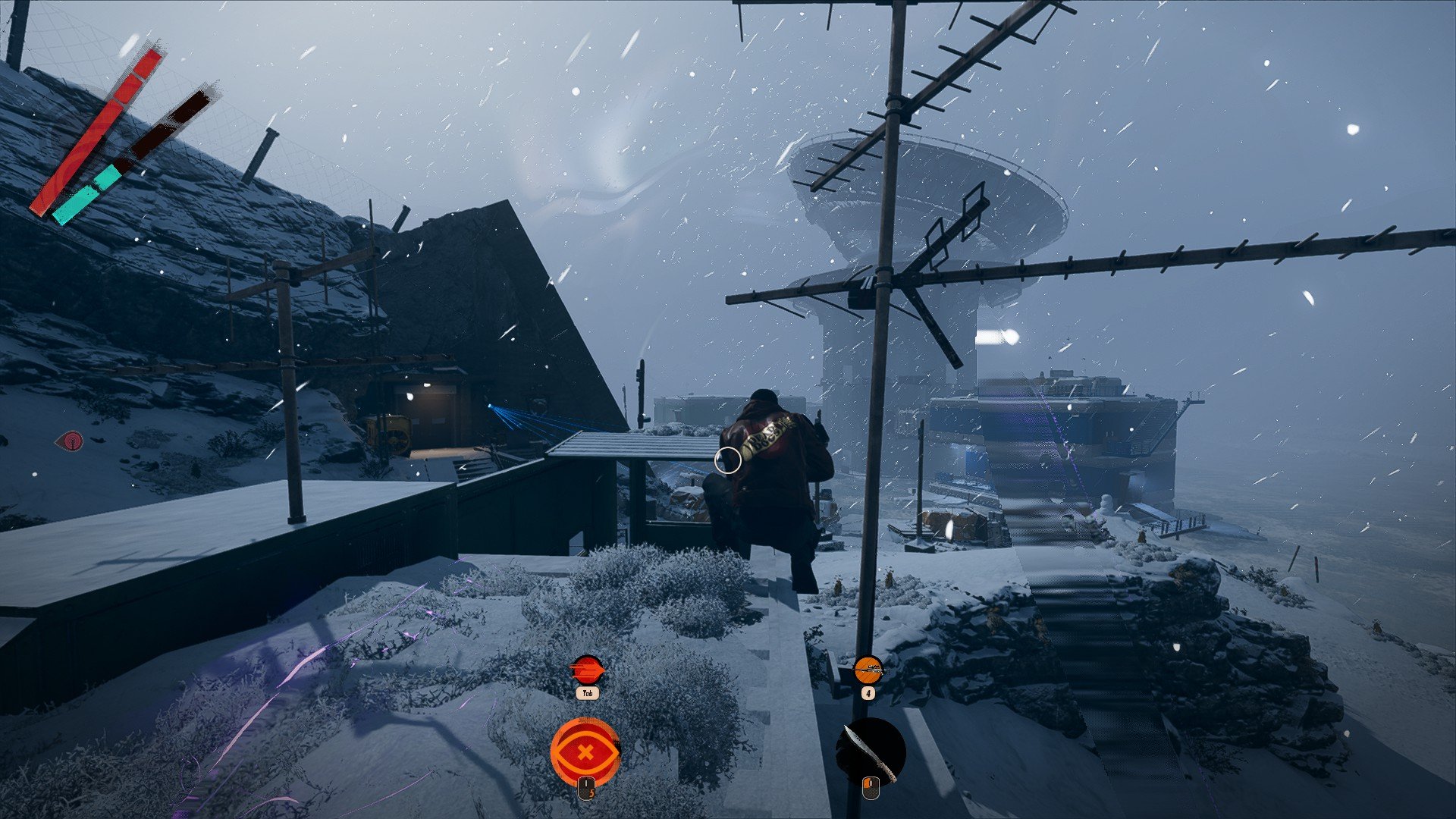 The machete is a little too overpowered at times since it registers certain angles as an instant kill.

The machete is an overpowered weapon for both Colt and Julianna players. Whether I’m quietly using it on eternalists or an unsuspecting Colt player, it’s so strong. This is because you can easily get a one-hit assassination kill by getting someone from behind or above. And even still, it can only take a few hits to get someone from the front.

The Aether slab combined with the Ghost upgrade explained in our All Slabs and Slab Upgrades guide is deadly. You can easily set up traps by waiting for a Colt along their path. This is definitely my favorite way to play Deathloop during invasions. 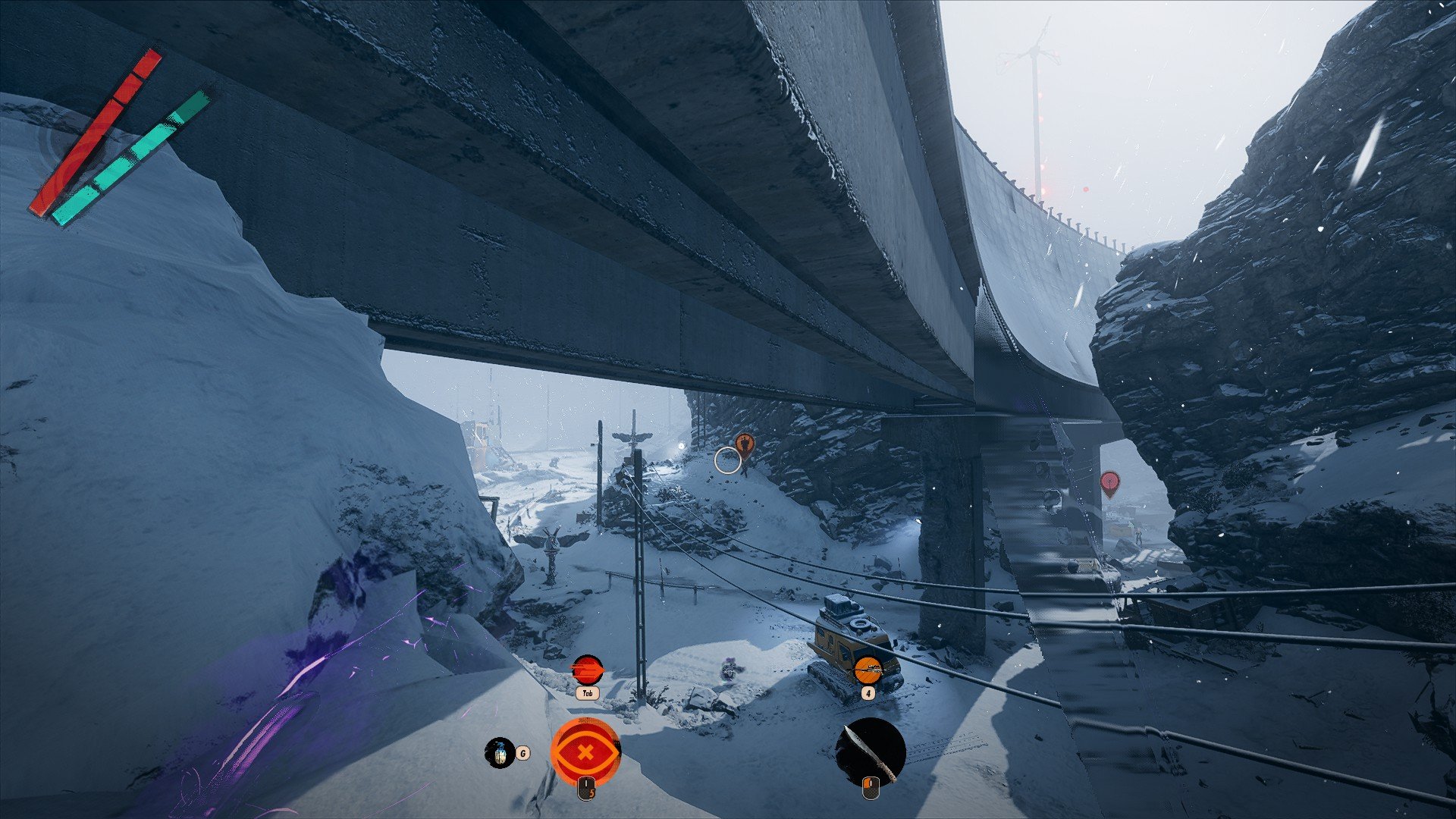 Keep an eye out for eternalists marking Colt or even a scared visionary yelling that he’s near.

If you want to win a Deathloop invasion, you need to know how to find Colt easily. In most cases, players love to rush to the antenna so they can escape in a hurry. This is a good way to find them right off the bat. Otherwise, you can find other useful clues like weapons or trinkets left behind from vaporized eternalists.

The same way the AI can notice ashes from other dead AI, you can too. I wouldn’t rely on this since it’s difficult to use. But, it’s still good to know of. And finally, one of the best ways to track down a Colt player is using AI markers.

If an eternalist spots Colt, a small orange marker will appear regardless of where you are. Just be careful since this marker isn’t always directly on the player. Sometimes it’s near them or at a spot where they’re causing noise such as from a grenade. 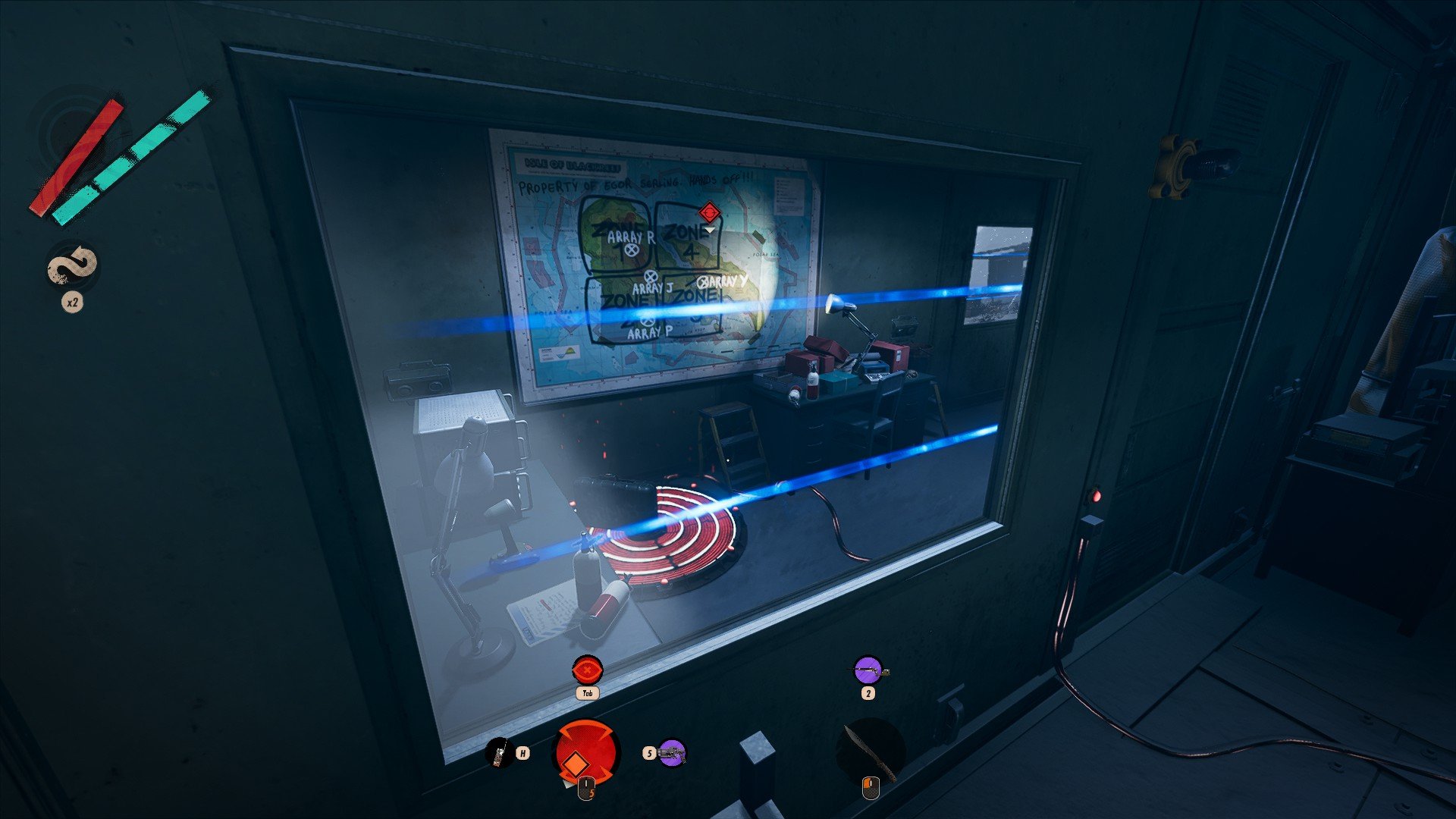 Tripwire mine similar to the lasers shown in this screenshot can be a pain to deal with. Especially if a Colt player doesn’t have Shift.

The Strelak Sapper Charge is one of my favorite devices to take advantage of in Deathloop. You can easily set Tripwire Mines to block routes and place Proximity Mines along popular paths. Many players aren’t prepared for a change in the loop they think they’ve memorized.

This can lead to someone using the Shift slab ability to teleport right onto a mine. I know I’ve done it before even with the AI Julianna invading my session. It’s easy to build muscle memory when traversing an area multiple times. Even if you don’t use Proximity Mines, blocking windows can be a fun nuisance with tripwires as well. 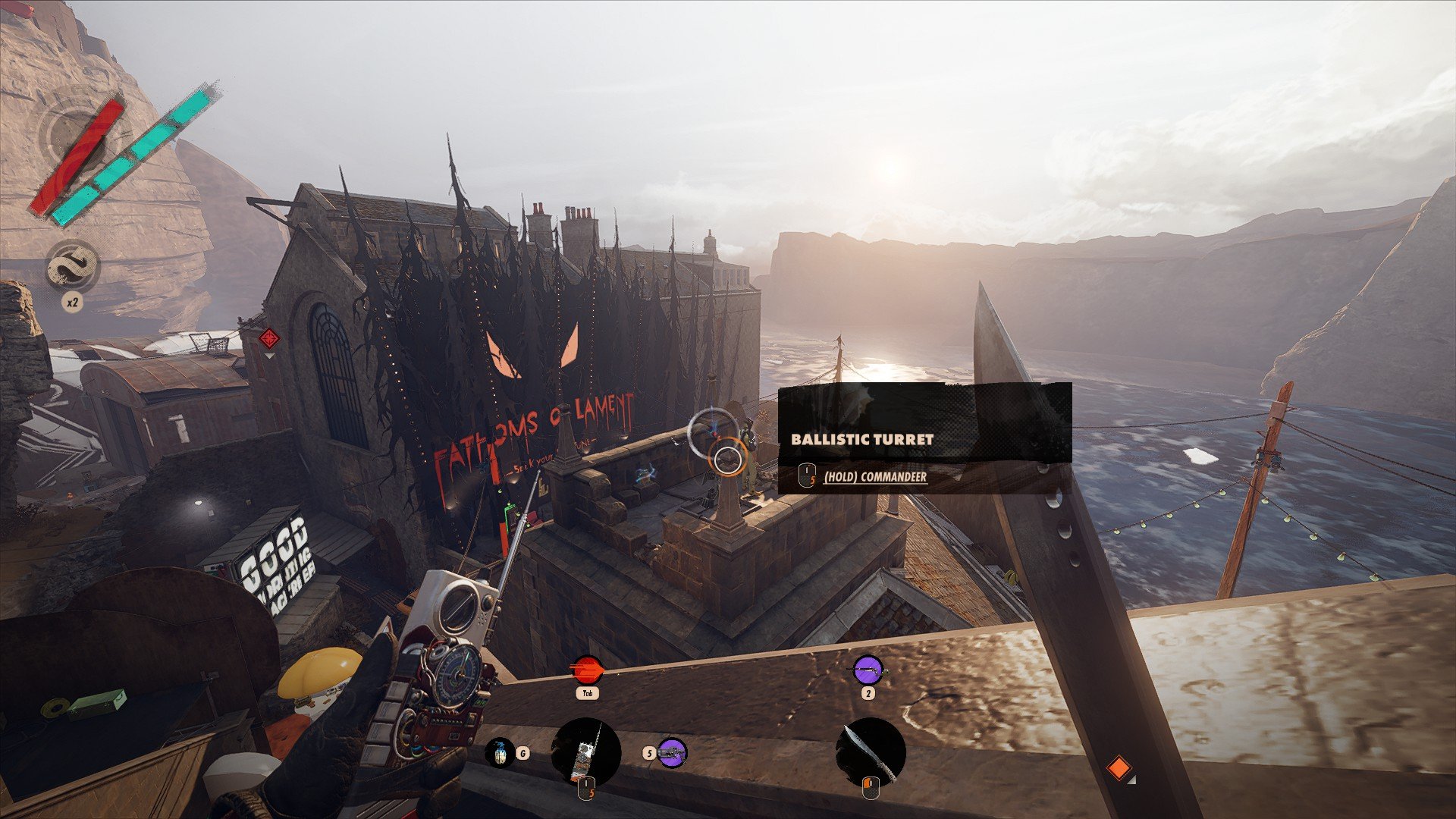 Moving turrets can make them much more difficult to hack if they’re well placed.

Building off of the previous Deathloop tip about mines, you can take advantage of moving turrets and mines already placed. This continues to mess with the more experienced players that think they know where everything is. An area that was once safe may now be a death trap.

If you have four total mines between placed and in your inventory, you won’t be able to pick up any already placed. This only applies to ones placed by the game and not you. Also, Proximity Mines and Tripwire Mines placed by eternalists won’t trigger on you. Just make sure you don’t accidentally walk near a mine placed by Colt.

Tip 7 – Check the Journal in Deathloop 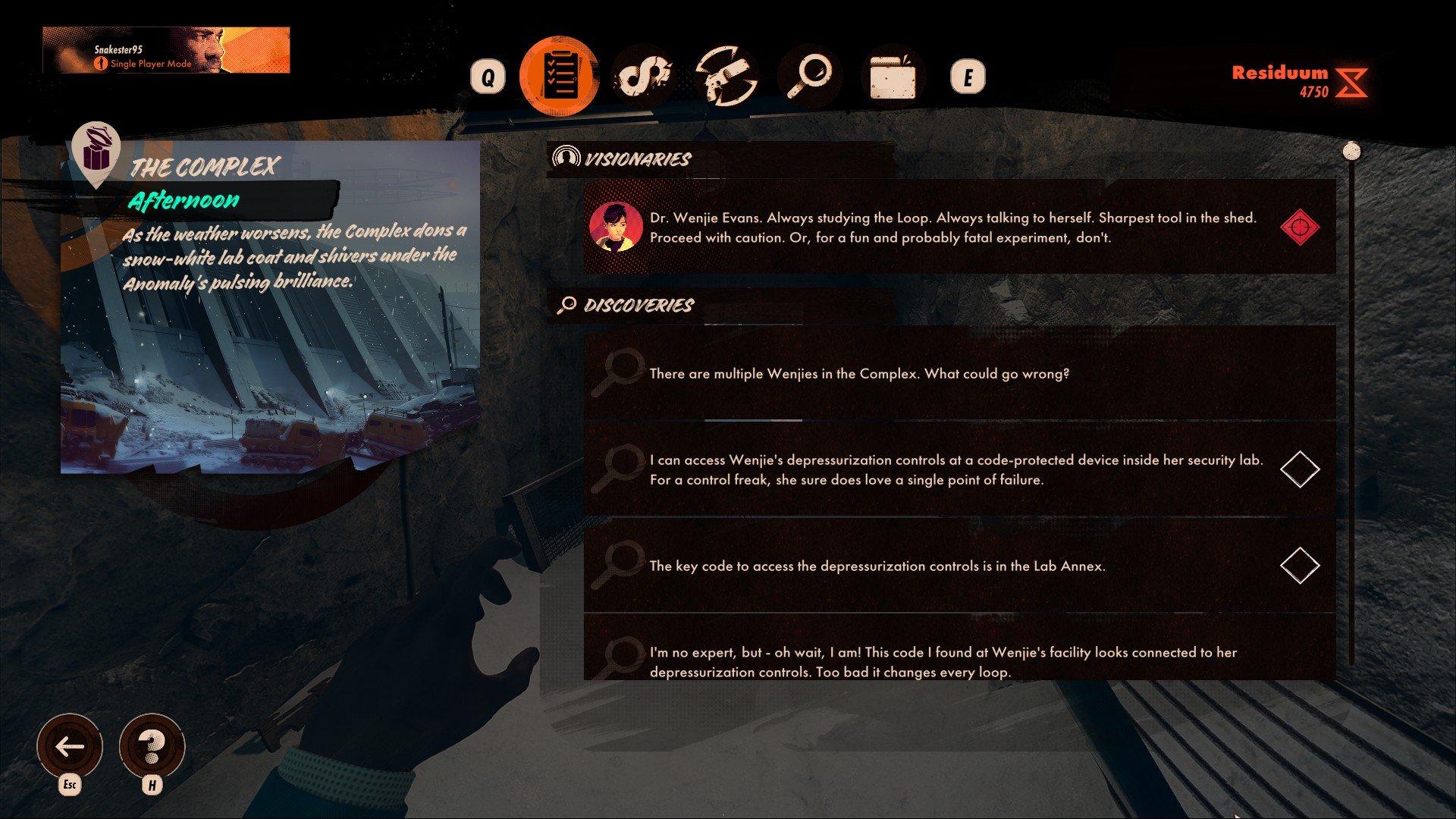 Even though this is the journal from Colt’s perspective, you’ll see a similar screen with less info.

You may already be used to checking your journal for clues as Colt in Deathloop. However, it’s also important for when you first start an invasion as Julianna. This is because you can see what time of day it is and the visionary target as well. If a player is far into a loop, chances are they have more Residuum to lose and may play differently.

Also, by knowing the target a Colt player is hunting, you can better prepare for them. Whether that means setting up traps or simply knowing where to look for them. 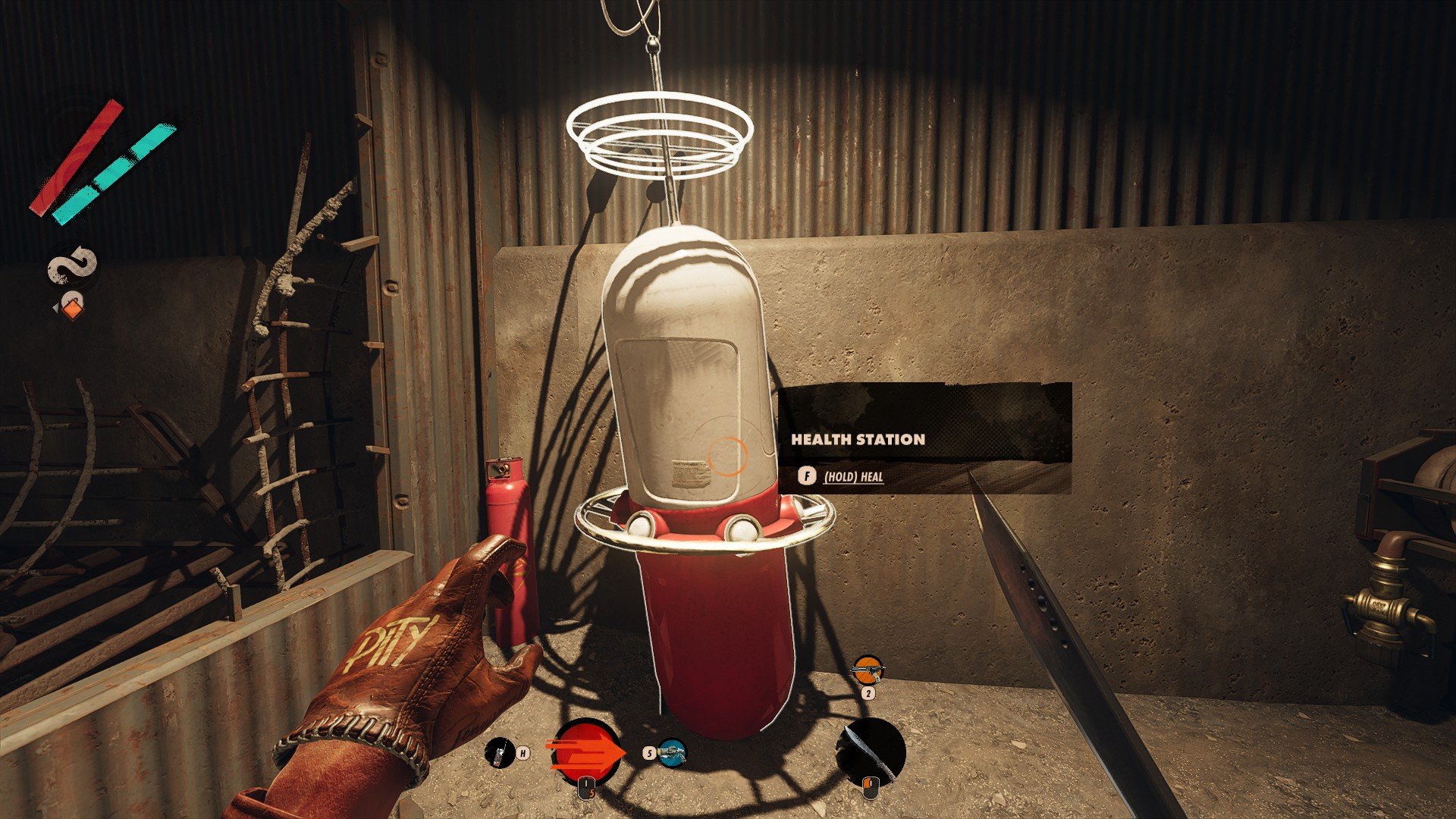 Health Stations are a great way to get your health back up to full if you can do it safely.

While I can’t confirm if Fiz-Pop bottles are client-side or not, this can be a good way to reduce healing opportunities. If these bottles aren’t client-side, you can make it much more difficult for a Colt player to heal up. And if they need to use a Health Station, they’re extremely vulnerable doing it. 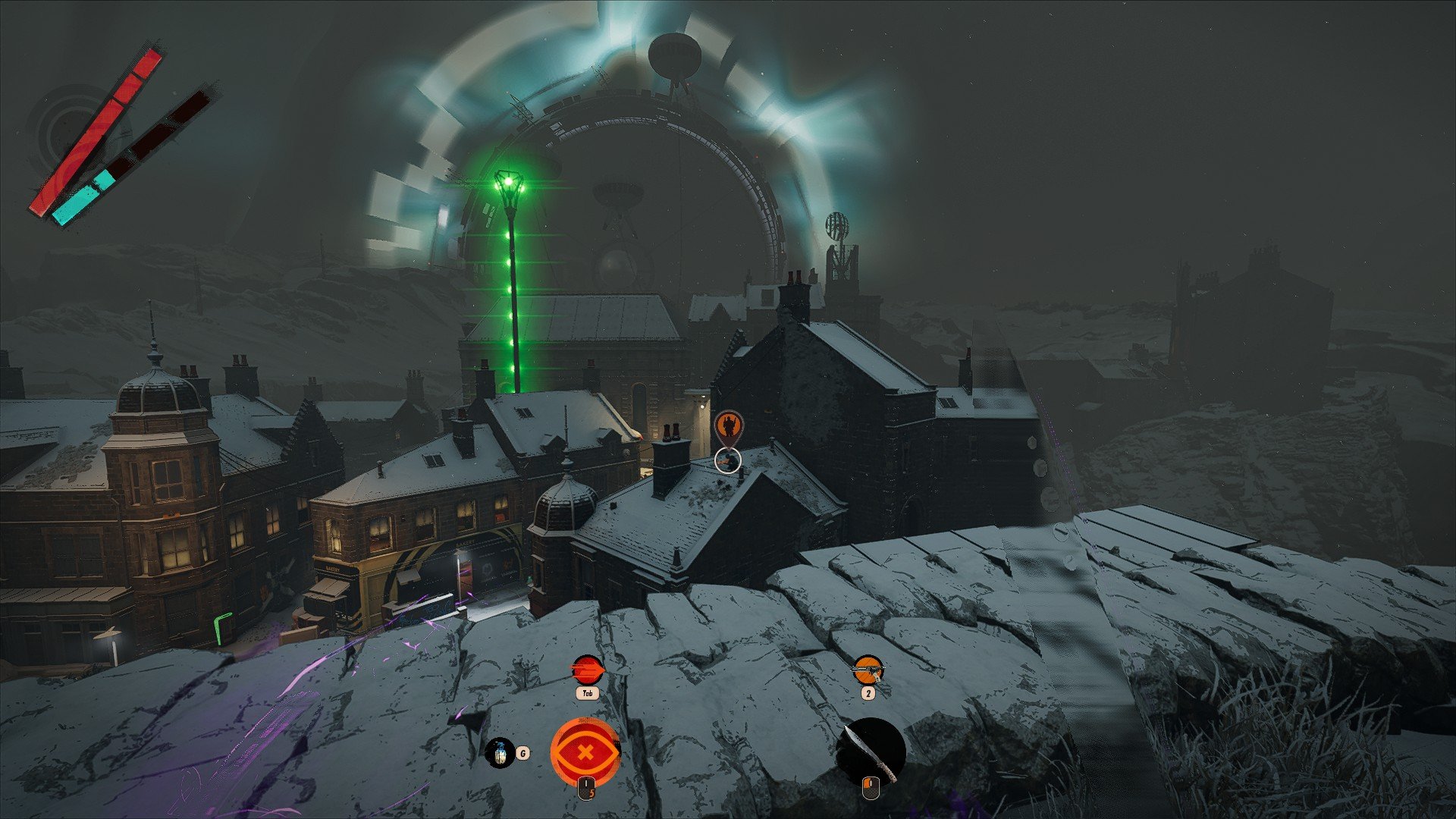 Rooftops are an easy way to get yourself noticed if you’re not careful. But you can also catch a Colt player by surprise.

Unless you want to play aggressively as Julianna, you should be careful running along rooftops. Players will easily spot you if they see someone sprinting and jumping across buildings. However, you can still hop on a roof and use Aether to get brief scouting opportunities. Or if you have the Ghost slab upgrade we mentioned earlier, you can stay invisible on a roof.

With that said, there are certain Blackreef districts in Deathloop where AI patrol rooftops. This can be an opportunity to use them without drawing as much attention. Just be careful if you’re using a sniper rifle since they have a bright lens flare. This is the same for Colt players as well. 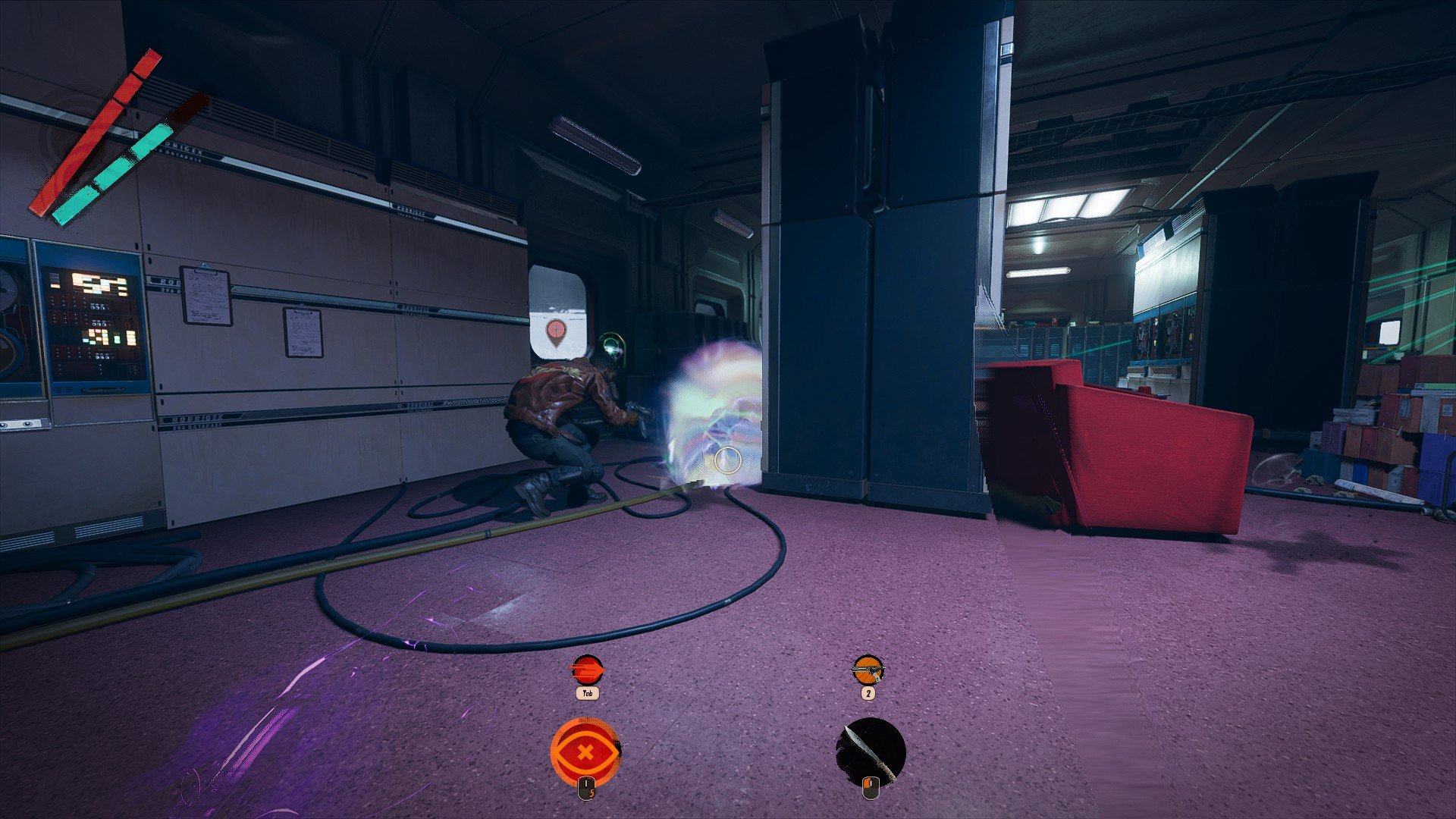 Players love to try and relcaim their Residuum leaving their back often vulnerable.

Unlike Colt with three lives per area, Julianna only has one life so you need to be careful. However, having two extra lives can be a curse if you know how to take advantage of Colt players. Once you get the first kill, many players return to their body to try and recover their Residuum.

This is almost always an easy opportunity that often feels too easy to win. Chances are you’ll get the second kill on them this way and then they may try to escape with their life afterward. Funnily enough, plenty of people will still try and recover their Residuum. Especially if it’s late in a run and they have more to lose.

That’s all there is to this Deathloop guide on the best Julianna tips and tricks. If you have any other questions whether it’s regarding invasions or not, feel free to comment below. Or visit one of the many guides we have here also listed below.

I thought I would comment, that having your friend join you as Juliana as an allied support member for killing off the NPCs together, or better yet, assassinating the Visionary as they can get close without rousing alarm, it is at least as much fun as Juliana invasions!

That's a fun way to essentially have a co-op version of Deathloop. I'm glad that works especially for when you're playing with a friend!