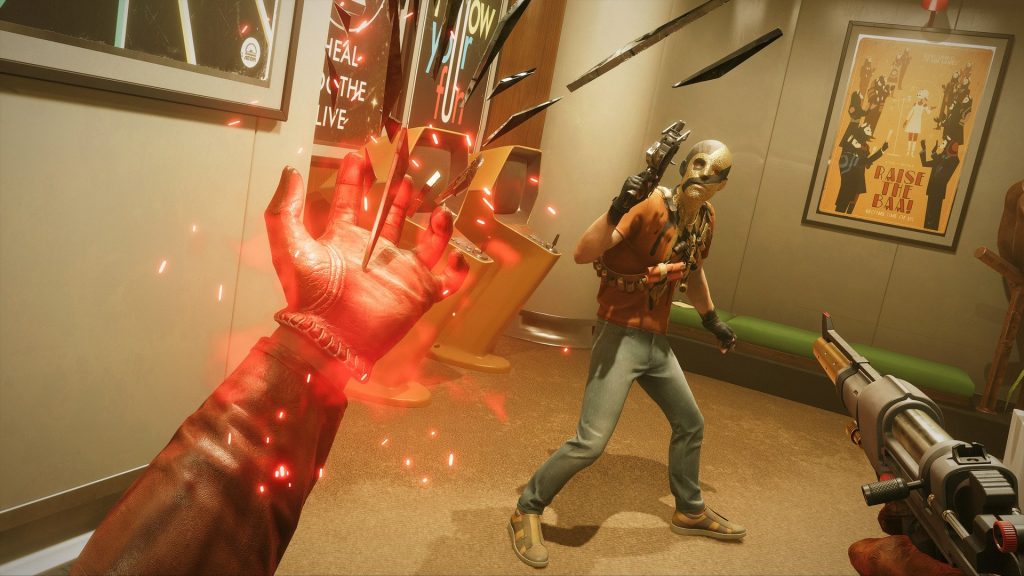 Deathloop truly becomes a blast to play as you unlock new slabs and upgrades making you even stronger. These are the abilities that your character can gather throughout the story unlocking new powers. As you jump from loop to loop, you’ll continue getting stronger and finding fun new ways to play.

The best part is that you can find slabs that work well for different playstyles. If you’re someone that loves to play quietly, then Aether’s invisibility is probably for you. Or if you prefer to play aggressively, then Havoc is definitely the move. It can make you a tank for taking damage while also pumping it back out.

This Deathloop guide simply shows every slab and upgrade that you can get. Each section below also mentions how to get them and the descriptions for each one. I’ve thrown together some quick tips and tricks for each power to help you get started. And lastly, you get slab upgrades by repeatedly hunting the target you got it from originally.

All Slabs and Slab Upgrades in Deathloop 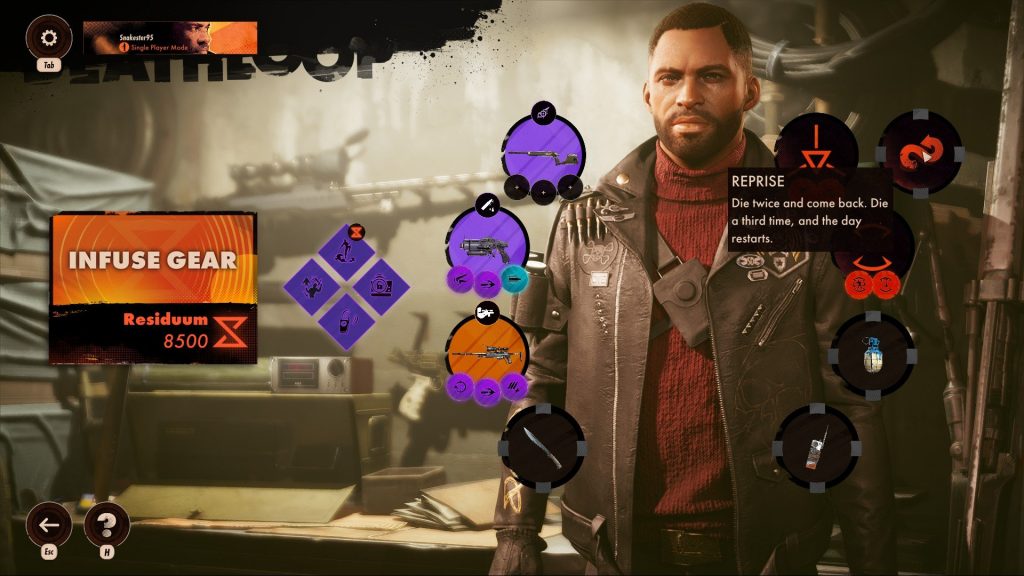 You get this slab right near the start of your journey so you can get knocked down a couple of times without resetting. Fortunately, you always have this one equipped so you don’t need to debate equipping it. With that said, you’ll still need to revisit your body to collect the Residuum currency revealed early on. 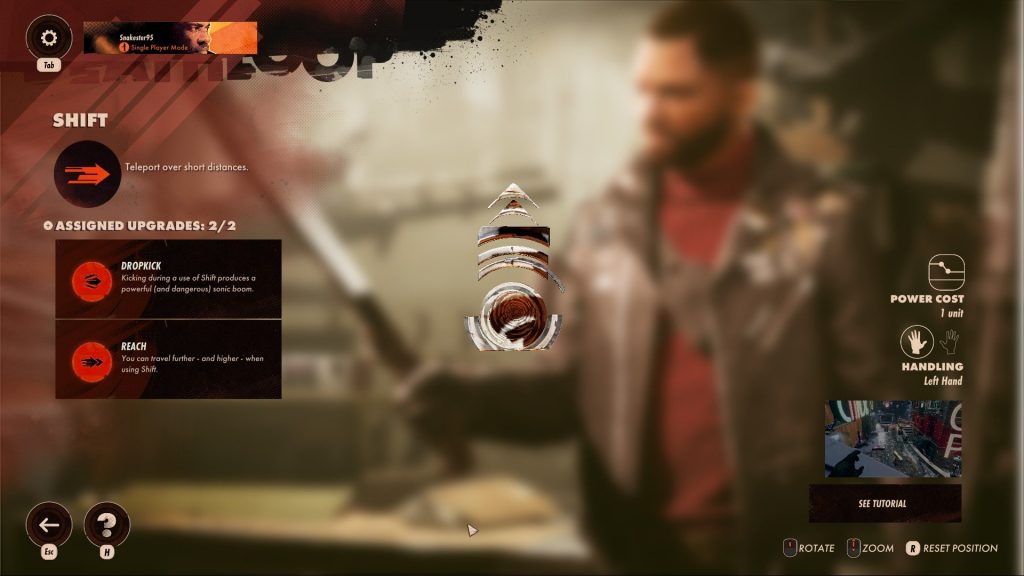 This is easily my favorite ability because it’s great for getting around. I love to use it both when I’m in a rush or just trying to reach a window out of reach. Shift works well in any player’s loadout since you can also use it to play aggressively too. Reach is my goto upgrade, while the others are for fun.

Kicking an enemy off a cliff or over a railing is fun, but dropkicking them is something else altogether. Even if you just use it for a random loop or two, the Dropkick upgrade is hilarious to take advantage of. 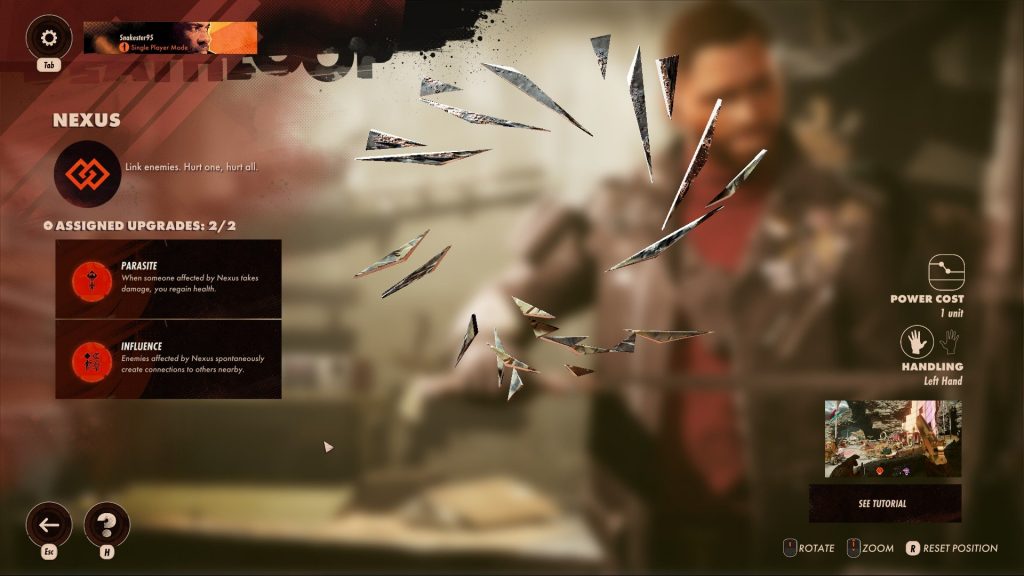 You can use this slab to shoot out an orb connecting multiple enemies to each other. As the description teases, you can take out multiple enemies by dealing damage to just one if they’re connected. I love this for playing quietly and aggressively. You can definitely get creative with it as opportunities pop up.

Take advantage of the Juiced Up character trinket for an extra energy bar while also using the Protraction Nexus upgrade. Your energy tends to drain quickly when linking too many people together. This setup can help offset that leading to massive combos. With that said, my goto combo is Parasite and Influence. 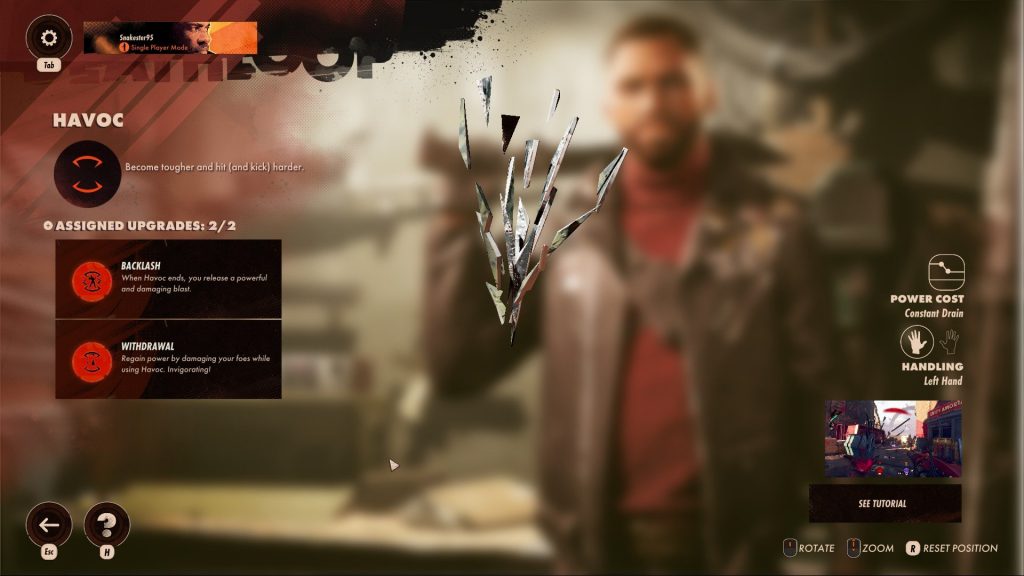 This slab is easily the pick for anyone that likes to play aggressively. Havoc lets you take a beating while also dishing it too. With that said, my favorite slab upgrade is Backlash since you can manually activate a powerful blast. You don’t need to wait for your energy to run out.

This leads to some silly situations where you can spam a powerful blast that sends crowds of enemies flying. I almost wonder if the Deathloop developers thought about this happening or not. Since it’s an extremely fun and silly upgrade to use. Otherwise, this can also be a powerful slab for the PvP Julianna mode. 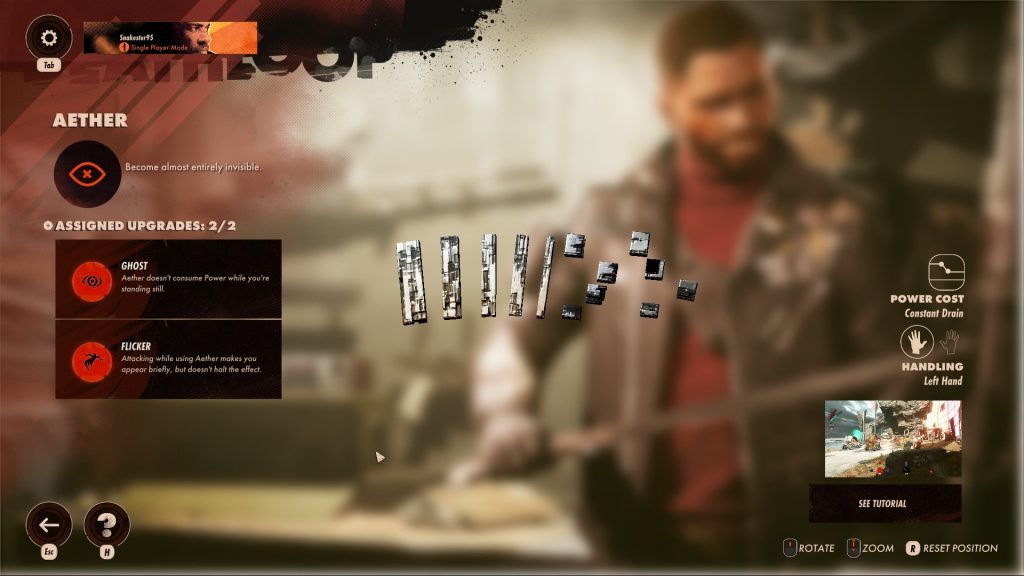 Even as someone that played through most of Deathloop quietly, I didn’t take advantage of Aether much. With that said, I think if I got certain upgrades earlier I may have. Ghost and Phase are great together for roaming Blackreef taking out enemies.

That aside, Aether is the first slab you get when playing as Julianna in the PvP mode. And this is where it truly shines because you can catch players off-guard. It’ll take you a little bit to unlock the Ghost upgrade, but it’s a gamechanger. There’s nothing more satisfying than hiding in a corner with a machete waiting for that opportunity. 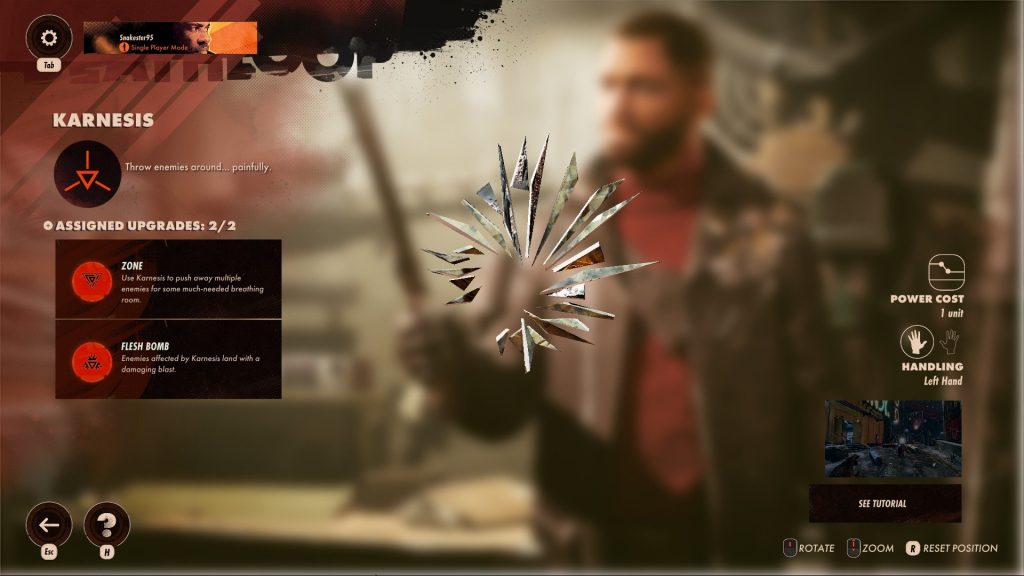 As goes with many Deathloop slabs being entertaining to use, Karnesis delivers. Even before you get any upgrades, it’s hilarious tossing people around. This is essentially a telekinesis power despite not being able to use it on objects. However, you can toss people off rooftops, cliffs, or into an ocean of frozen water.

I’d recommend using Zone and perhaps Slam. I haven’t used the Suspension upgrade enough to talk about it. But, Flesh Bomb is risky since you can also hurt yourself if the enemy you’re tossing is close by.

The Fugue slab was added to Deathloop in the free Goldenloop update alongside other content as well. Such as the new Halps Prototype weapon, crossplay for PvP, and even a new Eternalist enemy. The Paint-Bomber chases after you with paint-filled explosives.

Regardless, the Fugue slab is described as a projectile that slows and confuses its’ target. Certain upgrades can make it work a little differently so make sure to read the table below. I can already imagine having fun using the Earworm upgrade against players invading as Julianna.

One final neat tip worth mentioning before ending this guide is about getting slabs from invading players. I’m not one hundred percent sure how it works, but I believe you get the slabs that another person has equipped. In my experience, I’ve gotten two from beating a Julianna player invading me. Instead of the usual one from an AI.

That’s all there is to this Deathloop guide showing all slabs and slab upgrades. If you have any questions, feel free to ask in the comments below. And I’ll try to help out if I can. Be sure to let us know which ability is your favorite to use.