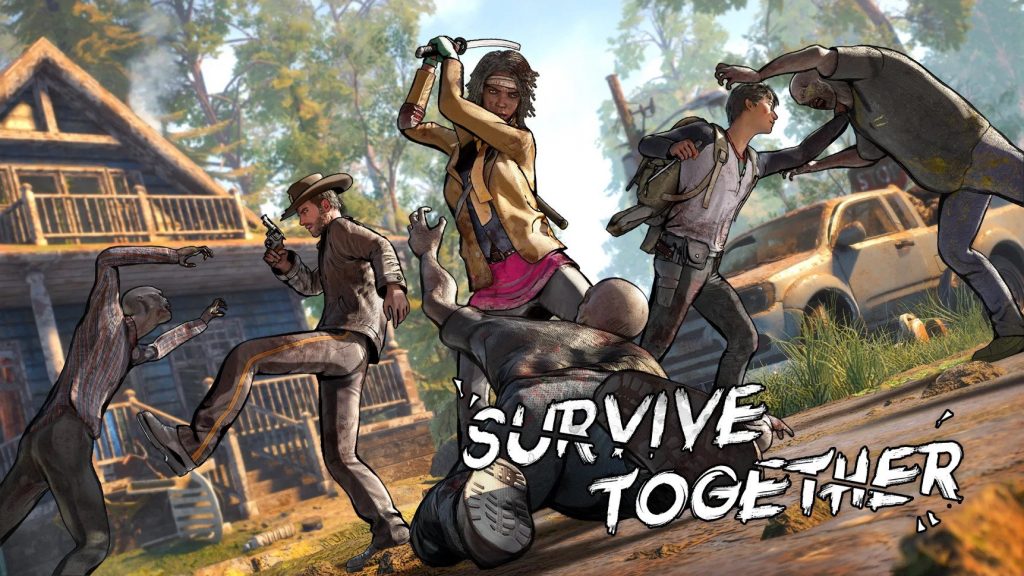 The Walking Dead: Survivors (TWD: Survivors) is a mobile game where it’s important to know how to defend your base. Once your Town Hall reaches a certain level, your shield goes down and you become vulnerable to attacks from other players. And if you’re hoarding a lot of resources, players are going to want those when scouting you. Continue reading our guide below to learn how to defend your base.

How to Defend in The Walking Dead: Survivors 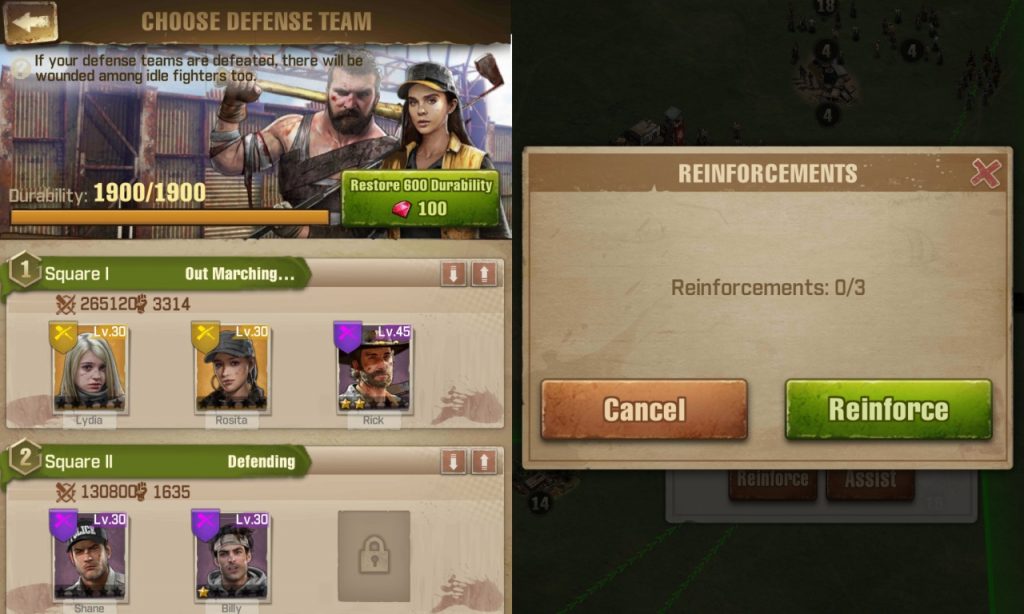 While there are several methods for defending your base, the main way is via your defense team.

As you get further into TWD: Survivors, you’ll need to defend your base from other players. Buildings, technology, and fighters all start to get even more expensive requiring enormous amounts of resources. This is why people often join up with clans so they have both protection and help hunting others down. The unfortunate reality for some is that player versus player (PvP) combat is frequent. And it’s sometimes necessary to keep growing your base.

The one good thing regarding how to defend in TWD: Survivors is that it’s automatic. There are still a few tricks to making your defense stronger and protecting more resources, so don’t run away yet. However, your base defense is automatically put together as you set up formations.

As long as your formations aren’t away from the base, they’ll defend it against incoming enemies. If you tap on any wall gate and then tap the Defend button, you’ll see your current setup. This shows how strong each formation is and the survivors leading them. Also, this page shows your current wall durability.

For more information on how to defend your base and resources further, continue reading below. Each section dives into different tips and tricks to help you stay alive in TWD: Survivors.

Protect Your Resources in TWD: Survivors 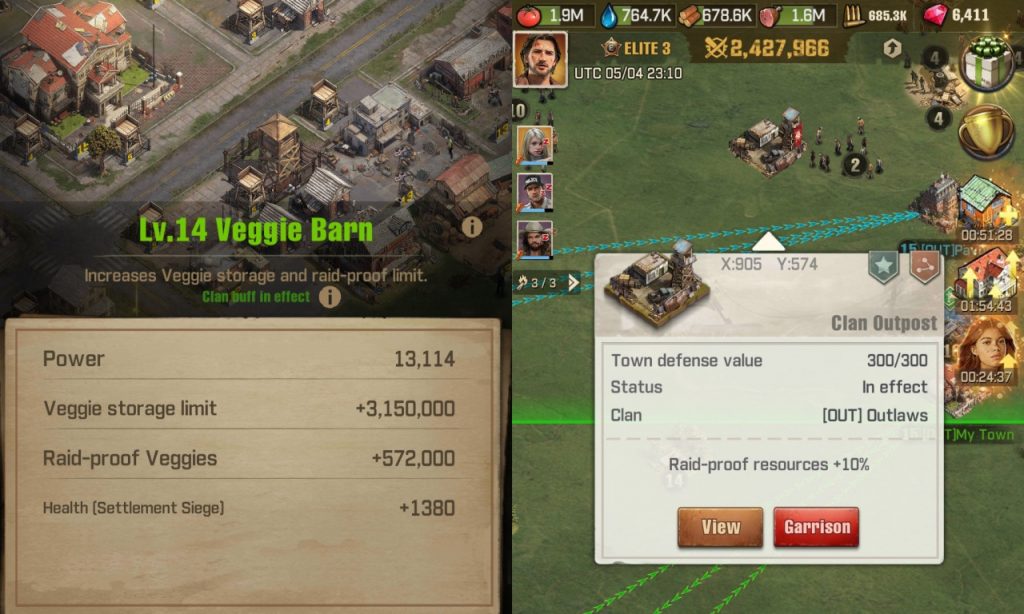 Keep your resources safe even when losing with raid-proof storage.

For example, upgrading the Lumber Storage or Veggie Barn buildings. In addition to this, you also get another 10% raid-proof storage if you’re within clan territory. Such as near a built clan base or outpost.

Clan Members Can Reinforce Your Defenses 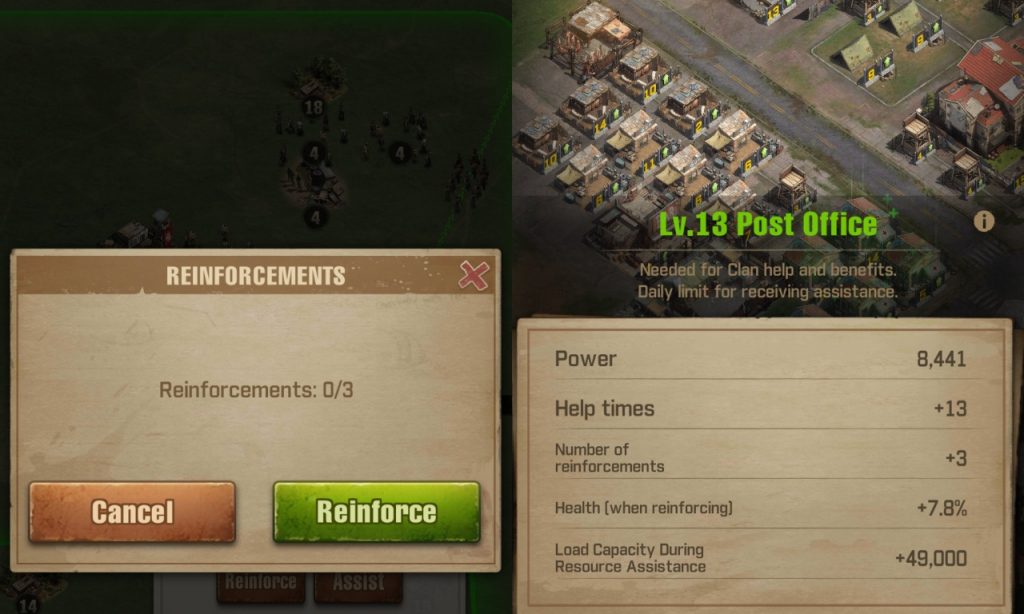 Ask your clan members for help reinforcing you if you’re getting hit by someone too powerful.

If you’re getting bullied by other players relentlessly attacking you and you’re not strong enough, you still have options. First, you’ll want to join an active clan that has most of its members near a base or outpost. This is so you can more easily help each other and also scare off others.

You’ll reduce march times for events by being closer. And if you’re not in an active clan, you can always leave for a different one. Second, you’ll need to build the Post Office at your base so you can get reinforcements. This makes it so other clan members can send formations to defend your base.

Then, the next time you get attacked, the enemy will have to deal with both your defense and reinforcements. This is an easy way to throw an enemy off, especially if they scouted your base before you’re reinforced. Or if they see the reinforcements, they may pick a different target altogether. Remember, the more you upgrade your Post Office, the more reinforcements you can get. And if you still can’t fight back, you can always relocate to another area. 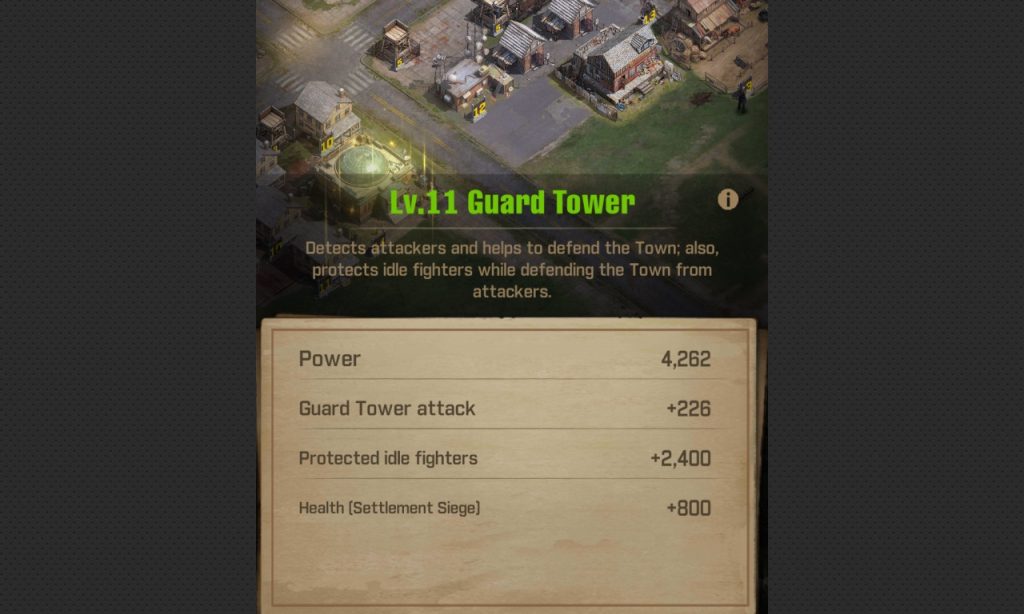 The Guard Tower is a useful TWD: Survivors building for keeping unused fighters safe and getting a few kills too.

The Guard Tower is a useful building to upgrade since it also helps defend your base. Aside from fighting back and even getting some kills, it defends your idle fighters. These are any fighters that haven’t been assigned to a formation. Whether that’s a tier 1 group you found exploring or some that haven’t been promoted yet. This helps lower your wounded fighters and potential losses too.

Another useful building alongside the Guard Tower that you’ll always want to prioritize is the Wall. You’ll need to level it up to continue upgrading your Town Hall regardless. But, you’ll also get defense and attack buffs while defending your town. Plus, it helps with Settlement Siege events too. 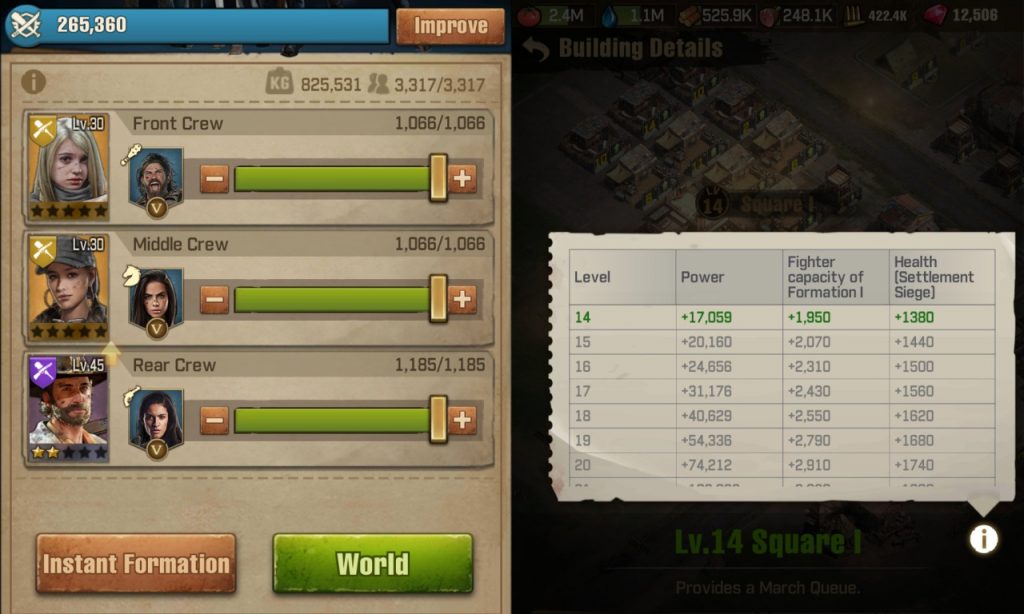 The higher power your formations are, the better your overall defense is.

If you want a stronger defense, you’ll need to keep increasing your overall power and formation power too. In order to do this, continue building your town and upgrading training facilities. Players with higher-tier fighters will always have an advantage over others.

Even if you’re able to win a fight with a lower tier, you’ll likely end up with more losses. And nobody wants to have to keep training new fighters to replace dead ones. So make sure to keep your training facilities running whenever you can.

Another useful strategy is to upgrade your survivors and Squares to increase formation sizes. Squares increase the overall fighter capacity for that formation. And survivor upgrades make it so that survivor can lead even more fighters. By taking advantage of both, you’ll end up with a larger formation and a more powerful one too.

Many people will have their Lookout Tower at a high enough level to see your formation strength. So you’ll always want to try and stay on top of this in TWD: Survivors. Don’t forget to heal up wounded soldiers at the Hospital too.

Use Shield Items to Protect Your Base 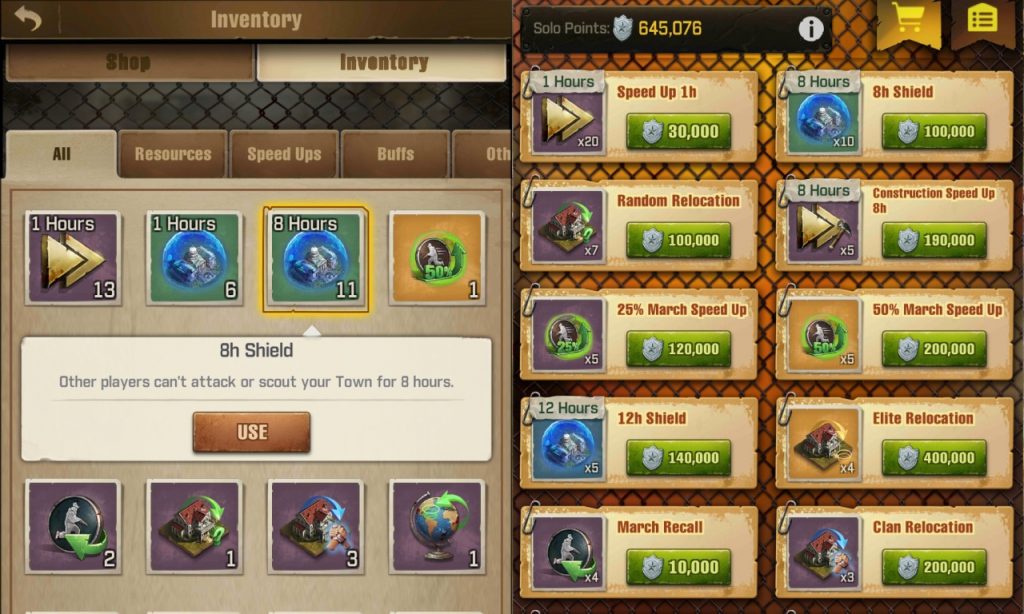 A good last resort option is using shields to prevent everyone from attacking you.

Shield items are an option for when you simply can’t fight back and need to be safe. Or if you simply need a break from TWD: Survivors, they also work well here. Shields prevent you from being attacked or scouted for a certain amount of time. However, you won’t be able to attack or scout other players during this time either. If you do, the shield will disappear and you’ll become vulnerable again.

Don’t expect to get too many of these items from simply playing the game. But, they are included in certain rewards sometimes. Each shield type is listed below alongside their in-game price too.

It’s important to mention that these don’t stack on top of each other. For example, using a one-hour shield item twice won’t give you two hours of protection. It simply replaces the original one instead. So make sure you’re not losing time by accidentally wasting them.

That’s all there is to this guide on how to defend in The Walking Dead: Survivors (TWD: Survivors). If you have any other questions not answered in this guide, feel free to ask us in the comments. Otherwise, be sure to visit other useful guides on this mobile game listed below.