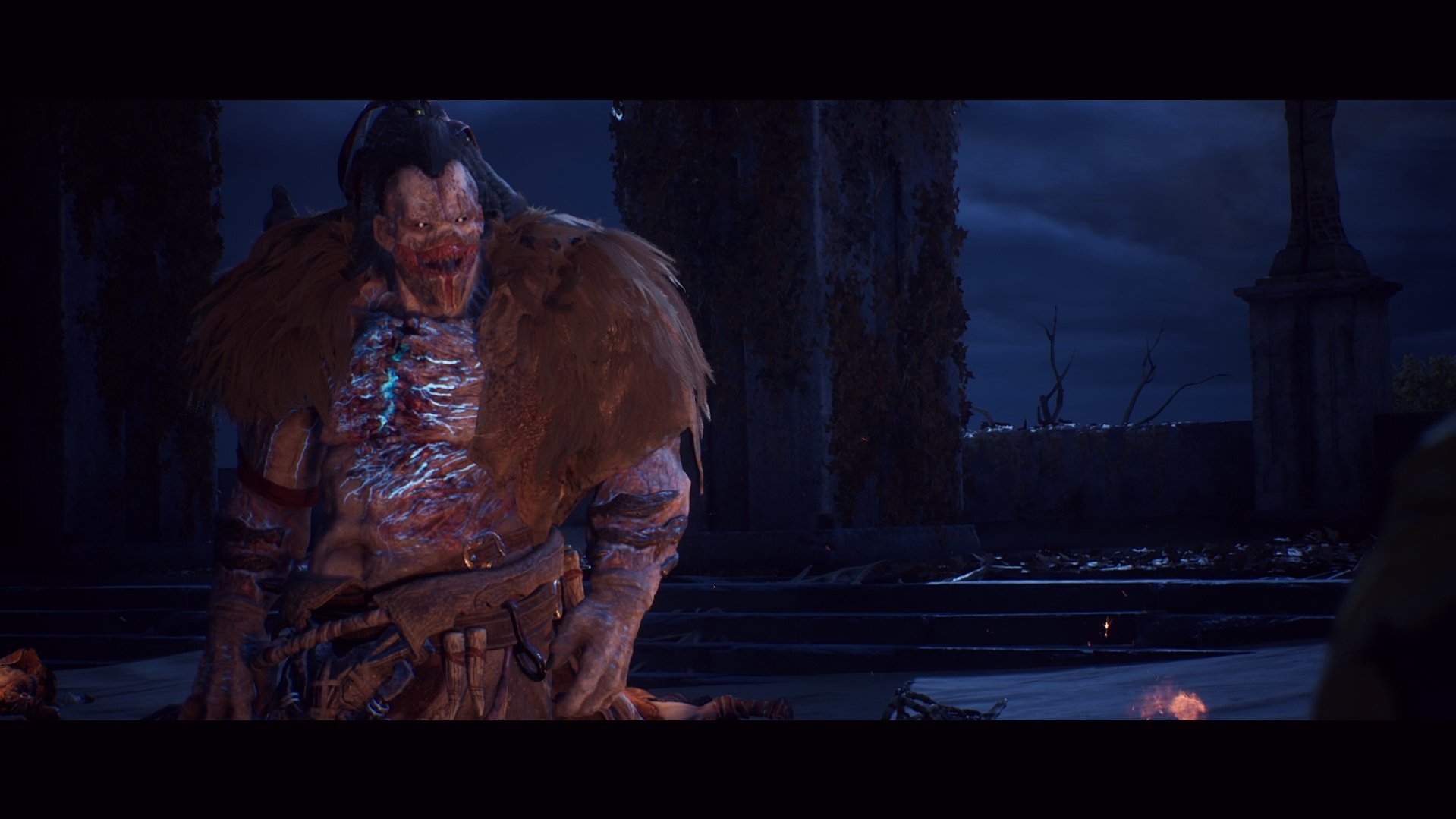 One of the tougher boss fights in Outriders is Yagak because of how quickly he moves. If you’re working your way through the Bond questline and reached the Hilltop Monastery, it’s time to fight Yogak. For those seeking the Humanity quest guide instead, you can find it here. Continue reading below to see our tips and tricks for beating him.

How to Beat Yagak in Outriders

Once you enter the Hilltop Monastery, a cutscene triggers and then the fight with Yagak starts immediately. So make sure you’re ready with the right weapons and gear before going in. Unlike previous bosses such as the Molten Acari and Chrysaloid, this one doesn’t have any phases. The first section below explains how to deal with every attack Yagak has. And the second section has more general tips and recommendations on weapons/mods to bring. 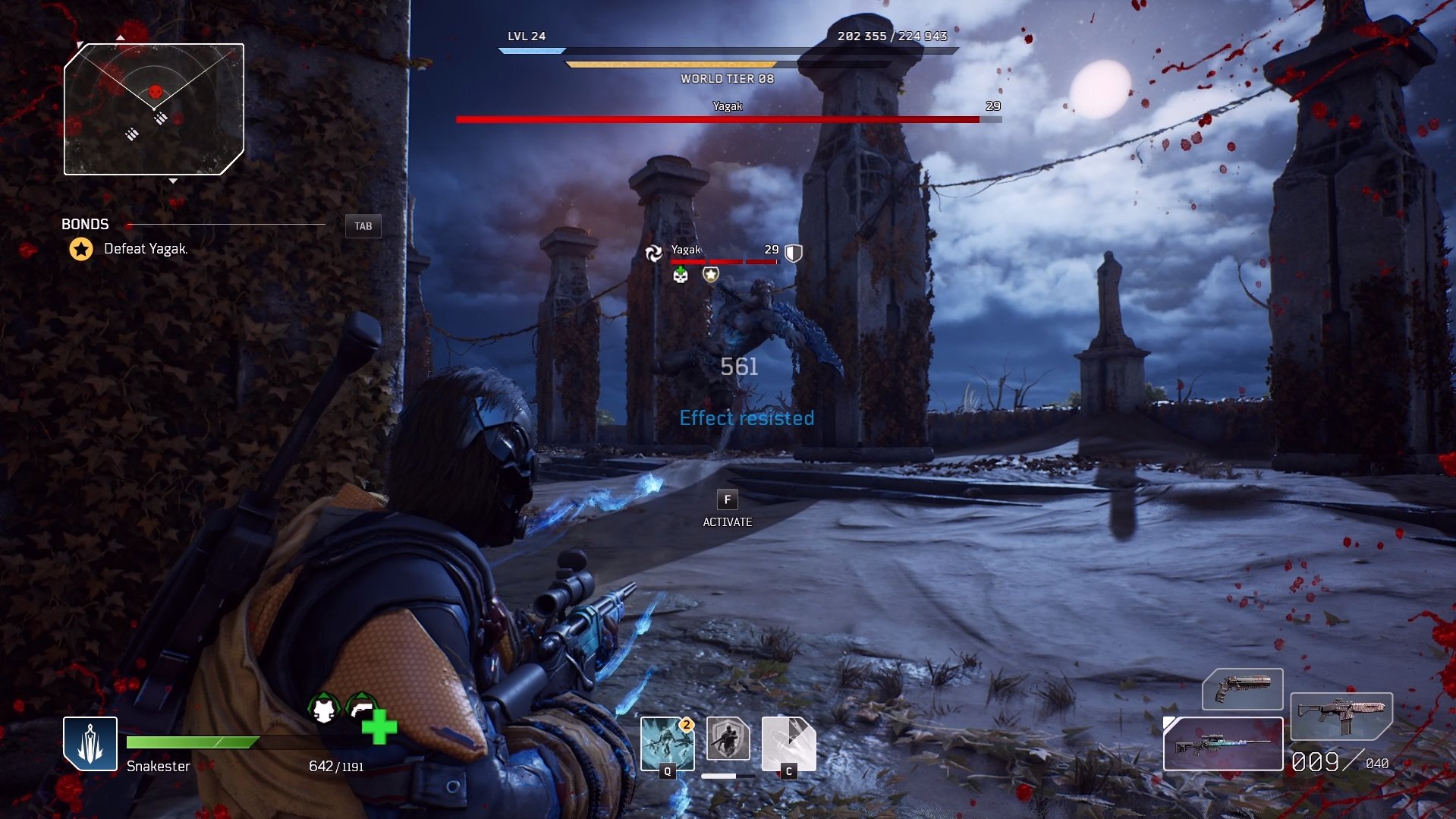 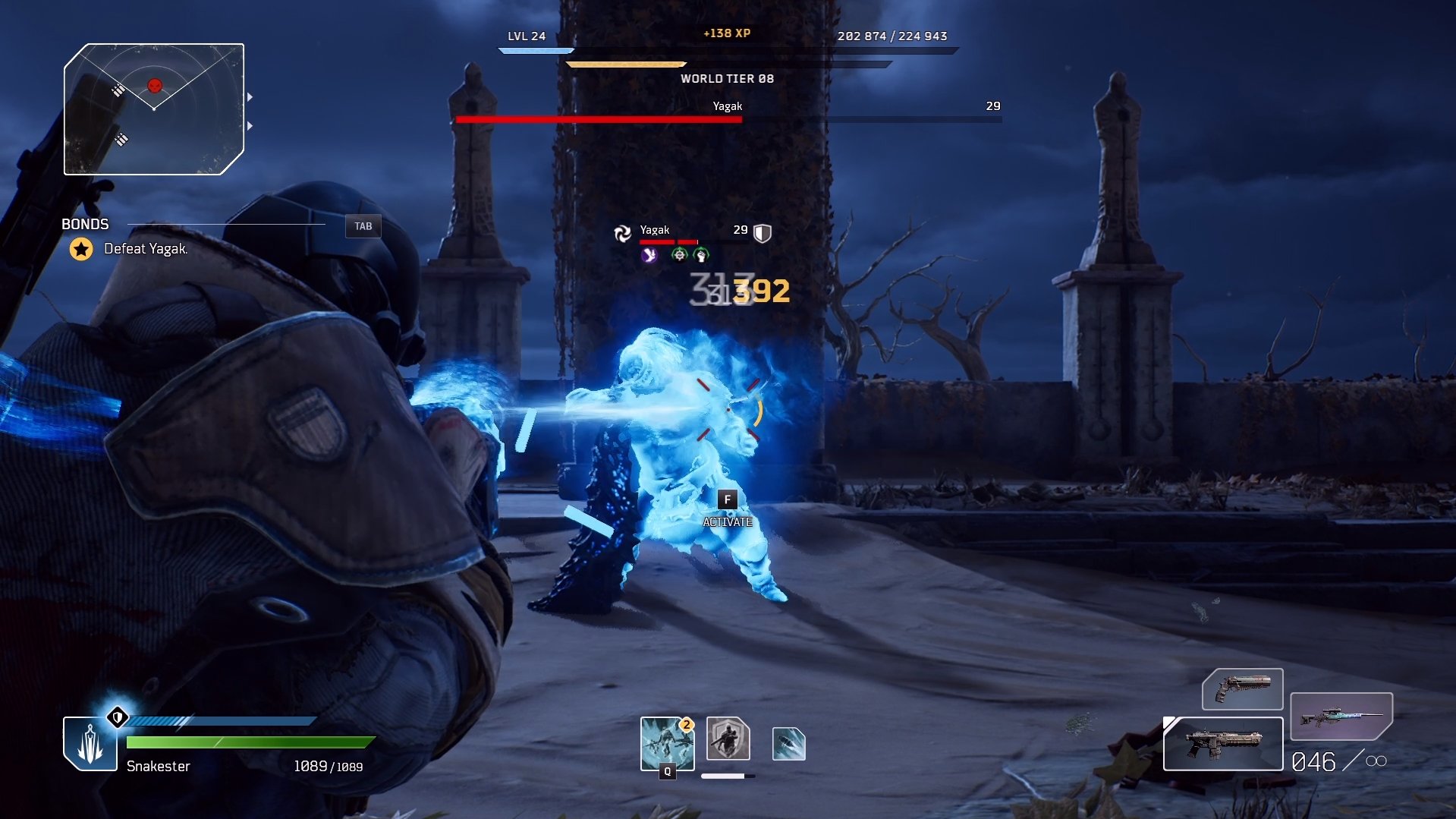 This screenshot shows his weapon stuck in the ground. He’ll tug at it a few times before switching to Lightning Strikes usually.

The main trick to fighting Yagak is to move often. As explained above, he loves to leap toward you from ridiculous distances while attacking. So long as you don’t get killed by this, you mainly need to watch the ground for AoEs. The Berserkers are squishy, so they’re not too much of a pain. However, you should prioritize getting rid of them immediately. I prefer Weapon Life Leech for healing as the Trickster class so I’m not reliant on killing enemies. This will always come in handy if you can get it through weapon attributes or class points.

Now that you can stay alive, you’ll want to prioritize attacking Yagak when he gets his weapon stuck in the ground. This can happen at almost any time, so just keep an eye on him for this weakness. You’ll deal the majority of your damage during this moment. However, you can still get some bullets in while he’s using Lightning Strikes. Also, if you’re able to pull it off, there are explosive red pots too. These will interrupt Yagak, as well as removing his shield. 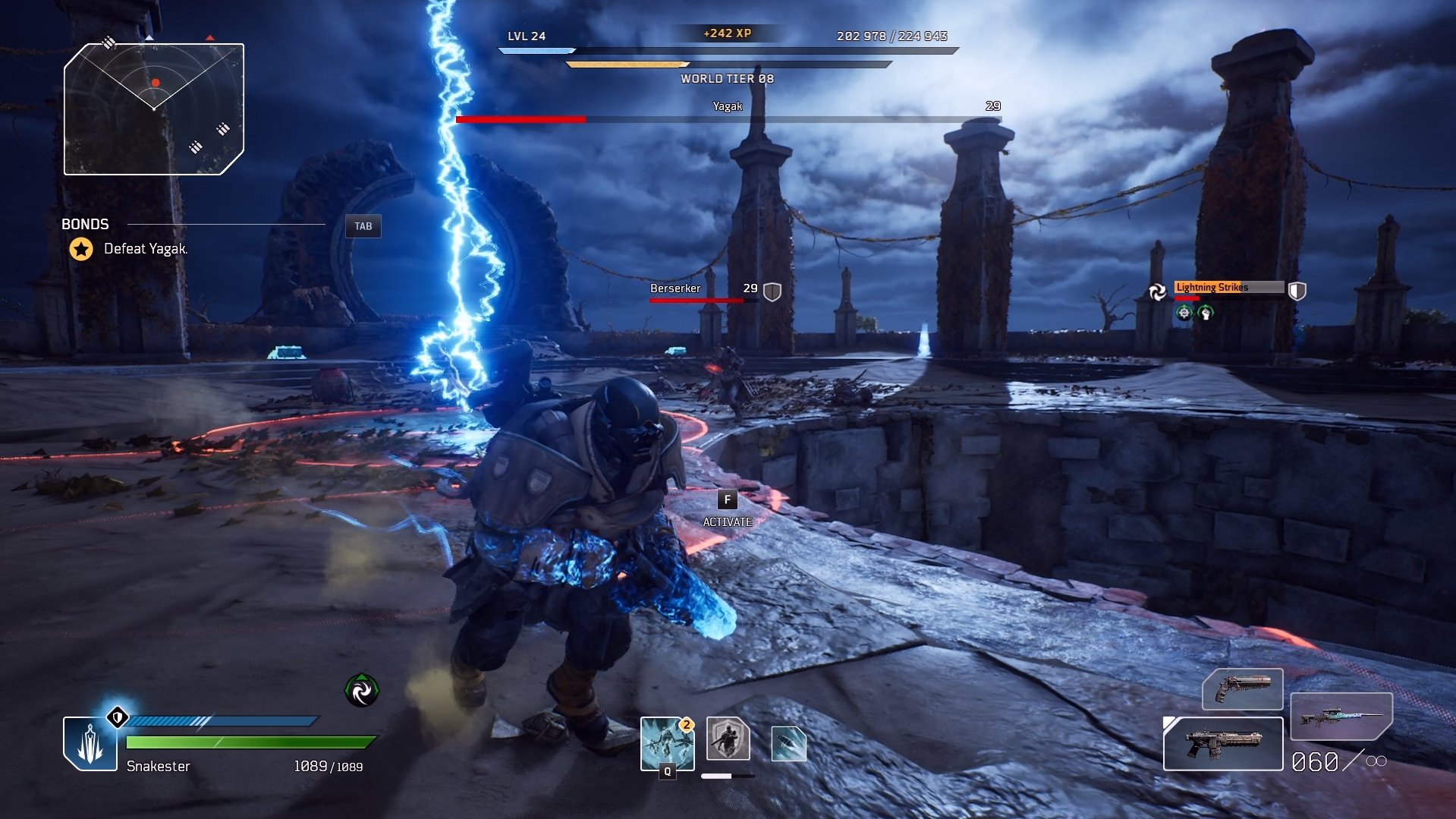 As far as recommended weapons go, I did this fight with only an assault rifle. I’d prioritize weapons with life leech and crowd control mods. During this boss fight, I had the Stiffening mod which inflicts Slow. This helps significantly with getting damage in before Yagak can use his skills. The only weapon I’d avoid here is the sniper rifle since you have to move too much. Overall, you’ll have better luck with assault rifles or light machine guns. Even though other weapons like the shotgun are viable for high damage if you can pull it off.

As usual, that’s all there is know about fighting the Yagak boss in Utargak. If you have any other questions or are struggling with the fight, comment below for help. Remember to keep equipping better gear as you go so you’re not fighting this boss with under-leveled equipment. For more Outriders guides, head over to our guide hub here or check out some useful guides below.