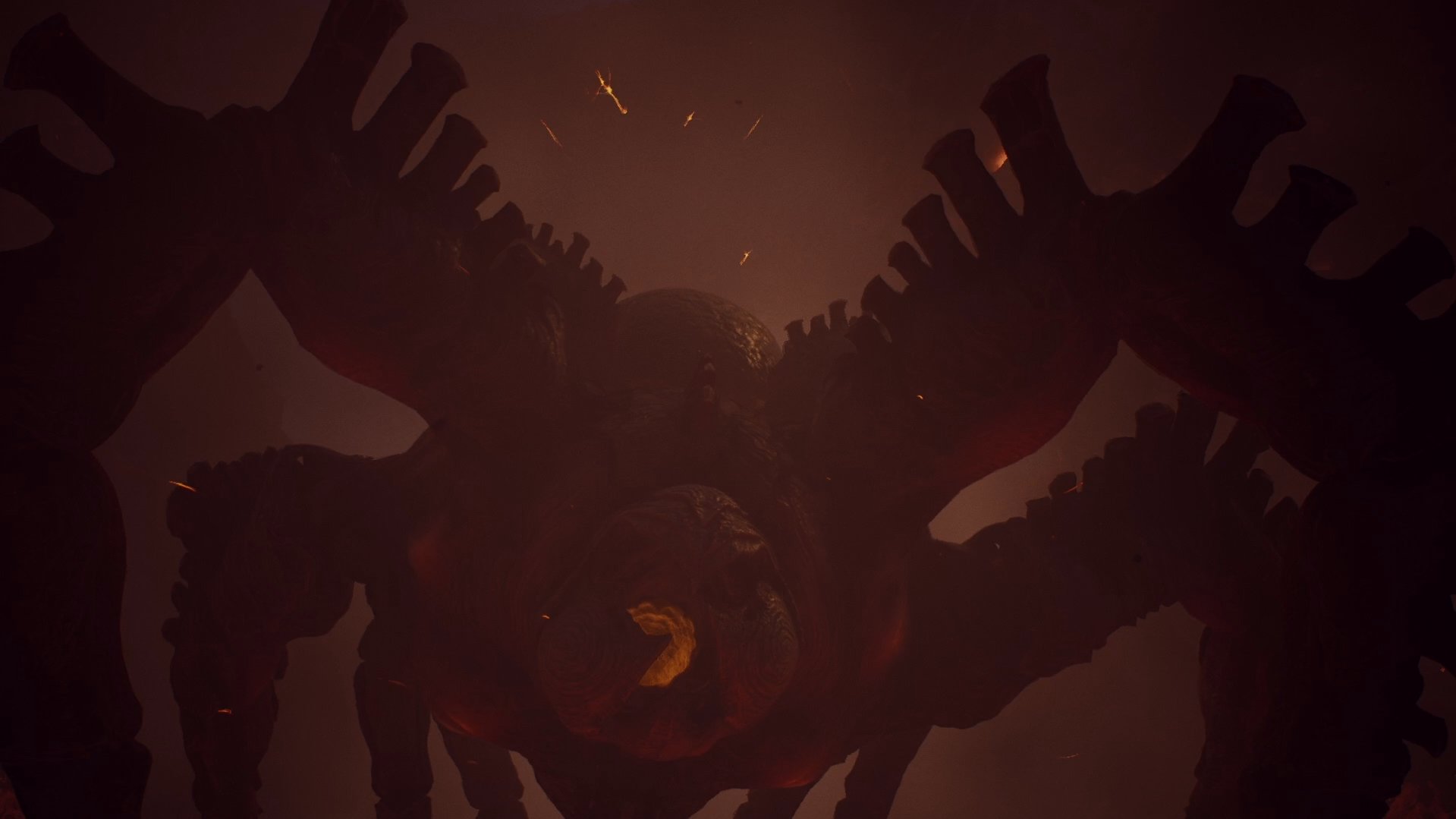 Once you’ve made some progress in Outriders’ Eagle Peaks region, you’ll eventually reach a volcano. Get ready for a tough boss fight with the Molten Acari that you may have seen skittering around the mountain. This is a massive spider with three unique phases that we’re here to help you defeat if you follow our tips and tricks below.

How to Beat the Molten Acari Spider Boss in Outriders

If you haven’t reached the Molten Acari boss yet, they’re part of the Inferno questline. You’ll eventually reach the volcano’s peak and get an option to “Enter the Acari’s Nest”. Make sure to use the nearby resupply crate and have the right weapons ready to go before doing so. Once you enter the nest, the fight immediately begins. There aren’t any checkpoints while fighting the boss, so you’ll need to do it all in one go.

Regardless of what class you’re playing, we don’t recommend using a Shotgun since it’s a little tougher for this boss. While you can get up close, you’re more likely to take damage. This is why automatic guns like assault rifles or a light machine gun are best instead. You can still get some damage in with a sniper rifle, but using a scope will leave you open to AoE damage. Continue reading below for tips on each Molten Acari phase. 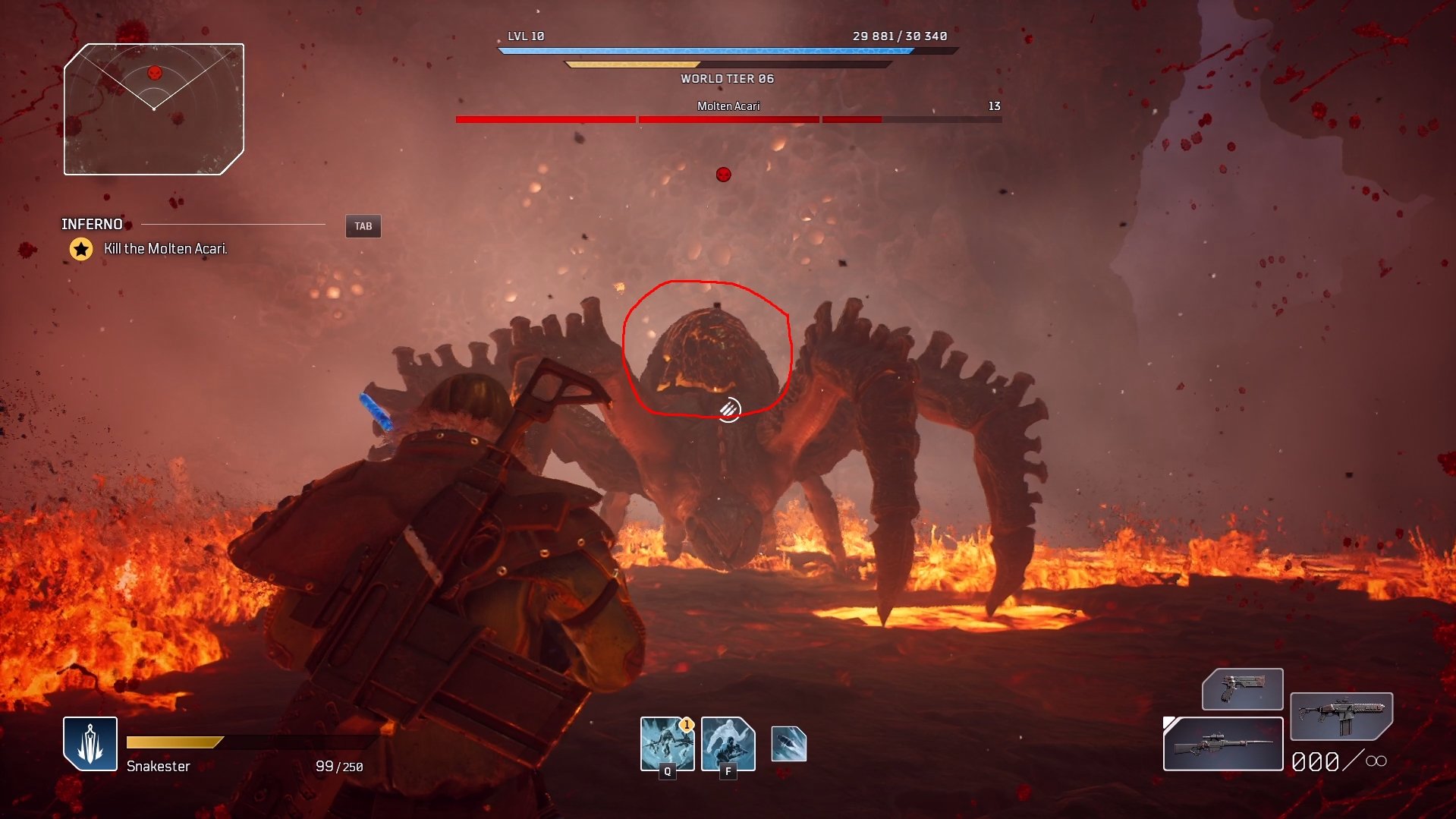 The first phase has no extra monsters, so the only way to heal is if you’re playing as the Technomancer. Otherwise, you can only heal back up to around a third of your health, based on the threshold. The majority of this phase revolves around dodging blue AoE circles on the floor, so watch the ground. Each Molten Acari attack is explained below:

The main weak point to take advantage of is breaking the Molten Acari’s shell/abdomen up top. You can slightly see a glowing orange color seeping through the cracks before it’s broken. It should only take a few shots to break it, revealing a vulnerable weak point. Remember this advantage because it’s the same in phase two. 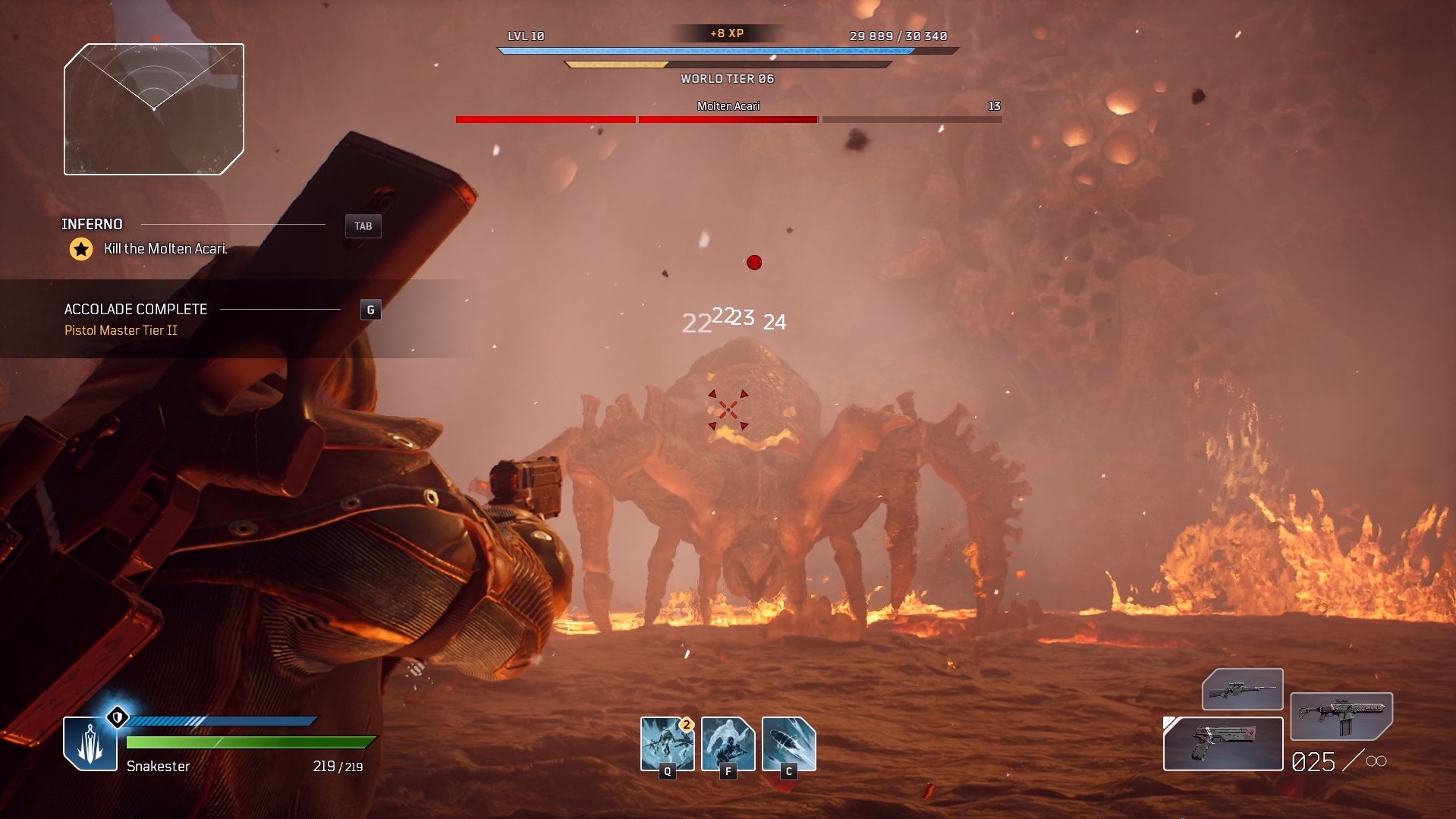 The second phase has a bunch of Flame Hoppers that spawn during specific Molten Acari moments. Take advantage of killing these for health, especially if you’re not playing the Technomancer. As mentioned above, the main weak point is the same as the first phase. However, there are now two shells that you can break for dealing extra damage. Each second phase attack is explained below: 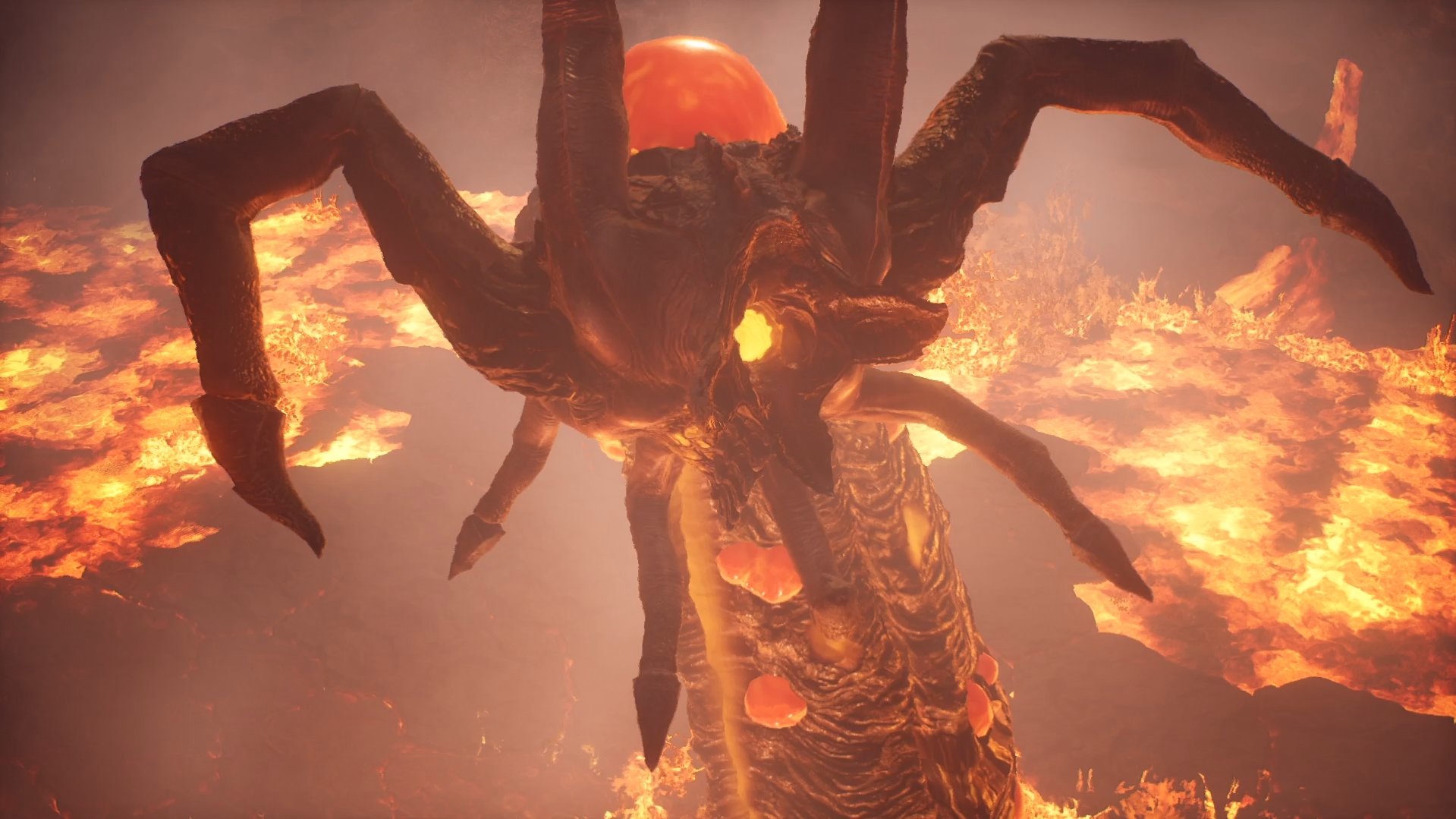 The third phase is easy to die in, but it’s also easy to stay alive if you understand the fight. The Molten Acari descends into the lava, reappearing as a giant lava wyrm. It won’t move from the center and still uses AoE attacks, as well as a moving flame wall. This weak point isn’t confirmed but it’s likely a giant orange bubble near the back of its head. Here’s every Molten Acari third phase attack:

As previously mentioned, a light machine gun helps significantly for this entire boss fight. It’s also useful for hip-firing during phase three while staying on the move. Since you have a big target that barely moves, you don’t need to worry much about accuracy.

That’s all there is to know about fighting the Molten Acari boss. If you have any other questions or are still struggling with the fight, feel free to comment below for help. It’s still important to have the right gear going in, so make sure you’re not fighting this boss with under-leveled equipment. For more Outriders guides, head over to our guide hub here or check out some useful guides below.