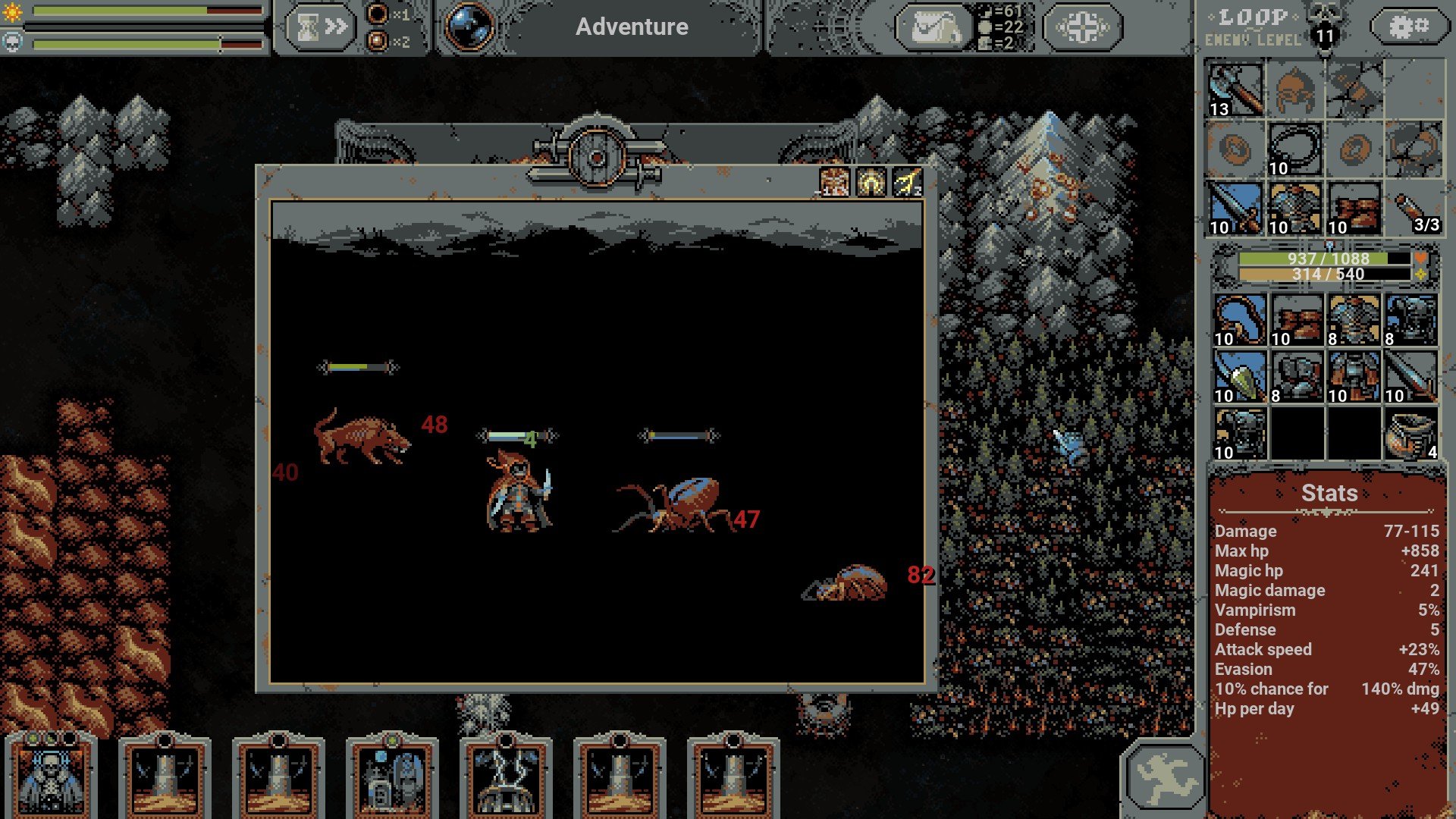 The roguelite Loop Hero has all sorts of vague stats that leave plenty of us questioning what they actually do. If you’ve stumbled upon our guide because you want to know what evasion bonus does, we’ve got some quick info for you.

What Does Evasion Bonus Do in Loop Hero?

The quick answer to this question is that the Evasion Bonus % stat is just more Evasion for your character. The higher your percentage is, the better chance you have of dodging an enemy attack and not taking any damage. While each of the three classes can build Evasion, it may only be the Rogue that can get the bonus stat. This helps to stack it up so you never take damage from tough enemies and bosses especially. That’s why our Chapter 3 guide recommends using the Rogue class especially. Even though certain classes work better depending on the chapter. 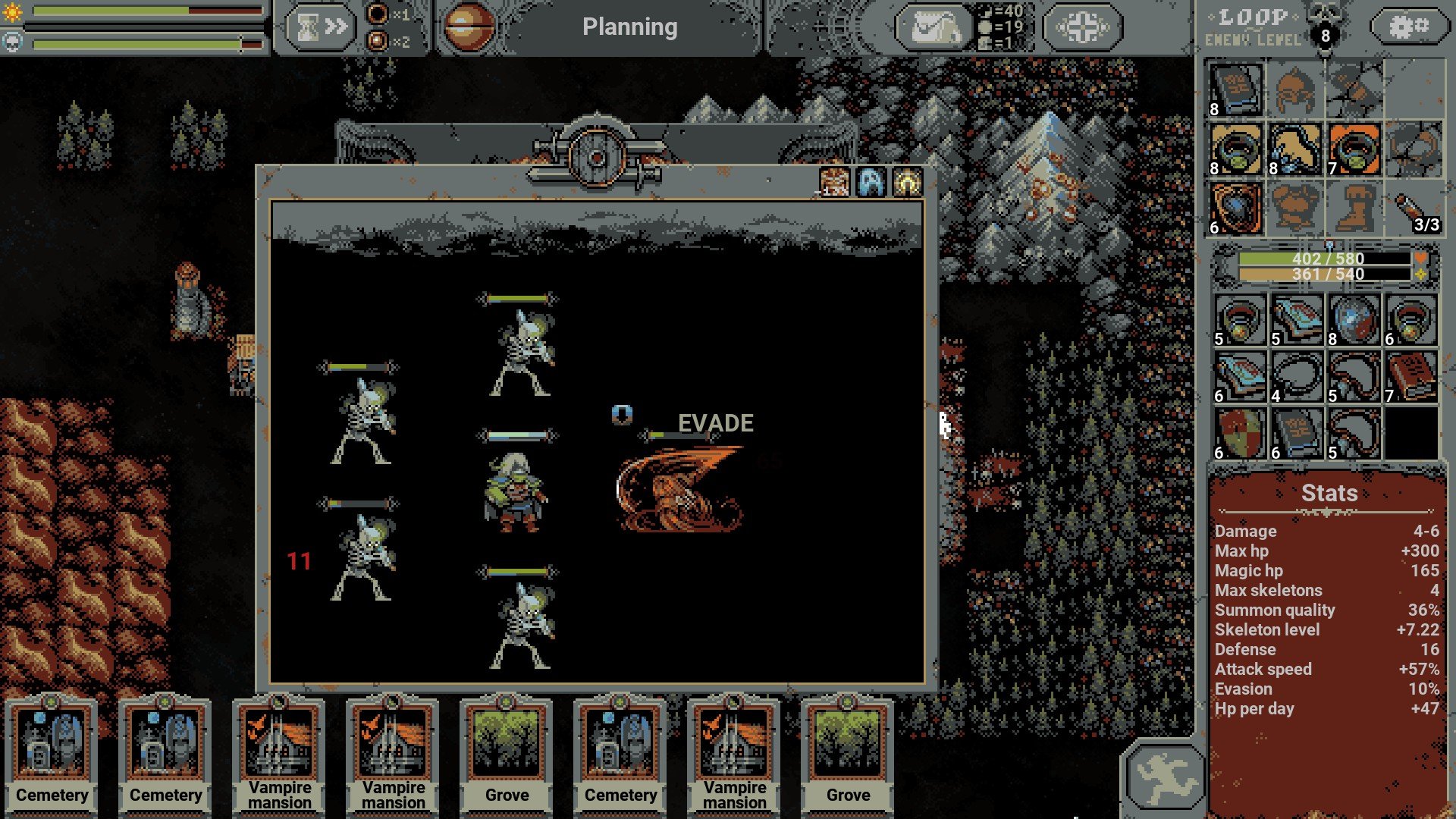 The Rogue class utilizes the Evasion stat most since you can’t build Defense as easily. Which in the end works out better for you, because you won’t get hit much if it’s high enough. However, once you get far enough in Loop Hero, you’ll get golden cards that unlock new equipment. Once you can start equipping amulets as the Rogue, your survivability spikes heavily via Magic HP. This works as a shield that regenerates 100% in between every fight. So you don’t need to worry as much about the hits that can’t dodge.

Is There a Max Evasion Percentage?

The quick answer is that yes, there is a max Evasion percentage, regardless of whether you’re using the normal stat or Evasion Bonus. They combine together adding up to the eventual max 75%. Anything that passes that amount is useless, unfortunately. So if you’ve already hit that, don’t try to keep surpassing it. Once you hit 75%, it will say in parenthesis, “Max”.

If you have any other questions regarding Loop Hero in general, comment below the article for help. As we all know, Loop Hero could use some tooltips explaining stats more thoroughly for those of us wondering. If you’re looking for more guides, we’ve listed a bunch of useful ones below to visit.