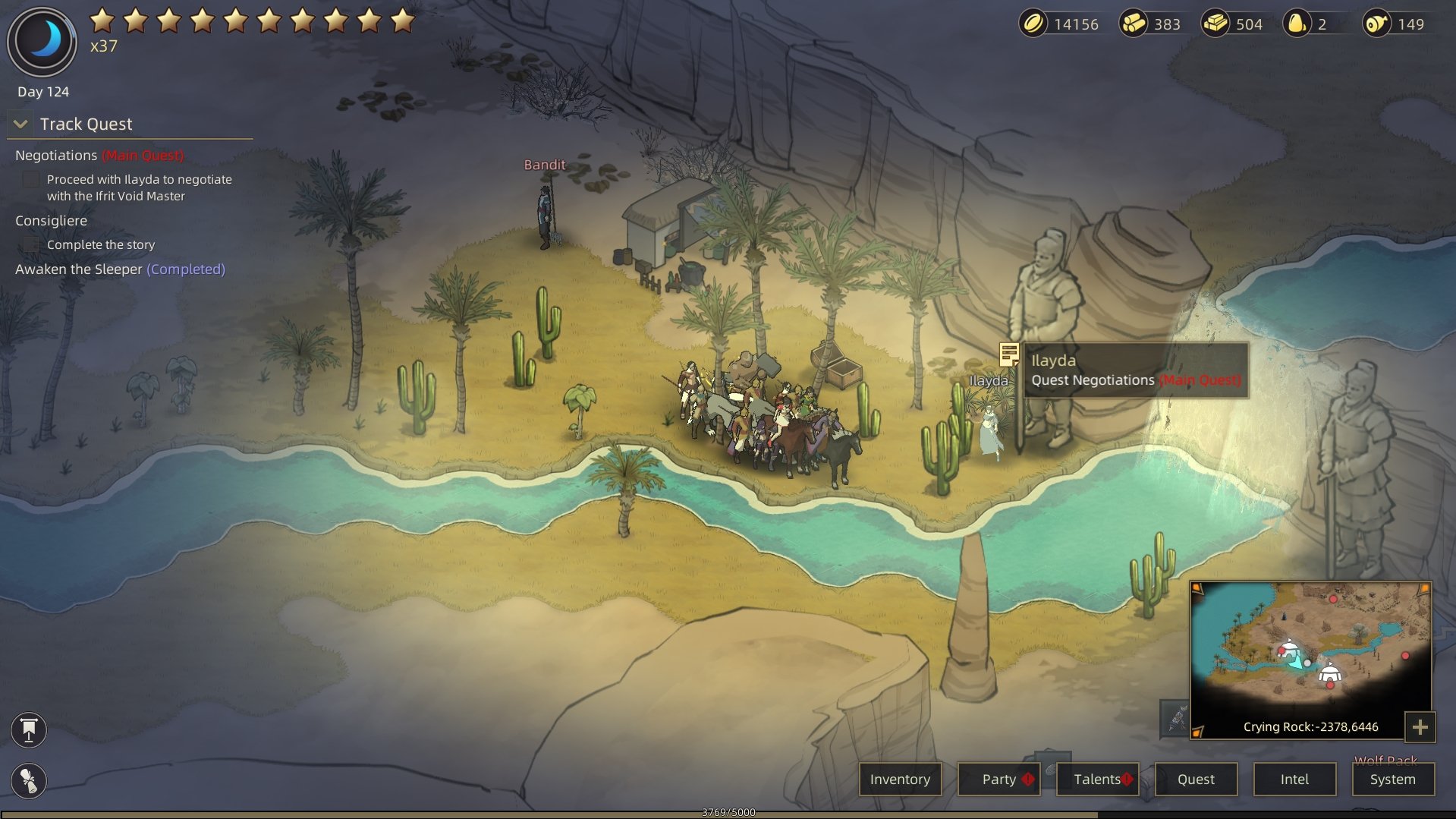 If you’re looking for a Sands of Salzaar walkthrough regarding Negotiations, that continues from Along the River, you’re in the right place. This main quest starts after you find the doorway to the Ifrit Void Master in Crying Rock. Continue reading below for the walkthrough. 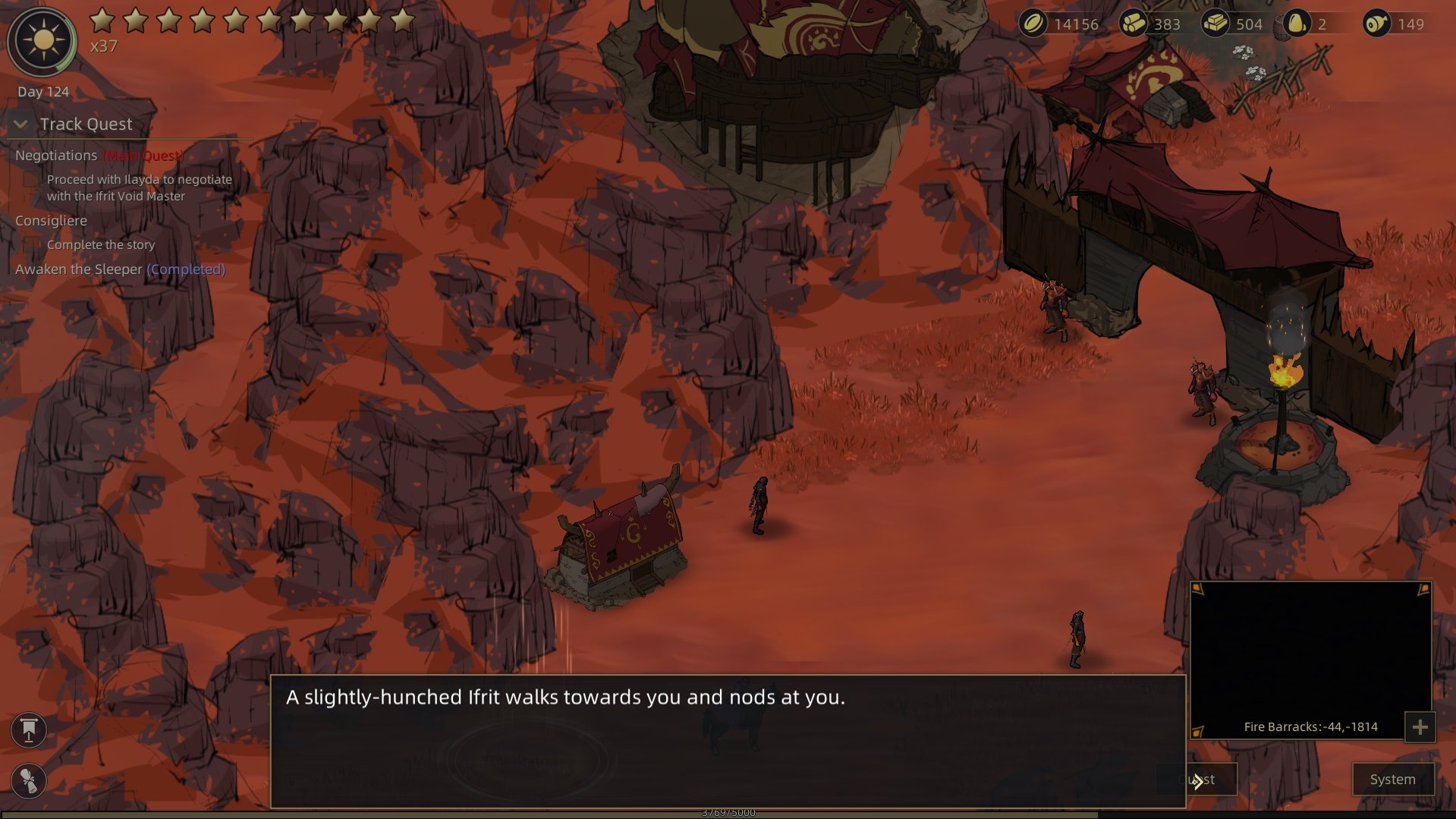 Once you’re ready to enter the Fire Barracks where the Ifrit Void Master is, talk to Ilayda in Crying Rock. While there aren’t any fights in this instance or quest, Ilayda will make sure you’re ready to go before going. A random Ifrit will welcome you into the Fire Barracks with a nod. Then, you can continue onward through the archway up ahead. This will lead toward a Gardening Ifrit you can interact with if you’d like.

Despite every Ifrit assuming you can’t understand them, you’re able to understand their language because of Ilayda. They’ll mostly talk about their philosophy on gardening and why certain genders get to fight in the war. Once the conversation ends, they’ll wander off and leave Clear Water behind on the floor. Pick it up and you’ll have an option to give it to the Tall and Short Ifrit further up the path. You’ll have to be persistent with them even though they refuse it the first time.

Talk to the Ifrit Void Master 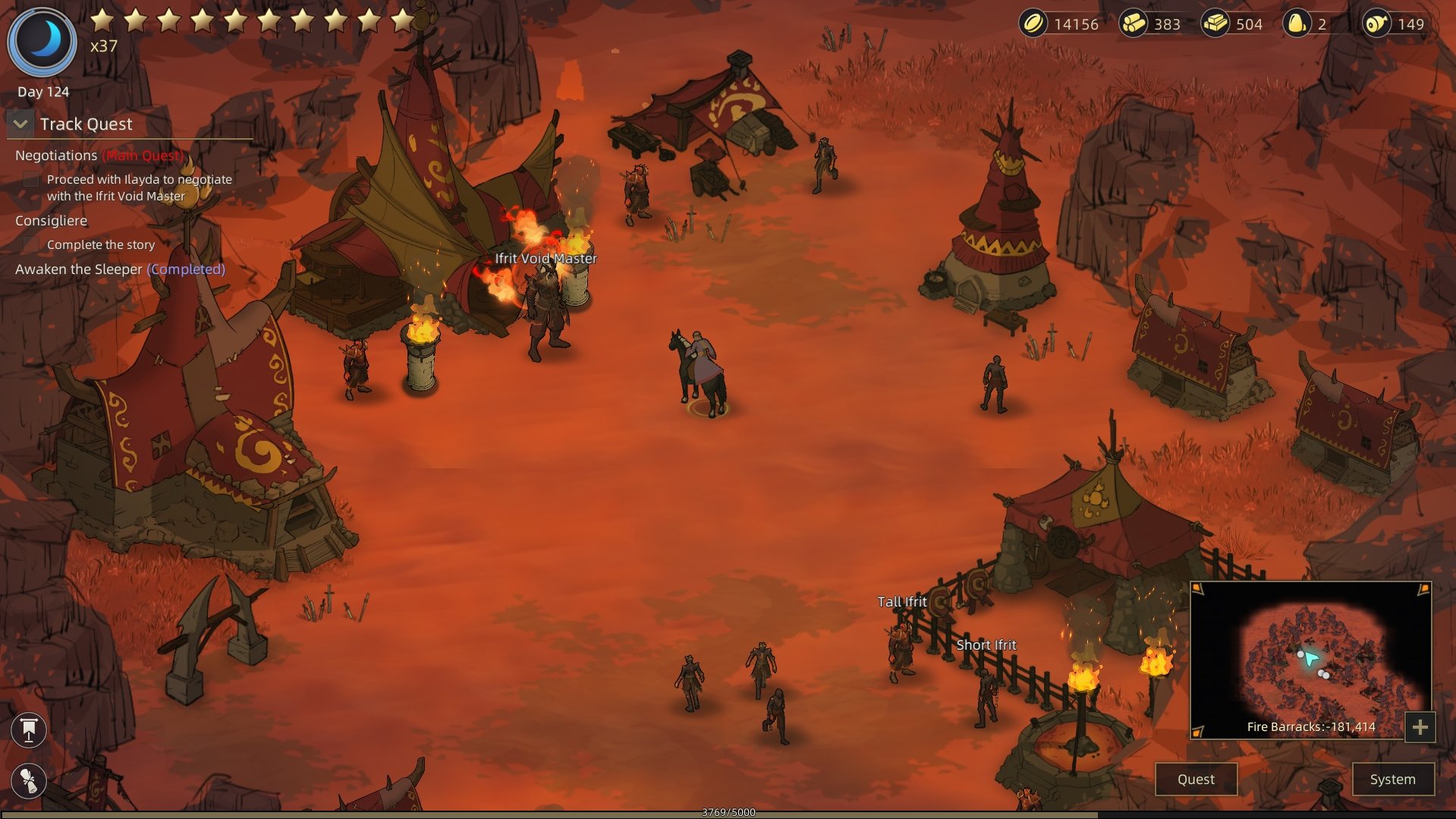 Start talking to the Ifrit Void Master to continue the Negotiations main quest. Most of the conversation will be between the Ifrit Void Master and Ilayda as they discuss peace between both races. Ilayda tries to convince them that she wants peace for both sides, despite other humans not sharing her sentiment. She mentions a land beyond the Ilyas Mountains that is filled with magic they can feast on. However, the Ifrit Void Master doesn’t trust her quite yet, and requests that she bring a glowing stone and speaks a set of words to it when there.

With this portion of the conversation over, the Ifrit Void Master promises to keep their armies back for now. But, they warn that other Ifrits may continue wandering outside the Fire Barracks as hostile. Once the conversation ends, return to the entrance of this area to leave. This will continue the Negotiations quest with one more conversation back in Crying Rock. Ilayda will thank you for helping her and quickly disappear. 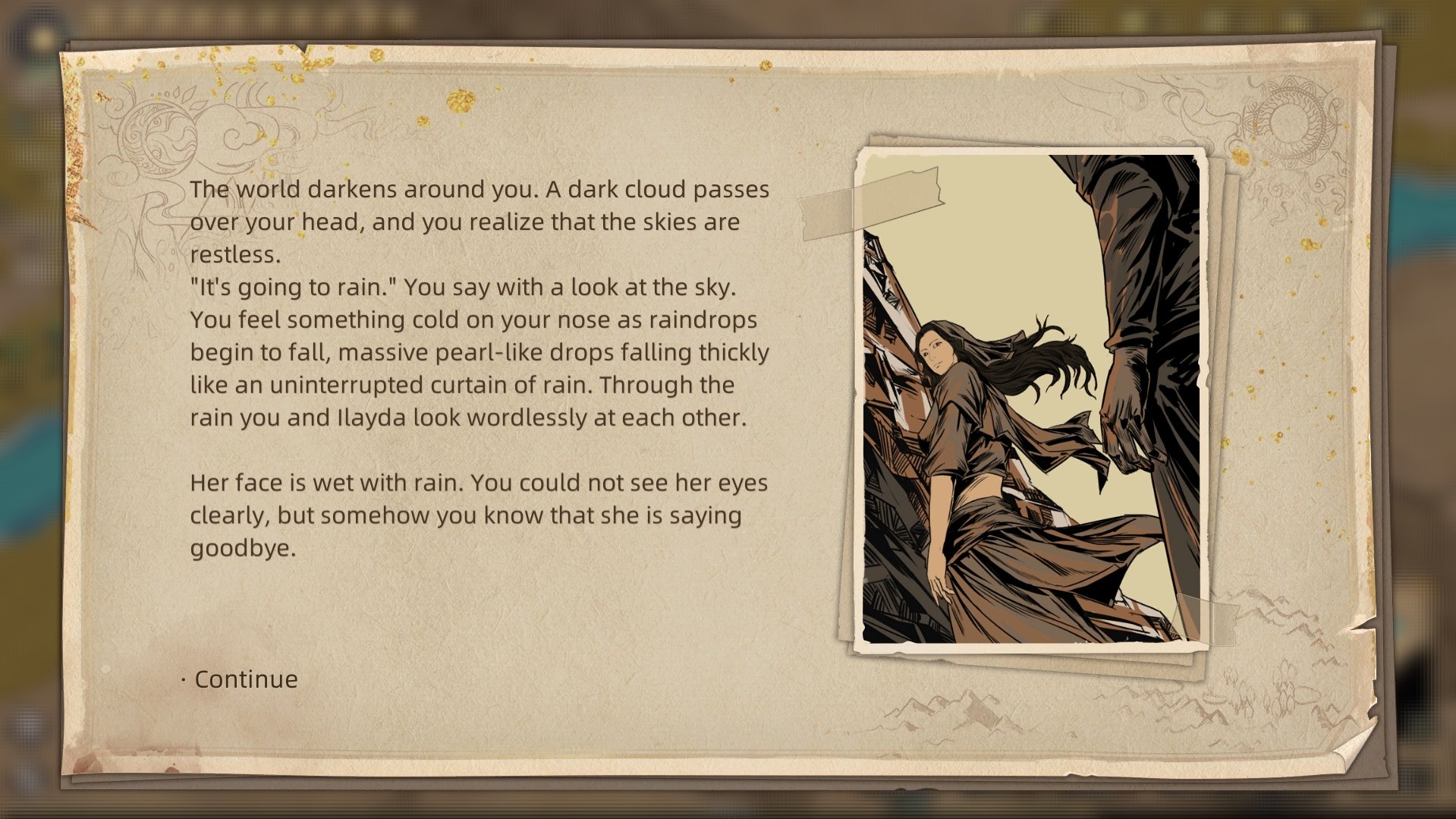 This will complete the Negotiations quest and lead into six new main quests. All six new quests are listed below. We’ll update this guide with a link to each walkthrough when it’s written. For more Sands of Salzaar guides worth reading, find out How to Make Money Fast and How to Repair Gear.