If you’re looking for a Sands of Salzaar walkthrough regarding Isra’s Promise, that continues from Call For Help, you’re in the right place. This main quest starts after you finish dealing with the Desert Witch. Continue reading below for the walkthrough.

This is a short walkthrough since there’s not a whole lot to this main quest, not unlike some of the others. After dealing with the Desert Witch in the West Docana Desert, Isra will ask you to help her in Twinluna Valley. If you’re not sure where to find Isra, she’s north of the city named Agadir in this region. When she mentions this city, she’s not talking about an outpost, so make sure you find “Agadir” on the western side of the map.

You’ll need to go slightly around the right side of Agadir, since the path along the lake is blocked by some walls. Once you reach a woman named Ilayda, you should see a quest page above her head. Talk to her and this character will reveal that she’s the princess of the Old Empire and was simply going by the name Isra. 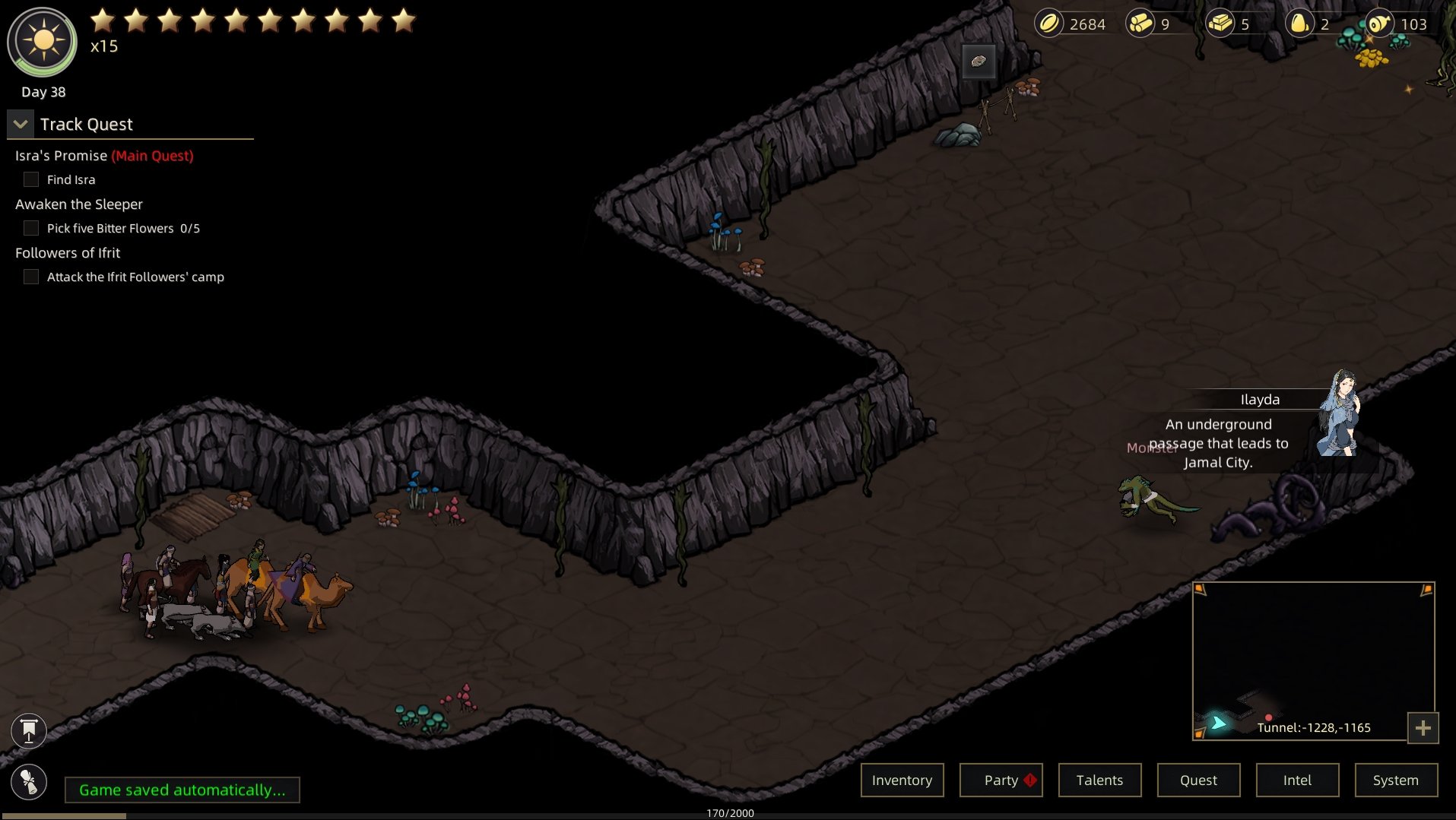 Ilayda will reveal a nearby cave that she asks you to follow her into. You’ll get a chance to decide if you’re ready to continue the quest Isra’s Promise or take a moment to prepare. There are a few fights inside the cave, with none of them being a boss fight. They’re mostly small groups of 15 enemies, but they’re definitely tougher than bandits. Make sure you have at least a few squads to fight with you.

Once you get inside the cave, there’s a short conversation that takes place via mini windows on the right side of the screen. Be careful, because the enemy monster up ahead can attack you if you’re not focused. In my experience, only some of the enemies in this cave came after me. While the others stayed passive.

Where to Go in the Cave 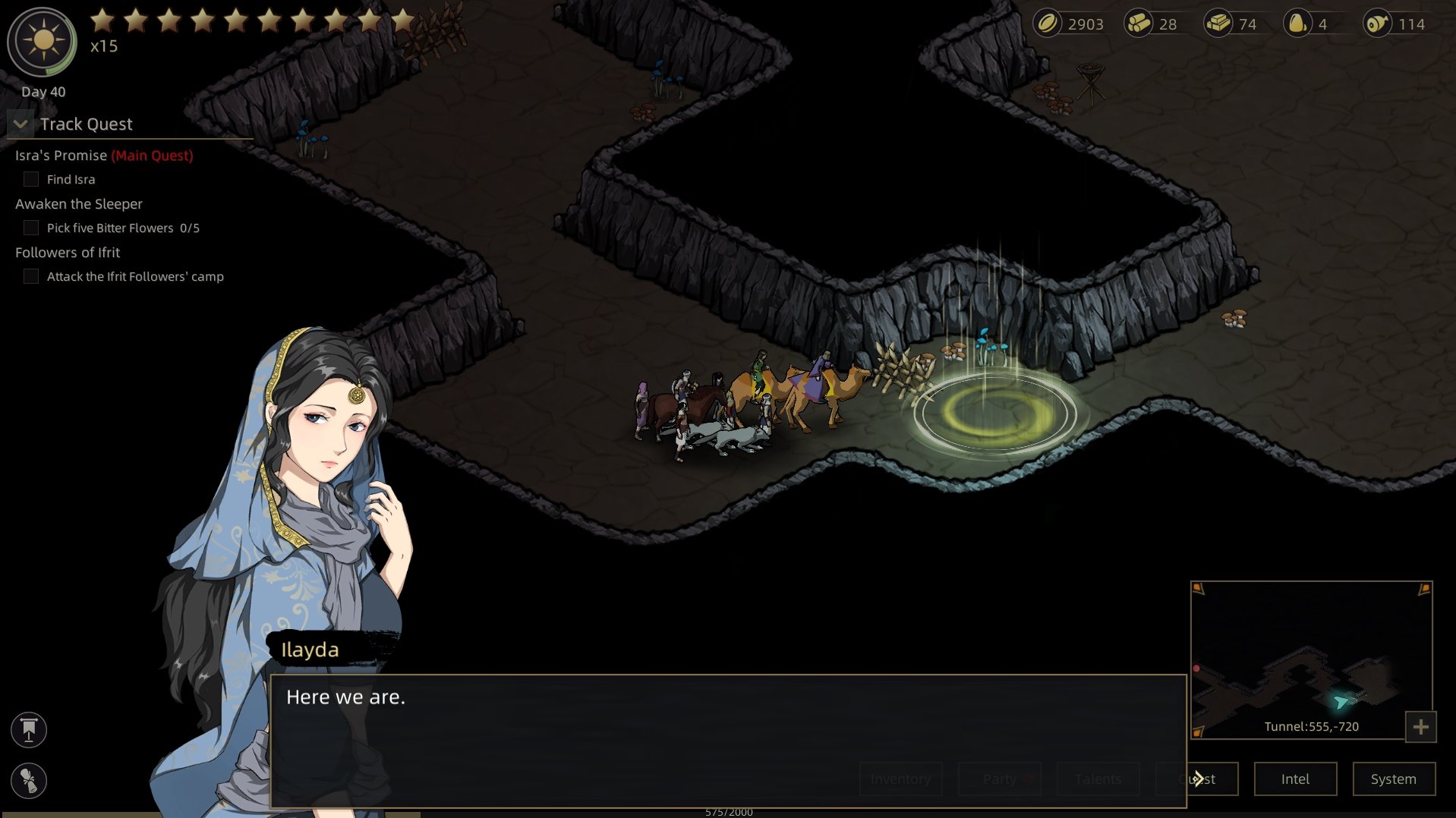 This cave is relatively small with only two paths to take. The path forward and up to the left will take you to a dead-end. But there’s a small amount of loot here with a prestige shard crystal worth grabbing. Otherwise, make your way to the right along the wall to an instance. You’ll run into at least three groups of enemies, including the one at the start of the cave. Once you discover a new glowing circle/instance up ahead, entering it will start a conversation with Ilayda.

This will complete the Isra’s Promise main quest and begin the next one, The Secret. For more Sands of Salzaar guides worth checking out, find out How to Make Money Fast and How to Repair Gear.