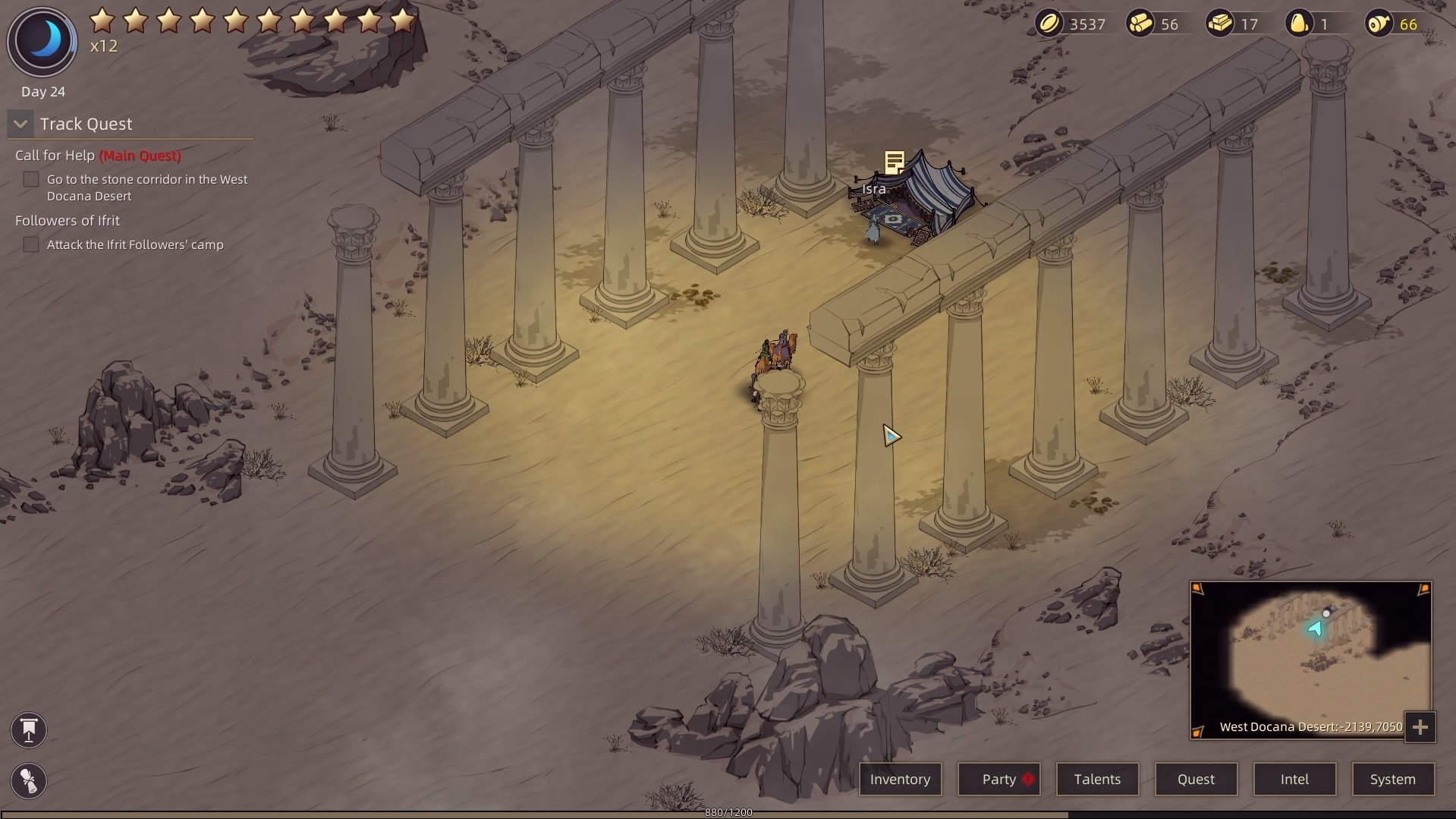 If you’re looking for a Sands of Salzaar walkthrough regarding Call For Help, that continues from Mysterious Woman, you’re in the right place. This main quest starts after you get a message from Isra via a magical rock. Continue reading below for the walkthrough. 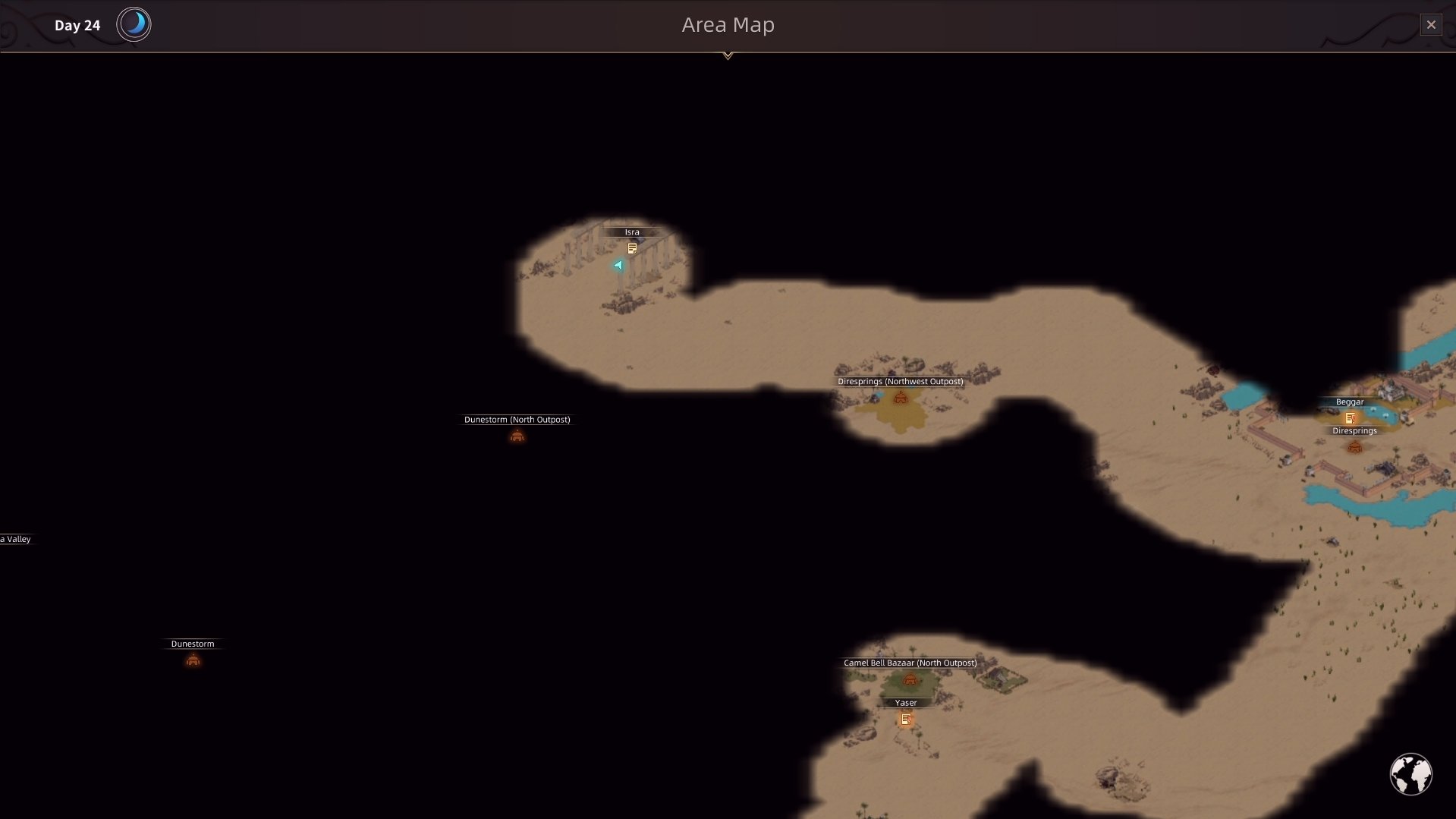 The only objective for the Call For Help main quest is, “Go to the stone corridor in the West Docana Desert”. While you can explore aimlessly around the West Docana Desert looking for Isra, her location is near the northwest corner. You can find her near several pillars that are directly north of the Dunestorm (North Outpost). Before talking to Isra, you may want to save, because there’s a difficult boss fight coming up.

Talk to Isra in the West Docana Desert 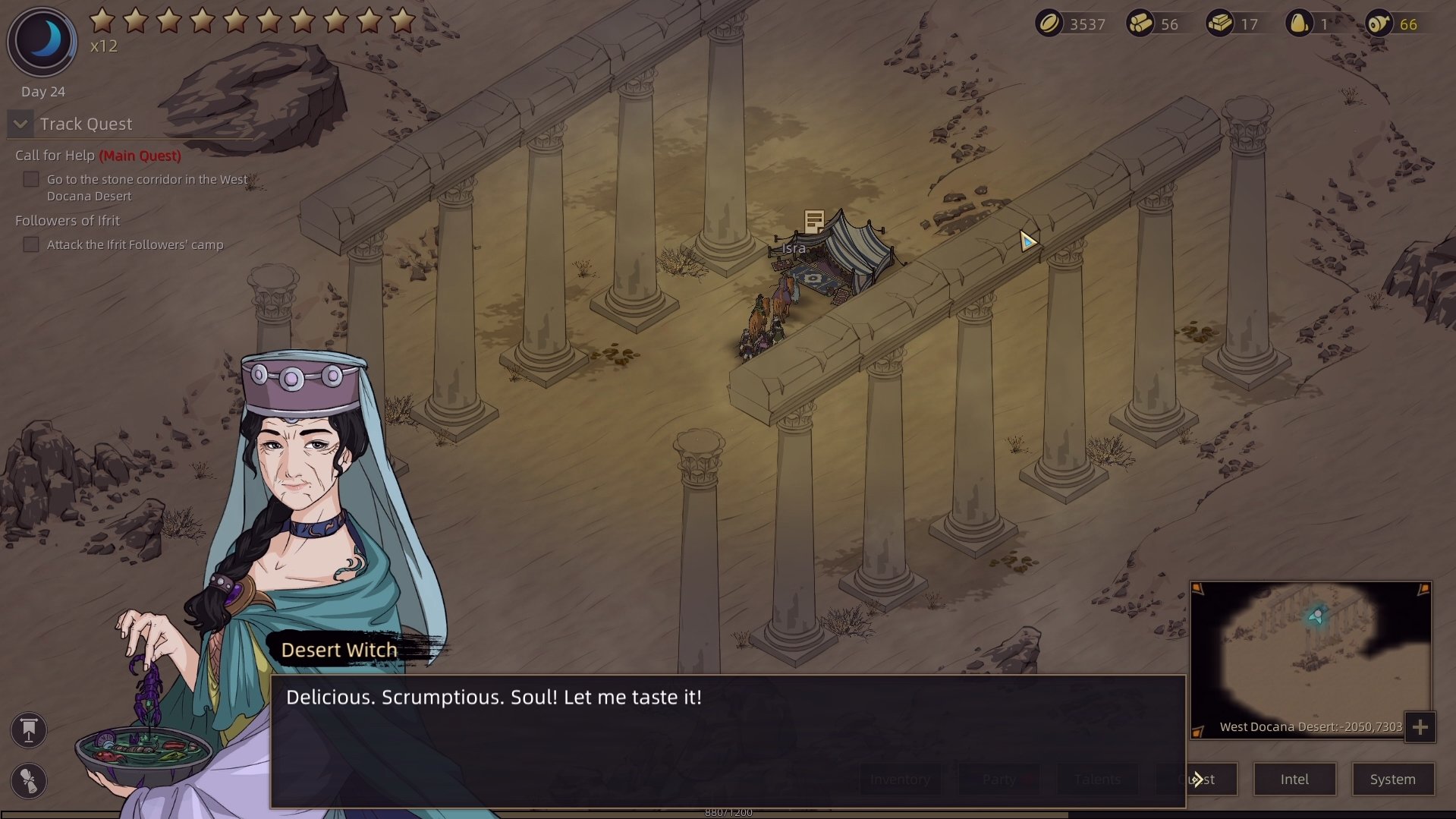 Now that you’re ready, start talking to Isra to quickly learn that it’s not quite her after all. The woman turns around revealing herself to be a decrepit witch with plans to eat your soul. This immediately leads into a battle with her, the Desert Witch, and soon her Ifrit Wizard summon. My biggest tip for this fight is to be careful of the Ifrit Wizard’s AoEs that furiously strike the ground. These can deal a good chunk of damage and bounce your character into others, taking more of a beating.

Once you get the Desert Witch below half her health, the real Isra will appear in the battle. She’ll help you finish taking out the Desert Witch. And if you haven’t already killed the Ifrit Wizard, they’ll disappear regardless of their health.

Talk to the Real Isra 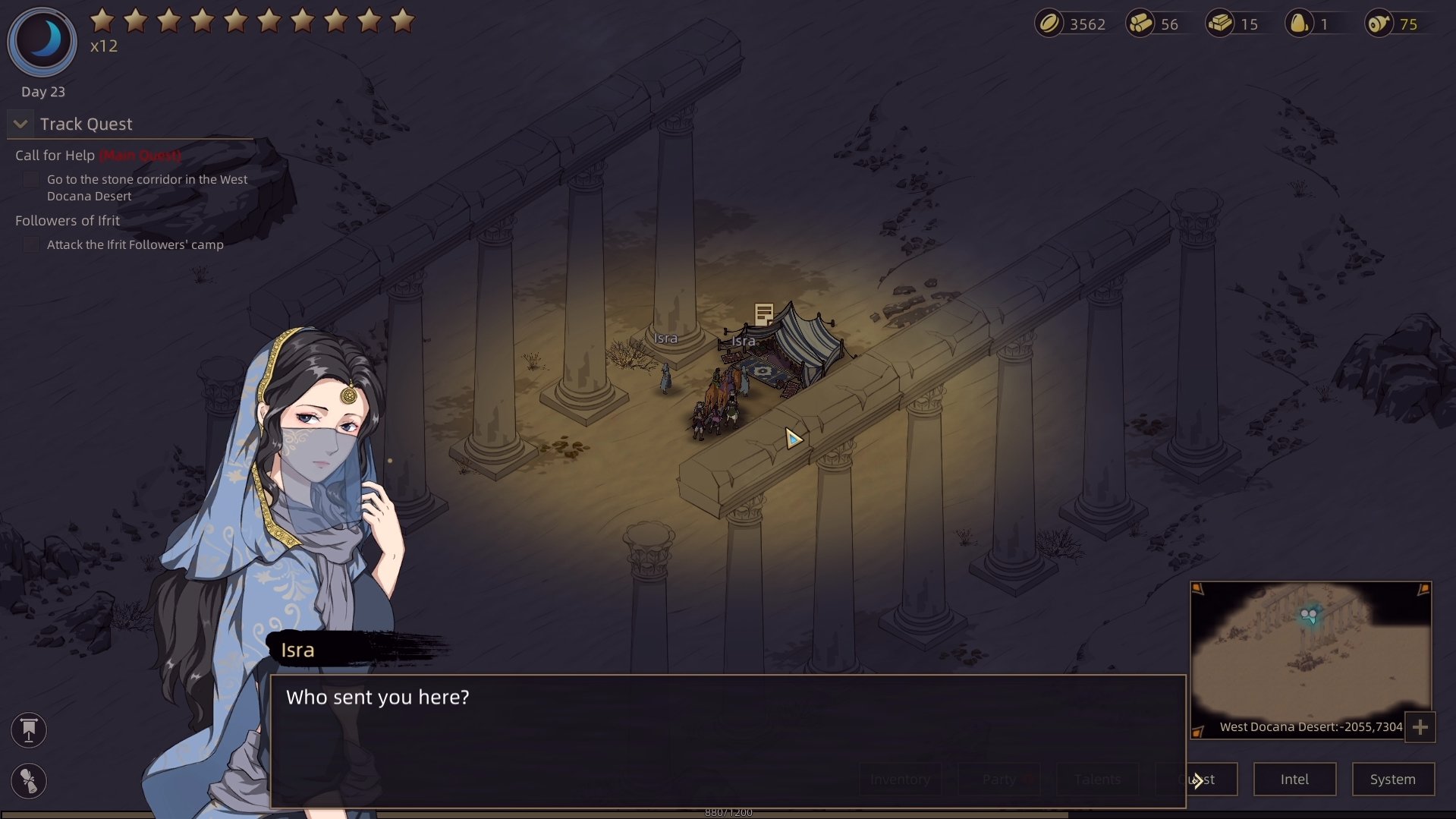 The real Isra will ask who called you here after the battle ends. Before you get a chance to answer, the Desert Witch will get a few words in before summoning a sandstorm. In the blink of an eye, the Desert Witch disappears leaving behind only you and Isra to talk. She’ll blame herself for you getting lured into this trap. But, she’ll ask that you help her fight back against them, which one can assume is about the Desert Witch.

The end of this dialogue with Isra will complete the Call For Help main quest. This leads into the next main quest Isra’s Promise, which takes place in Twinluna Valley. For more Sands of Salzaar guides worth checking out, find out How to Make Money Fast and How to Repair Gear.