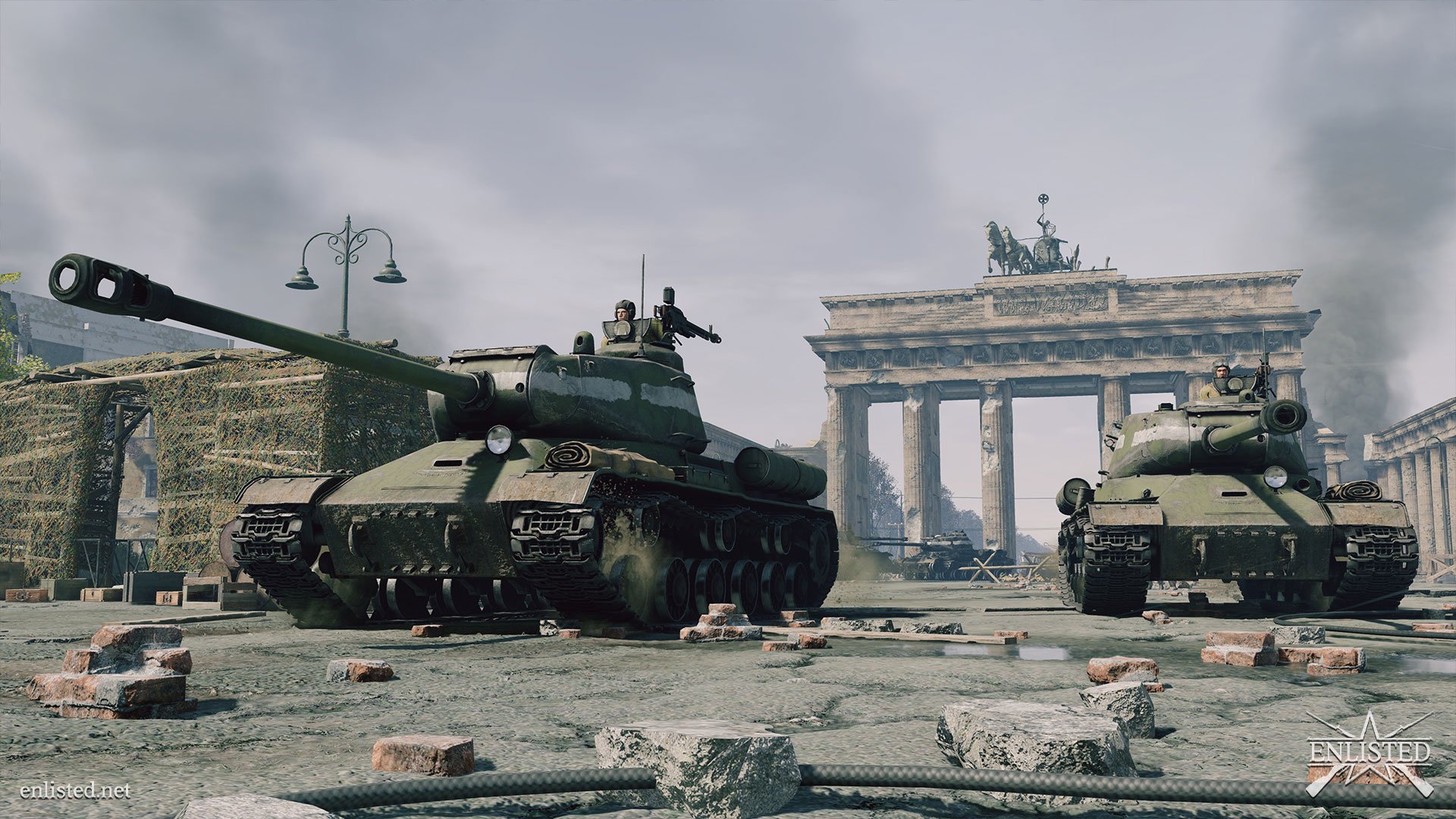 Enlisted is a free to play WW2 game where it doesn’t hurt to know how to level up fast so you can experience everything. As goes with many free to play games, there are hurdles to jump especially if you’re not looking to spend money. This is why it’s useful to speed through those campaign levels and unlock more squads to play with. Continue reading our guide below for tips and tricks on leveling up campaign, squads, and soldiers too.

How to Level Up Fast in Enlisted

Before we get into how to level up fast, it’s important to talk about each type of level in Enlisted. Every campaign such as the Battle of Normandy or Battle of Moscow each has two campaign levels. There’s one for each faction such as the Allies or Axis. This is why it doesn’t hurt to prioritize a campaign and faction so long as your matchmaking times aren’t too bad.

Also, Enlisted squads have levels that provide squad points to use under the Upgrades tab. These are extremely important for unlocking new equipment slots, more soldiers, e.g. And finally, you can increase each soldier’s rank for strong passive perks. Some of the best perks can make a huge difference such as holding your breath longer or healing quickly out of combat.

The only way to reach higher levels is to get points on the board and then have that convert to experience at the end. Unfortunately, this penalizes support roles like the engineer which doesn’t get any points from building. This is why players are more likely to focus on getting kills or assists to get higher scores. And then have that experience multiplied by victories or excelling in a role and getting Battle Hero awards. Regardless, take a look at each section below for some specific tips and tricks on how to level fast in Enlisted.

How to Level Up Campaign

If you’re wondering how to level up a battle/campaign in Enlisted, this section is for you. Due to the free to play model, you’ll need to increase your campaign level if you want to unlock new squads and weapons. This also means, the majority of roles/classes in Enlisted are hidden behind campaign levels. So if you want a cool weapon like a flamethrower, you’ll need to put in the work.

The main trick here may be nerfed at some point, but it works for every campaign. Once you have a tank squad unlocked, prioritize playing tanks with more soldiers/Tankers in them. For every kill you get while in a tank, you’ll get an assist for every soldier in your tank too. For example, if you kill one person and have two other soldiers in your tank, that’s two assists. This is how players frequently have triple or even quadruple that amount of kills in assists. Early tanks are more likely to have fewer seats inside, so you may need to get further first.

However, the T-26 tank on the Allies side is a great example where you’ll start to notice a difference. And it only has three seats total. Just make sure to not rush into battle with your tank and get killed immediately. It helps to engage at a medium distance and knock out infantry. Also, always prioritize killing tanks since they can end your squad quickly.

How to Level Up Squads

Every Enlisted squad has three upgrades under the Squad Upgrades section that provides 25% extra experience each. This adds up to a nice 75% experience boost helping you get tons of squad points. If you can’t see the screenshot for some reason, this image looks like two soldiers with the letters “XP” on them.

Aside from prioritizing experience upgrades, you’ll need to obviously play as that squad to level them up. If you want to gain experience for your sniper recon squad, you’ll need to play as them. Unfortunately, if your squad completely dies, you may need to wait a while before they’re available again. This can make it more difficult to level up your squad if you don’t play carefully. Be sure to take advantage of our tips and tricks guide here.

How to Level Up Soldiers

The main trick behind how to level up soldiers quickly is similar to our squad section above. Aside from needing to play each specific soldier to level them up, you’ll want to prioritize certain squad upgrades. Once you start getting squad points, head over to the Upgrades sections and look at Personnel Upgrades. This section is shown in the screenshot above where you’ll want to get experience upgrades.

Unlike the Squad Upgrades section, you can get four different upgrades that give an extra 25% experience toward every soldier in that squad. This adds up to a total of 100% extra experience. If you’re trying to get perks to make a soldier stronger, this is the best way to go. However, as previously mentioned in our guide, you’ll need to get some kills and assists to get your score up. But in this case, you’ll need to do it as that soldier specifically.

If you’re trying to level up a soldier and start to run out of ammo, don’t worry, there are a few easy methods for getting it back. The reality is, if you’re playing a role like a Sniper, you may live longer than infantry running up front capturing points. And in the end, you may run out of ammo becoming useless. Our guide here on how to get ammo in Enlisted explains it thoroughly.

And finally, I didn’t want to leave out the money option for those that want to pursue it. Enlisted has a premium currency that costs real money called Enlisted Gold. You can use this to buy campaign levels, squad points, perks, and a premium account for extra experience too. It’s up to you whether you want to spend money on the game or not, but it’s definitely an option if you want to speed up your grind.

If you have some tips and tricks of your own on how to level up fast in Enlisted, comment below and let others know. Everyone needs a little help sometimes and that’s why we love writing guides for you. If you’d like to see more Enlisted guides, visit our guide hub here. We’ve also listed a few useful guides below that may be of interest to you.