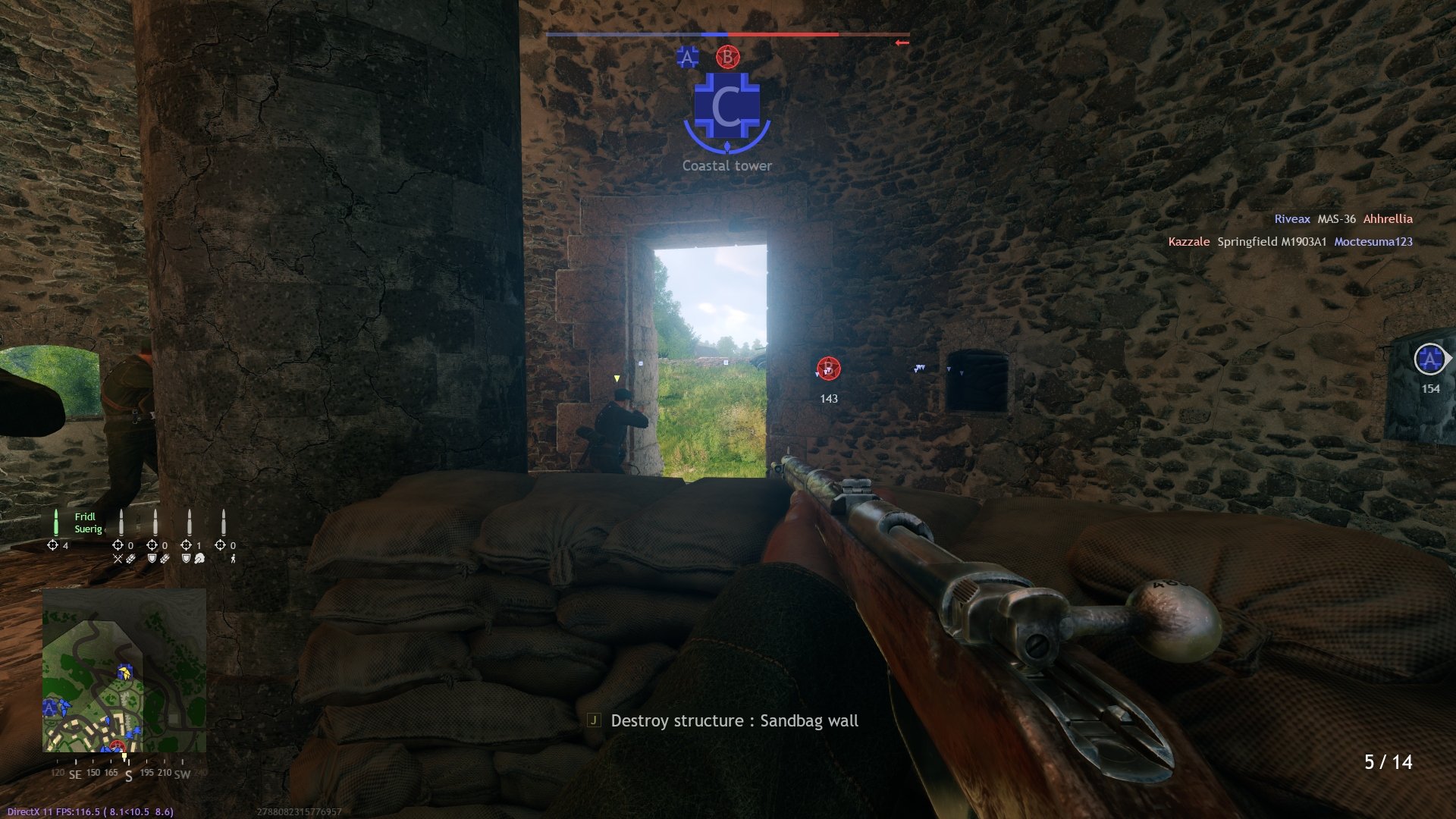 Enlisted is a free to play WW2 game with a squad focus where each soldier has a specific role. While each role revolves around killing enemies for points and getting a high score on the board, engineers are left behind. This is the disappointing reality when games don’t reward those who spend time building fortifications. Which leads to the question, why don’t engineers get points in Enlisted?

One of the strongest roles is the engineer class because they can build spawn points, ammo boxes, sandbags, and more. It’s practically impossible to get ammo for your weapon if you don’t have an engineer on your team. Also, Rally Points for spawning play a massive role regardless of the mode you’re playing. But, they’re essential to winning when you’re playing the Assault mode where capture points are quite a hike away. The issue is that you can spend all this time as an engineer building and you won’t get any points.

This situation discourages people from playing that role, in spite of how useful it is. There’s no reason why you shouldn’t get points from building, even if it’s only a small amount. As a fan of the engineer role, there’s nothing more disappointing than spending an entire game building and ending at the bottom of the board. Aside from looking like you did nothing, you’ll barely get any experience since that’s tied to score. It doesn’t matter if you get the best engineer award when that multiplier has nothing to amplify.

Enlisted developer Darkflow Software already has a decent system in place to prevent players from abusing points. Engineers are limited to a certain number of resources per soldier. And they’re limited to a certain number of structures per match. This doesn’t completely prevent hijinks, but it does make it a little more difficult. The unfortunate reality is, people can still destroy their own fortifications and replace them so long as they have resources. A way to combat that would be a limited amount of points per soldier or squad from building.

Even if the Enlisted developer made it so the number of points isn’t a significant amount, at least it would be something. Because right now, it’s simply disappointing carrying your team to victory with well-placed structures and suffering. If you start to realize nobody on your team is placing Rally Points or Ammunition Boxes, this is why.

How Engineers Should Get Points

Instead of yelling into the wind without giving any suggestions, I want to make a few recommendations on how this could work. And if you have some thoughts of your own, be sure to let us know in the comments below the article. Who knows, it might help make this happen.

Overall, I’d love to see some Enlisted game changes that give the engineer role a little more love. It doesn’t matter if you’re running a squad with one engineer or a complete battalion. You deserve to get points for helping your team succeed with your fortifications. I’ve seen players fortify capture points so heavily that it becomes a massive pain to get through. And to think they’re not benefitting at all is a bummer too. Be sure to let us know in the comments below if you think they deserve points.

If you’d like to see some of the Enlisted guides here at Slyther Games, visit our guide hub here. Or if you’d prefer, we’ve listed a few specific guides below that may be of interest to you. We’re always trying to help players understand the game with some useful tips and tricks too.