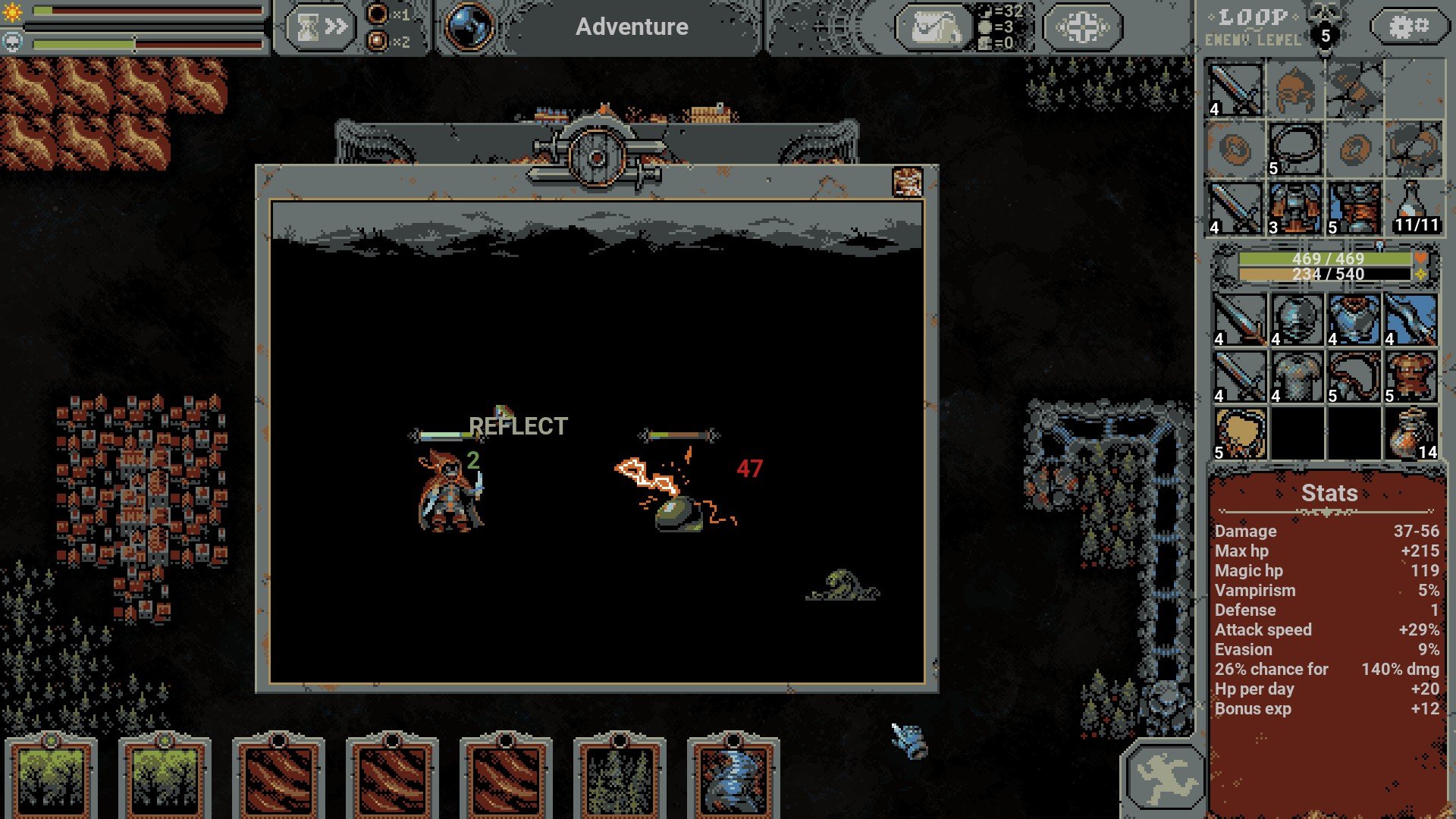 If you’ve beaten a couple of Loop Hero bosses, you may have come across a trait named Gift of Blood. Depending on which class you grab it for, it has a slightly different description about triggering Blood Lightning. I’ve thrown this guide together to publish some theories and guesses on what it may do, as it’s still unfortunately unknown.

What Does Blood Lightning Do in Loop Hero? 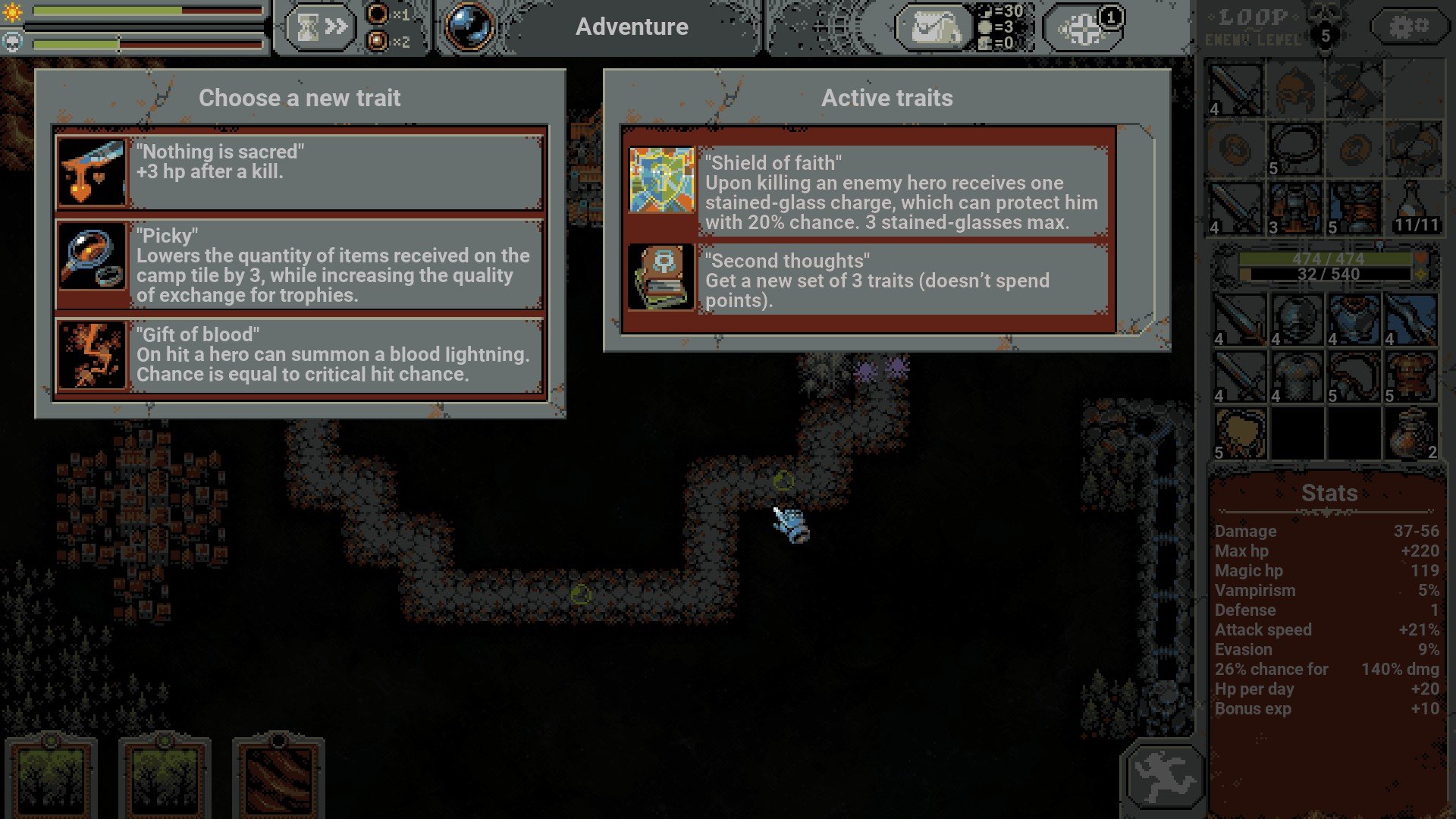 As mentioned in the above paragraph, nobody seems to know what the Gift of Blood trait does. That includes us, but we’re still going to talk about what we do know so far. Every class can get this trait by unlocking it after killing the Chapter 2 boss. You won’t necessarily get it immediately as there are many unlockable traits unique to each Loop Hero boss. What’s known about Blood Lightning so far is how it triggers for each class.

Despite the trait’s use being unknown, it still has an animation with red lightning. I’ve triggered it frequently on my Rogue even with a lower critical hit chance near 30%. It’s important to note that you don’t need to get a critical hit as the Rogue for it to trigger. They’re separate from each other. Also, I tried comparing my damage with when the trait triggered, to see if it’s adding damage. As damage numbers are combined, it’s difficult to know whether it is or not. When I had 41-62 damage, I landed a 62 damage hit with Blood Lightning. This means at most, it could have added 21 if I dealt the minimum amount of damage. 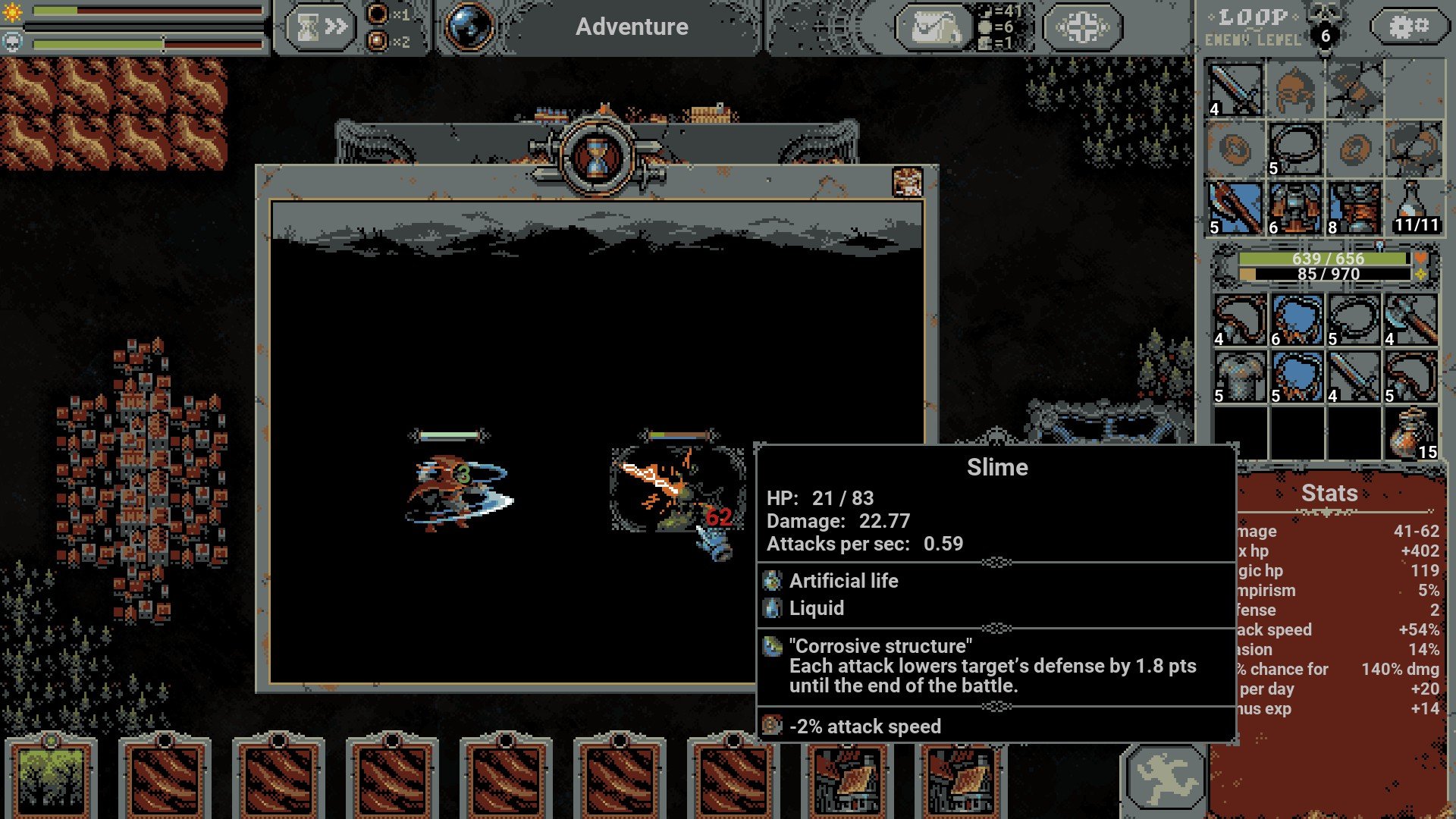 After reading thoroughly through Loop Hero discussions on Reddit, Steam, and Discord, here are some guesses I’ve come across on what Blood Lightning does. If you have an idea or even the answer yourself, comment below the article to let us know. We’d love to update everyone.

We’ll update this article if/when we find out what Gift of Blood actually does. And as previously mentioned, if you know or have a guess, comment below the article to let others know. For more Loop Hero guides, head over to our guide hub here or check the useful guides listed below.