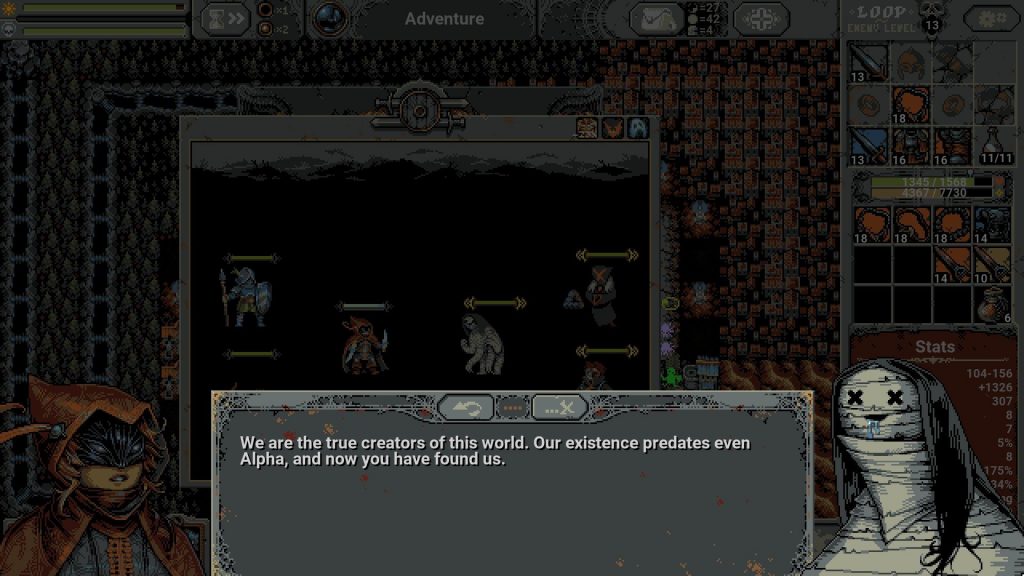 If you’ve heard about the secret bosses in Loop Hero, you may be wondering how to spawn them. Before reading any further, know that this guide contains spoilers regarding a boss. However, it’s not required to complete the game, it’s merely a side easter egg instead. There are two secret bosses we currently know about, with one being the Frog King here and the other below.

How to Spawn the Secret Developer Boss in Loop Hero 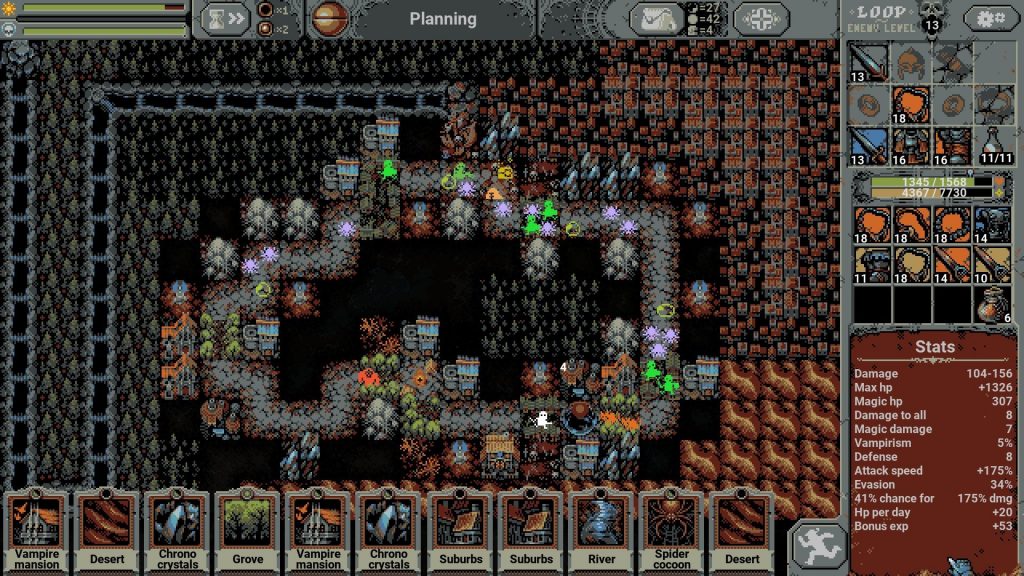 While we haven’t confirmed it, you may need to complete Chapter 2 before doing this. That aside, you can summon them on any chapter. The trick to summoning this boss is by having six unique buildings overlapping each other. For example, using the blue aura zones from a Road Lantern, Smith’s Forge, Vampire Mansion, Outpost, Battle Field, and Chrono Crystal. You can see this in the screenshot above near the bottom right corner. After doing so, a blue wisp/lightning-looking animation will appear on a tile that you need to hit with an Oblivion card.

After using an Oblivion card on the correct spot with six blue zones overlapping, a boss portal will appear here. This is similar to the Incursion tile that replaces the campfire when a boss spawns. For those that want to know what the blue lightning line looks like, we’ve posted that below as well. 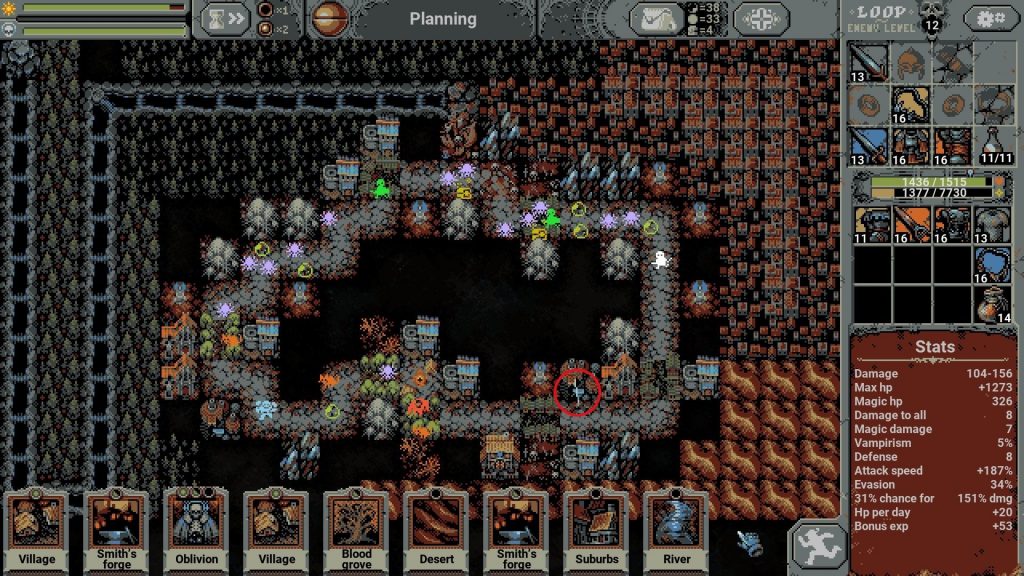 We haven’t confirmed every card type, but after doing some research, these seem to be the eligible cards for triggering the spawn. It’s currently known that Storm Temples don’t satisfy the conditions needed. If you find out that any other cards work for summoning this boss, be sure to let us know in the comments so we can update the article.

What to Know About Each Boss

This is an easter egg in Loop Hero because there are four different bosses named after each developer. We’ve included some details on each boss below so you can go in a little more prepared. Expect a tougher fight than the Chapter 4 boss if you’ve managed to beat that one. If you want to see the dialogue from starting the fight and afterward, YouTuber Video Game DataBank has a video here. 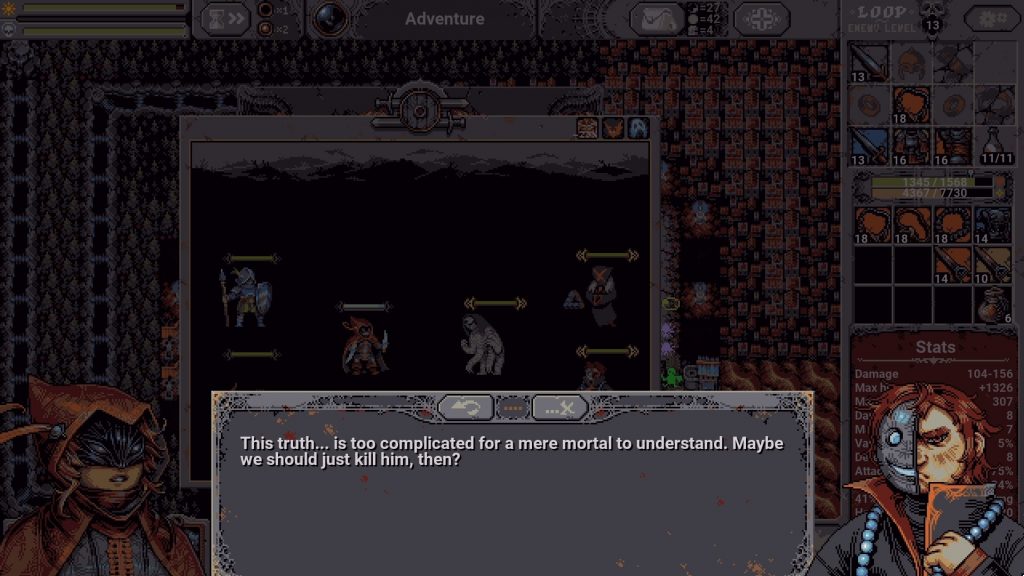 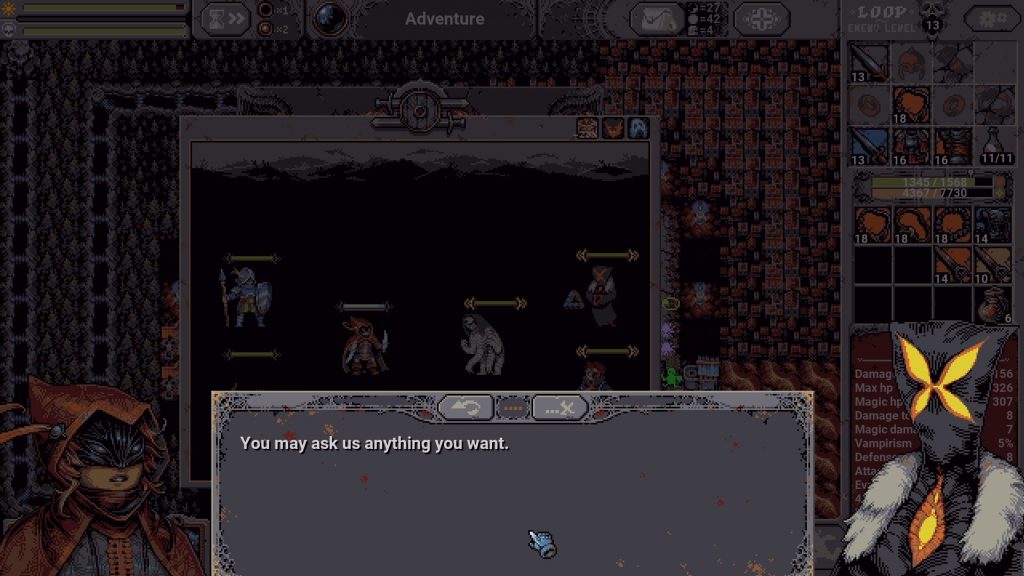 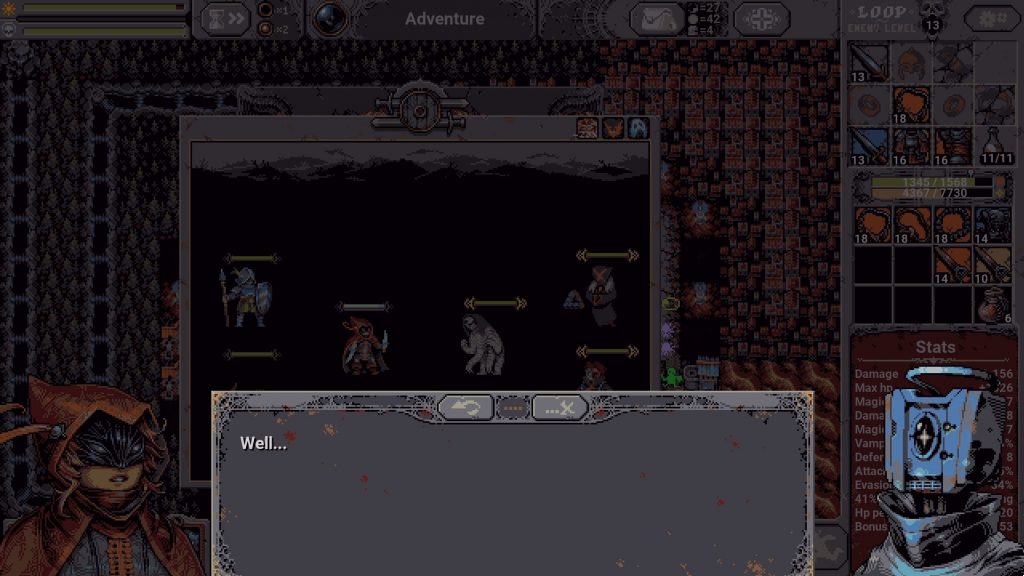 If you haven’t already, be sure to visit our guide on How to Spawn the Frog King. But if you’re not interested in that, we’ve also got a Loop Hero guide hub here for every guide we’ve written so far. And we’ve listed a few guides below that may be of interest to you.