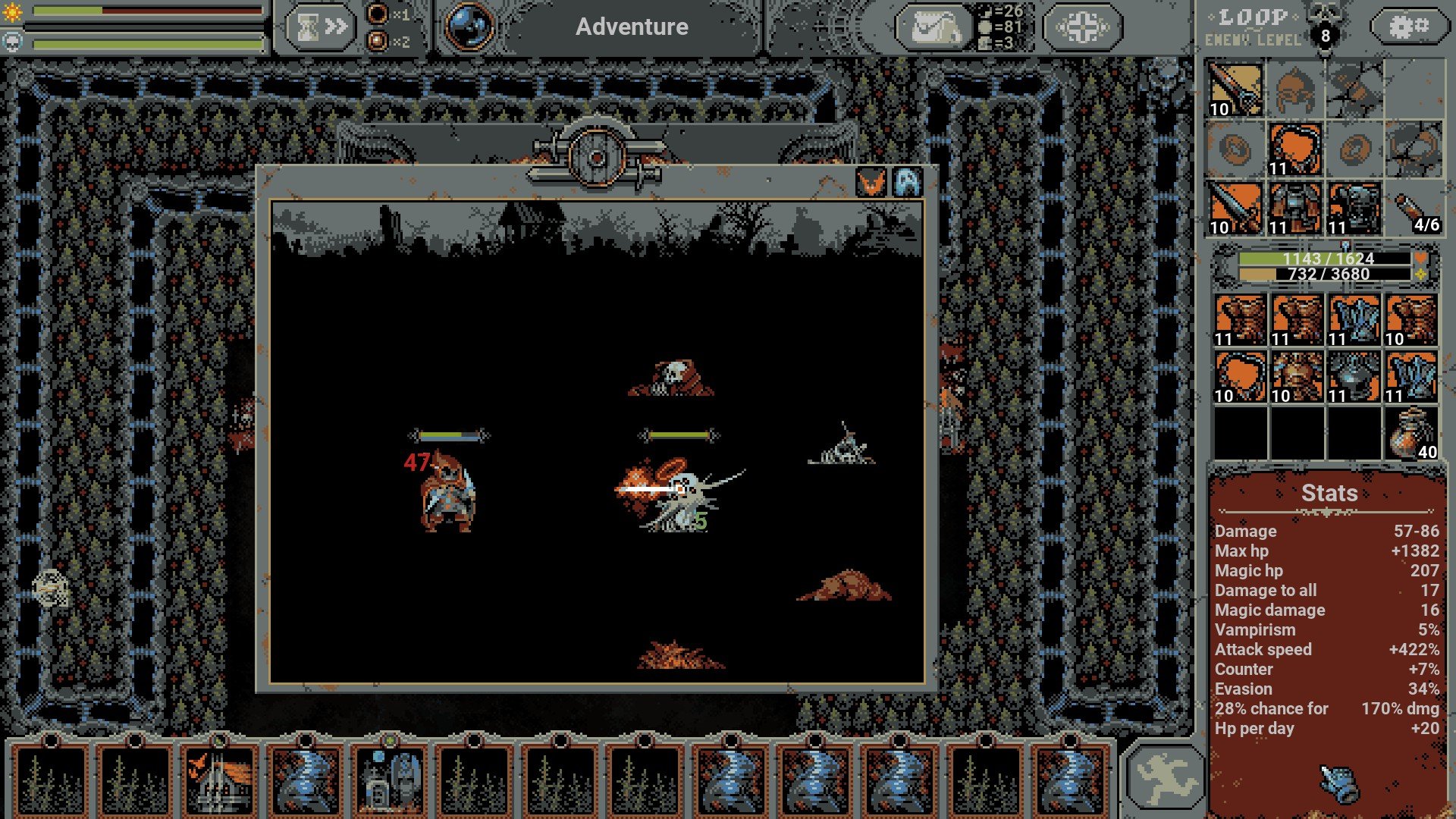 If you’re trying to get every achievement in Loop Hero, you may have noticed an odd one named Broken Geography. The description for this achievement is, “Place 10 cards you didn’t have in your deck, not counting “Oblivion”. If you’re already thinking, wait, is that even possible? You’ll want to read our guide to learn how.

How to Get the Broken Geography Achievement in Loop Hero 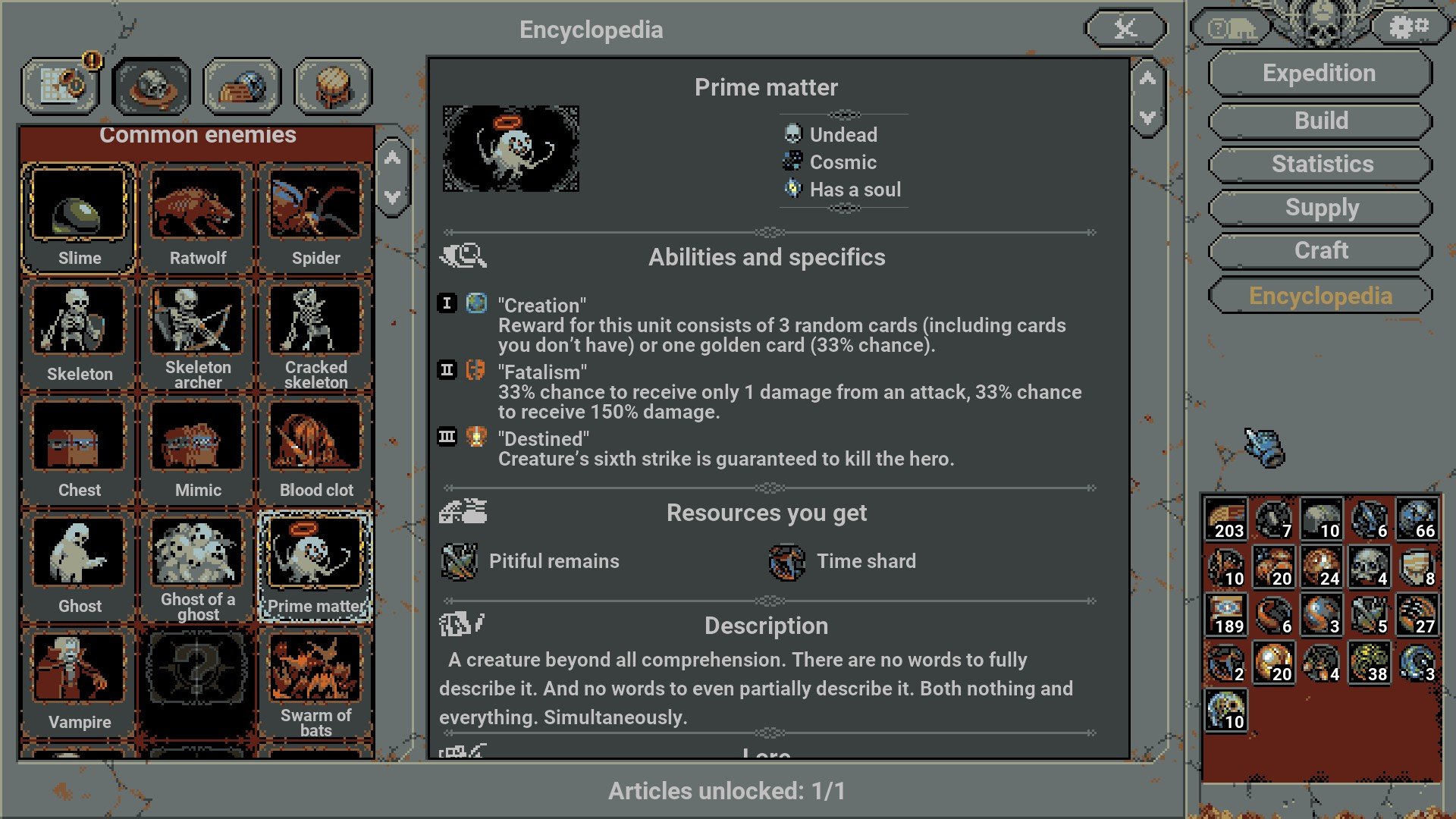 The Broken Geography achievement can be frustrating and time-consuming to get because of how it works. The only way you can get cards that aren’t in your deck is to kill an enemy named Prime Matter on Chapter 2 or above. In order to spawn a Prime Matter, you need to spawn a Ghost, that becomes a Ghost of a Ghost, and then finally becomes a Prime Matter.

The way this works is you need to place Battle Field tiles which have a 20% chance of enemies becoming a Ghost if they have a soul. Loop Hero enemies that have souls are in the table below. Bosses haven’t been included to avoid spoilers.

Tips For Getting Broken Geography 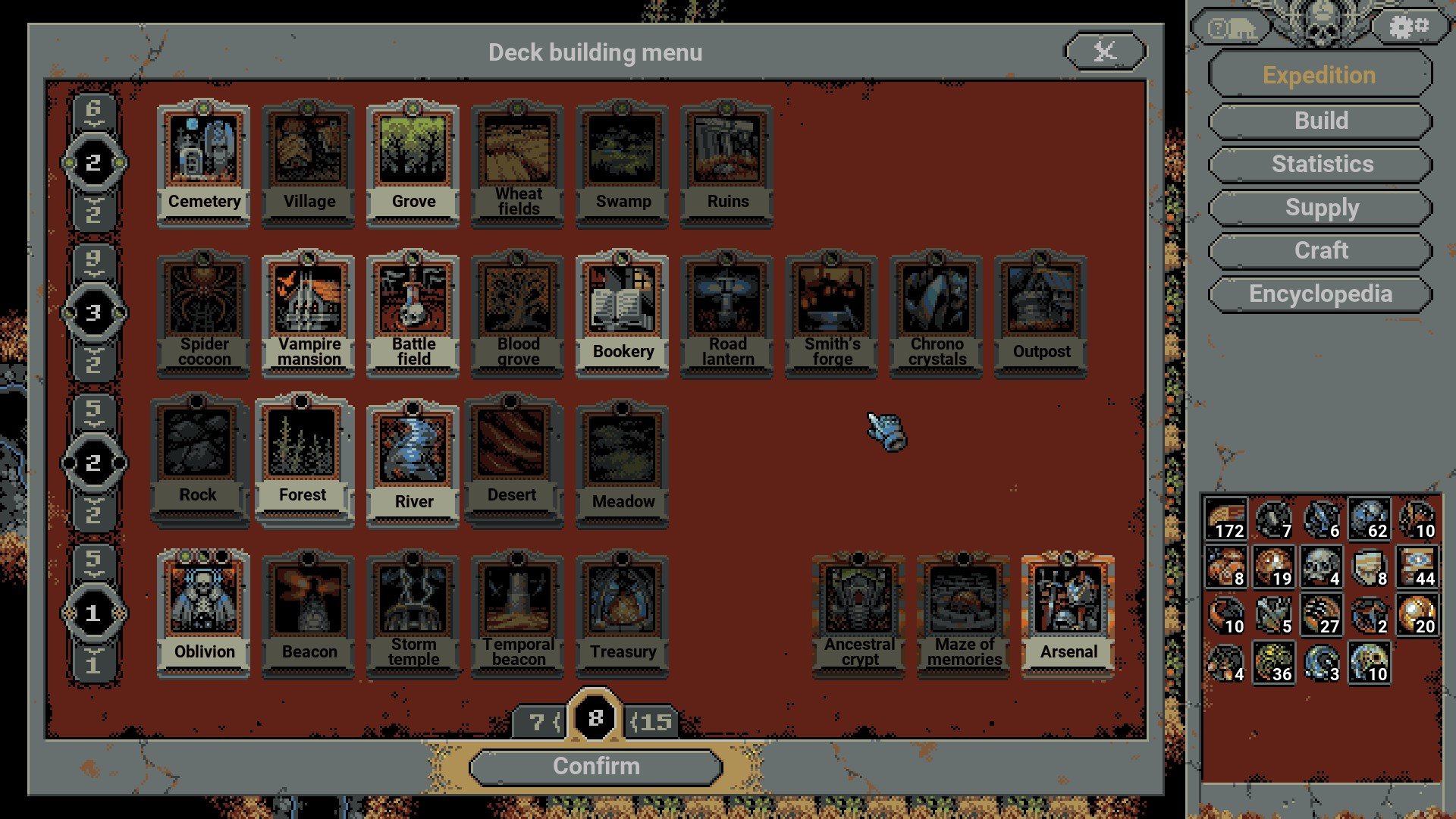 This is the deck I used to get the Broken Geography achievement. If you want to add another card in, you can use Chrono Crystals to speed up the Cemetery Skeleton spawns. In my opinion, the Skeletons are nice to grind, but they have a lower chance of spawning Ghosts due to their Not Finished trait.

When a Skeleton dies, it has a 50% chance to become a Cracked Skeleton that doesn’t have a soul. Regarding the other cards, the Bookery is useful for replacing cards you don’t need with better ones like Thickets.

If you have any other Loop Hero questions, feel free to comment below for help and we’ll try to get back to you. And if you’re looking for more Loop Hero guides, visit our guide hub here. We’ve posted a few useful guides below that you may be interested in.