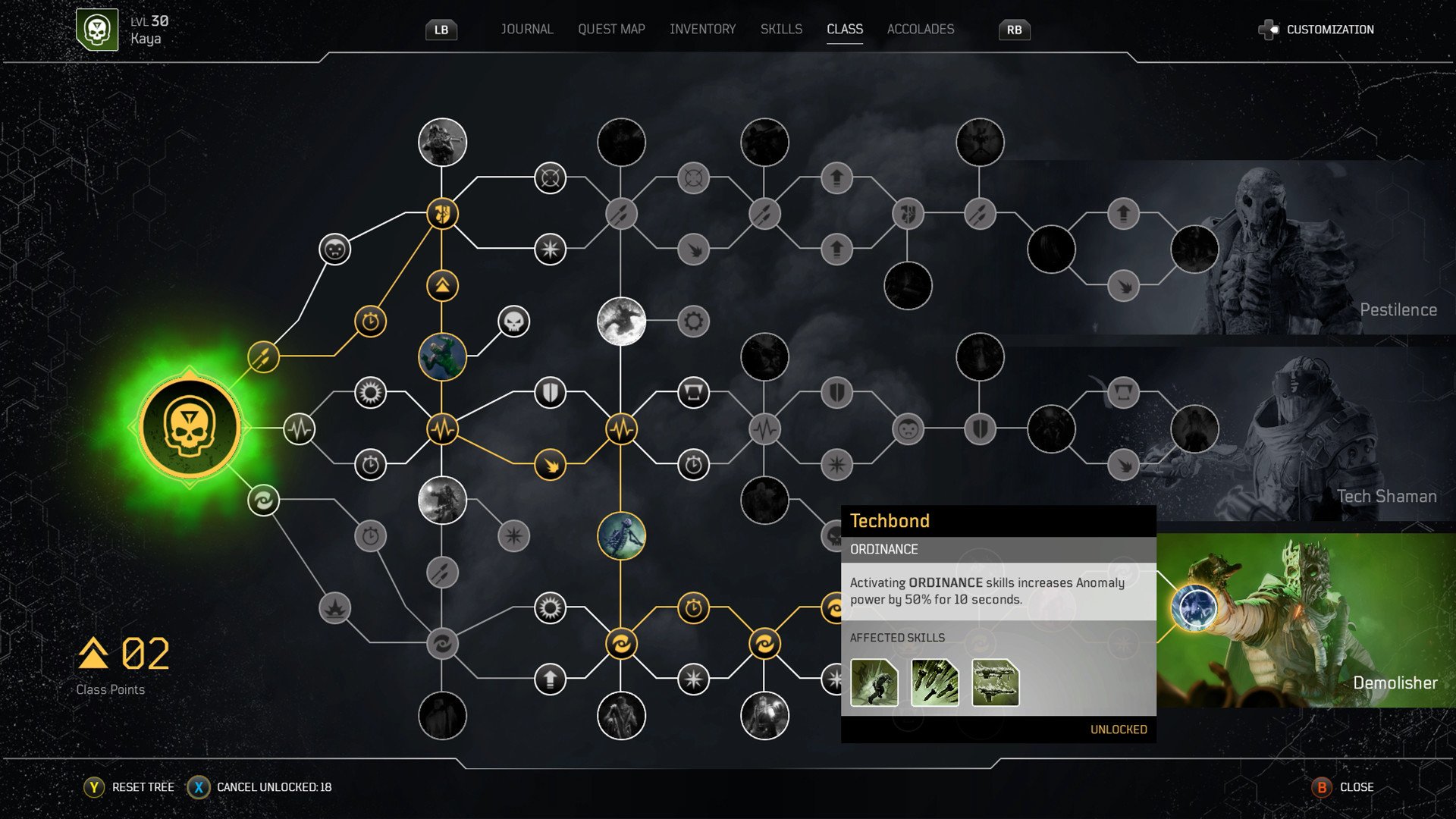 If you’ve just started playing the looter shooter Outriders, you’re probably wondering how to get class points. These make a significant difference as you start putting together your class tree, regardless of which class you pick. It’s important to know how to get them and how many you can get. Continue reading below to learn how many you can get in both the demo and full game.

How to Get Class Points in Outriders 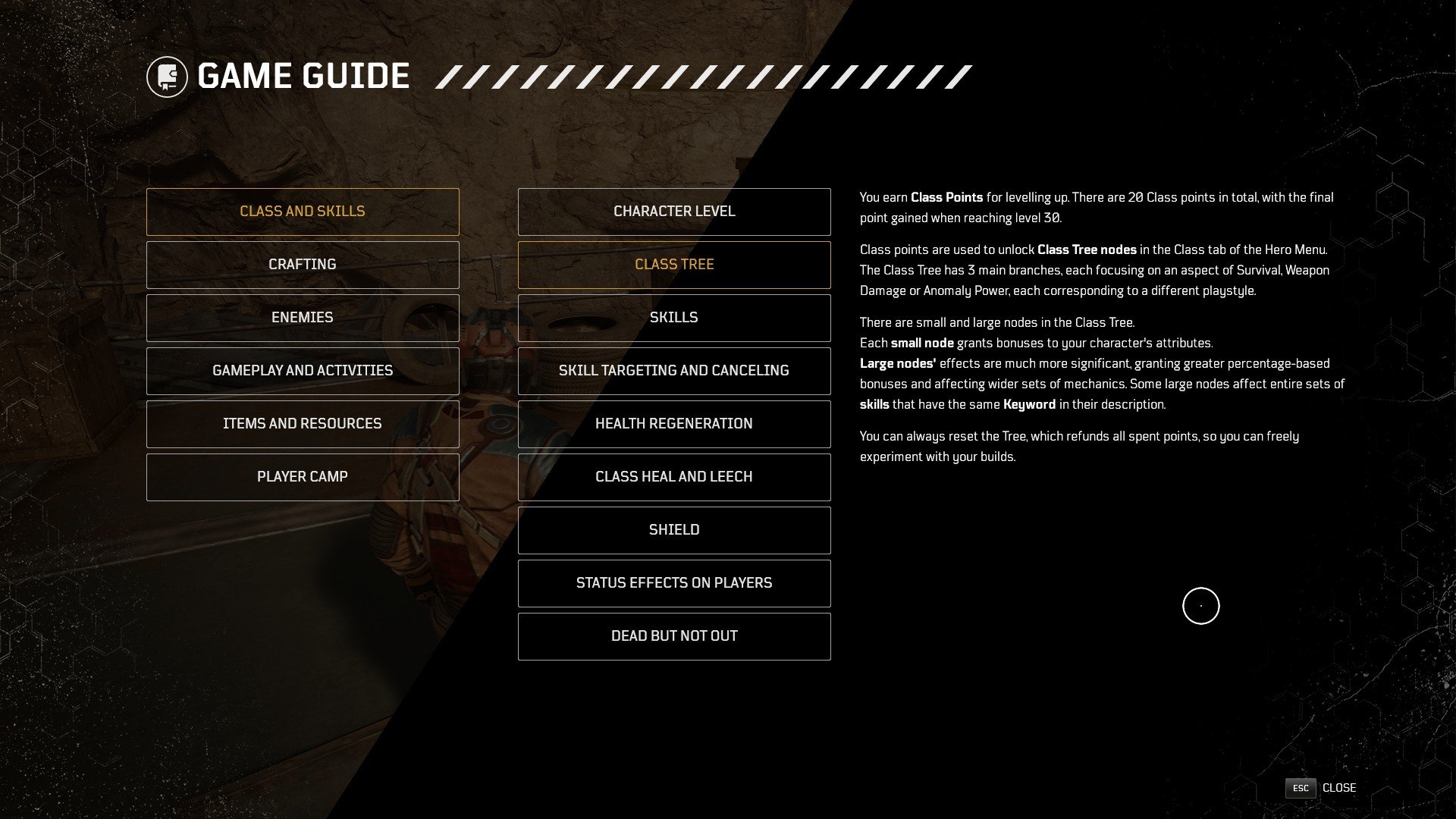 When you first start out in Outriders, you won’t have any class points to spend quite yet. You’ll need to grind out some levels from killing enemies and completing quests. Over time, you’ll get class points every couple of levels for investing in your class tree. Each of the four classes has three similar paths along their tree. One prioritizes survivability, another on weapon damage, and the third on anomaly power. Depending on which route you pick, you’re mostly stuck in that path with some choices along the way.

Once you reach the max level in Outriders, you’ll have a grand total of 20 class points to spend. Unfortunately, that means you’ll need to pick which nodes you really want. But on the bright side, you can reset your class tree at any time for free. This doesn’t require visiting an NPC or spending any resources. For those playing the Outriders demo, there are a few restrictions in place preventing you from getting too far.

While class points are useful for amplifying your playstyle, weapon and armor mods are where your build really comes together. Fortunately, you don’t need to worry too much about overpowered builds when you’re still playing through the main campaign. Your biggest priority until reaching endgame content is purely getting higher-level items. And maybe a few mods that you’ve noticed make a big difference. If you’re curious about builds, we have a Trickster Golem Build here. 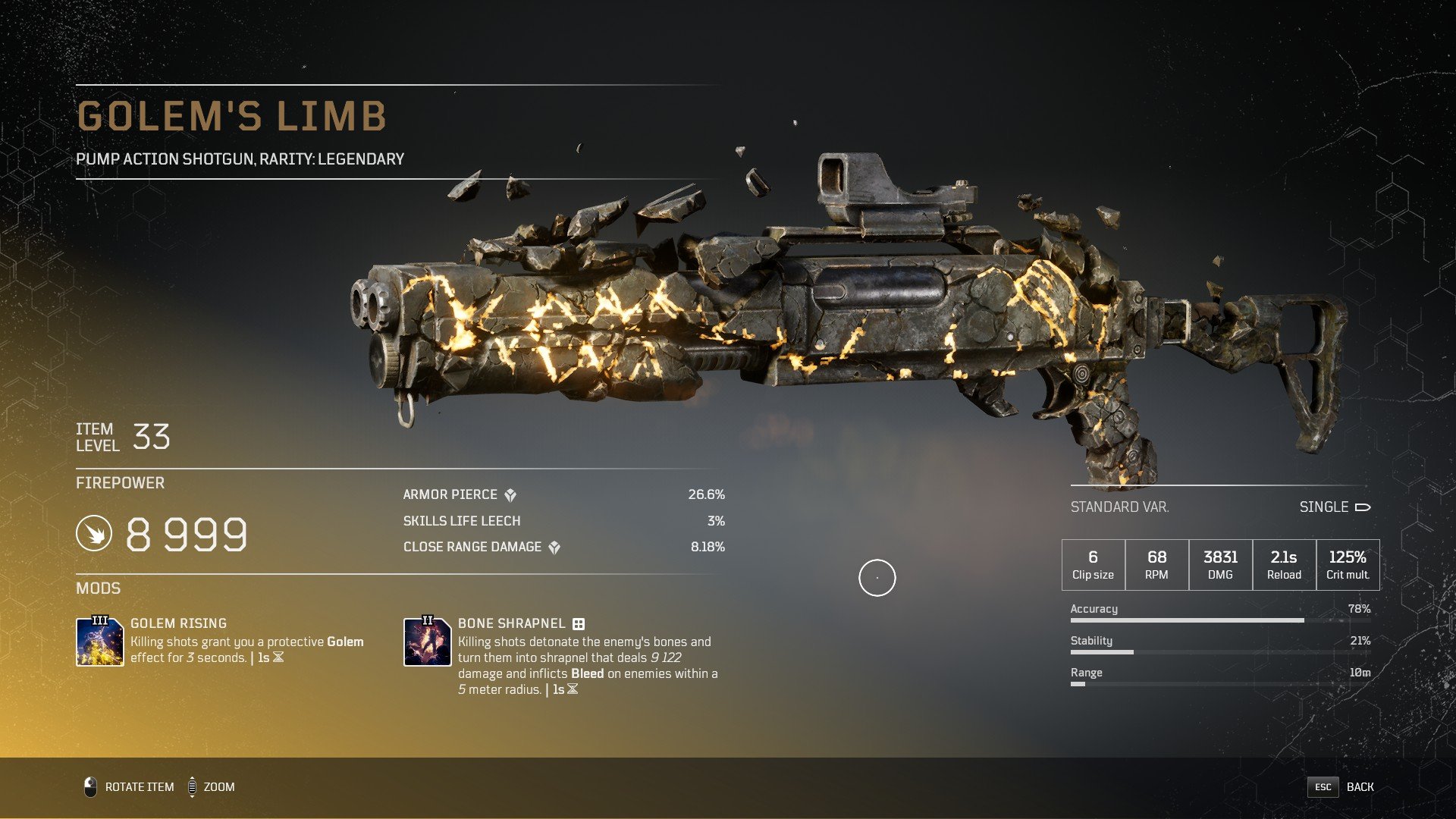 Here’s an example of one powerful legendary item and the mods on it.

Once you make some decent progress in the Outriders story, you’ll have an easier time trying to create builds. It’s important to unlock Dr. Zahedi for crafting so you can modify your gear. Also, you’ll get resources naturally over time by dismantling gear and harvesting iron veins around Enoch. By this point, you can start debating which class tree path you’d prefer to go down. Currently, the Outriders community is still playing around with different build ideas figuring out what works.

Many builds focus on skills that enhance your bullets such as Twisted Rounds on the Trickster or Blighted Rounds on the Technomancer. This led to the developer even nerfing those skills to bring them a little closer to the rest. However, some people are still getting creative with neat anomaly power builds too.

If you learned something in our Outriders guide, be sure to visit our guide hub here for more useful tips and tricks. And if you have any specific questions, feel free to ask in the comments for help. Otherwise, we’ve listed a few useful guides below that may be of interest to you. If you find yourself struggling with a tough boss, we’ve got a few boss guides at our guide hub too.

Outriders is releasing on April 1, 2021, for Xbox One, Xbox Series X/S, PlayStation 4, PlayStation 5, and PC. It will be playable on PC via Steam, Epic Games, Stadia, and NVIDIA Geforce Now.