When you’re first starting out in Valheim, you may run into an issue with your crafting station needing a roof. There’s a common misunderstanding around what makes a roof in Valheim and that’s what this guide is here to answer. 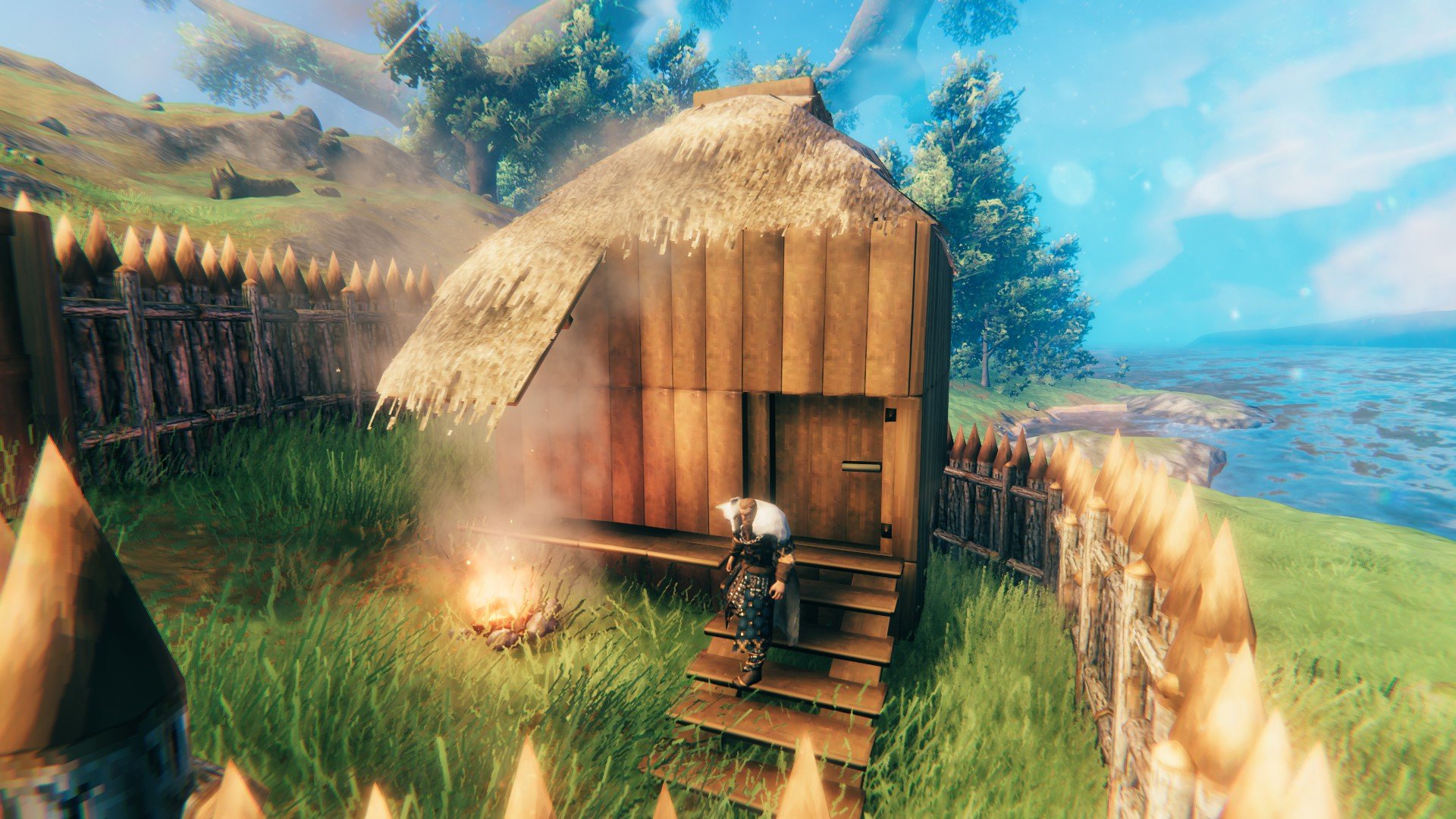 One of the first steps to making your own base in Valheim requires building a Workbench. Before that Workbench is usable, you’ll need to give a little shelter and a roof. Due to the way Valheim works, you can’t use flooring as a roof since it takes damage over time from weather like rain or snow. Instead, you’ll need to use the thatch roof options instead. An example of the thatch roofing used for a base is shown in the screenshot above.

Thatch roofs are also great for preventing a campfire from going out during bad weather. This makes it so you can still get all those warm rest buffs even in the middle of a storm. If you’re wondering how decay works with buildings that aren’t covered by roofs, not every structure is affected by this. For example, the large Stakewalls shown in the screenshot above won’t take rain damage. However, a large wooden gate for those walls will. Fortunately, rain and water damage from the ocean doesn’t seem to completely destroy buildings. Instead, they’ll bring the health of a building very low without going further.

The main reason it’s important to provide enough shelter around a Workbench is so you can start using it for other useful recipes. This is where Valheim starts to open up giving you access to new weapons and armor as you continue exploring the world.

For more guides here at Slyther Games about Valheim, take a look at our guide hub here. Otherwise, we have plenty of other useful guides for beginners looking to get an easier start.