Apex Legends is one of the top battle royale games right now and if you’re looking to try it, you’ll want a few tips going in. This is our list of the best tips and tricks for beginners trying the game whether it’s your first or hundredth time playing. Take a look below!

Before you even start playing Apex Legends, you’ll want to know which character/class you should pick before jumping in. Characters are known as Legends, and people playing for the first time will have six of them unlocked. Here’s a quick description alongside tips for each Legend I recommend if you’re a beginner: 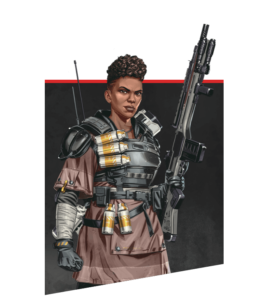 This character has great mobility for getting around and escaping due to her abilities. She has a Smoke Launcher that can place a large amount of smoke both near and far away from her. This is great for running away or blinding an enemy shooting at you. While her passive Double Time gives a 30% increase in run speed after getting shot or having shots near you.

Her ultimate can be difficult to use, but terrifying for anyone nearby as it calls in an artillery strike. Abilities aside, another reason she’s a great starting character is that she gives useful information on items she pings. Her voice lines will often tell you how a gun works or what specific mods do. 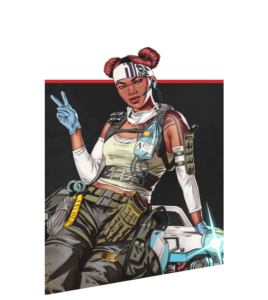 This character functions as a great support role and is also one of the smallest characters, making them difficult to hit. Her tactical ability puts out a drone that heals all nearby players for up to 150 health in total. Also, her new passive Combat Revive uses the D.O.C. Heal Drone to revive teammates without needing to revive them yourself. This gives you time to revive another teammate or fight while D.O.C. creates a shield in front of your downed teammate.

Lifeline’s ultimate takes a long 360 second charge, but it calls in a care package with potentially useful items. This is why people love going to Capacitor on the King’s Canyon map. 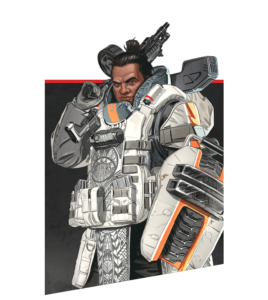 This character isn’t a popular pick because his size makes him the easiest character to hit. However, buffs in recent patches have given him a better fighting chance. Gibraltar can be a decent beginner pick since his abilities center around protecting him with shields. His Gun Shield provides a 50 health shield over his upper body whenever aiming a gun. While his tactical is a giant dome shield that teammates heal and revive quicker inside.

Gibraltar has a difficult to use ultimate similar to Bangalore with a mortar strike that hits an area around your thrown smoke grenade. The delay makes it easier for people to escape without getting hit. 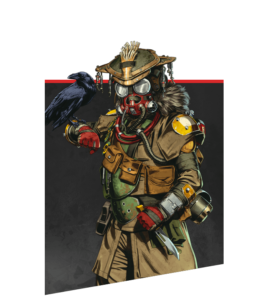 This character is a decent middle ground among the legends without being too powerful. However, it’s important to communicate with your teammates if you choose Bloodhound. Their tactical ability scans a wide 125-degree cone in front of you showing enemies and traps. It will continue to show their location for four seconds before disappearing. This is extremely useful for finding enemies and even during a fight to track their movements.

Bloodhound also has a unique passive where they can track enemies using clues to find where they are. Examples include following footprints, slide marks, ziplines, and plenty more. Each clue will provide an amount of time since the enemy was last there.

Bloodhound’s ultimate increases your speed and highlights enemies in red, while also converting your vision to black and white.

Almost nobody likes being the Jumpmaster in Apex Legends because of the stress that goes into picking a good landing spot. However, there’s no need to stress out when you know how to land fast and good places to go. The main strategy to landing quickly anywhere is to control your speed shown at the top left corner while dropping. You’ll want to point toward where you’re going and occasionally look down to pick up speed.

There are two strategies for landing in Apex Legends that I recommend. When you’re a beginner, you can either land on hot drops for instant action or play a bit safer instead. If you land on hot drops constantly, you’ll probably die often and may become frustrated. But, it forces you into the action and gives you an opportunity to learn the combat. The alternative is to wait a little bit on the dropship before jumping, and then pick an area farther from the drop path.

The second method gives your squad more time to loot and less hassle fighting players immediately. Just don’t be surprised if a squad sees your trail and follows you anyway.

Tip 3 – How to Revive Teammates

Before a player dies in Apex Legends, they’ll be down for a short amount of time and can be picked up by interacting with them. Once they completely die, their banner is grabbable from their death box. The Crypto character can also grab banners with his drone. Nonetheless, you can run this banner to any revive beacon on the map, marked by green dots. After a short interact time, the player will respawn via a drop ship at the beacon.

A recent patch also added mobile respawn beacons that let you revive a teammate from anywhere on the map. Just remember, respawn ships are extremely loud regardless.

Buildings can easily be your best friend if you know how to manipulate doors. Once you close a door, you can block it with your body and nobody will be able to open it. However, they can break it with two kicks or using grenades like a thermite grenade or arc star. Blocking doors with your body is a great opportunity to heal yourself as long as an enemy isn’t already there breaking in. A common mistake players make around doors is trying to break them with the kick option.

Once you break through a door using kicks, the animation before you can shoot again is rather long. This makes it extremely easy to kill a player breaking through your door before they can even hit you. Another way to throw people off when they’re breaking through is to crouch before shooting them.

Aside from blocking doors, remember you can use them as cover from bullets as well. Bullets won’t penetrate a door or go through it either. So sometimes it’s useful to have a door facing outside a building instead.

Tip 5 – How to Use the Ping System

Apex Legends has led the way for many games now adding ping systems for easier communication between players. Learning how to ping is extremely important because it relays all sorts of information to teammates. Examples of what you can ping whether using the radial menu shown in the screenshot or not are below:

The default ping button for each platform is middle mouse click on PC, the right bumper on Xbox One, and R1 on PlayStation 4.

Everyone has their own preferred guns and meta as there are many strong weapons. However, these are some guns worth using if you’re starting out for the first time. I recommend the Spitfire, Mastiff, Longbow, and R-301. The large ammo size of the Spitfire makes it great for people still training their aim in Apex, despite its’ low fire rate. The Mastiff has proven itself extremely strong this season as its no longer a care package only weapon.

The Longbow is a great sniper for anyone to use, especially since it has a fast fire rate. You should always make your first shot count, but anything after that is fair game for spamming shots. Plus, the Skullpiercer attachment makes the Longbow deal more damage on headshots.

The R-301 is a consistent light ammo assault rifle for short and mid-range combat. As the match gets closer to the end, it’s an easy swap to the light R-99 for closer quarters action and a faster fire rate. I didn’t recommend the R-99 first because it has a lot of recoil. Plus, it suffers without an extended light mag.

Tip 7 – What is Low Profile and Fortified?

Apex Legends has two perks that were added to help balance different legends that were either underpowered or a little too strong. Low Profile is a perk added to certain legends making them take an increased 5% damage. On top of that, for these legends, they take the same damage to the body as they do to their legs.

The second perk is Fortified that reduces incoming damage by 15% and prevents being slowed by bullets. Legends with each perk are shown below:

The shield and attachment tiers rise in color starting from white and ending at red, exclusively for shields. The higher in tier each one is, the stronger it is depending on what you’re using. For attachments, only a few gold ones are lootable without having to find a fully gold kitted weapon. Tiers are below from left to right:

An important tip to know regarding shields is that the damage numbers on a player tell you what shield they have. It doesn’t matter how low or full their shield is, it will always be the color of what they have equipped. For example, shooting someone with a purple shield will show purple damage numbers until their shield is broken. Then, you’ll hear a glass shatter sound to indicate their shield broke. At this point, you’ll see red highlighted damage numbers to show you’re hitting the person’s health directly.

Tip 9 – Looting Shields During a Fight

This is an oddball tip as with any battle royale game, you almost never want to loot during a fight. This time, I’m telling you to do the exact opposite of that. When a player dies in Apex Legends, their death box will appear with whatever shield they had equipped, completely recharged. So if you just killed a player wearing a gold tier shield, they’re going to drop a full shield. This is why sometimes, it’s a great opportunity to upgrade your shield or replace a broken shield. Just make sure you don’t get caught doing it.

So long as you’re not in too intense of a situation, grabbing enemy shields after you win a fight is also a great way to save shield cells. That’s assuming the team you killed has a better shield than what you do.

Tip 10 – How to Move Fast in Apex Legends

There is a variety of tricks to move quickly, however, here are two easy and quick tips (no pun intended). If you hold crouch on a downward sloped surface after running for a little bit, you’ll slide. This works great for getting a little extra speed and in some cases, a ton of speed. You can get away with sliding on flat surfaces, but with less success.

My second tip for moving fast is to put your guns away when you’re running. Having your gun holstered gives you a decent speed boost for those quiet moments when you’re simply looting. Try taking advantage of this when you’re safe and need to get somewhere a little faster.

Learn more about Apex Legends with our other guides on How to Grapple With Pathfinder and How to Get Heirloom Shards for cool skins.

Apex Legends released on Xbox One, PlayStation 4, and PC, on February 4, 2019. It’s currently planned for Nintendo Switch in late 2020 with cross-platform play on all consoles. There are rumors about a mobile version too.