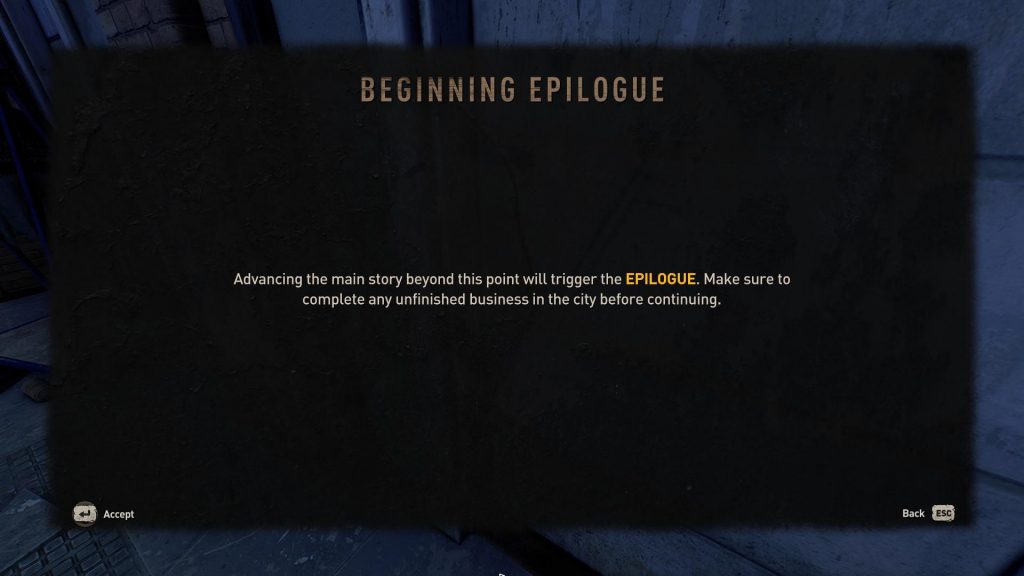 A common question with many open-world games is what happens after the ending. This can make you wonder especially if a major plotline unfolds or a huge event that changes the world. If you’re one of many people asking what happens after beating Dying Light 2, this short guide is for you.

Our guide covers what changes and what doesn’t after completing the epilogue. Quick disclaimer: This article doesn’t contain any spoilers regarding the story.

What Happens After the Ending in Dying Light 2 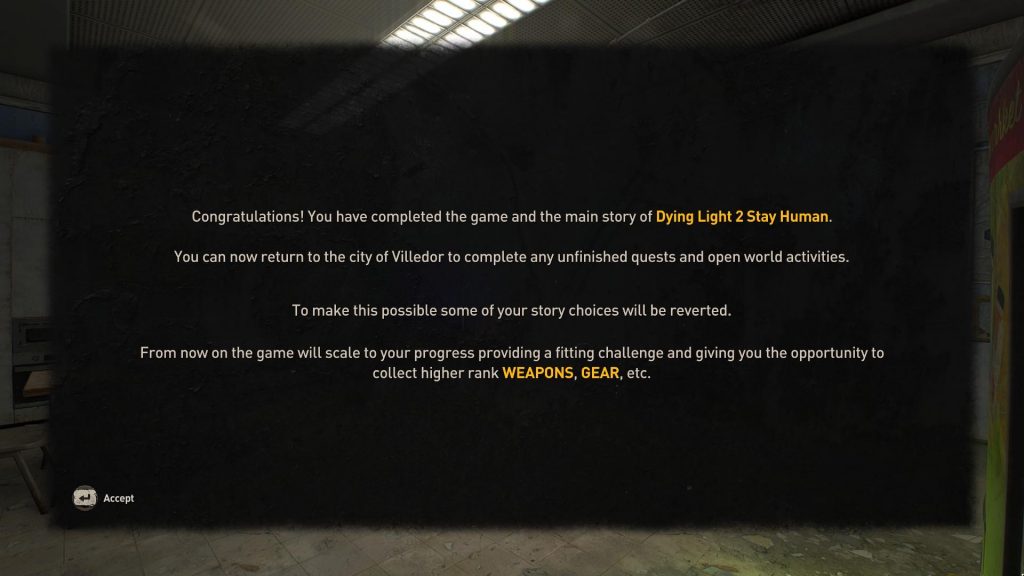 If you can’t read the message in this screenshot, I’ve it typed out a little further down.

After you’ve finished watching the credits, you’ll return back to Villedor where you can continue exploring. The screenshot above contains a message you get after completing the epilogue. If you’d prefer, you can read it below as well. While it does say you can continue working on unfinished quests and open-world activities, certain quests may no longer exist.

I noticed a side quest missing after beating Dying Light 2 that may have been impacted by major decisions. It’s possible I failed this quest before the epilogue due to certain choices and it may not be related at all. But, it’s still worth mentioning just in case.

Congratulations! You have completed the game and the main story of Dying Light 2 Stay Human.

You can now return to the city of Villedor to complete any unfinished quests and open world activities.

To make this possible some of your story choices will be reverted.

From now on the game will scale to your progress providing a fitting challenge and giving you the opportunity to collect higher rank WEAPONS, GEAR, etc.

With that said, the message above states that the world will now scale to your progress for a new challenge. This primarily applies to regions earlier in the story where you’d run into enemies below your rank. Instead of taking them out in one hit, you’ll need to put a little more effort in now.

If you’re unsure of what level your rank is, you can check by entering almost any menu. It appears at the top right where you can see your progress in bar intervals. You’ll need to level up your Combat and Parkour skills to increase in rank. As explained in our guide on how to repair weapons, you’ll continue to find better weapons and armor at higher ranks. 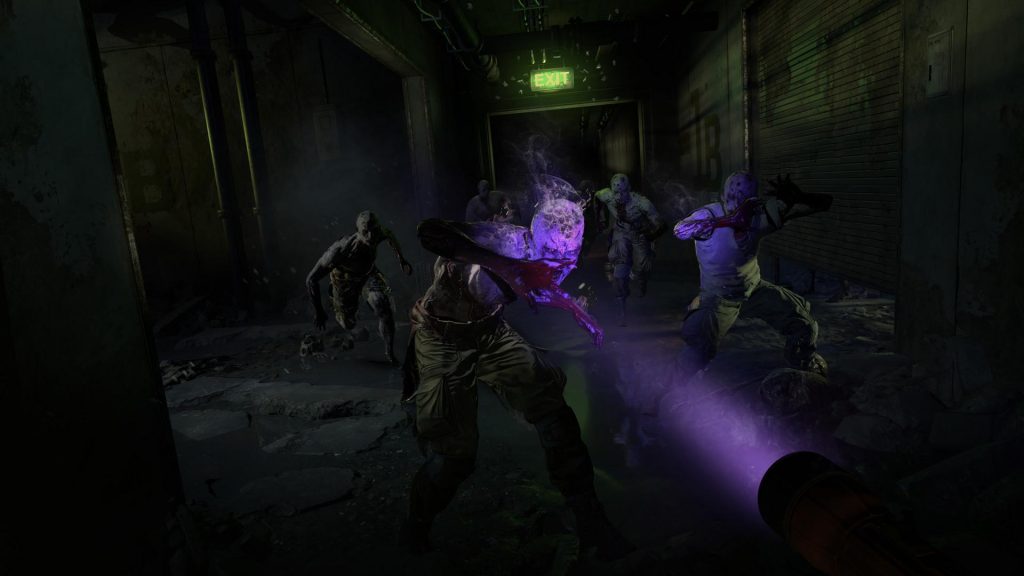 Make sure you take advantage of weapon mods and blueprint upgrades when you start fighting tougher enemies.

All that aside, you can continue playing Dying Light 2 and completing activities you may have passed on beforehand. I wouldn’t worry too much about side quests disappearing, since my case was probably unrelated or possibly from a bug pre-release. Exploring the rest of Villedor may reveal content you didn’t even know existed the first time around.

That’s all there is to this Dying Light 2 guide on what happens after the ending. This is where the 500 hours of gameplay the developer mentioned starts to make sense. Even though that may still be a little bit high. Be sure to visit more of our guides below for tips and tricks.