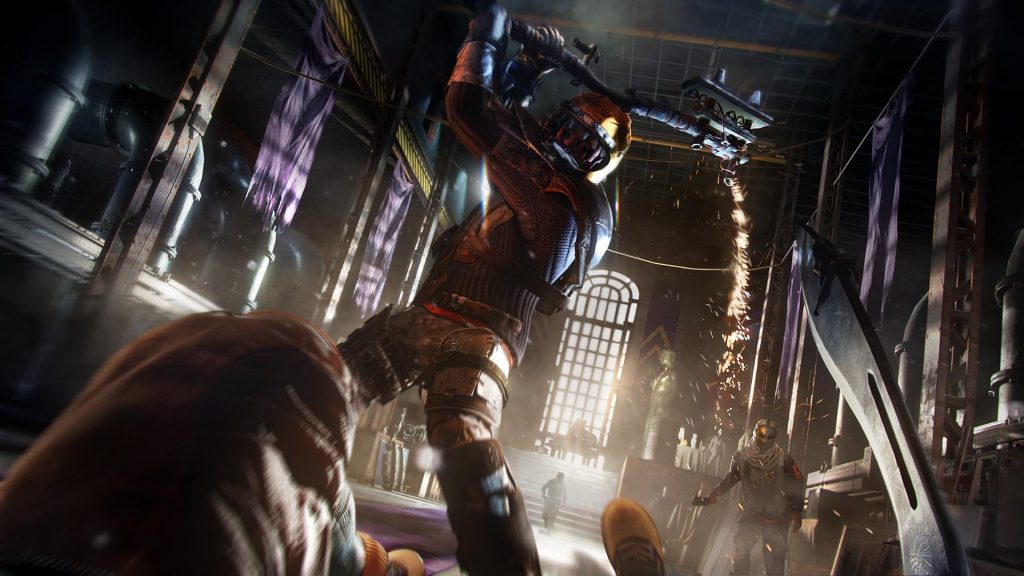 Dying Light 2 is filled with all sorts of extra gear that it can be difficult to keep your inventory from filling up. This is when you’ll start asking yourself what to do with extra gear like weapons, accessories, and even valuables. If you don’t stay on top of it, you’ll end up with a bunch of common items that aren’t worth keeping.

The major change from the first game to the sequel regarding repairing weapons has made it so the world is overflowing with them. This isn’t always a bad thing, but it can be a pain when you’re inventory is full. And suddenly, you can no longer loot that strong weapon or artifact pair of sneakers.

What to Do With Extra Gear in Dying Light 2 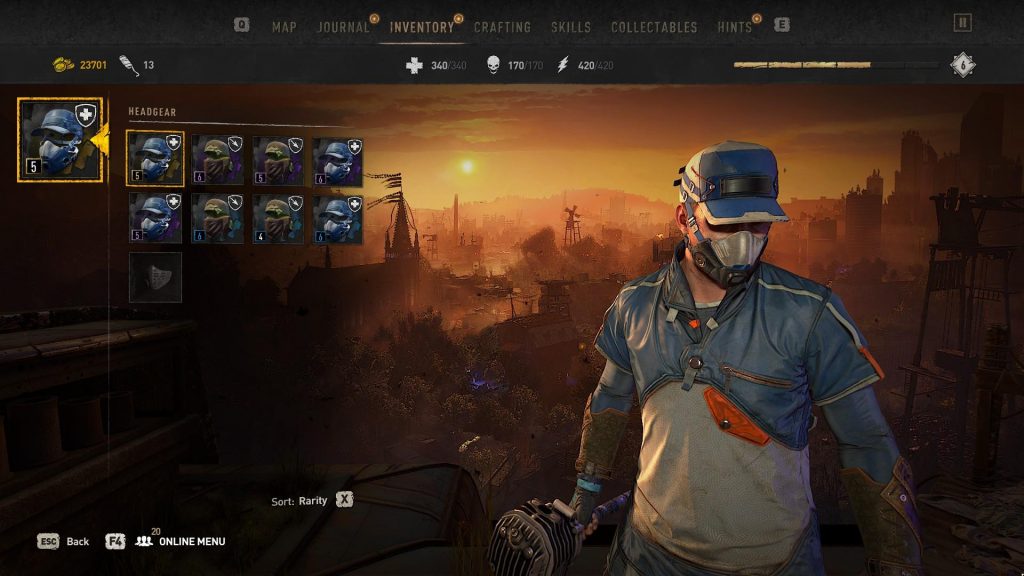 Nobody needs that many hats in their inventory unless you’re saving different types. Like one for combat and another for parkour.

The developer didn’t implement a way to dismantle items for crafting materials, somewhat surprisingly. Therefore, you can’t get rid of your low-rank items in exchange for helpful parts like Scrap. This would have been a useful feature because you’re stuck scavenging non-stop to keep up with your crafting demands.

Despite not being able to recycle extra gear in Dying Light 2, you can still get rid of it. The most common method is going to be selling whatever you don’t need to traders. You can always find a trader at a major settlement or at certain faction structures in a region. You’ll need to make progress activating windmills before those faction structures come to life, however. 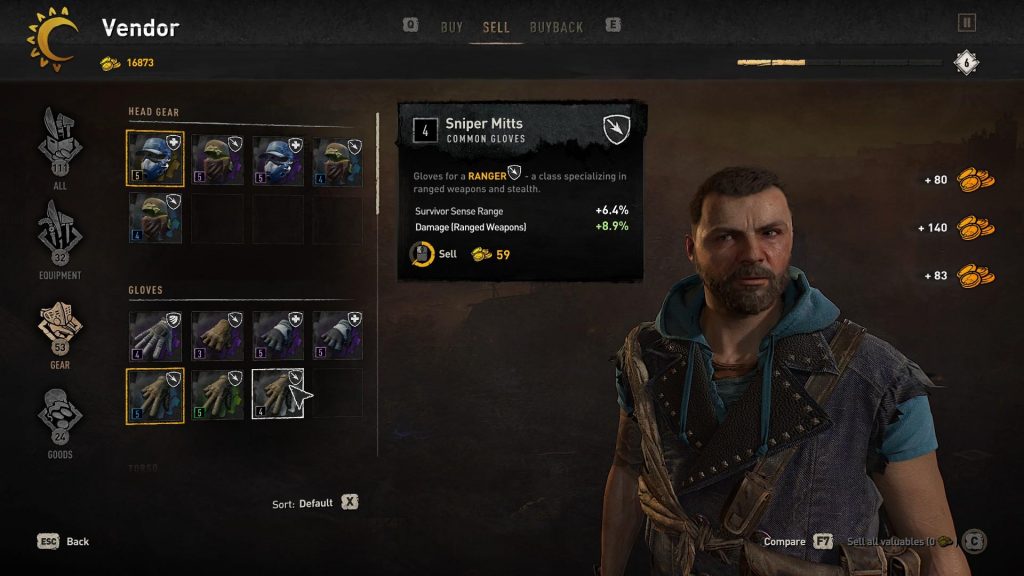 It may not seem like selling gear is a good way to make money, but it can add up.

While you can’t recycle gear for Scrap, there is at least one small workaround. You can still sell your extra items to traders and then buy useful crafting materials from them. Unfortunately, they do have a quite limited supply of items to buy. So this isn’t an overpowered trick by any means.

The other option for your extra gear is to store it at a Player Stash. Chances are you won’t have many reasons to store anything in a stash, but it’s nice to have the option. You may want to take advantage of it for unique items from completing certain quests. If you’re a collector, keep an eye out for uniquely named items that may have interesting descriptions. 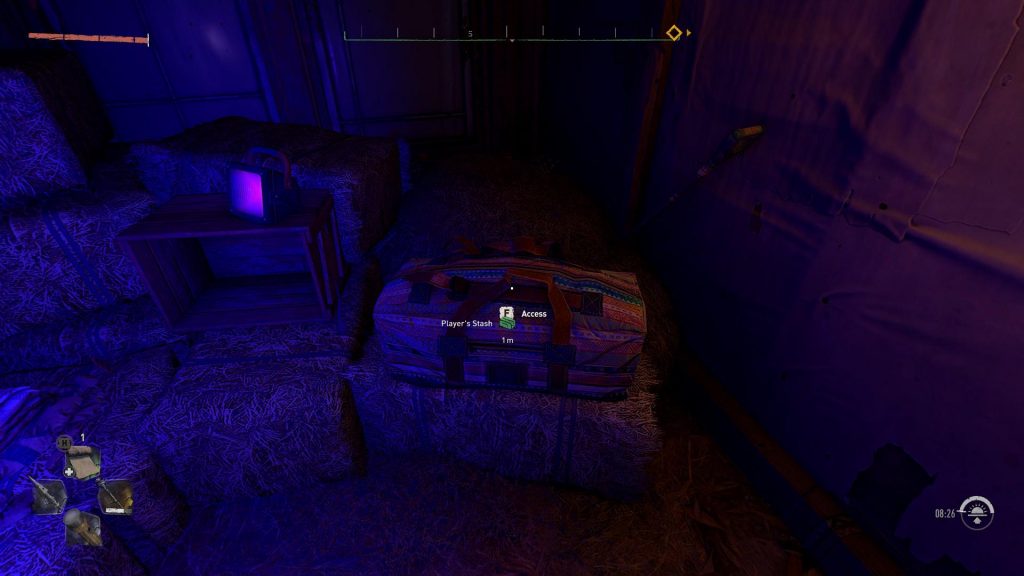 More often than not you’ll probably forget the Player Stash exists, but it can be good for a couple of reasons.

Similar to traders, you can find Player Stashes in every major settlement and many outposts as well. Not every safehouse you unlock will have one, but plenty of them do. This is a good way to clear out your inventory if you don’t plan on returning to a trader any time soon.

However, you find yourself deep in a building with a full inventory and good loot nearby. In this case, you can drop an item or two to make space. As long as you’re in single-player, your game will pause when entering a menu. This is a good opportunity to take a second if you’re not sure what to drop. But, one thing is clear, dropping a common rarity item for a better one is almost always worth it.

If you pre-order Dying Light 2 or get bonuses another way, you may be able to equip skins from Aiden’s Stash as well.

The only section of my inventory that I haven’t managed to fill or hit a limit on is Craft Parts. I wouldn’t be surprised if there is a limit based on the number of visible slots, but I still haven’t hit it. With that said, I quickly hit my limit on Valuables despite there still being plenty of empty slots. Here are the item limits for clearly labeled sections:

That’s all there is to this basic Dying Light 2 guide on what to do with extra gear. Be sure to take a look at other useful guides listed below.