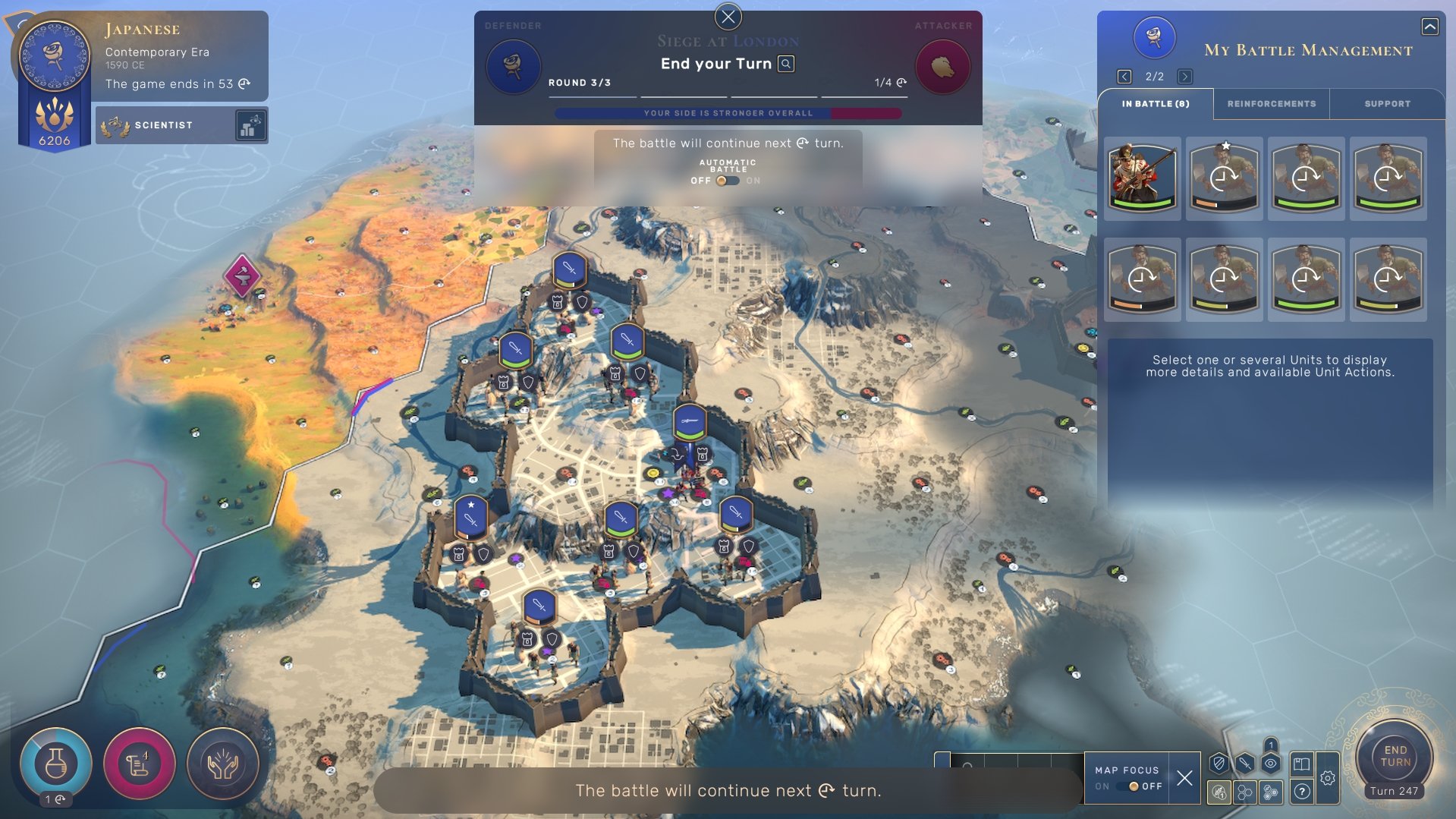 Keeping your armies at full health in Humankind is important if you want to stay alive during a war. Plus, you can take advantage of getting stronger units via Veterancy levels if they live longer. This is why you should learn all the different methods for how to heal units in our guide.

How to Heal Units in Humankind

Healing Within Your Territory

There’s also a Regroup button for regiments/groups that makes them stay in place until fully healed. While you don’t need to use this button to enable healing, you can use it to ignore them until they’re back at full health. This is because the Regroup mechanic triggers the Station button which prevents you from needing to give them orders again.

The one time you can heal outside your territory without any special buffs is if you have an alliance with another empire. The default level treaty Tactical Cooperation upon starting an alliance lets you regenerate in their territory. This also works vice versa for their units in your territory.

Spending Money to Heal a Unit

The next most common method for healing units in Humankind is by spending money. Until you get to the more advanced unit types further down the tech tree, this can often be a cheap option. It also depends on how damaged they are. I like to take advantage of healing units with money when I know an enemy group is incoming.

Keep in mind, this method still requires having the group inside your territory. All you need to do is click the regiment and then click the specific unit you want to heal. After clicking that unit, four buttons will appear below them. The first button will show the cost to heal the selected unit immediately. Similar to the previous section, you can heal with money if you’re in an alliance’s territory.

You can also select multiple units at once by holding CTRL and clicking more than one. This works as well for spending money to heal several units at once. But, if you’d prefer to go one by one, you still can.

Healing Outside Your Territory With a Unique Buff

The Redcoats are available starting with the Line Formation technology in the Industrial era. This tech also provides an extra unit slot for each army and the “Dug-In” buff as well. Which provides extra combat strength for Gunners and Heavy Weapons if they don’t move. This especially comes in handy when defending cities in Humankind.

Upgrading a Unit to Heal it in Humankind

While you’re unlikely to use this method for healing, it can be useful at times. As the headline says, you can upgrade a unit to get it back to full health. The main time it’s great to know this tip is when you’re debating spending money to heal a unit that you’re planning on upgrading anyway. For those of you that don’t know how upgrading units works, visit our How to Upgrade Units guide.

Don’t forget that you can still transfer damaged units out of a group to another. This is a good way to keep one group going strong while the damaged units can heal up to return later.

If you have any other Humankind questions for me, feel free to ask in the comments below. That’s all there is to know regarding how to heal units. Also, I’m currently working on more guides to help out the community with common questions. Here are some worth checking out right now.