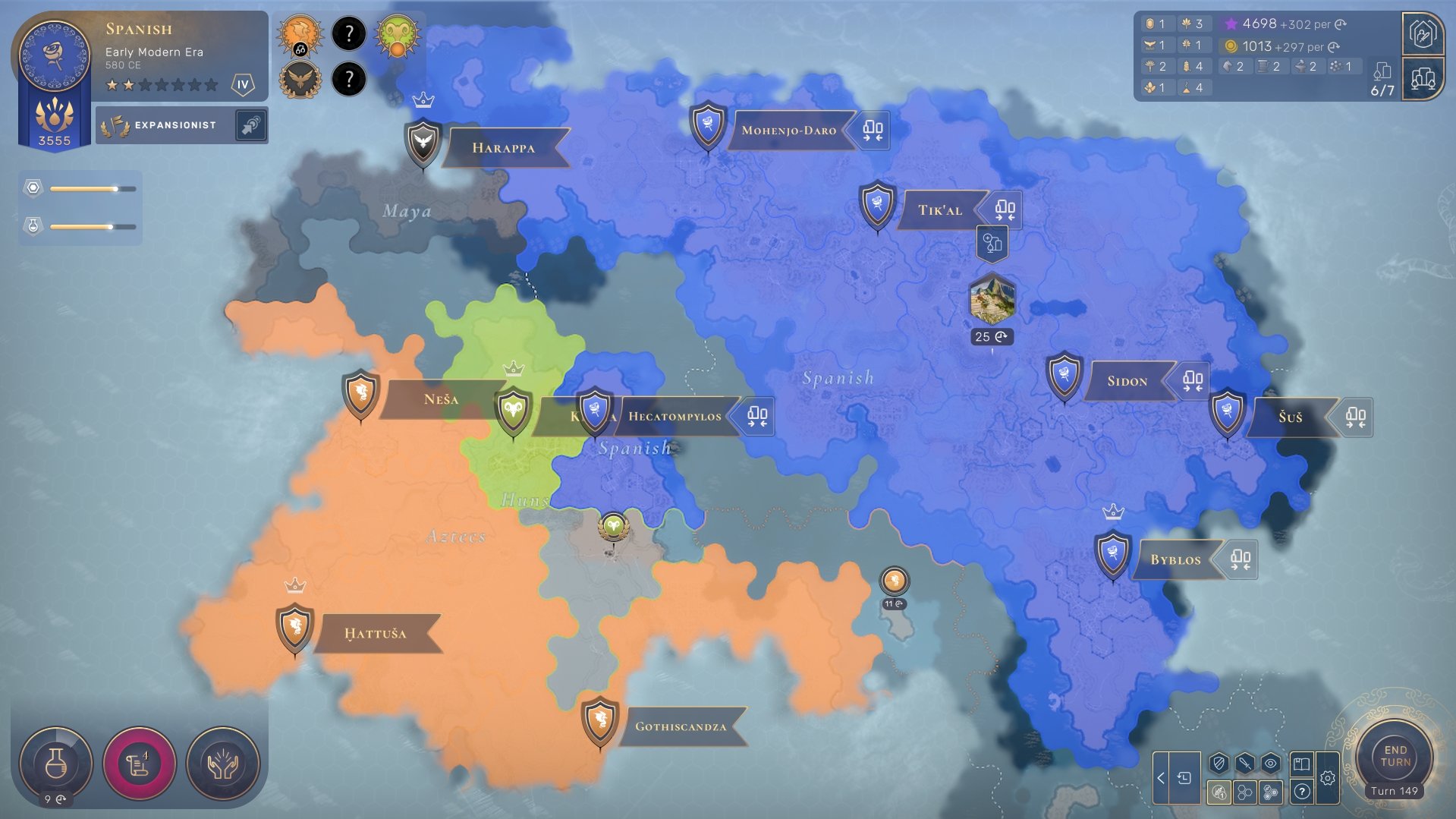 Expanding your empire in Humankind can be difficult if you don’t know how to increase your city cap. This is important so you don’t surpass that limit and get negative Influence modifiers. The last thing you want is to have a neighbor pumping out more Influence and then take over your territory.

Fortunately, it isn’t too difficult to increase your city cap if you know what to look for. Continue reading our guide below to learn the many different ways.

How to Increase City Cap in Humankind

I’ve come across 10 different opportunities to increase your city cap thus far. Each one will let you have another city without any negative modifiers. With that said, don’t forget to check the section farther down on how to merge cities as well. This is another great way to expand your empire without worrying about the cap.

Philosophy is one of many different technologies that you can get in Humankind to continue expanding your empire.

As you make your way through the Humankind eras, you’ll want to prioritize science to continue growing. This is where the seven different technologies come into play for increasing your city cap. Unfortunately, if you don’t prioritize science, you’re going to fall behind significantly in expanding. The list below shows each tech that gives +1 city cap except for Space Orbital which gives +3.

Keep in mind, every technology below also has other benefits from researching them. So you may still want to plan out your path instead of solely targeting them for city cap. For example, Philosophy is great for growing your science per turn due to Schools and Research Quarters.

One Civic to Increase City Cap 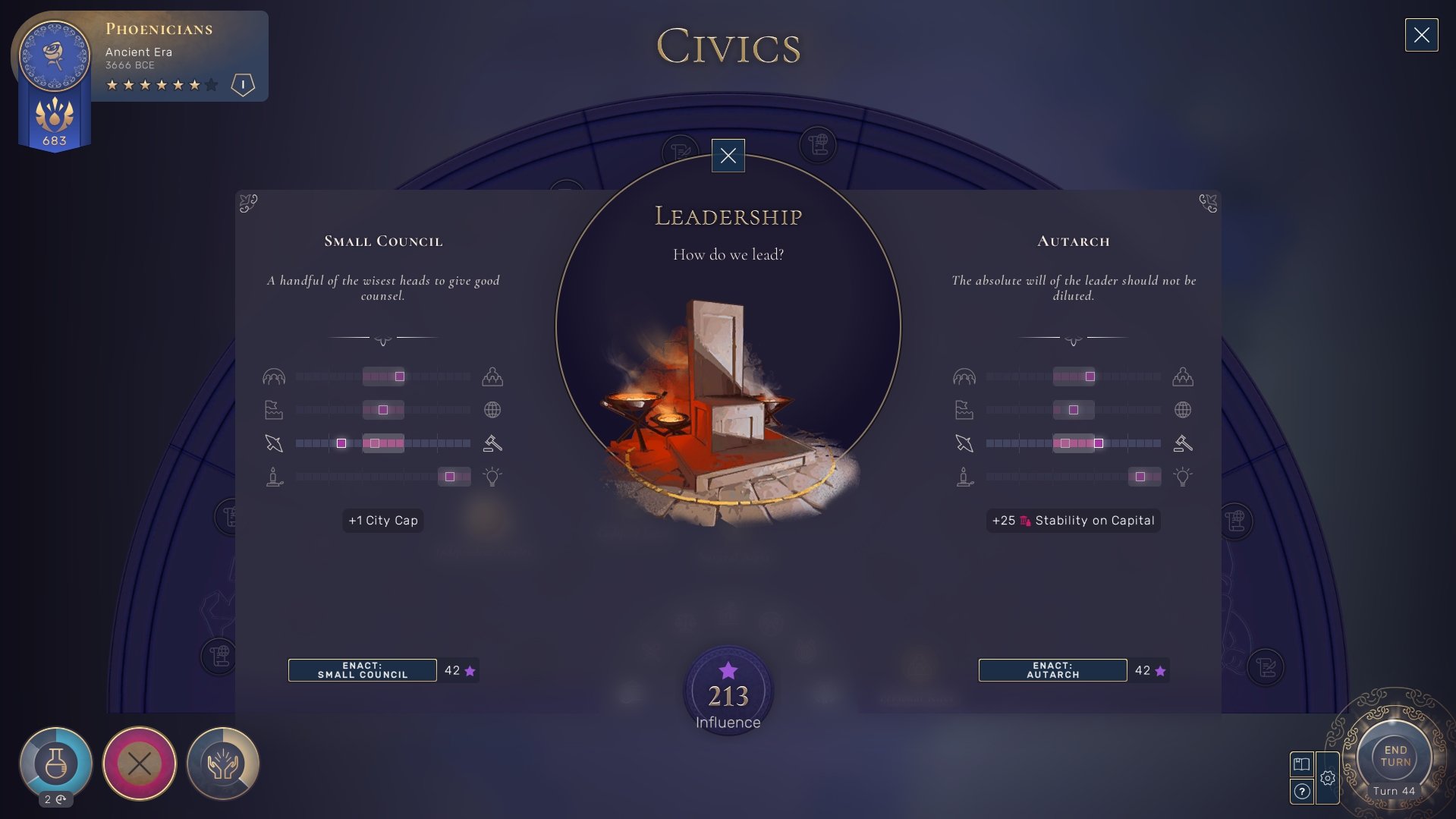 Leadership is a great Civic to take advantage of to get an extra city in your territory.

Unlike the science route, there’s only one opportunity under Civics to increase your city cap. Make sure you pick the right choice when you get the Leadership Civic or else you won’t increase it. This is the Small Council choice that brings you closer to Liberty by four. Otherwise, you can pick the Autarch which brings your empire closer to Authority and provides +25 Stability.

While it’s not a Civic, there is an event called The Combine that also has a choice for +1 City Cap. This late-game event revolves around picking a city administrator for either +1 City Cap or +15 Fame.

How to Merge Cities in Humankind

The next best way to continue growing your empire is to merge cities using the Absorb City mechanic. This is similar to the early game mechanic of attaching outposts to cities. However, you’ll be completely merging one city with another absorbing its’ territory and people. This will immediately reduce your city cap by one because you no longer have two cities.

Before you can combine any cities together, you’ll need to reach Medieval Era technology. Military Architecture unlocks the Fort and Trebuchet as well as the Absorb City mechanic. Similar to attaching outposts, this comes with a negative stability modifier too. Also, you’ll need a large amount of Influence to combine two cities. 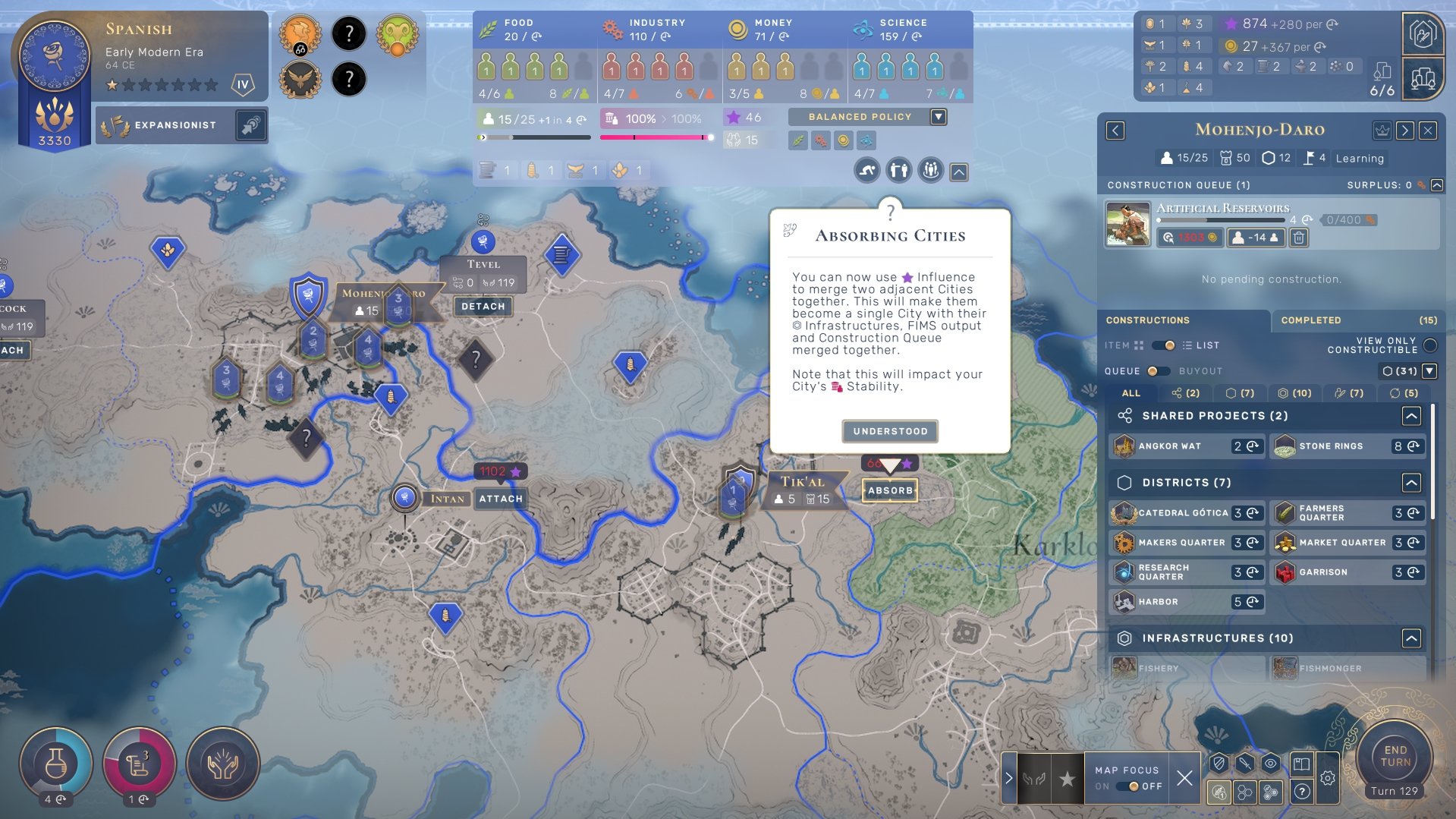 Absorbing Cities is a neat mechanic if you have the Influence to spend. You’ll need this if you want to expand into the late game.

The Influence cost is likely in the thousands depending on how far into your Humankind run you are. However, it really revolves around how much you’ve built in a city that you’re trying to merge. Such as the infrastructure and how many districts are there.

If you have any other Humankind questions for me, feel free to ask in the comments below. Otherwise, that’s all there is regarding how to increase city cap. I’m currently working on more guides to help out the community with common questions.