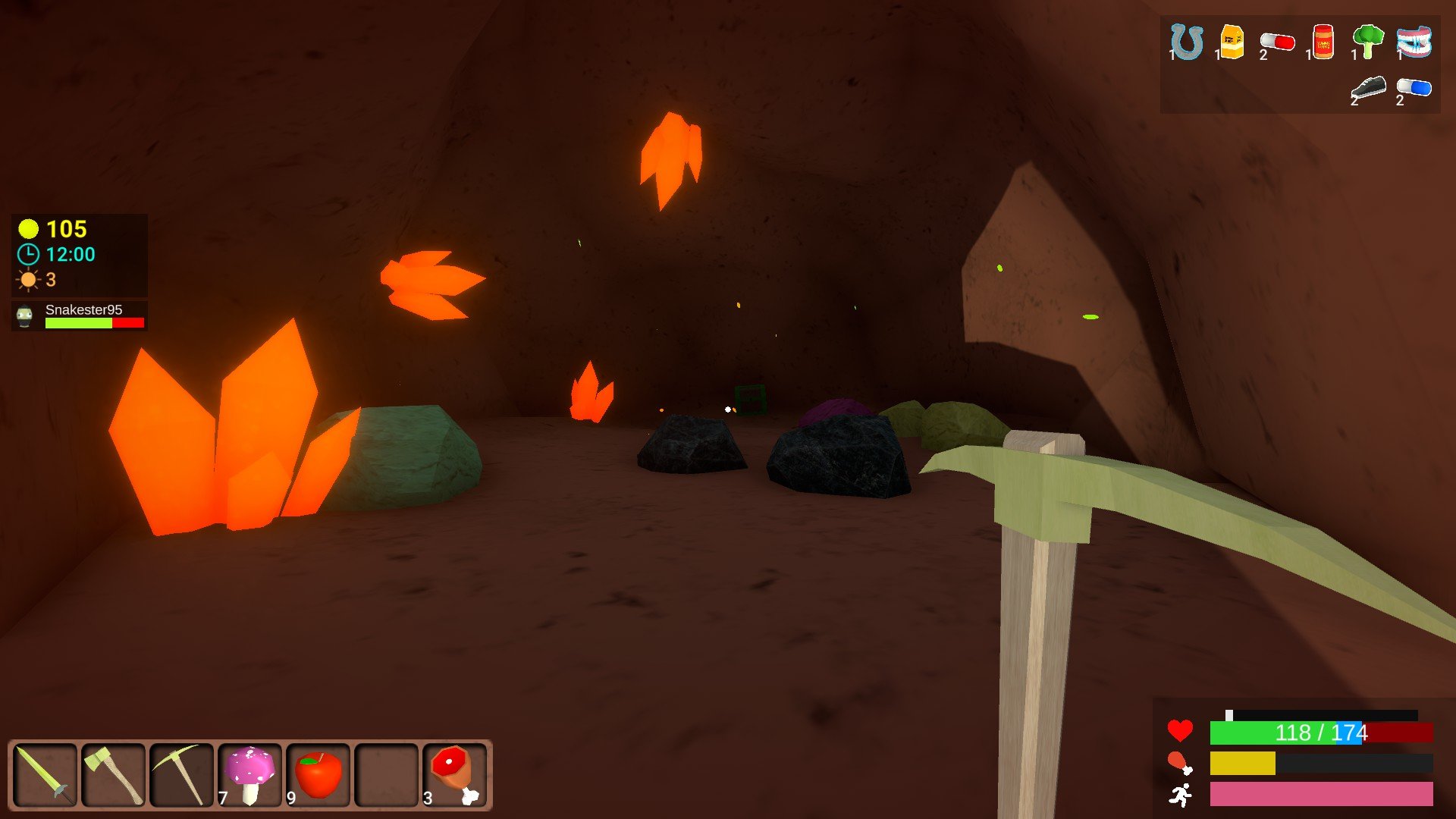 Players returning to Muck after Update 3 may not recognize some of the new content in this free survival game. One example includes Ruby crystals which can be found in caves. Before you can start mining them, you’ll need to get an Adamantite Pickaxe. This requires some legwork on your part before you can use them. Continue reading our guide below to learn what Rubies do in Muck.

What is Ruby For in Muck

Part of the new content added in Update 3 is a way to beat the game and this is where Ruby comes in. You’ll need to search your island for a shipwrecked boat that you can repair. This leads to the eventual final boss and ending. But, you’ll want to gather all sorts of resources ranging from Wood to unique gems too.

While you can wander the coast of your world looking for a boat, you can also find a Boat Map in green chests. They aren’t guaranteed to be in one, but they seem to frequently spawn in cave chests. So this is a good idea if you’re already looking for Ruby, to begin with. Since this is the only place that this crystal will spawn. 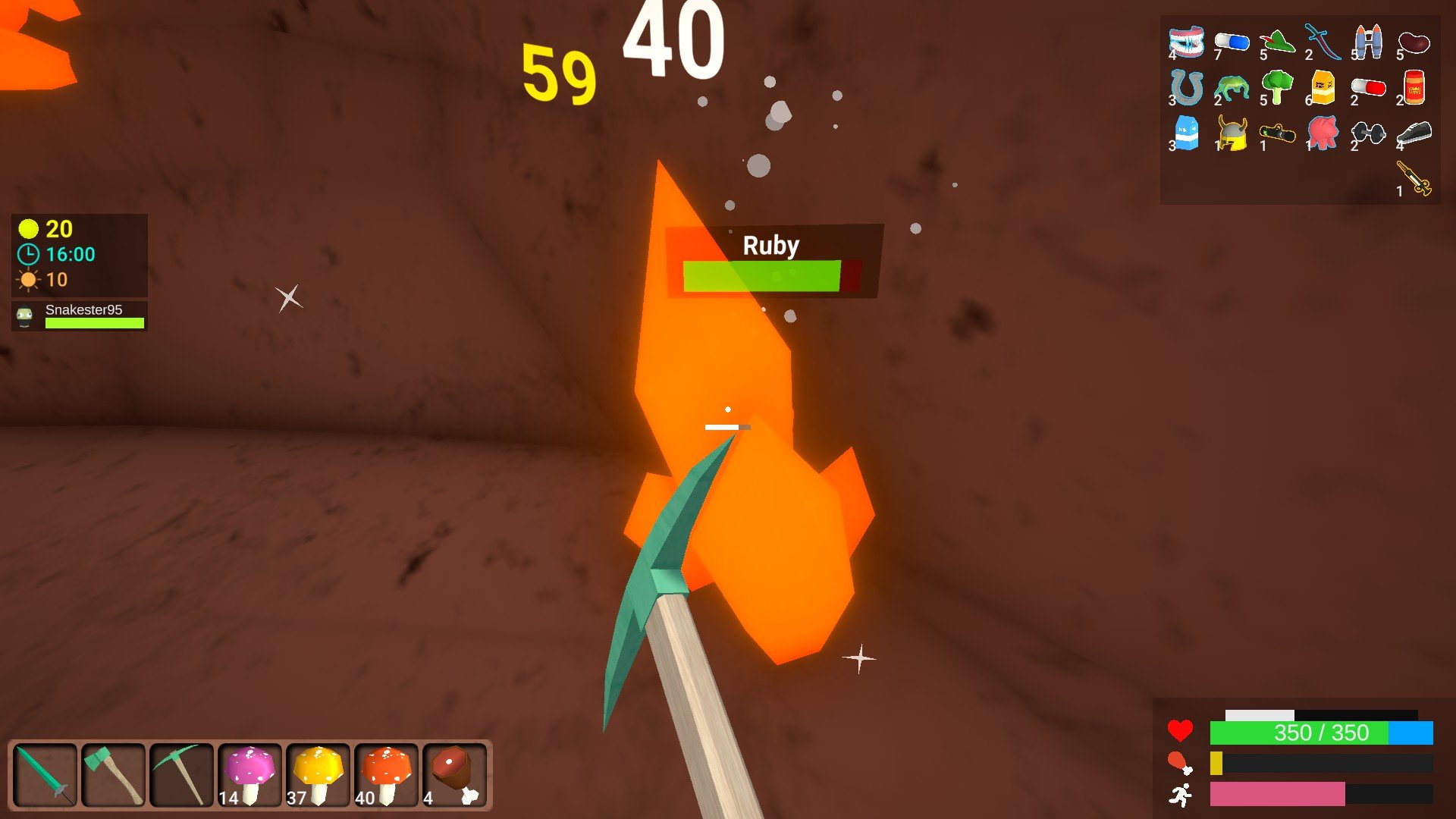 You’ll need to make an Adamantite Pickaxe before you can starting mining Ruby crystals.

I’d recommend visiting our Best Muck Game Seeds guide to find one where you spawn near the ship. This helps with building a base early on next to it so you have everything in one spot. Plus, there are seeds that start with the strongest weapon, the Night Blade. And even one for the Chief’s Spear that was added in Update 4.

Once you’ve found the shipwreck, you’ll want to prioritize building the ship’s engine on deck. This requires 12 Iron Bars to get the first part built. After doing so, several new parts of the ship’s engine will appear that need to be built as well. This includes a small part that requires 11 Ruby. So you don’t need to smelt it or anything as the other ores require. 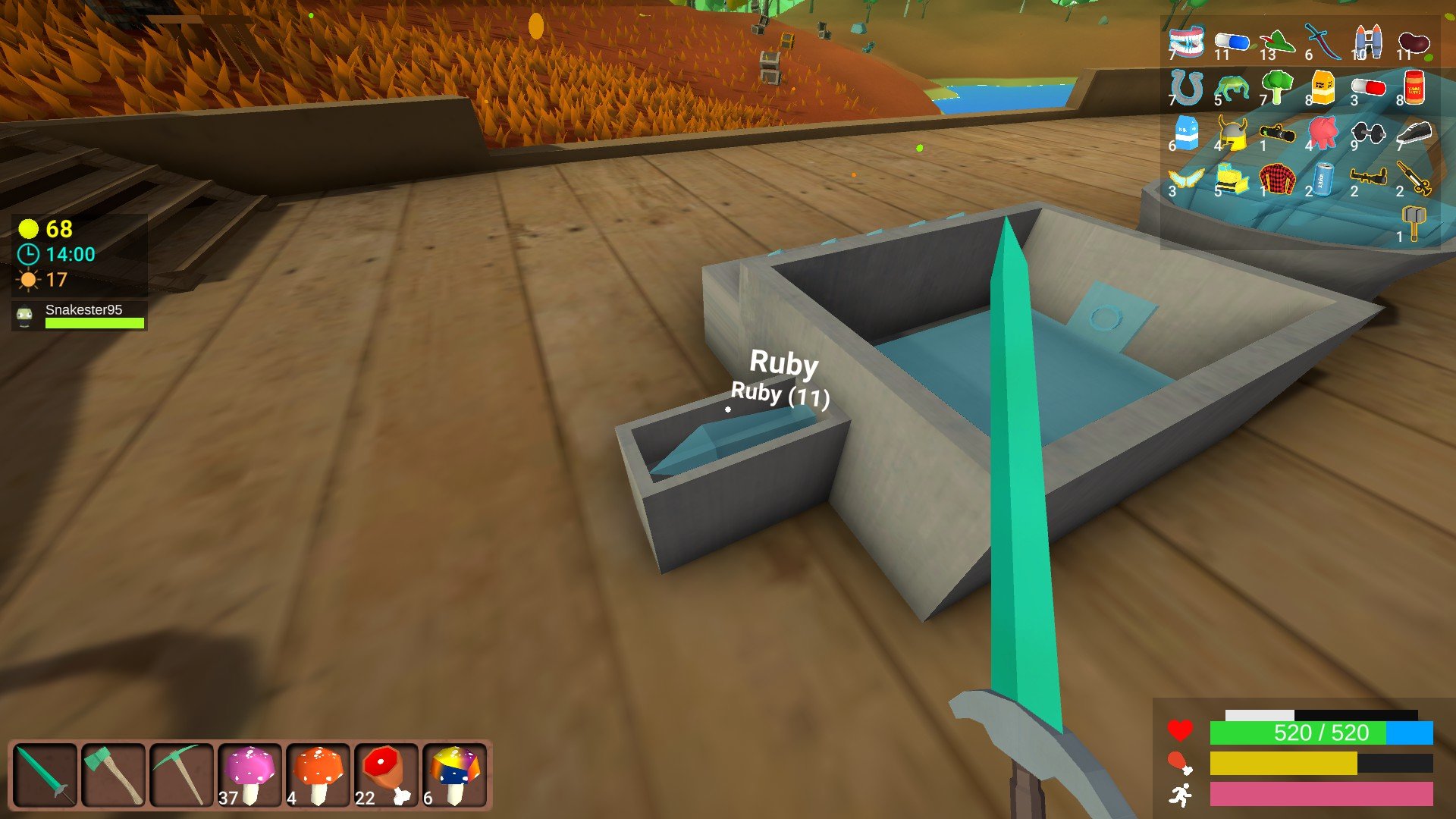 The ship’s engine tends to have the tougher items to get such as the five Guardian gems.

This is where other new items like the Ancient Core and Obamium come into play. Obamium Ore has more than one use, however. You can visit our guide on What Does Obamium Do for more info. While the Ancient Core was added with the second Muck boss, Gronk, it didn’t have a purpose until Update 3.

The same way we’ve seen updates add new content to current items, it’s possible this may happen with Ruby too. For example, Obamium originally only had about two uses, with one of them being crafting the Night Blade. However, Update 4 changed that by adding a whole set of armor that you can craft.

What do you think would be a neat idea for new recipes using Ruby? I doubt the developer would add accessories like jewelry, but an amulet would certainly be a cool idea. Otherwise, I could see it implemented in a special chest plate or weapon. Perhaps providing a fire elemental buff or extra health on armor.

If you have any other Muck questions for me, feel free to ask in the comments below. Be sure to visit the guide hub for more useful guides filled with tips and tricks. Or you can visit one of the many useful guides below.