Outriders is a looter shooter where the end goal is always getting more legendary gear. If you got any legendary items for your character so far, they’re likely only weapons. Many people have learned that there seems to be a higher chance for legendary weapons to drop instead of armor. However, there are still a few tricks for farming legendary armor specifically in Outriders. Continue reading below for our complete guide.

How to Get Legendary Armor in Outriders

Farming legendary items gets easier once you’ve completed the entire campaign. A whole new endgame opens up where you can complete essentially dungeons for gear, which are called Expeditions. While this can be a great method for farming legendaries, it requires playing an extremely high difficulty that you may not be prepared for yet. This is why we’re going to focus on guaranteed ways to get legendary armor instead. 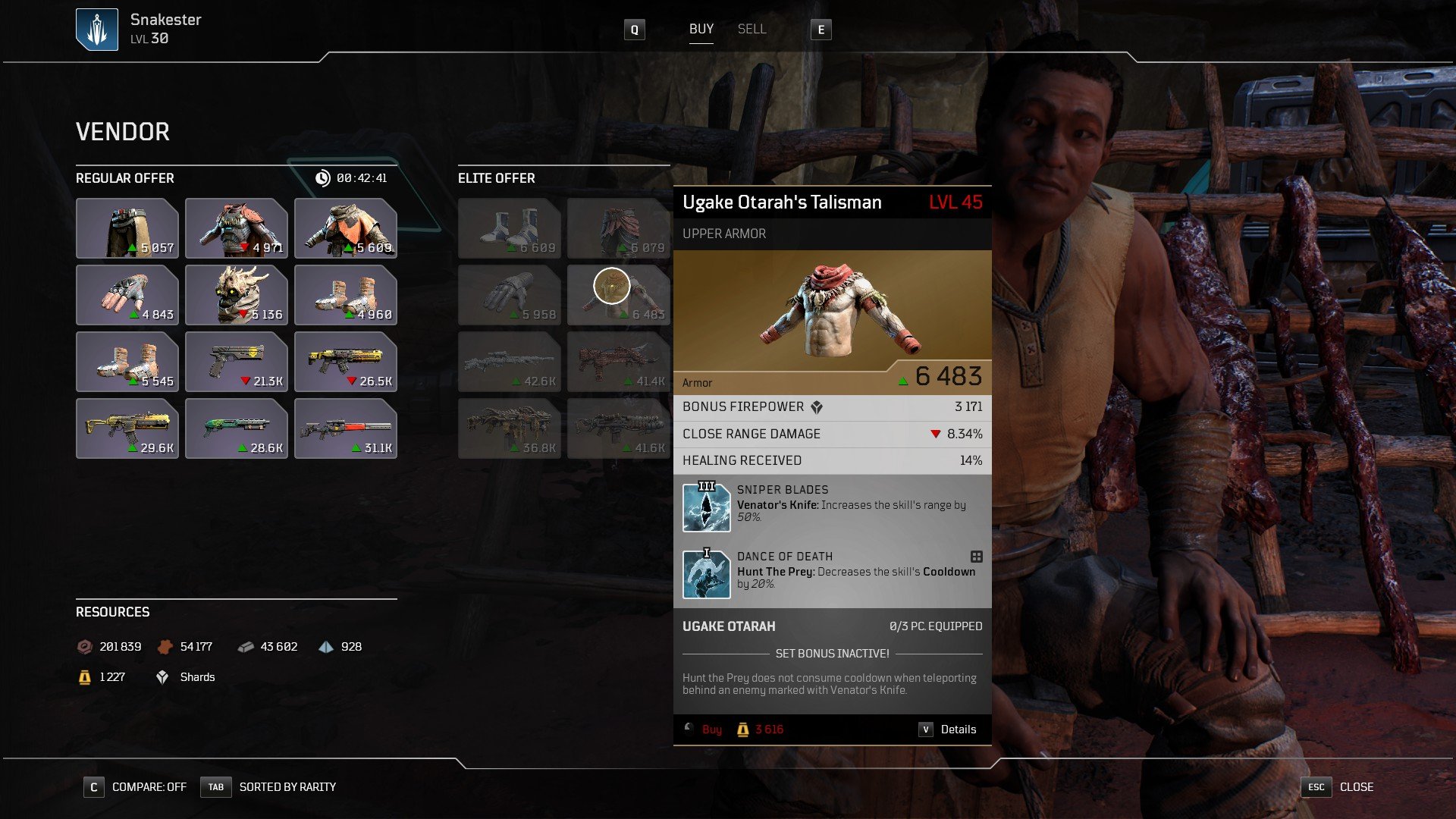 Once you’ve completed the Outriders campaign, you can purchase legendary armor from Tiago. However, you can’t purchase items from him with the usual Scrap currency. Instead, you’ll need to grind Expeditions to get Drop Pod Resources. One disadvantage of reaching more difficult Challenge Tiers while doing Expeditions is that his prices go up. In spite of this, Tiago’s legendary items don’t appear to ever change. It’s possible and likely that new items fill in the place of purchased ones, but we can’t confirm it.

It’s worth mentioning that, unlike weapons, there are armor set buffs if you get the complete set. However, the reality is you’re lucky to get any legendary armor, to begin with. The second method mentioned below is a decent grinding method for getting it though. We’ve included a few Trickster armor set bonuses below: 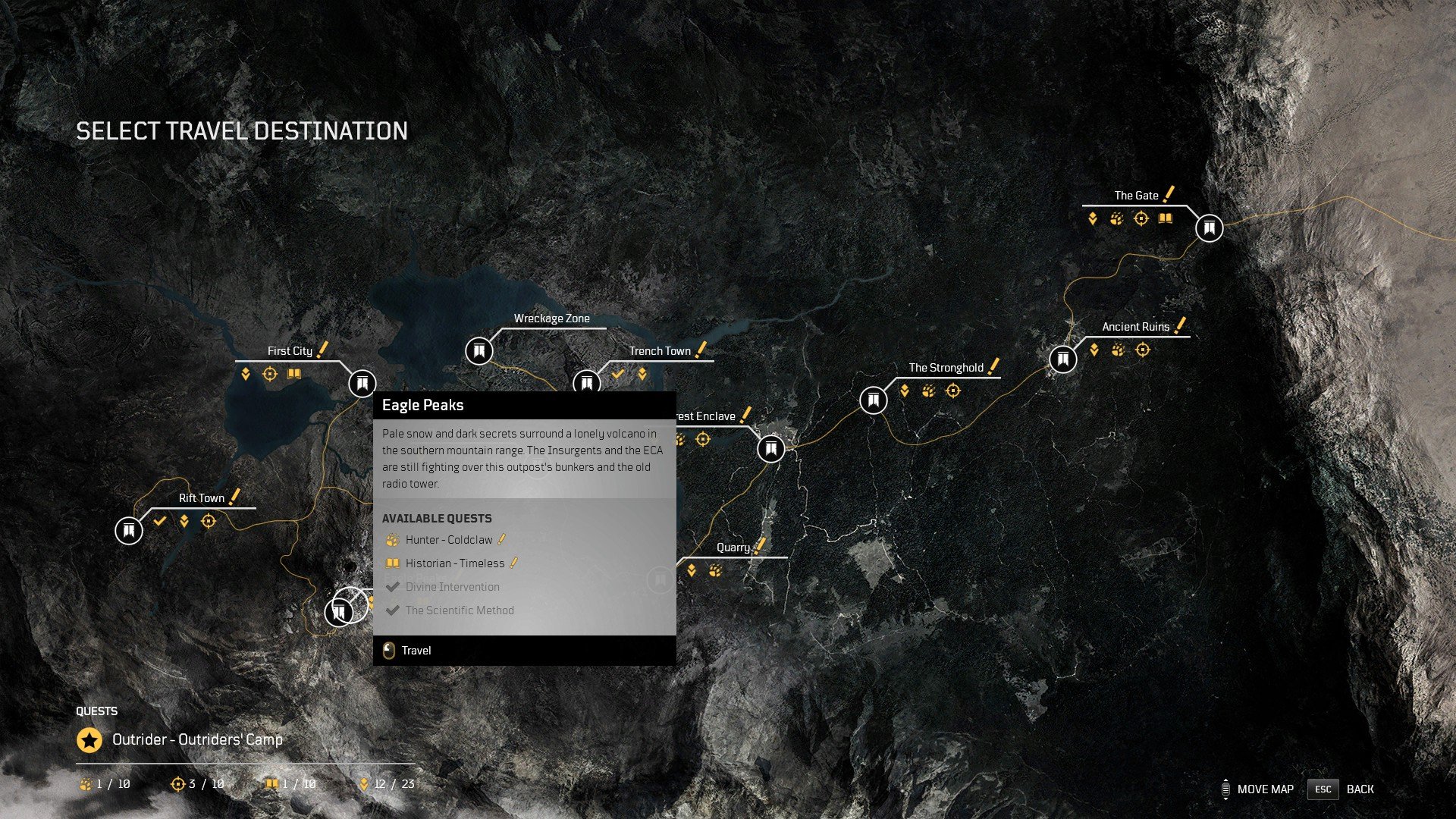 You can track Hunt/Hunter quests by looking at the map screen for paw prints below each area.

While exploring the Outriders world of Enoch, you may come across animal carcasses with quests. These represent unique side quests known as Hunts where you track down difficult creatures. The barkeep in Trench Town, Noah, tells you that he’ll collect their heads and reward you in exchange. If you complete all 10 Hunt side quests, you’ll get a piece of legendary armor. And on the contrary, if you complete every Wanted side quest, you’ll get a legendary weapon. However, instead of getting Wanted quests from carcasses, they’re mostly from Wanted posters. You can repeat these quests for guaranteed legendaries.

Quick Notes to Know About Getting Legendary Armor 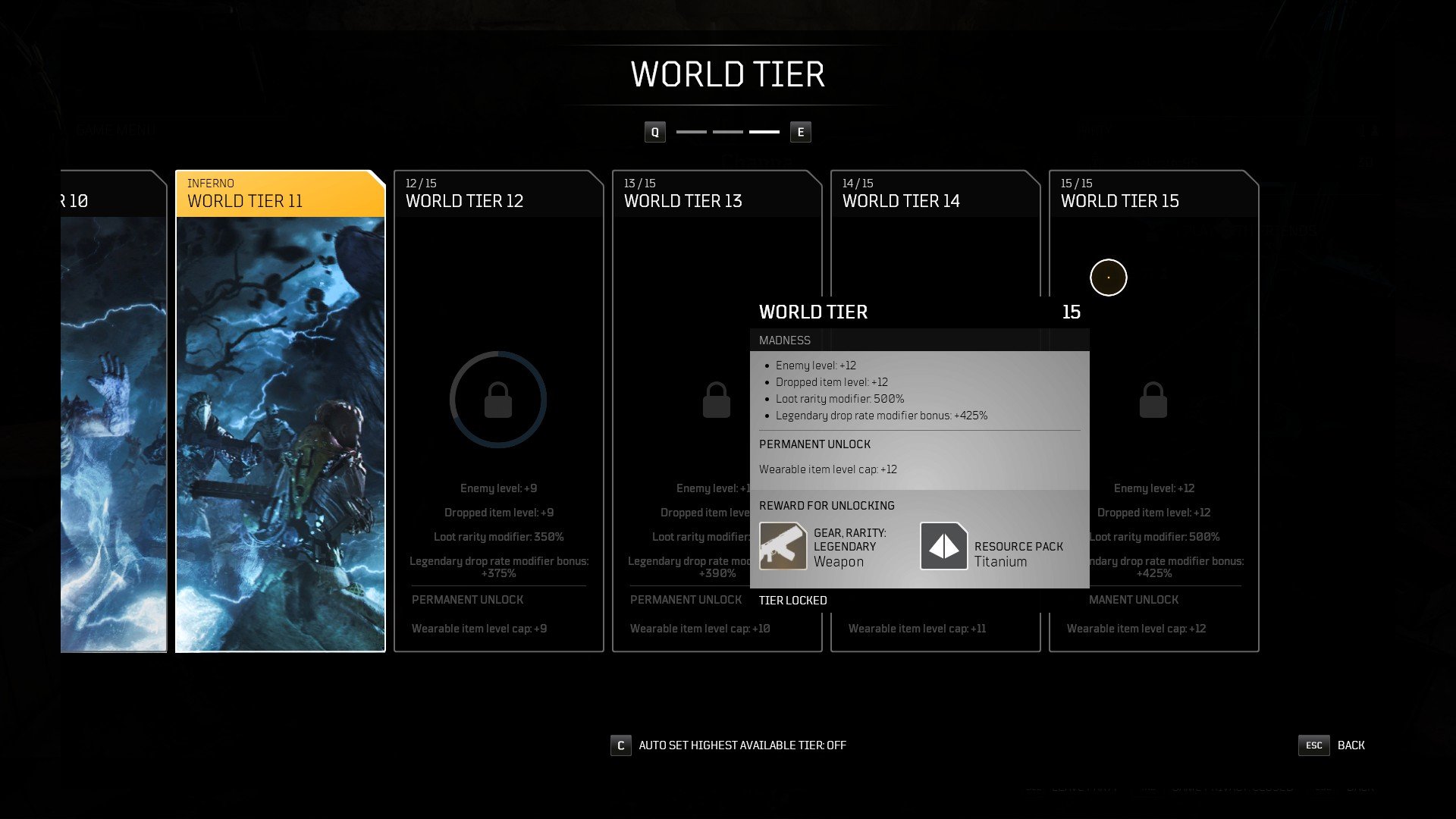 We mentioned briefly that you can still get legendary armor from Expeditions. It’s important to note that you have a better chance to get legendary items on higher Expedition difficulties known as Challenge Tiers. However, you still have a chance of getting a weapon instead so it’s not as reliable and may take longer. If you’d prefer to play through the campaign again or just previous areas, higher World Tiers also have higher legendary drop rates. But you’re still playing the RNG game of whether you’ll get a weapon or armor piece.

That’s all there is to know on how to get legendary armor in Outriders. If you have any other questions for us regarding the game or if you learn a neat trick, let us know in the comments below. And if you’d like to see more useful Outriders guides, visit our guide hub here. We’ve also listed a few guides below that have some neat tips and tricks too.