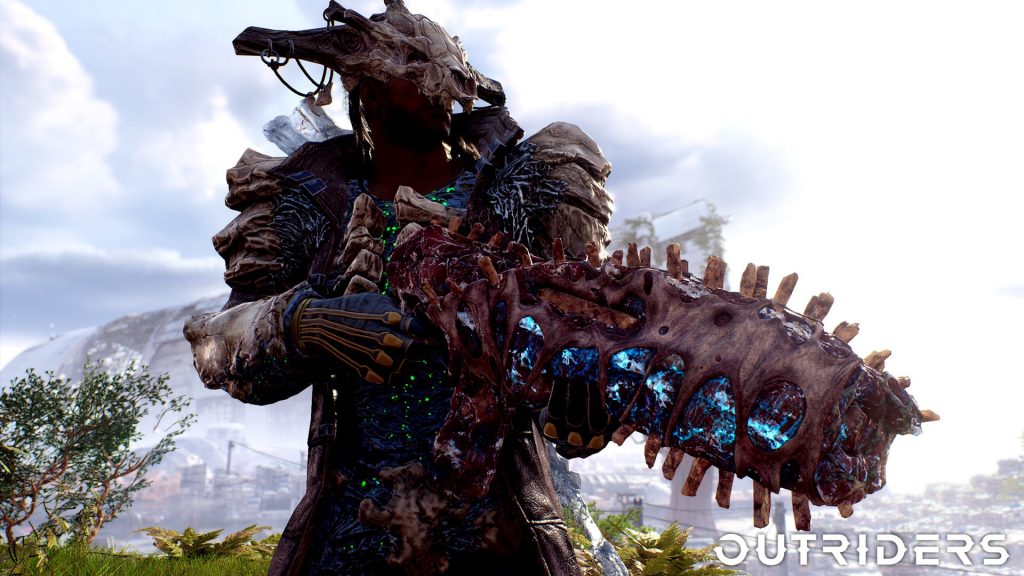 Outriders is a looter shooter and you know that means there are some fun items to hunt down. If you plan on getting legendary items, it helps to know the best methods for getting them. Before Outriders released, the two best ways during the demo were looting crates and farming elites. But this changed when they patched out legendaries dropping from crates.

Despite this update, you can still farm elites during the campaign for legendary items. But, now that players aren’t limited to the demo content, there are plenty of better ways. And if you want to start getting tier 3 mods for crafting, you’re going to want legendary items.

How to Farm Legendaries

Previous methods that were originally used and written for the demo are still included below. However, to give people a more up-to-date idea of how to farm legendary items, these bulleted tips are for you.

You’ll need to progress far enough into the Reunion main questline before the Terra Infirma side quest becomes available. You can get this from Shira at the Rift Town camp, after defeating the boss, Gauss. This is the quickest way to farm legendaries in the Outriders demo. The video above shows how this legendary farming method works. Otherwise, continue following these text instructions. Start the Terra Infirma side quest and continue until you reach some bramble to “clear the way”. This activates an important checkpoint.

Now continue forward and cross a bridge where an elite Captain will spawn off to the right. They’ll come out of a doorway once you get close enough. All you need to do now is kill this Captain and then die, resetting yourself back to the checkpoint. You can either loot items dropped by the Captain or set your Auto Loot Minimum Rarity setting in the options to Common. This makes it so every item in the area is picked up when you die or leave the area. 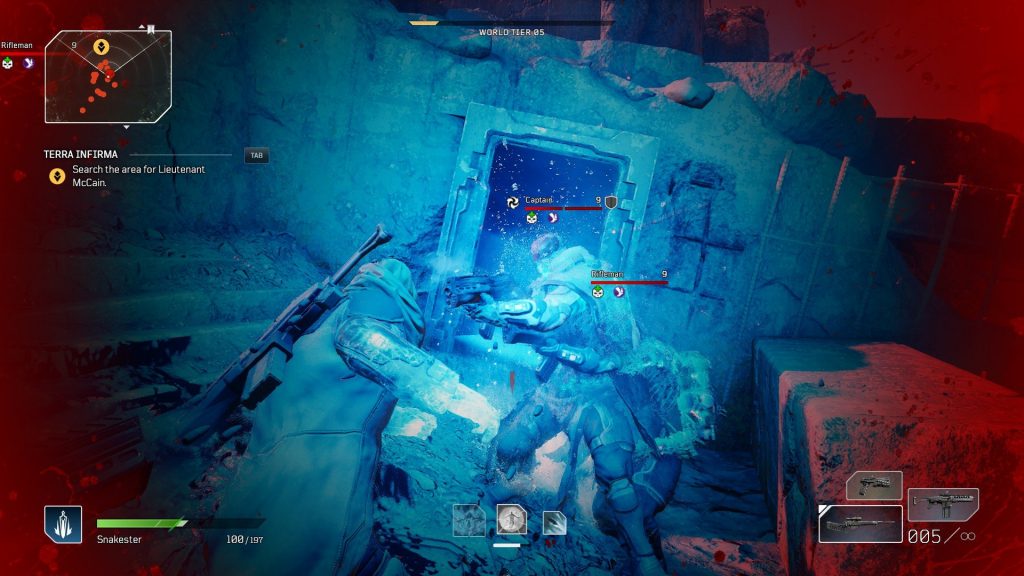 Continue repeating this method until the Captain drops a legendary. In the process, you’ll get unusual (green) and rare (blue) items that make you stronger as well. This is a decent way to raise your firepower and armor, even if it’s a little boring and repetitive.

This method no longer works due to legendary items being removed from loot crates.

This is a longer legendary farming method that takes advantage of four chests near each other. You’ll need to have made enough progress in the Reunion main questline for this route. Follow the video above to see how this route works or continue reading for text instructions. When you’re at the main lobby, use the “Select Story Point” button to select, “Confront the Altered at the Tower.” Then, enter the game and you’ll be right outside the tower. Turn around, leave the tower, and loot a chest on a hill to the right. 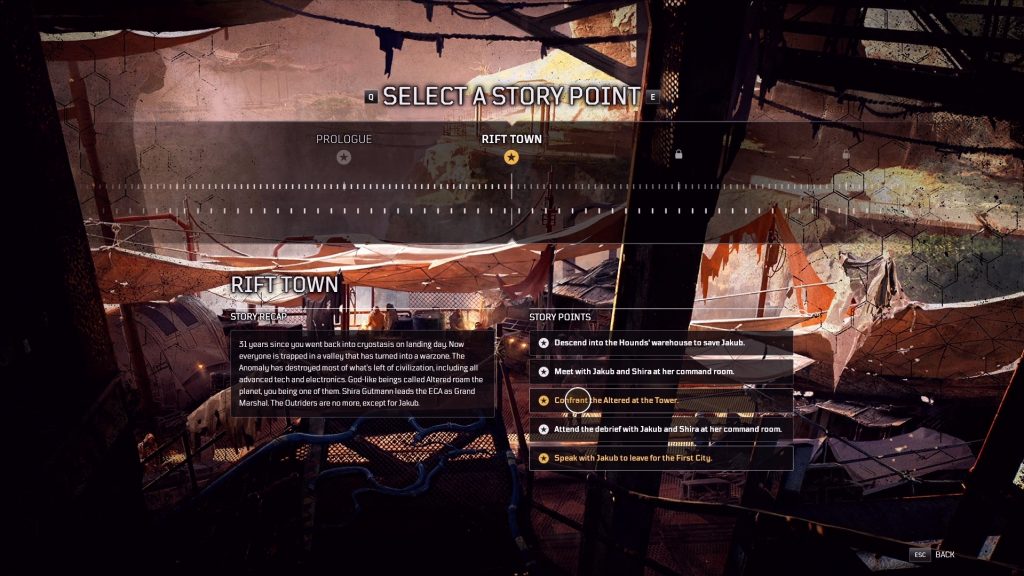 After looting this chest, continue backtracking further down the hill until you reach water. Then, turn to the left where a second lootable chest is. Return to the tower where you spawned in from the lobby. Continue moving forward until you head up a set of stairs, then turn right where a third chest is. Now you need to continue the Reunion quest and take out the altered boss, Gauss. Depending on how strong you are, this fight may be difficult or take longer. Once Gauss is dead, move straight ahead to a fourth chest. 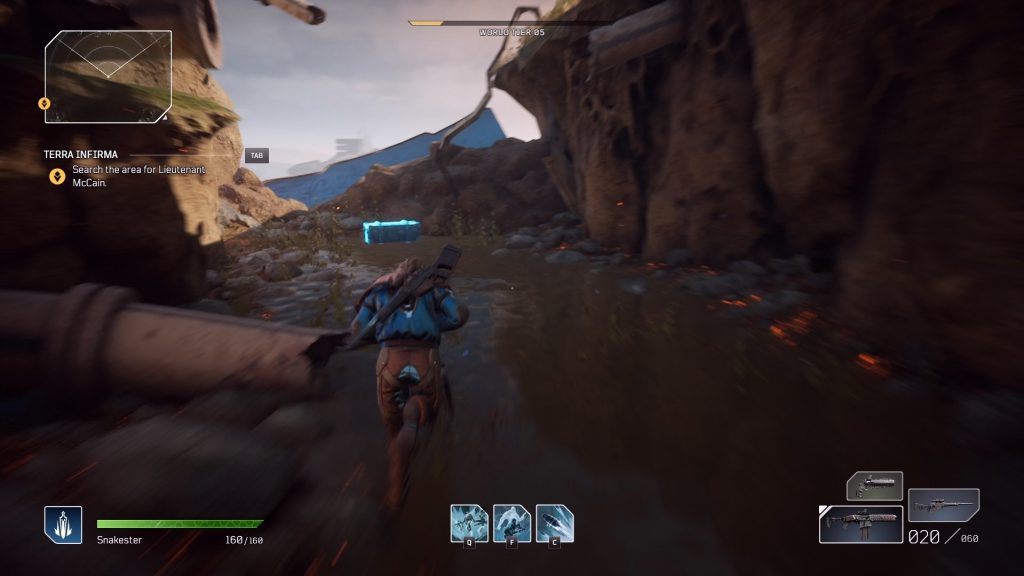 This is the second chest near the water.

After looting all four chests, repeat the method by returning to the lobby. This legendary farming route can take anywhere from 2-5 minutes depending on how quick you are. Some people prefer to skip fighting Gauss, and instead loot only the first three chests. You can then reset the route from the lobby, making the chests lootable again.

All Legendaries in the Outriders Demo

The image below contains 10 of at least 13 legendaries in the Outriders demo that have been found so far. This image is courtesy of a Reddit thread by u/Prelude2hate. Those not included in the image below are bulleted. 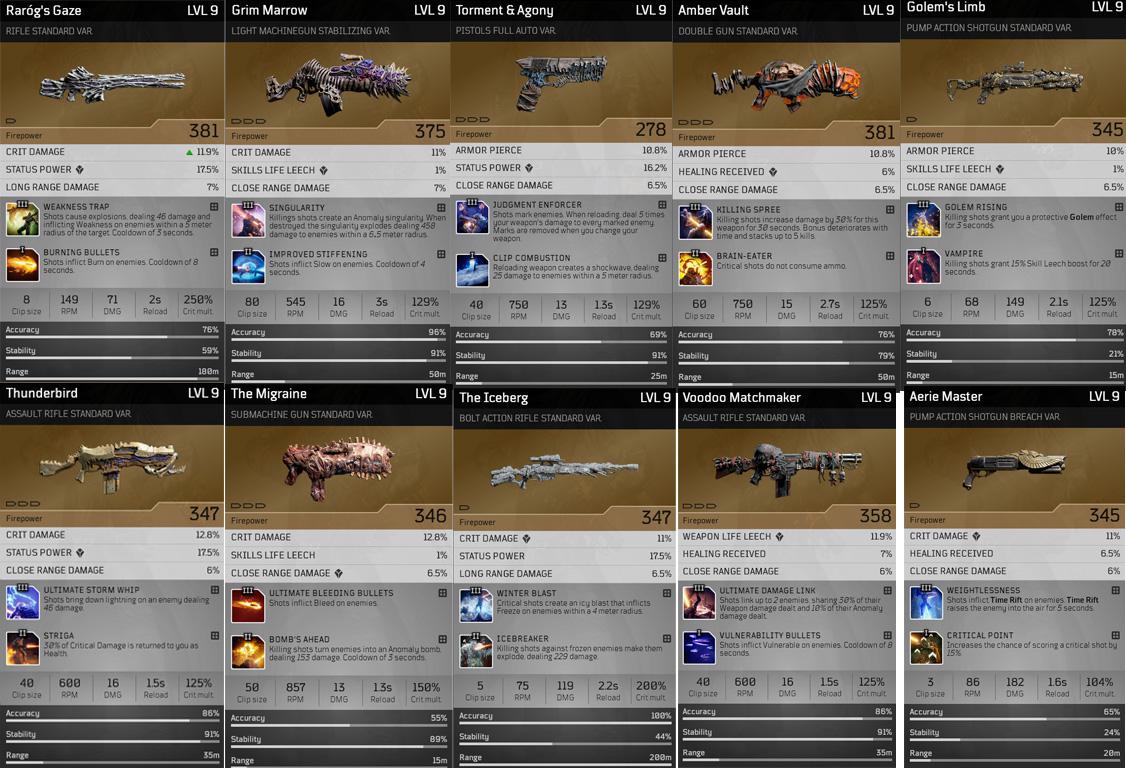 Fair warning, even though World Tier 5 says an increased 25% chance of getting legendaries, it’s still a low chance. If you manage to get a legendary, be sure to let us know in the comments which! Or tweet us a screenshot on our Twitter here and we’ll share it.