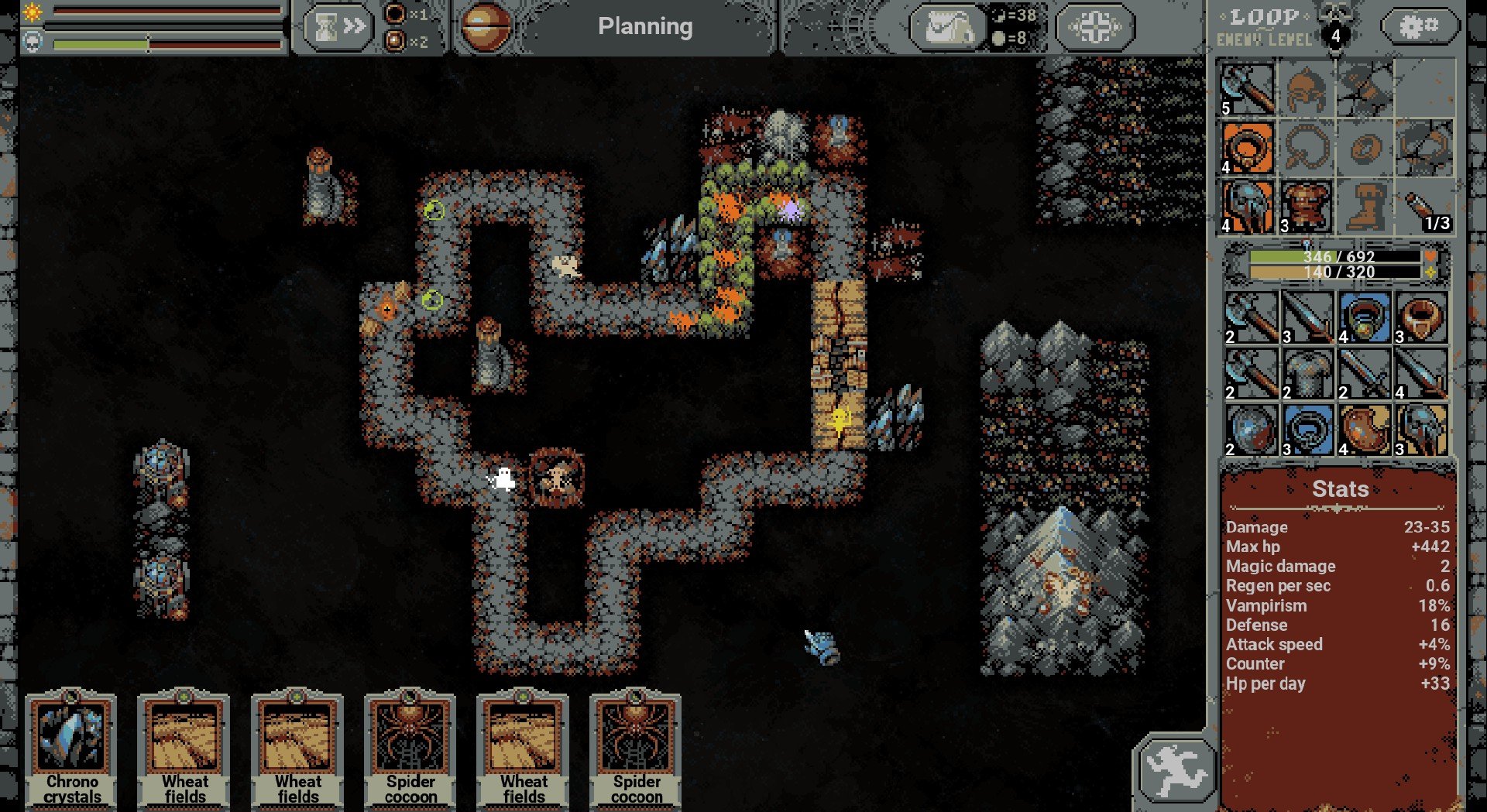 If you’re playing Loop Hero and need to take a break, you’re probably wondering how to save during a loop. Not everyone wants to end their run by dying or retreating back to the camp, especially if they’re doing really well. While this feature wasn’t originally in the game at release, it was added later on as explained below.

How to Save in Loop Hero 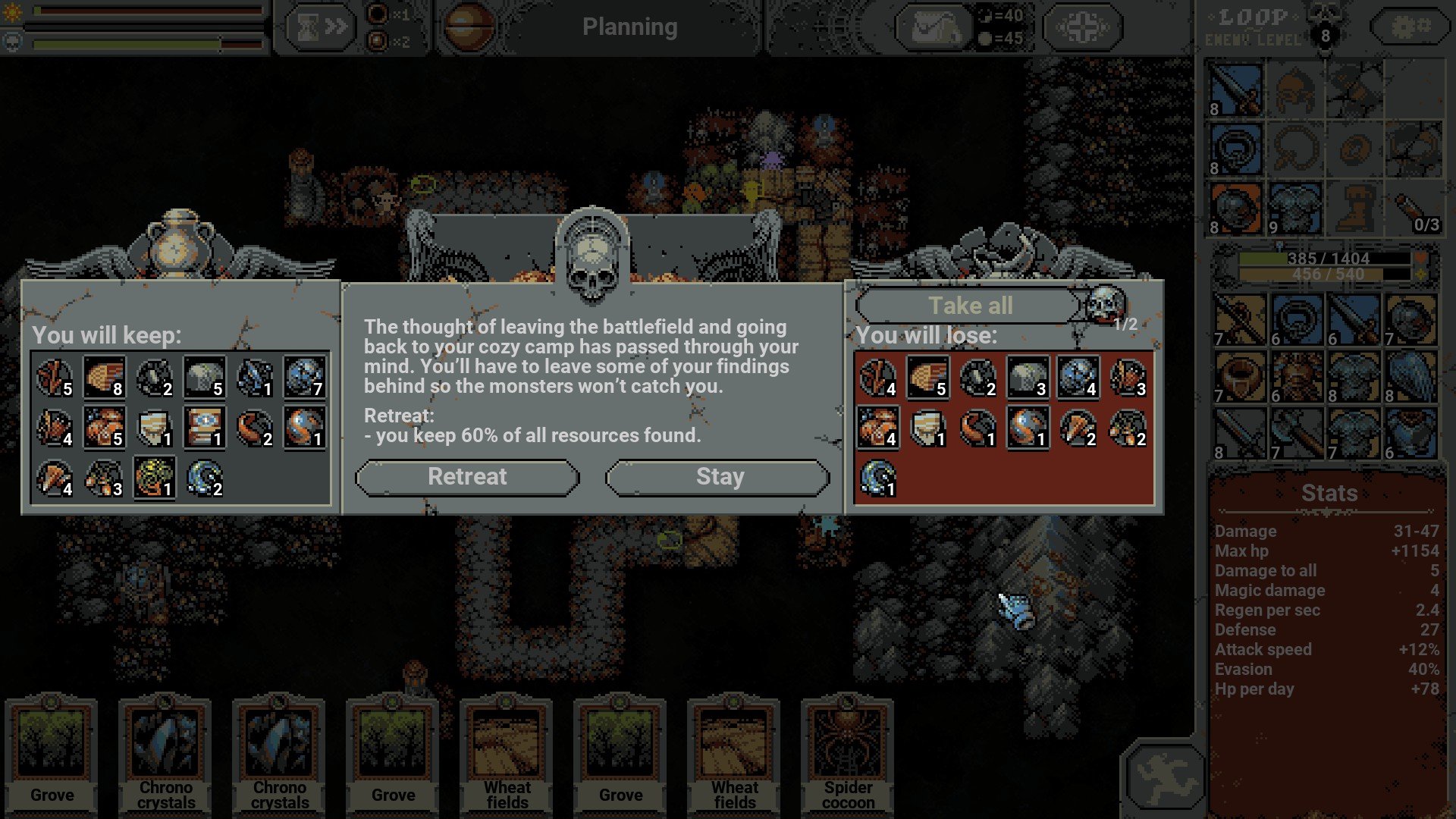 Retreating away from a campfire only gives 60% of all resources gathered.

Just updating this guide briefly to confirm the below plans for a saving mechanic were added shortly afterward. This allows players to save mid-loop so you don’t have to leave it open or end prematurely.

Developer Four Quarters announced new features coming to Loop Hero in the new 1.1 update. While it’s not complete yet, players can try the beta version and test them early. One of these features includes the much-awaited mid-loop saving mechanic. The way this mechanic works is that you can quit and then load back into your loop. This is commonly known as save and exit.

For those of you looking for a way to save scum, such as loading a save before a death, you won’t be able to. I’m sure someone might get creative and figure out a way with a mod or a file edit, eventually. But, that’s not the goal of this feature since you can only save your loop when exiting the game.

The original article is below from when a save feature was still mostly unknown but on the way.

The developer has posted on the Steam discussions that they’re working on a saving system currently. Since not everyone always has the time to dedicate to long loops, it’s no surprise people started posting about it. Until a save feature is added, you can still retreat for resources as mentioned in our tips and tricks here. If you’re at a campfire, you’ll leave with 100% of your resources from that run. Retreating is done by pressing the small button of a person running at the bottom right corner.

While roguelike games often revolve around permanent death and a lack of saving, roguelites are the middle ground. Some fans of Loop Hero have suggested an auto-save system for every time you complete a loop reaching the campfire.

If the developer is concerned about it being abused, a save and quit system would work still well here. Essentially, you can only save your loop upon quitting. This makes it more difficult for people to reload saves after dying. Regardless of how the developer implements mid-loop saving, it benefits everyone. When and if a save system is added to Loop Hero, we’ll update this article to let everyone know. 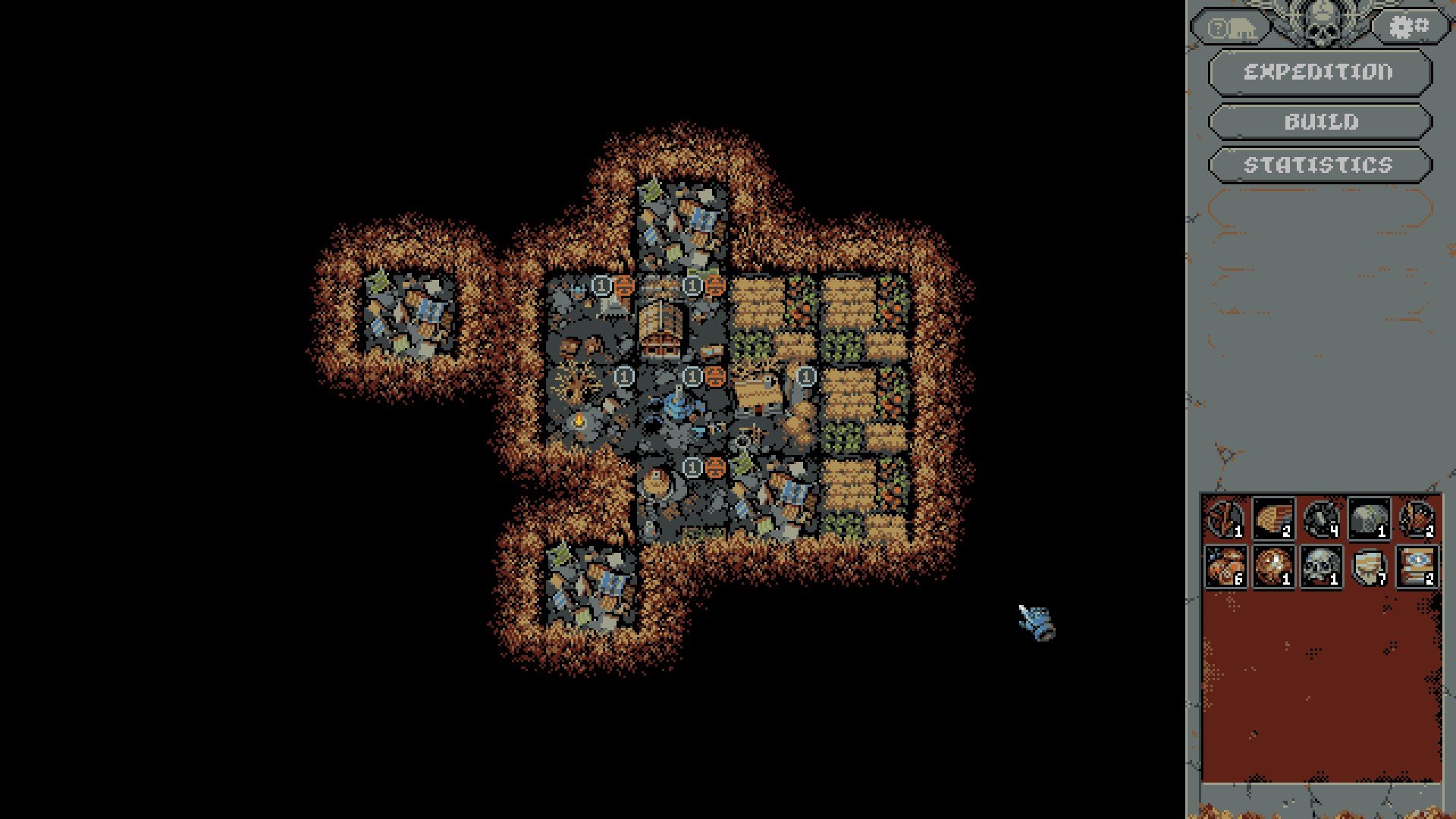 Expanding your camp outside expeditions is a useful way to gain permanent upgrades and unlock new cards.

For those who don’t own Loop Hero, you can still save your progress, but not for each loop as the article says. I just wanted to clarify in case you’re debating whether to buy the game or not. The meta progression takes place outside of each loop/run.

If you have any other Loop Hero questions, let us know in the comments below. For more guides on the game, take a look at our 10 Best Tips and Tricks here or How to Unlock Equipment Slots. And if you’re a big fan of roguelike games, we have a list here of the best ones worth playing.