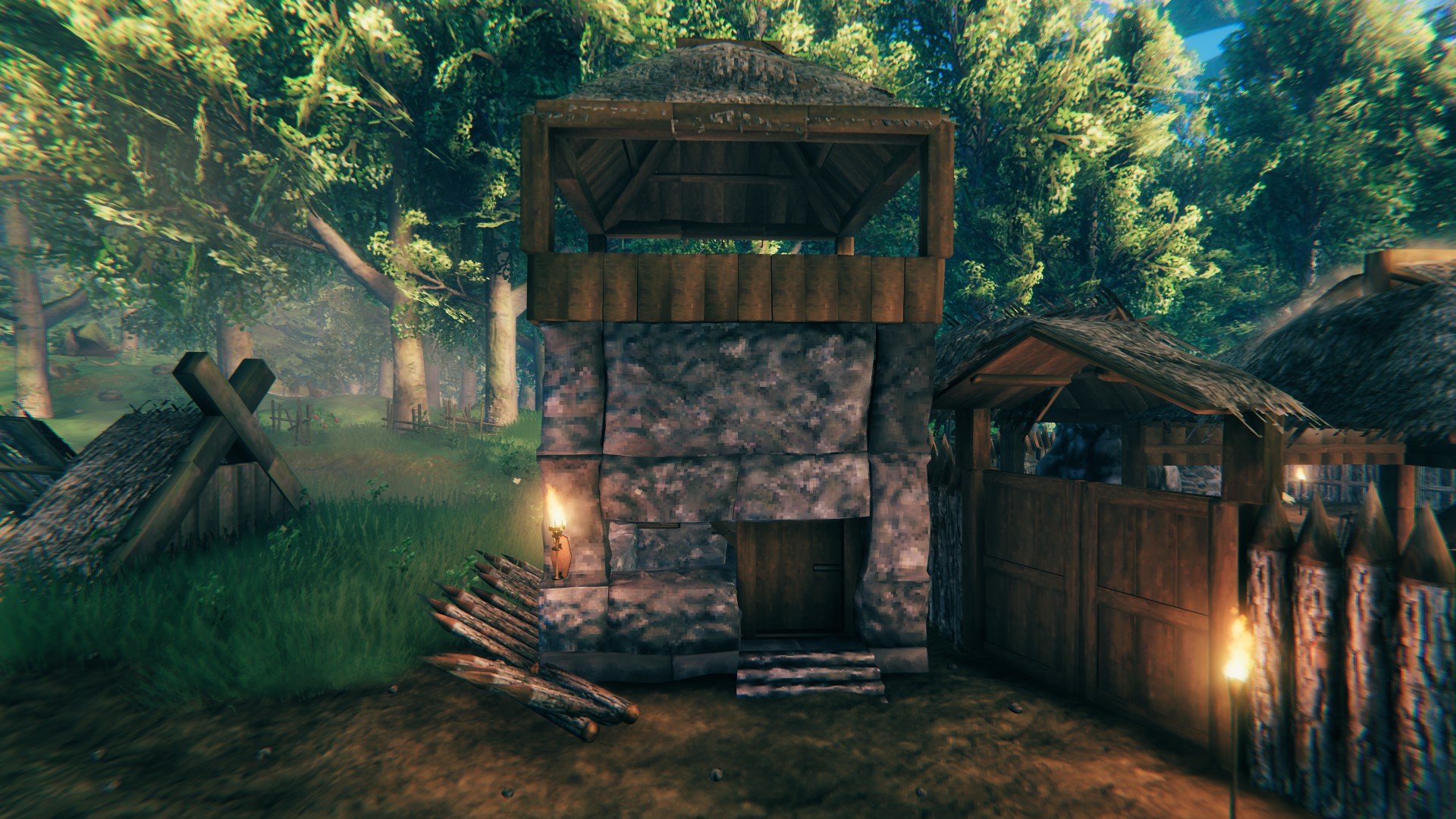 If you’re trying to figure out how to get stone walls and floors in Valheim, this guide answers that question. While stone is easy to get, you’ll still need to make some progress in the game before stone buildings become available. Once you’ve made it to the Swamp biome, you’ll be much closer to doing so. Continue reading our guide below for the details.

How to Get Stone Buildings in Valheim

Mine Scrap Iron in the Swamp 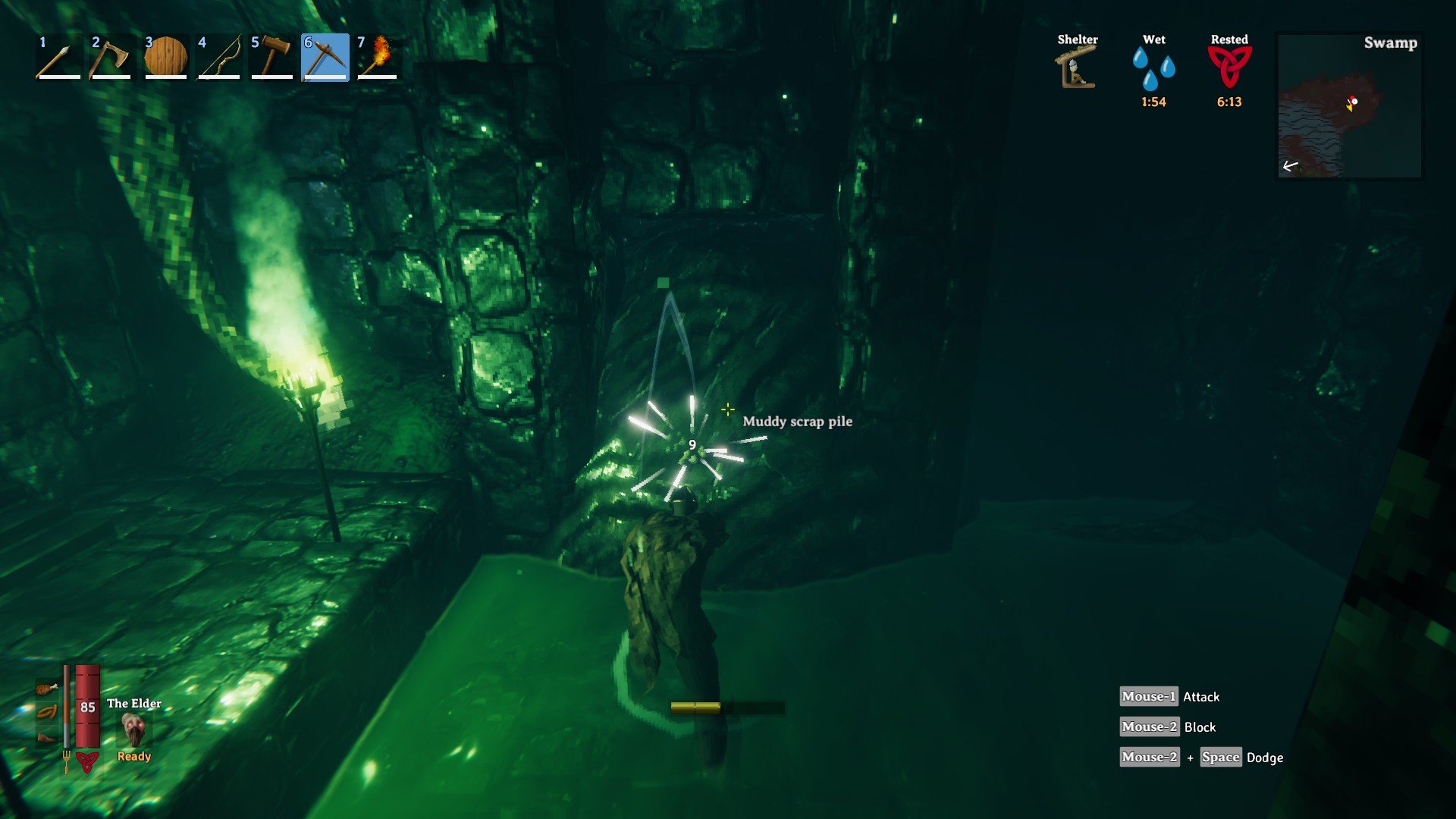 Before you can make stone buildings, you’ll need to make Iron Bars at a Smelter using Scrap Iron. In order to get Scrap Iron, you’ll need a Swamp Key to access mini-dungeons in the Swamp biome. You can get a Swamp Key by killing the second boss in Valheim, The Elder.

Fortunately, this key isn’t consumed when entering the mini-dungeons called Sunken Crypts. These are similar to Burial Chambers from the Black Forest biome, but instead are a little more flooded and have blocked paths.

Many of the paths in Sunken Crypts are blocked by Muddy Scrap Piles that can be mined for Scrap Iron. So long as you’ve killed the first Valheim boss, Eikthyr, you’ll have Hard Antlers already for making an Antler Pickaxe. If you haven’t made an Antler Pickaxe yet, our guide here explains what to do after slaying Eikthyr. Fair warning, you’ll want to upgrade to a Bronze Pickaxe for the extra damage and durability eventually. 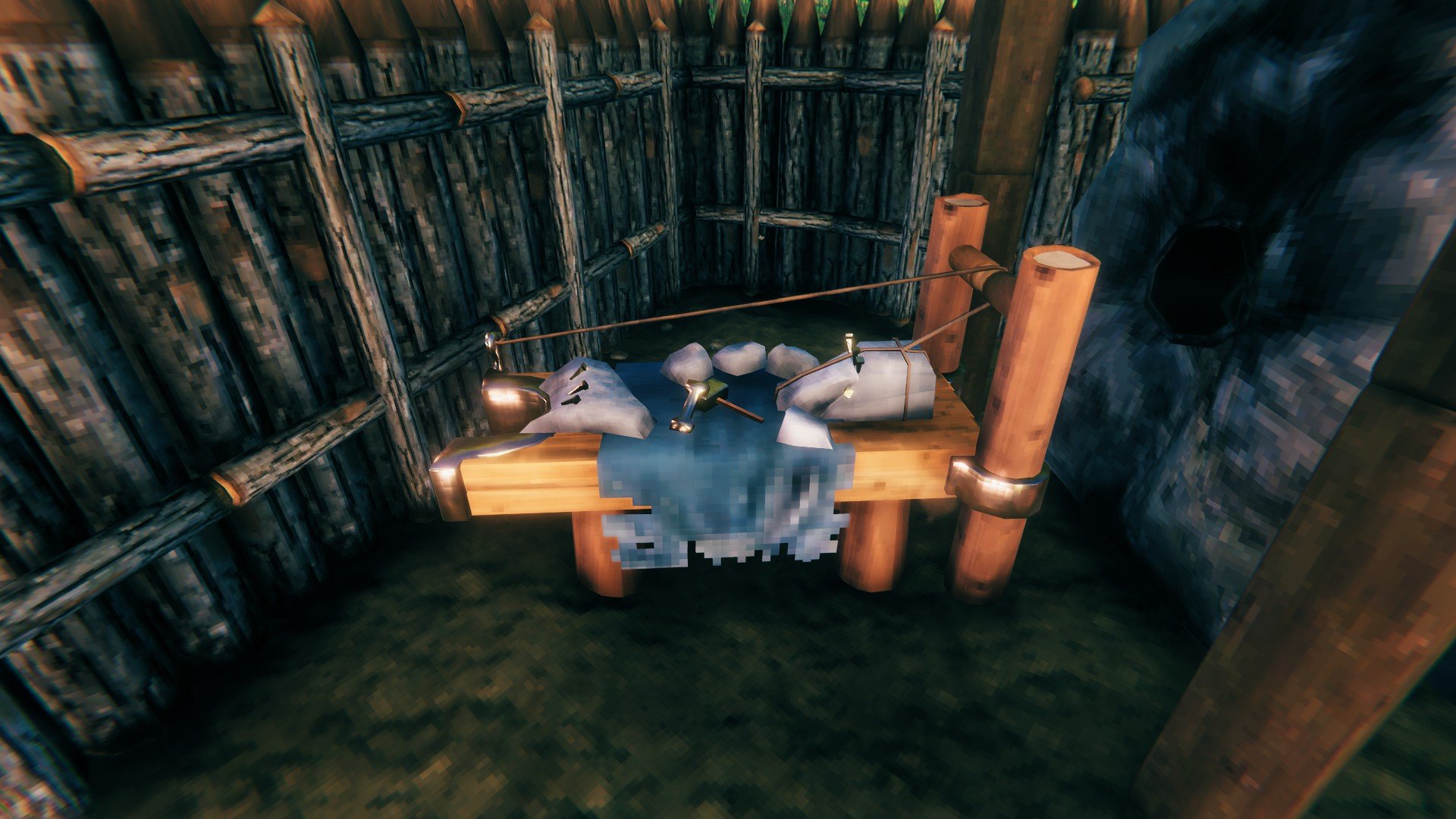 Once you’ve gotten at least two Scrap Iron, smelt it at a Smelter and turn it into two Iron Bars. This reveals the Stonecutter crafting station recipe for making stone buildings. Now all you need is 10 Wood, 4 Stone, and 2 Iron to place the Stonecutter. You’ll need to place it within the range of a Workshop.

Then, the Stonecutter will have a range of its own similar to a Workshop where you can place stone walls, floors, etc. Fortunately, all you need for stone buildings is stone, so it’s nothing too complicated.

How to Get Stone Quickly 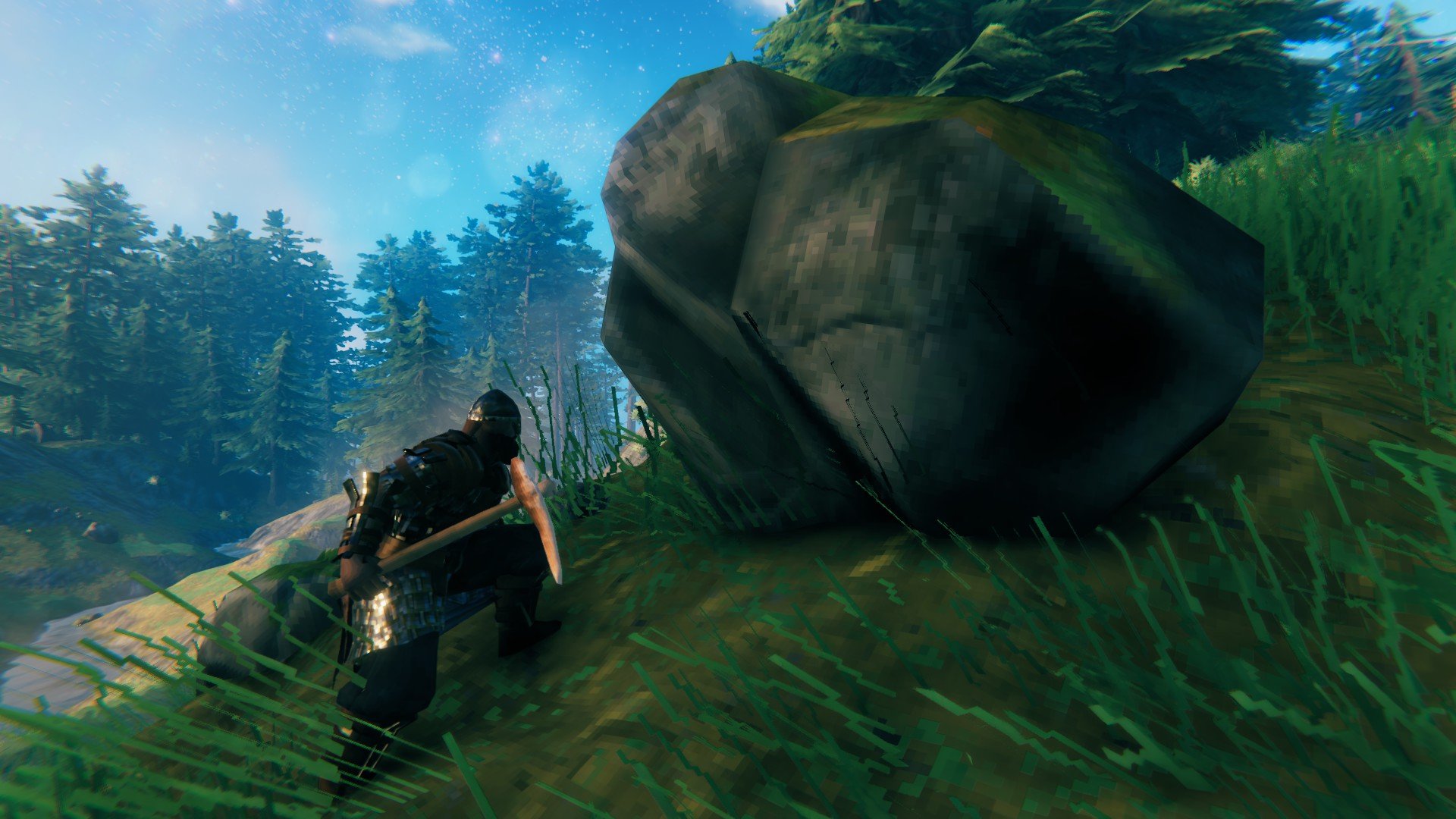 By now you likely have a pickaxe already and can start mining rocks. Valheim’s world is filled with large rocks that can be destroyed for stone using a pickaxe. Otherwise, you can dig into the world and slowly get stone from rock under the surface.

This isn’t such a bad idea if you plan on terraforming an area or have a creative project like creating a river. And finally, there’s still the classic way of picking stone up along the beach/water. If you plan on making a base completely out of stone walls, you’ll need to farm a bunch.

If you have any other questions not answered in this guide, feel free to ask in the comments below. For more Valheim guides, head over to the guide hub or take a look at one of the many useful ones below.