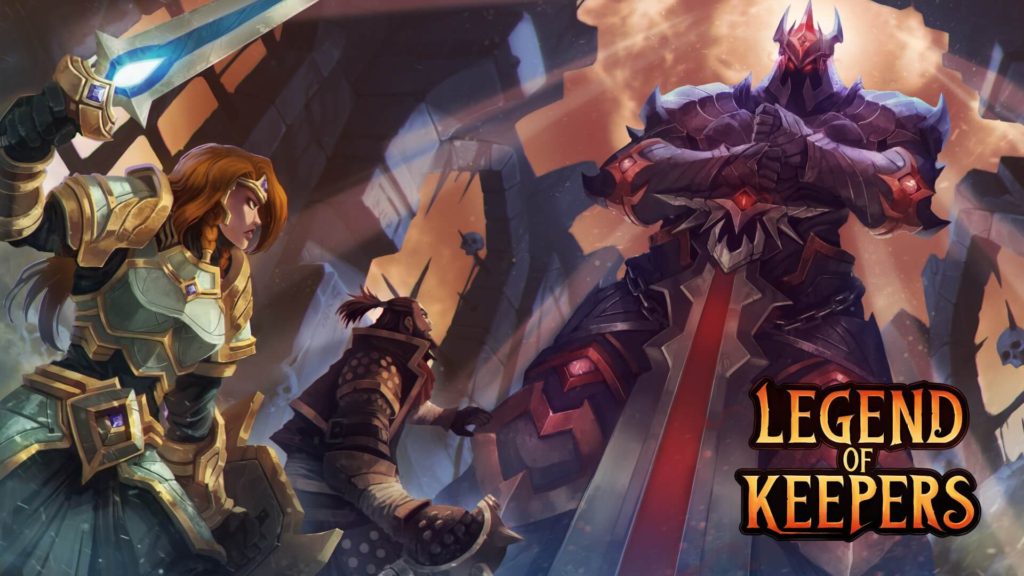 Every so often you get a game that stands out by tackling the perspective of the evil guys. I always love when dungeon crawlers change the focus to fighting off heroes and the people building the dungeon. That’s exactly what Legend of Keepers does by putting you in the role of a Dungeon Master. Take a look below at our best tips and tricks for performing that job well.

If you understand the enemies in your dungeon, you’re already a step ahead of the game. Before placing your traps and monsters, look at the skills and passives each hero has. When I first started, I looked at all their resistances and planned around that too. However, that gets to be a bit much, so I recommend looking at passives and where each hero can attack.

This makes it easier to place your monsters in the best spot for them depending on how vulnerable they are. Generally, the front is for tankier monsters. The middle is for squishy monsters that are strong. And the back is a wild card since they’re often targeted as much as the front.

I reserve the back position for monsters I get one attack in with and then they die.

The previous tip briefly mentioned paying attention to enemy passives and skills. Although, I didn’t get into how certain skills easily ruin your setup. For example, one skill moves the position of all your monsters on the first fight. The best counter to this is to move your monsters into positions you don’t want in the hopes that they’re moved to where you want.

The turn order appears on the left side of the screen as a list. It shows the order of turns for each monster and enemy with the top one going first. When I first started playing, I didn’t know to look at this when placing my monsters in the planning phase. This helps to know how the first round of each fight will go.

Also, it’s useful to plan who you attack if you can knock out the next enemy in the turn order.

Tip 4 – Build Toward Morale or Health

Legend of Keepers has two main ways of playing with one focusing on killing enemies by dropping their health bar to zero. Otherwise, you can scare an enemy away by emptying their morale bar instead. I recommend prioritizing your monsters toward one of these two ways instead of going for a hybrid.

Killing enemies gives you a Blood resource. Whereas if you scare them off, you’ll get Tears instead. Both resources have their benefits, but I find Tears to be more useful. There’s a little RNG to what monsters you get and that can play a role in your build, but I prefer focusing on morale.

Tip 5 – How Does Motivation Work?

An important mechanic in Legend of Keepers is how Motivation works. Every monster in your dungeon needs to be motivated to fight, otherwise, they’ll burn out and become unusable. Monsters lose motivation when they die in a fight and gain it when they’re in the Garrison away from fights.

Also, certain events and decisions each week provide varying amounts of motivation. You should always alternate your monsters in and out to let them restore a little bit before becoming burnt out.

You’re better off keeping extra monsters in the Garrison if you’re focusing a morale build. Until you get your first promotion, you won’t need extra monsters because you’re not adapting to enemy resistances. In the meantime, they can regain motivation. Tip 5 bleeds into this one because it’s still important to watch each monster’s motivation regardless of the build.

There are three main characters in Legend of Keepers known as Dungeon Masters. Your run doesn’t end until they die and they also provide a form of meta progression. Depending on how well you do, you’ll gain experience at the end of a run and can allocate points toward a skill tree. These provide all sorts of bonuses like extra morality damage or a bonus starting monster.

If you’re wondering how to unlock other characters besides the Slaveholder, you need to get to level 10 for the Enchantress. And the third character, the Engineer, will release later in the Steam Early Access development.

Players can customize the difficulty with several options to either made it easier or harder. Depending on which way you swing the difficulty, you can earn more experience to level your Dungeon Masters quicker. I recommend looking at it to see how you can make your experience more enjoyable.

Tip 9 – Deciding What Tasks to Pick

A large part of Legend of Keepers is deciding what tasks to do each week before fighting humans. Knowing what tasks are best isn’t always easy because it depends on what you need and what you have. Since there are a ton of different tasks that I don’t want to spoil in-detail, here are a few of the most common ones and what they do:

Debuffs in Legend of Keepers like Poison, Bleed, or Demoralizing, can all stack for higher damage and longer durations. It’s easy to not realize this since each individual debuff doesn’t appear below an enemy. However, it will show the damage stacking and more turns added onto its duration when hovered over beneath an enemy.

While debuffs stack, the original way it was applied still runs for its timer. For example, if an ability applies -10 morale for 3 turns, it will end in 3 turns. Even if another ability throws -10 morale on top of that for 4 turns, changing to 4 turns in total. The ability that lasts for 3 turns will end and the 4 turns ability will have 1 more turn remaining.

If you’re a fan of roguelites, be sure to check out other great games like Stoneshard, Roundguard, and Noita.

Legend of Keepers released on March 19, 2020, for PC via Steam Early Access. If you’re looking for more information about its development, the roadmap is available here.

Legend of Keepers was provided by the developer via a Steam code.