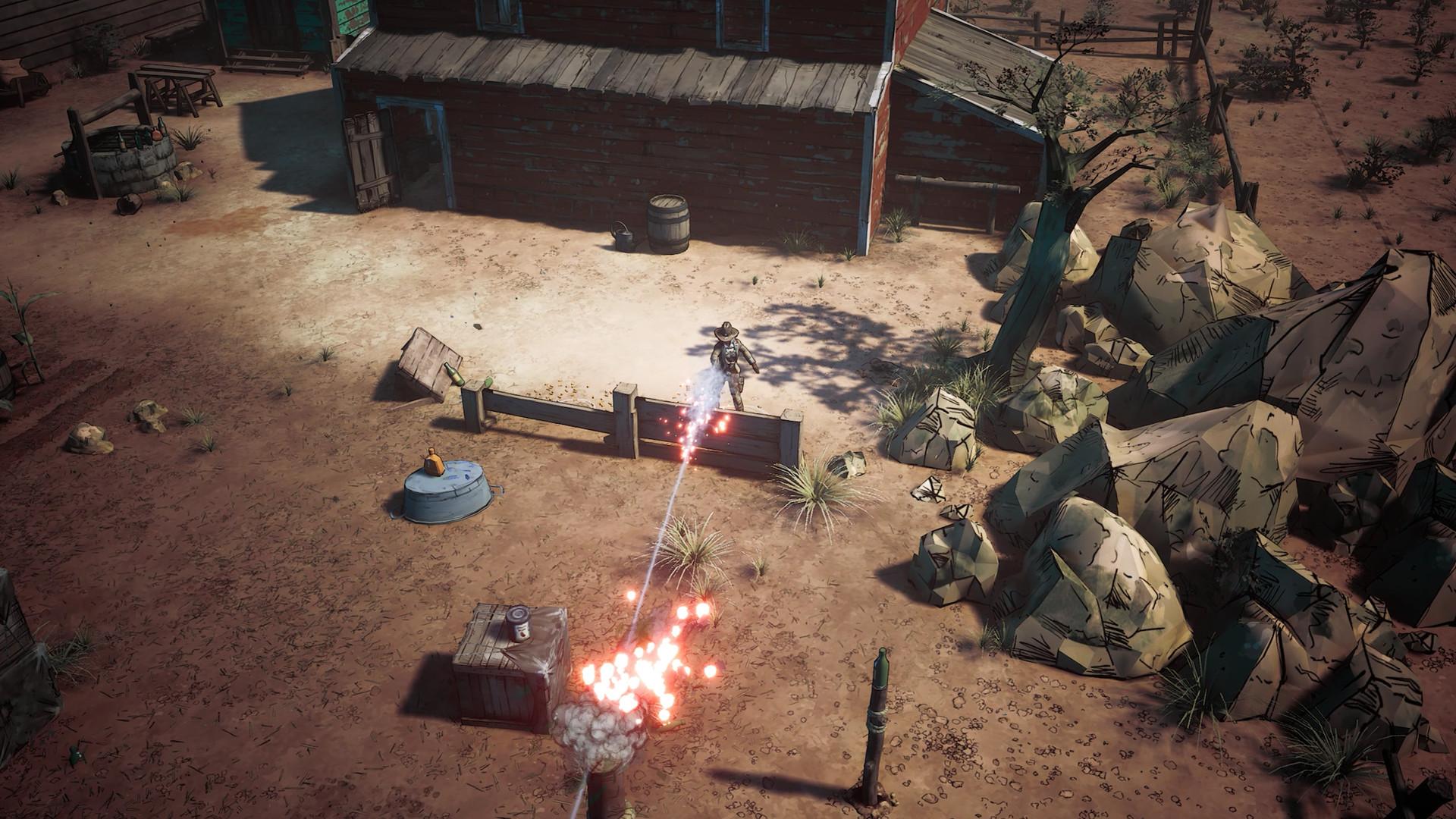 Weird West is a great immersive sim game where it doesn’t hurt to have some tips and tricks going in. Make sure you’re prepared for all the odd dangers WolfEye Studios has created. Our guide covers everything from how to recruit NPCs to the best Ace of Spades perk you need.

And if it turns out you have some tips of your own, be sure to share them in the comments for others. There can be a lot to take in and easily miss while exploring the wild west. 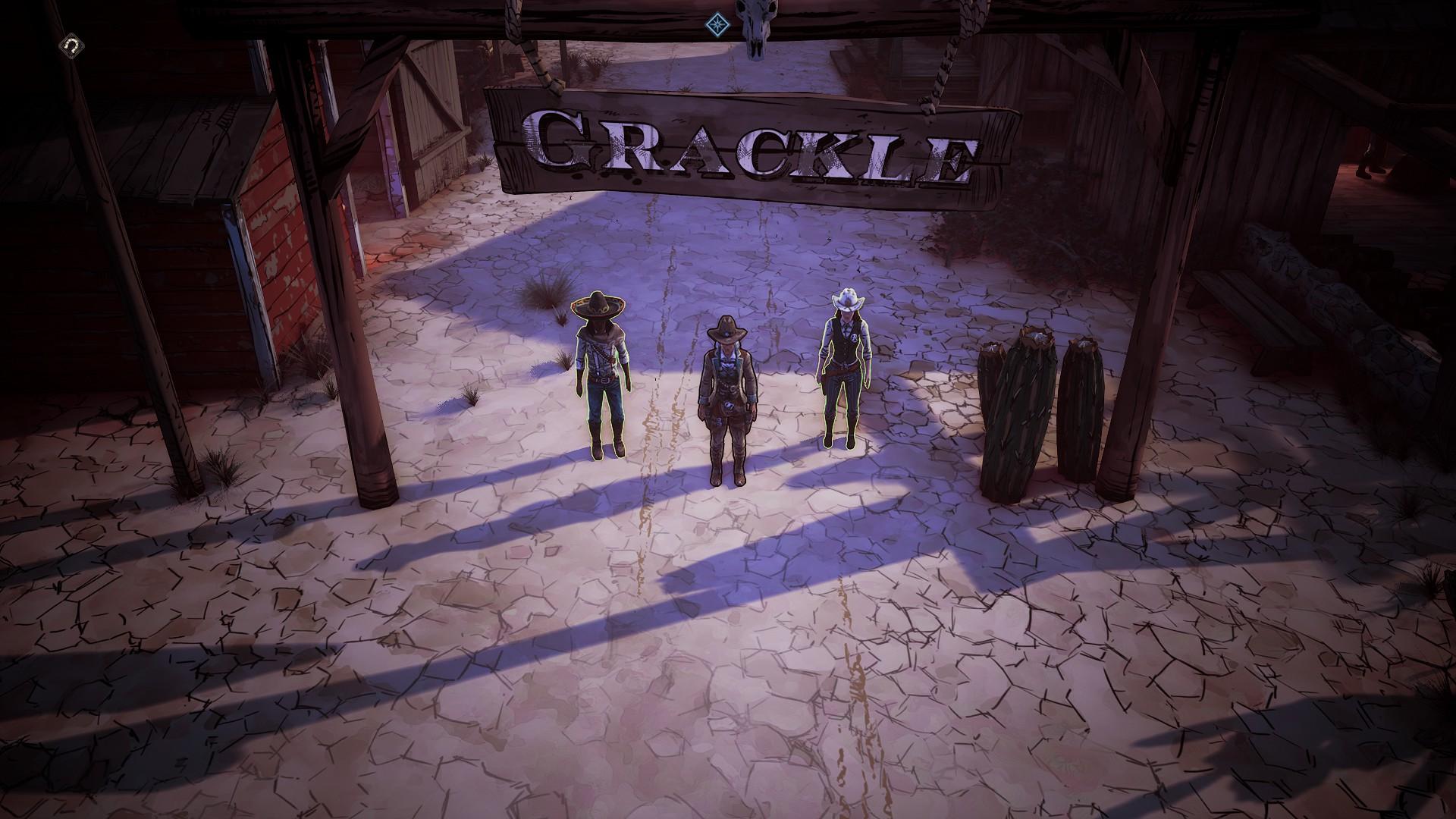 Hovering over towns on the overworld map will show whether there are mercenaries available to recruit. Keep an eye out for stars to know what rank they are.

Getting your posse together in Weird West is a great way to even the odds in combat. You can recruit up to two followers that will fight with you until they die. Fortunately, you can eat food to heal them and also bandage them manually too. This can help keep followers alive especially when you have a story character you don’t want to lose.

Each character journey usually has a strong side character you can recruit early on. Otherwise, you can pay for followers in towns and sometimes rescue them elsewhere. Just be careful since certain characters won’t stay with you if your reputation drops too low.

Tip 2 – Slow Down Time For a Second to Think

AP doesn’t seem to drain while you’re slowing Weird West down, so don’t worry about it.

Weird West’s combat can be overwhelming especially when you’re first learning how it works. This is why slowing down time is an important mechanic to give yourself a moment. I take advantage of it for seeing where nearby enemies are and deciding which abilities to use.

Combat can get dicey when you have a pack of wolves running toward you or a mutant using dynamite. Slowing down time is a fun way to shoot dynamite out of the air and prevent it from even getting near you.

Tip 3 – Get Your Own Horse in Weird West 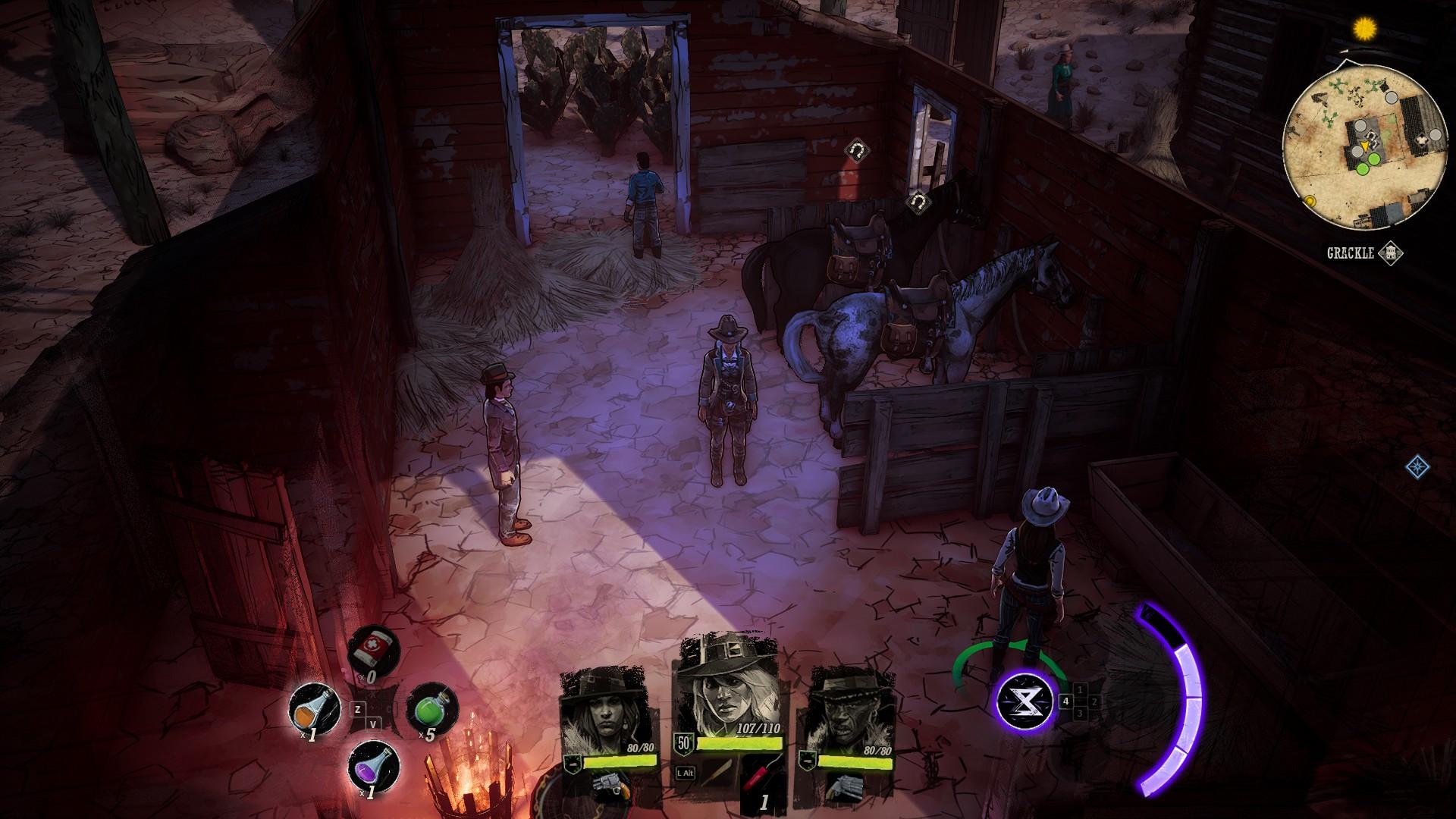 Stealing horses for one-way trips is a good way to move quickly until you have one of your own.

Getting a horse has several benefits with the big one being traveling quicker on the overworld. You may run into a few missions that have timers like bounties, but they all tend to provide a lot of time. So even if you don’t have a horse, you’ll probably be okay.

Other useful benefits include extra storage and skipping certain events on the overworld. You’ll randomly run into positive and negative encounters such as an animal ambush. If you have a horse, you’ll sometimes get an option to run away instead. Also, you only seem to need one horse, which you can buy in town or get from the Weird West pre-order bonus. 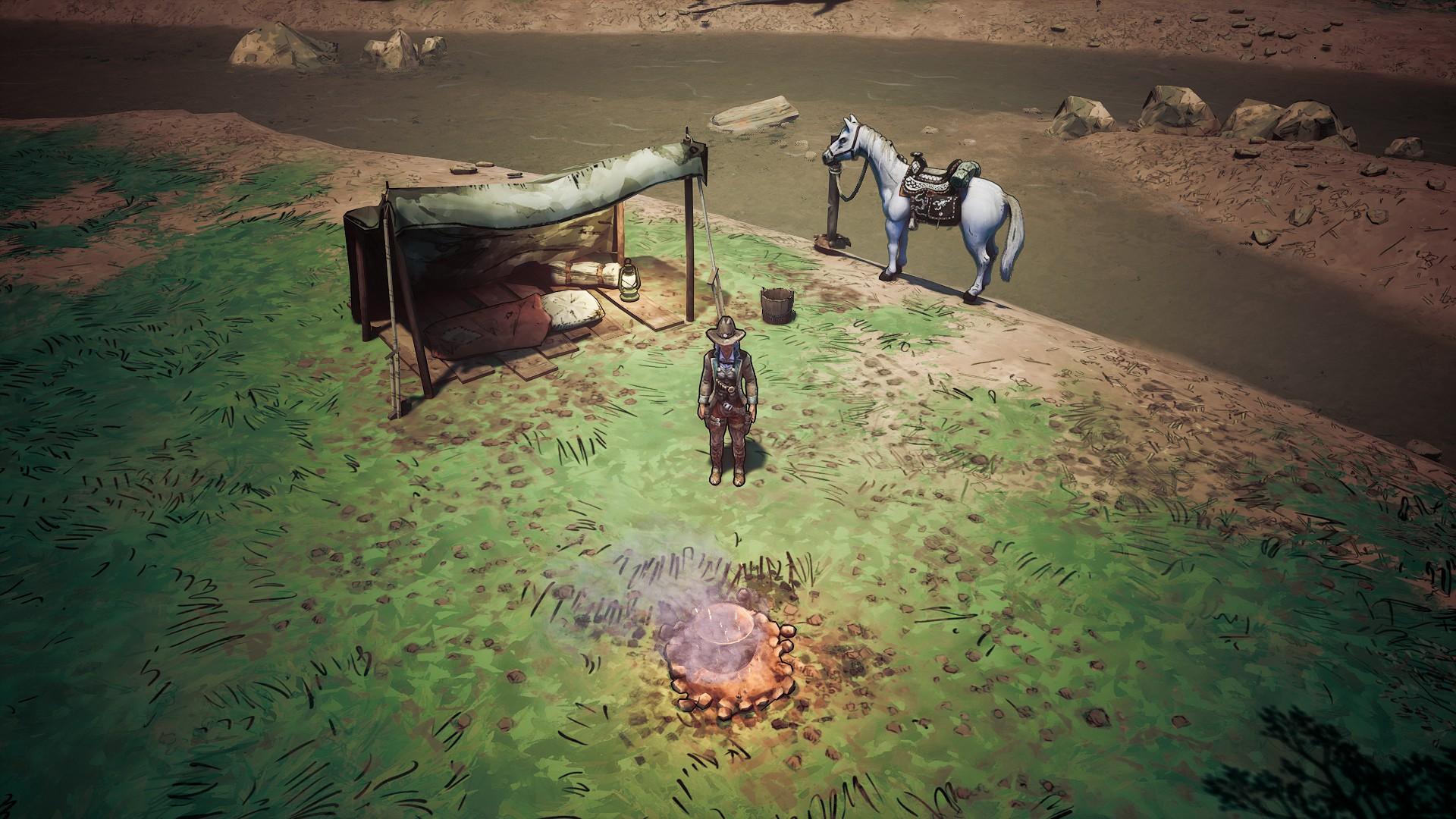 Quick saving when entering a new area or before reaching one on the overworld is a good opportunity.

Any game that has major decisions is always worth saving frequently so you can experiment a little. Whether you’re saving before a big moment or just trying to see what happens if you do something ridiculous. For example, one quest gave me a bottle of wine laced with something to knock out a bandit. I immediately drank it myself to see what would happen.

Saving for these reasons aside, Weird West does have the occasional jank which can throw off your plans. Sneaking around a cave with patrolling bandits can quickly go wrong. On more than one occasion, I’ve tried to knock out a bandit and then they teleport into a chair or out of one. Next thing you know, they notice me, and everyone is on alert. 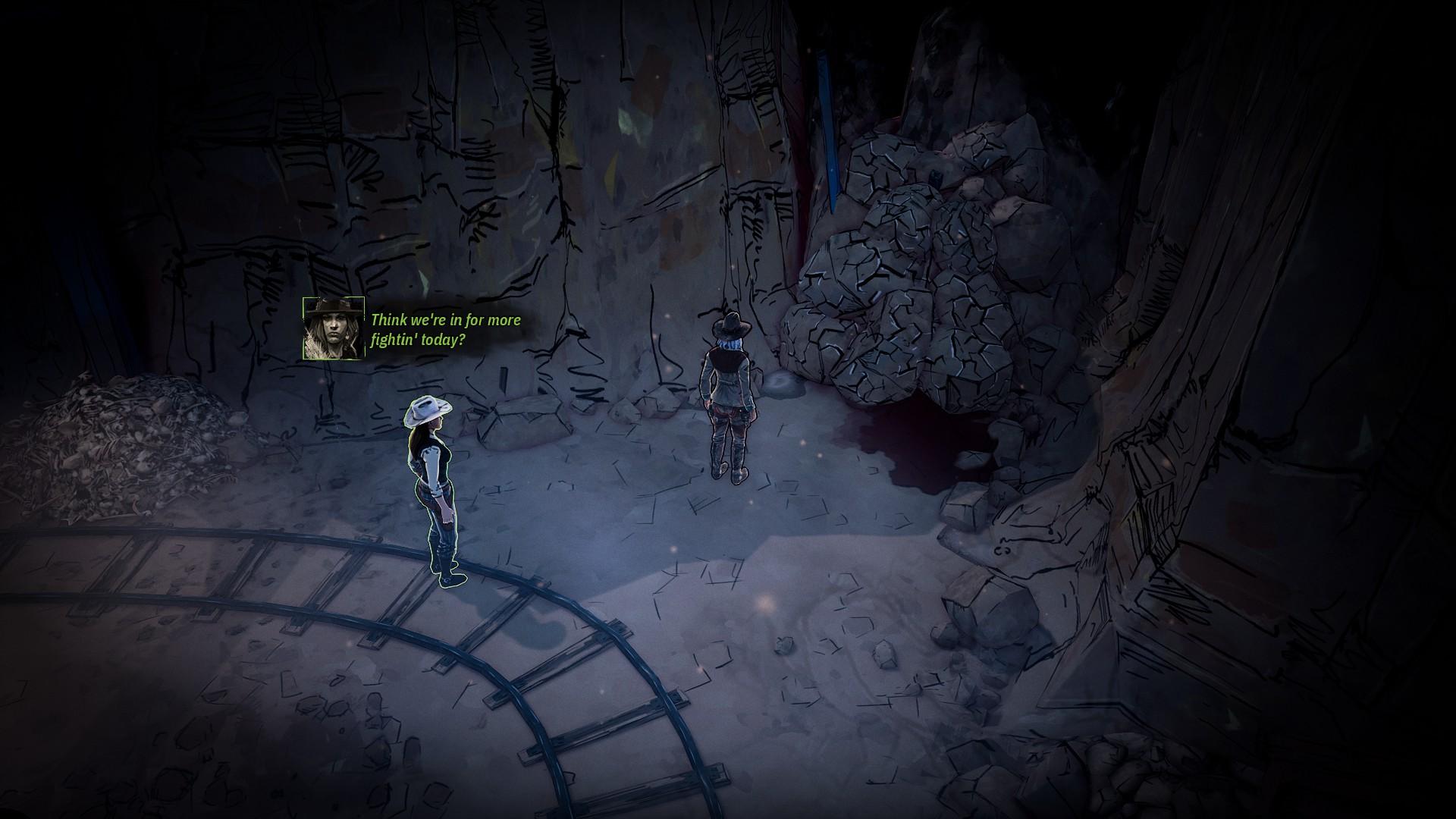 Piles of boulders both in caves and outside are often hiding loot worth hunting down. You can also destroy certain stalagmites that may block loot as well.

Did you know there are certain piles of boulders that you can destroy using dynamite? Blowing up these rocks will often reveal hidden loot like chests, ore, and other miscellaneous loot. But, it is worth mentioning that there isn’t always loot hidden behind them. This could be randomly generated since certain content changes across Weird West runs.

You can also use red explosive barrels to destroy these boulders as well. They can definitely come in handy when you run out of dynamite or don’t want to waste your dynamite. Especially since it can be easier to use dynamite in combat rather than risking blowing yourself up with a barrel!

Tip 6 – You Can Never Have Too Many Lockpicks 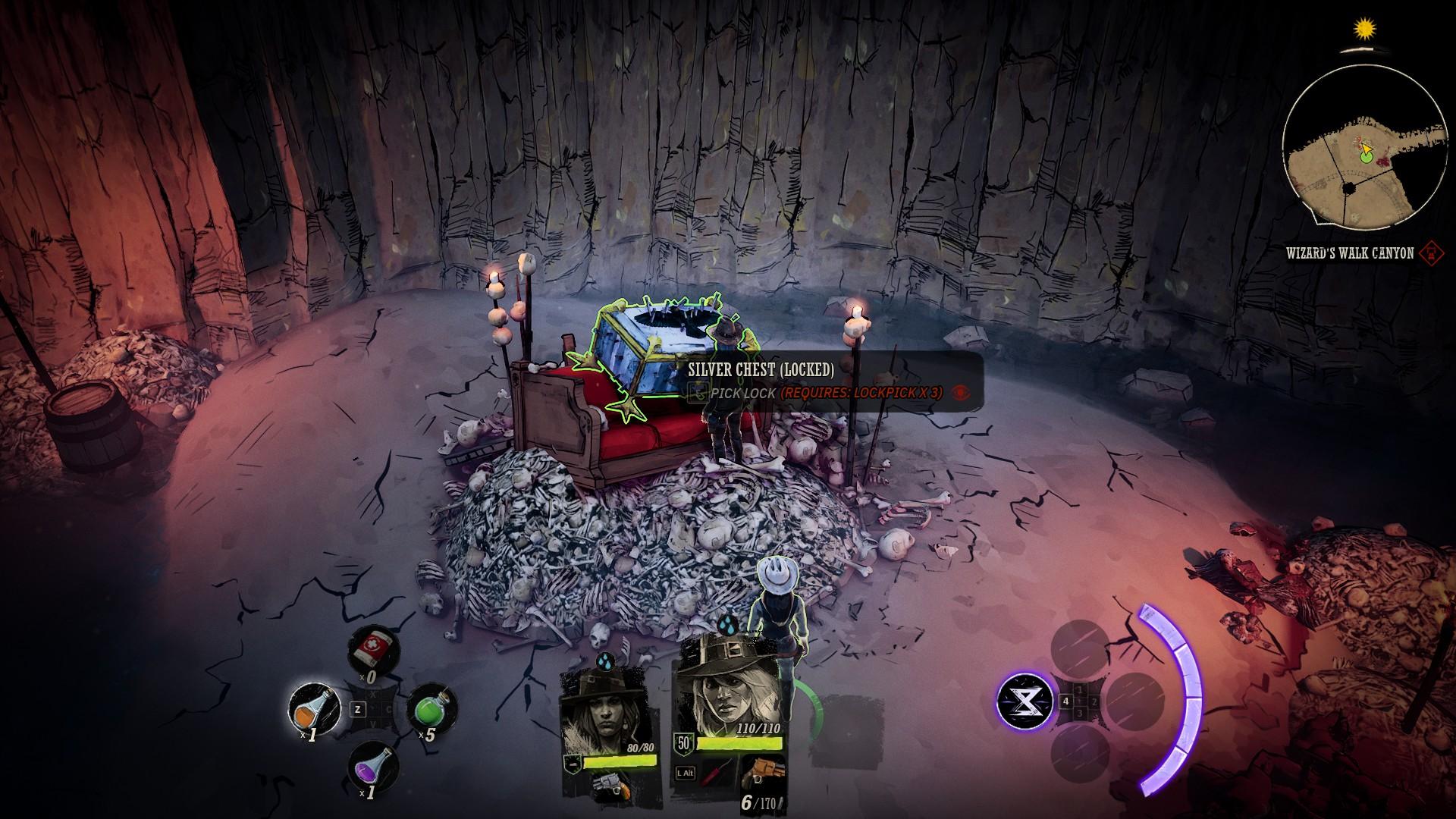 Sneaking through shortcuts and getting valuable loot often requires having a bunch of lockpicks.

Not every door and chest in Weird West has a key to find, so you’ll often need lockpicks to get in. Lockpicks are important if you plan on exploring every location and getting as much loot as possible. Keep an eye out for them whenever visiting towns by checking general stores and tailors in case they’re selling any.

While you can randomly loot them here and there, you’ll likely run out of them at some point. Especially when you come across a door or chest that requires an insane amount like five to open. With that said, the Locksmith Ace of Spades perk can be worth getting to reduce the amount you break.

Tip 7 – One of the Best Ace of Spades Perks 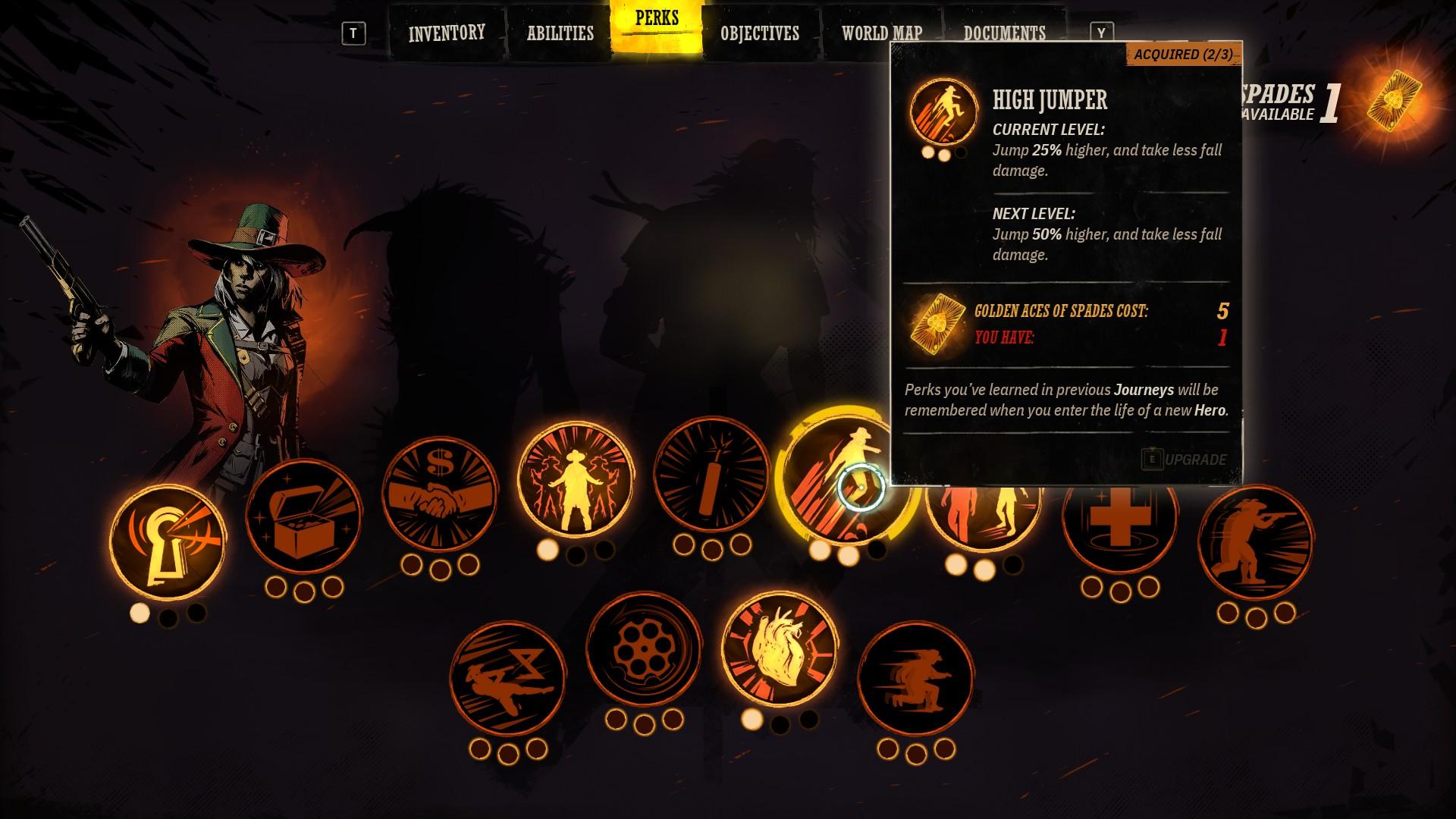 Certain Ace of Spades perks are better depending on your playstyle, but High Jumper is always a must.

My favorite Ace of Spade perk in Weird West is easily High Jumper. With each tier, you can jump higher and take less fall damage. This is huge for sneaking into areas and getting on top of buildings. You’ll frequently find loot hidden out of reach that you can now get to.

One fun example is searching bird nests in trees where you can occasionally find Ace of Spades cards. By the time you max out High Jumper, there are barely any walls you can’t scale. But, you can always take advantage of moving barrels or stacking grain sacks until you do. For more Ace of Spade perk recommendations, check our Best Perks to Pick guide.

Tip 8 – Rolling is Great For Stealth 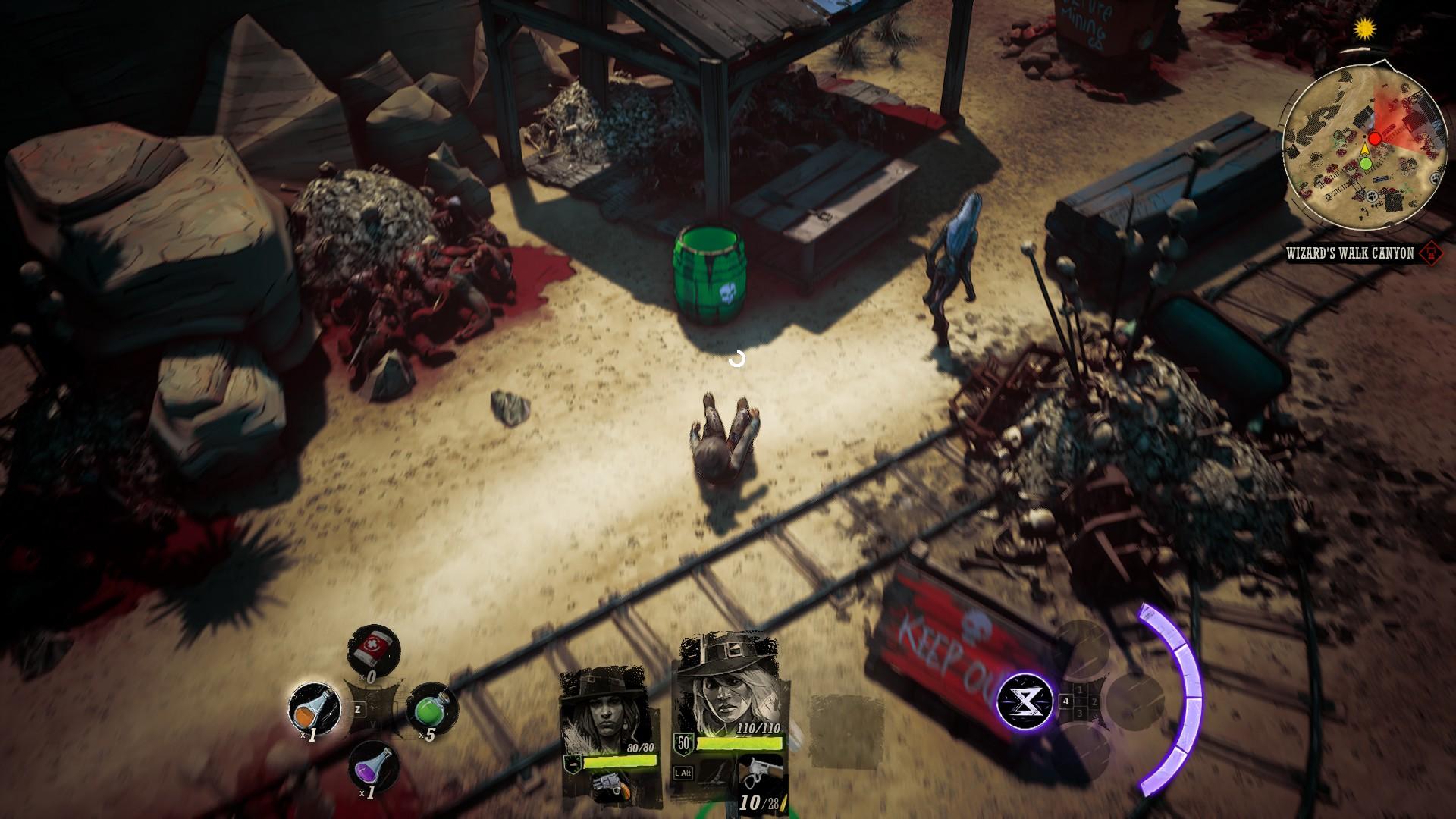 Be careful to not let other enemies see you knock out one of their own. This will alert everyone to your presence.

This is a trick I didn’t realize until I had already sunken a good chunk of time in Weird West. You can roll while crouched without making any sound. If you’re trying to knock out an enemy or sneak by quietly, this gives you that extra movement needed.

By rolling to get around quietly, you can avoid spending Ace of Spades cards on Quick Stealth. However, you may still want to spend at least one on it for making small moves. Otherwise, you may overshoot rolling between bushes or walls. Regarding stealth, it’s important to point out your posse will never get detected by enemies. But, they can block patrolling NPCs. 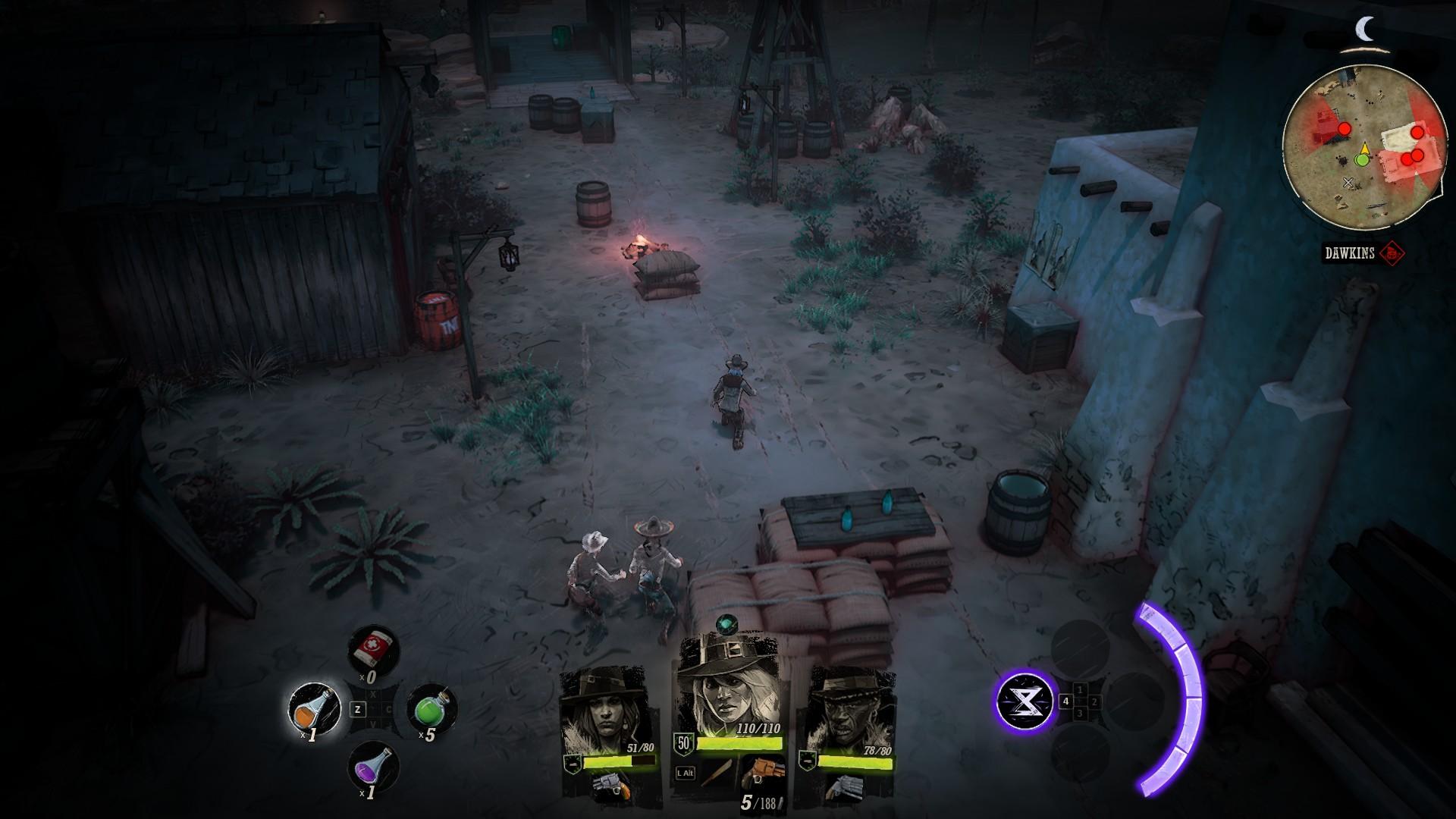 This is a great example of the minimap giving more information by showing that there are four hidden enemies.

It may sound silly to talk about how important the minimap is, but it’s easy to forget about. You should always keep an eye on it for where enemies are, where they’re looking, and other useful purposes too.

Did you know you can find enemies to loot by using the minimap? White Xs represent new bodies to loot and black ones represent ones you’ve already looted. However, black Xs aren’t necessarily empty. 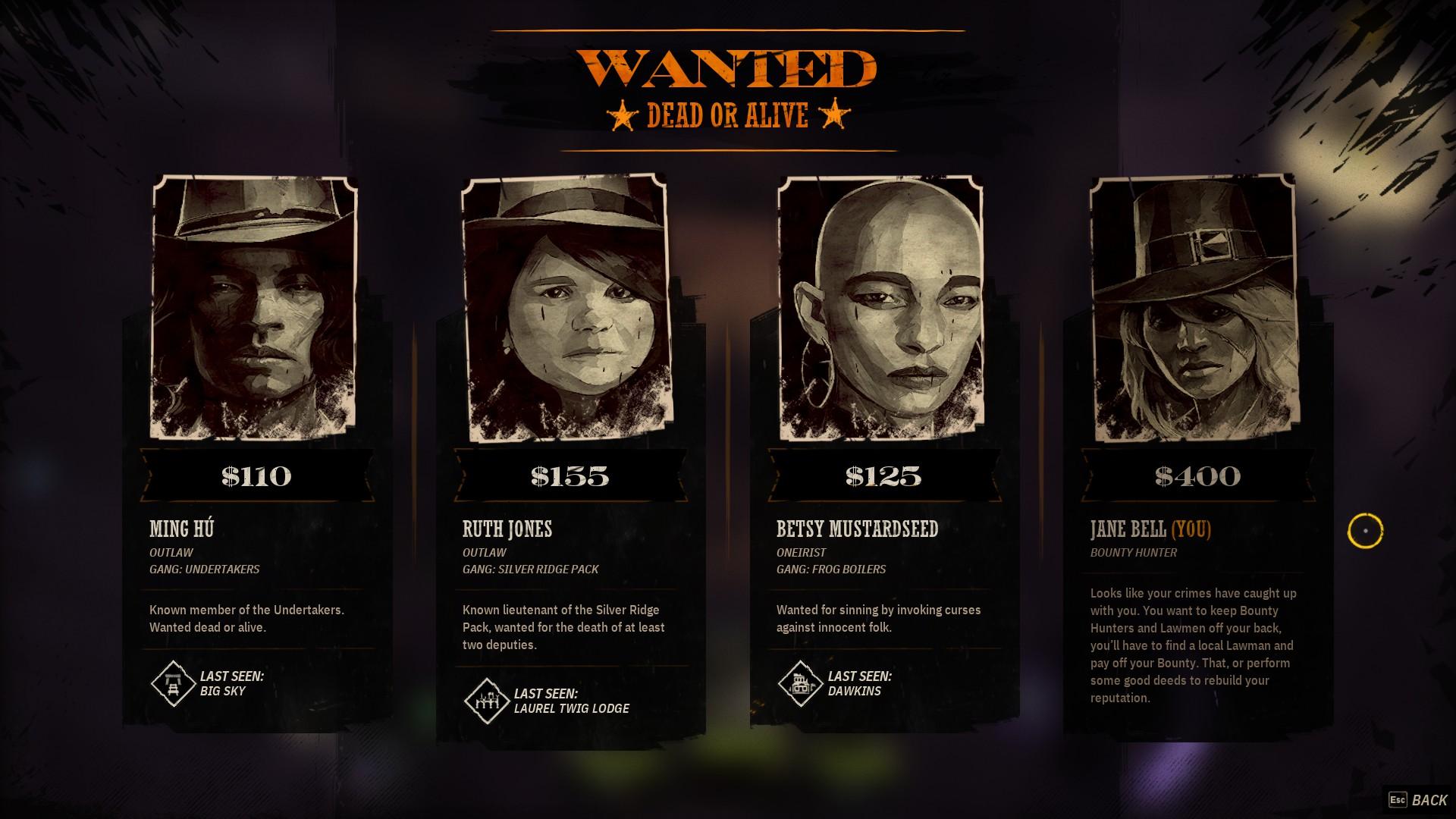 Bounties are a great and fun way to make money if you’re not sure where to start. Just be careful you don’t end up on there yourself!

Bounties are a good method for making money even though they can take some time to complete. Especially if you decide to capture your target for a little extra money. But, you’re guaranteed to make anywhere from $100 to $200 typically. This beats looting every single container to find junk worth collecting.

My favorite way to make money in Weird West is stealing but there’s always the risk of getting caught. A fun strategy is sneaking into stores at night through windows and chimneys. Depending on the store type, you can find a container filled with their entire inventory of items. 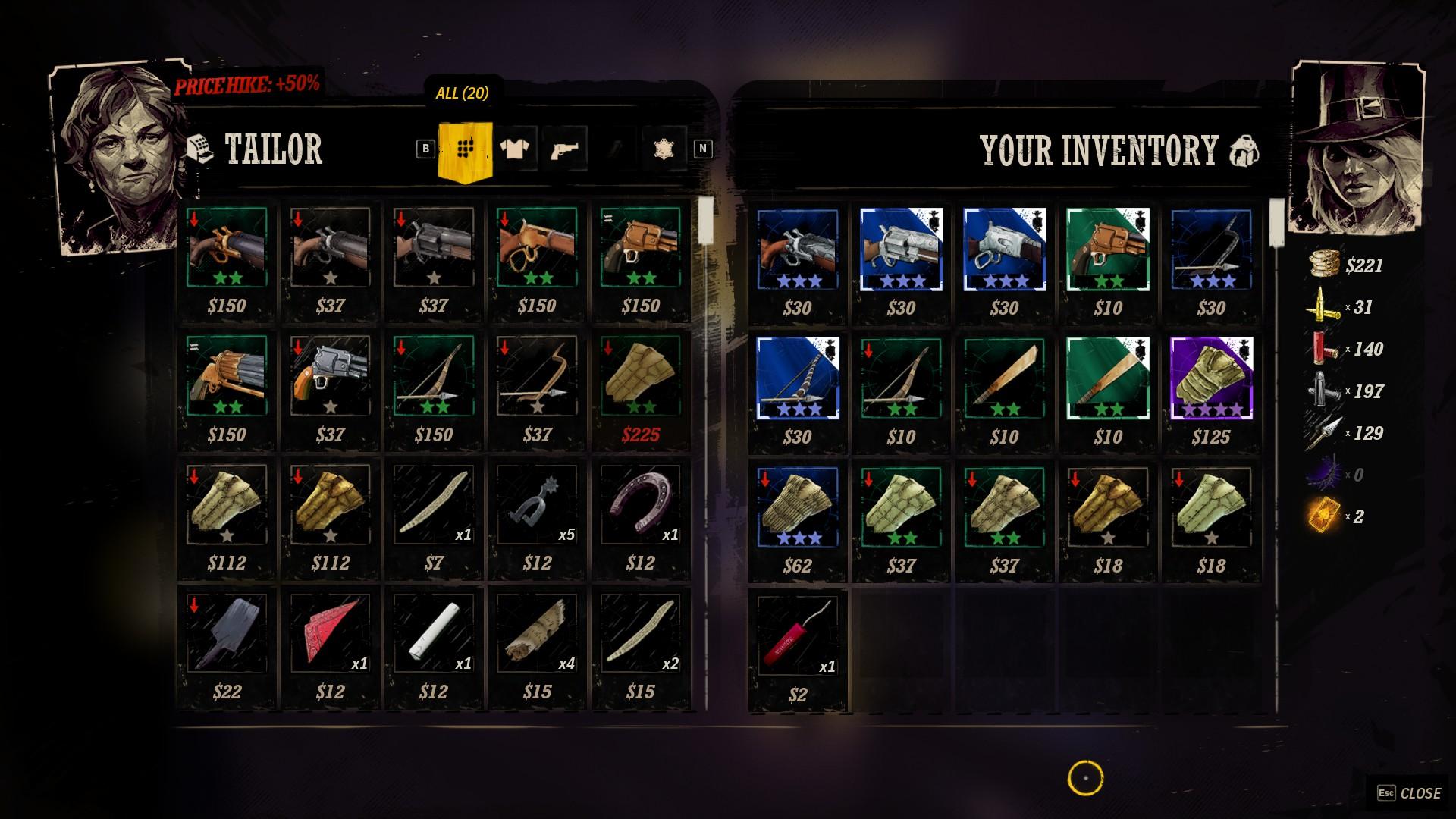 This load of extra items is from one nightly visit to the tailor. Plus, you can equip whatever gear you want to keep.

That’s all there is to this guide on the 10 best Weird West tips and tricks. Be sure to share some tips of your own in the comments below or come back if you learn something worth sharing!