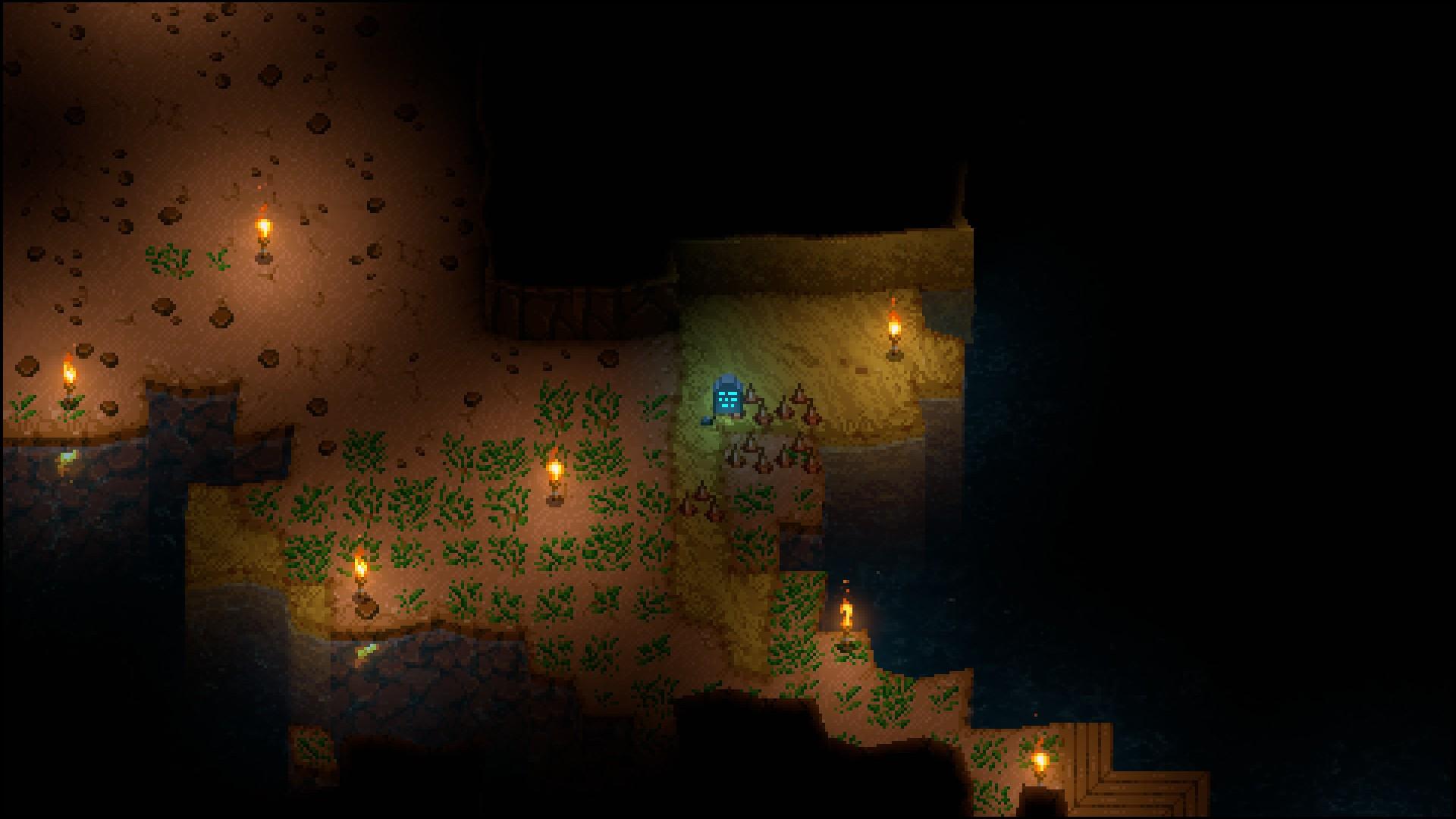 While exploring Core Keeper you’re bound to run into tough enemies that you aren’t always quite prepared for. This can lead to an enemy one-hitting you out of nowhere and leaving you wondering, what happens when you die? Especially if you’re going after a boss for the first time and aren’t sure if you’re ready.

Our guide below covers what the death penalty is in Core Keeper alongside plenty of other useful tips and tricks. Make sure you understand the difference between a Standard and Hardcore character by continuing further below. Also, we cover how to repair items so you can keep your durability topped off.

What Happens When You Die in Core Keeper

What Character Type Did You Create? 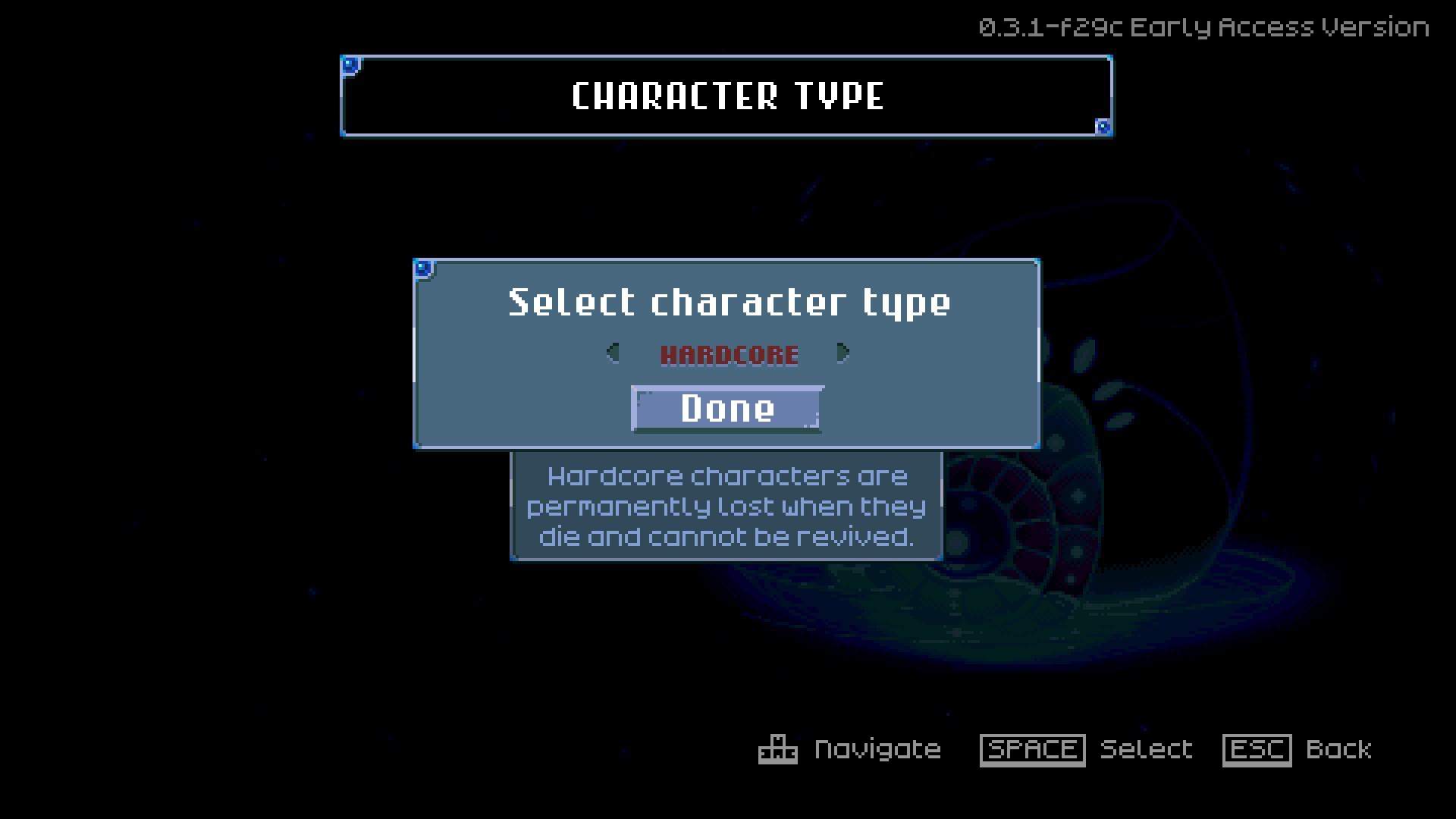 I don’t recommend picking a Hardcore character unless you’re already familiar with Core Keeper or want an extreme challenge.

Finding out what happens depends on the type of character you chose when first starting your game. If you have multiple characters, you can see the type before selecting them in the main menu. There are only two types so it doesn’t get too complicated, Standard and Hardcore.

The worst scenario is if you have a Hardcore character in Core Keeper and they die. Regardless of how it happens, you’ll completely lose them and have no way to recover them. Once they die, they’ll drop a tombstone on the floor with their items and then disappear permanently. You won’t see them in the character select menu anymore either. 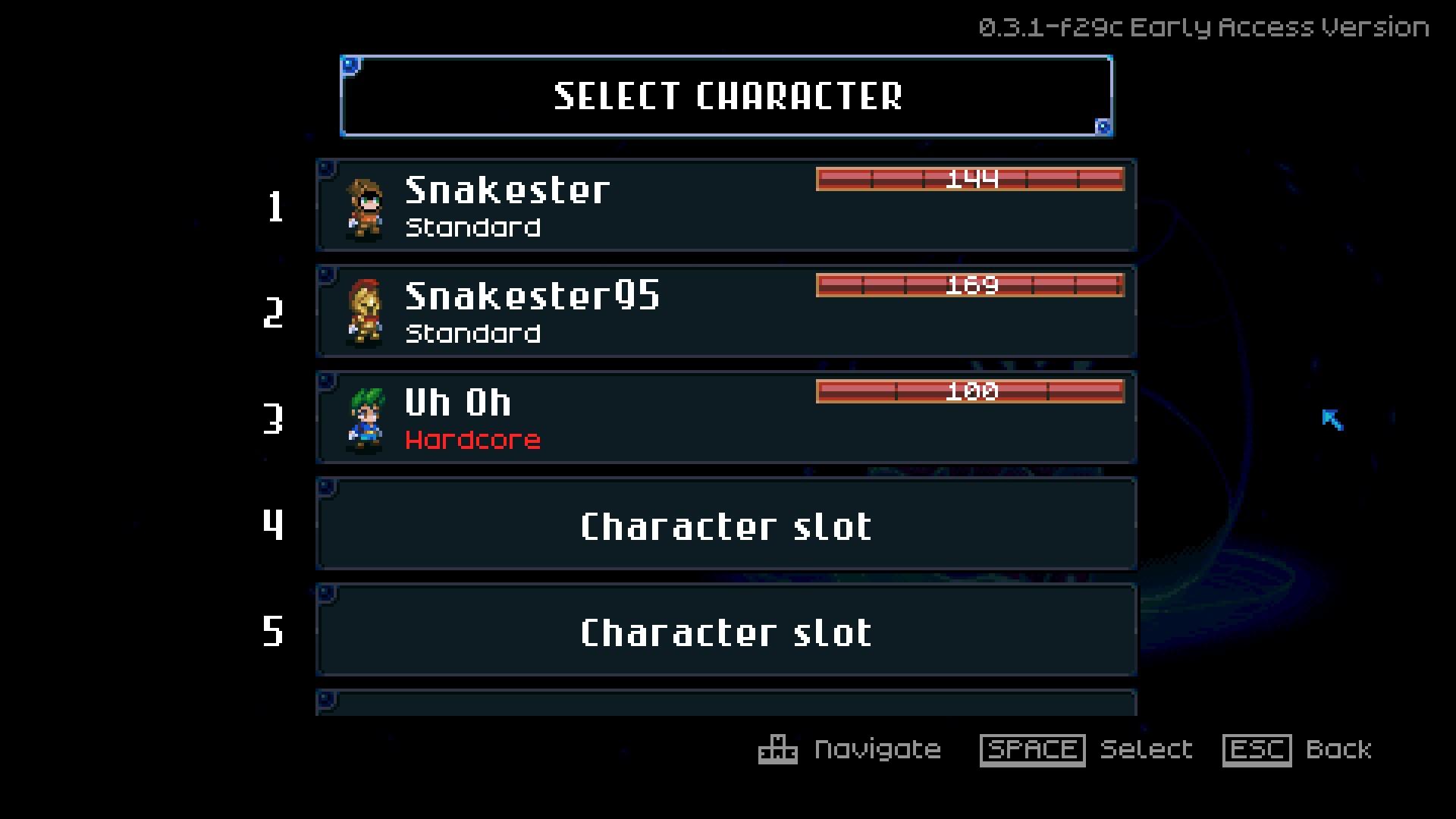 The character select screen is the best way to make sure you have the right character type before picking.

If you have a Standard character, the death penalty is much less severe. Instead, you’ll respawn at the starting spot or a bed you’ve used, with your equipment and hotbar items. Everything else in your inventory will drop to the ground as a tombstone. Once you return to the tombstone and interact with it or break it, your items will pour out.

The other main penalty that happens when you die in Core Keeper is taking durability loss to your armor. After a quick test, this seems to be a 20% durability loss for each armor piece. Such as your helmet, chest armor, and pants. Fortunately, you can repair armor relatively easily by checking the next section for how. 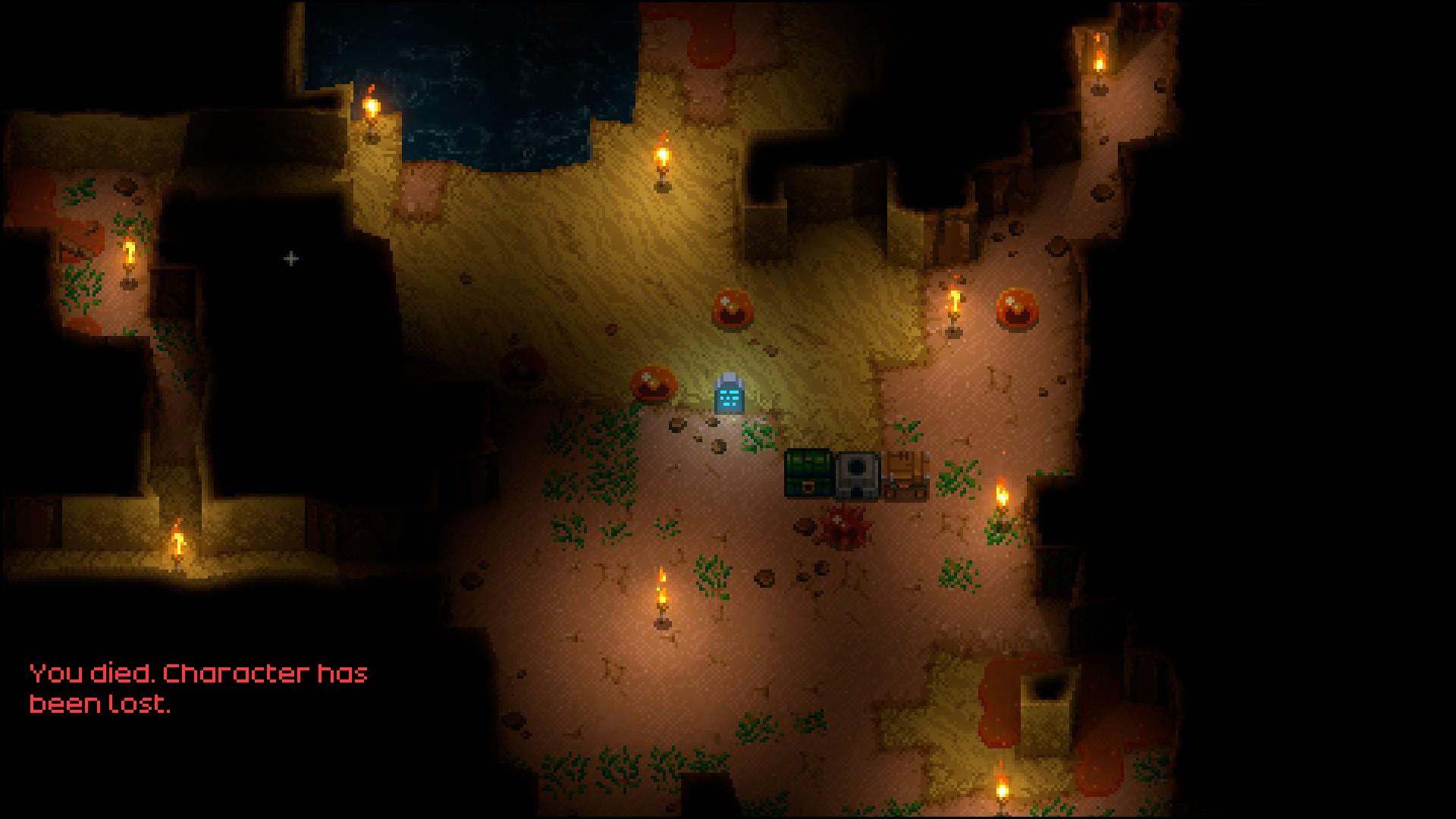 If you die while playing Core Keeper on a hardcore character, you’ll see this message in the chat. Nothing happens until you press escape and return to the main menu.

Before moving on to the next section, it’s worth mentioning that you can still recover your hardcore character’s items. The toughest part of losing that character is all their experience and skill levels going away. Unfortunately, you’ll need to grind those all over again which can be tedious. But, you can at least get your items and armor back if you revisit the world on a new character.

Other than that, you also get to keep the tombstone that drops on death. This is a fun reminder that you got killed at some point if you want to decorate your base with it.

How to Repair Armor in Core Keeper 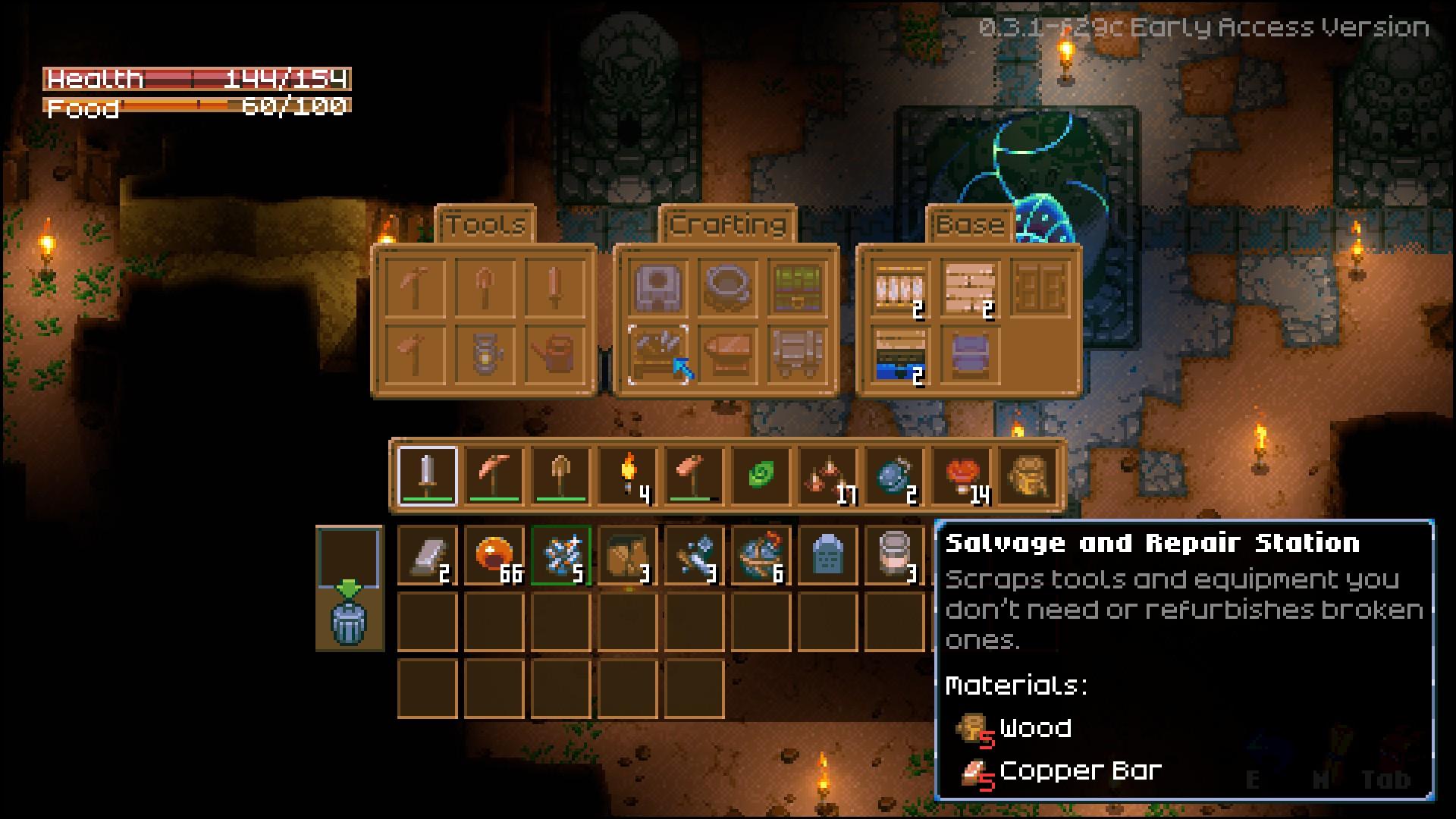 The Salvage and Repair Station seems to be the only way to repair your gear. It may even be worth carrying one with you.

Before you can fix the durability of your tools, weapons, and armor, you’ll need to make a certain crafting station. First, you’ll need specifically a Basic Workbench as opposed to higher-tier versions. This only requires 8 wood to make so it shouldn’t be too hard to build.

How to Get Scrap Parts in Core Keeper 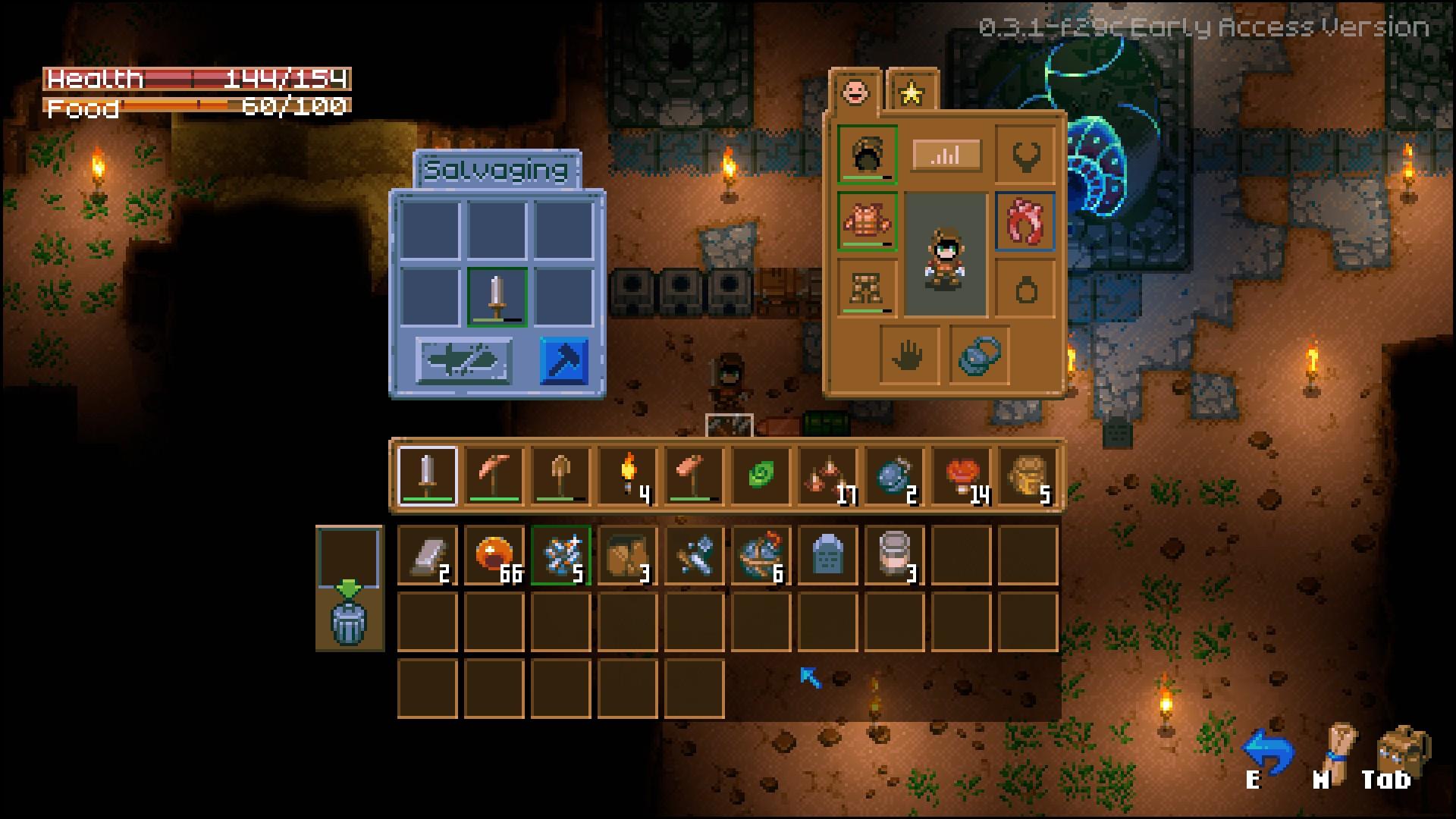 The main way to get Scrap Parts has to do with the salvaging system, but you can also loot them as well.

The way repairing works in Core Keeper is a little odd compared to other games, but it’s simple when you realize how. Before repairing anything, you’ll need to get Scrap Parts by following this next step. The Salvage and Repair Station window has six slots for placing tools, weapons, and armor that you’d like to get rid of.

If you have old gear or keep looting peasant armor that you have no use for, this is a good opportunity. You can then use the Salvage button that looks like a broken sword to salvage these items for Scrap Parts. While you can salvage a Wood Shovel, you’ll only get one Scrap Part. Compared to scrapping a Tin Sword for two Scrap Parts.

Use Scrap Parts to Repair Items 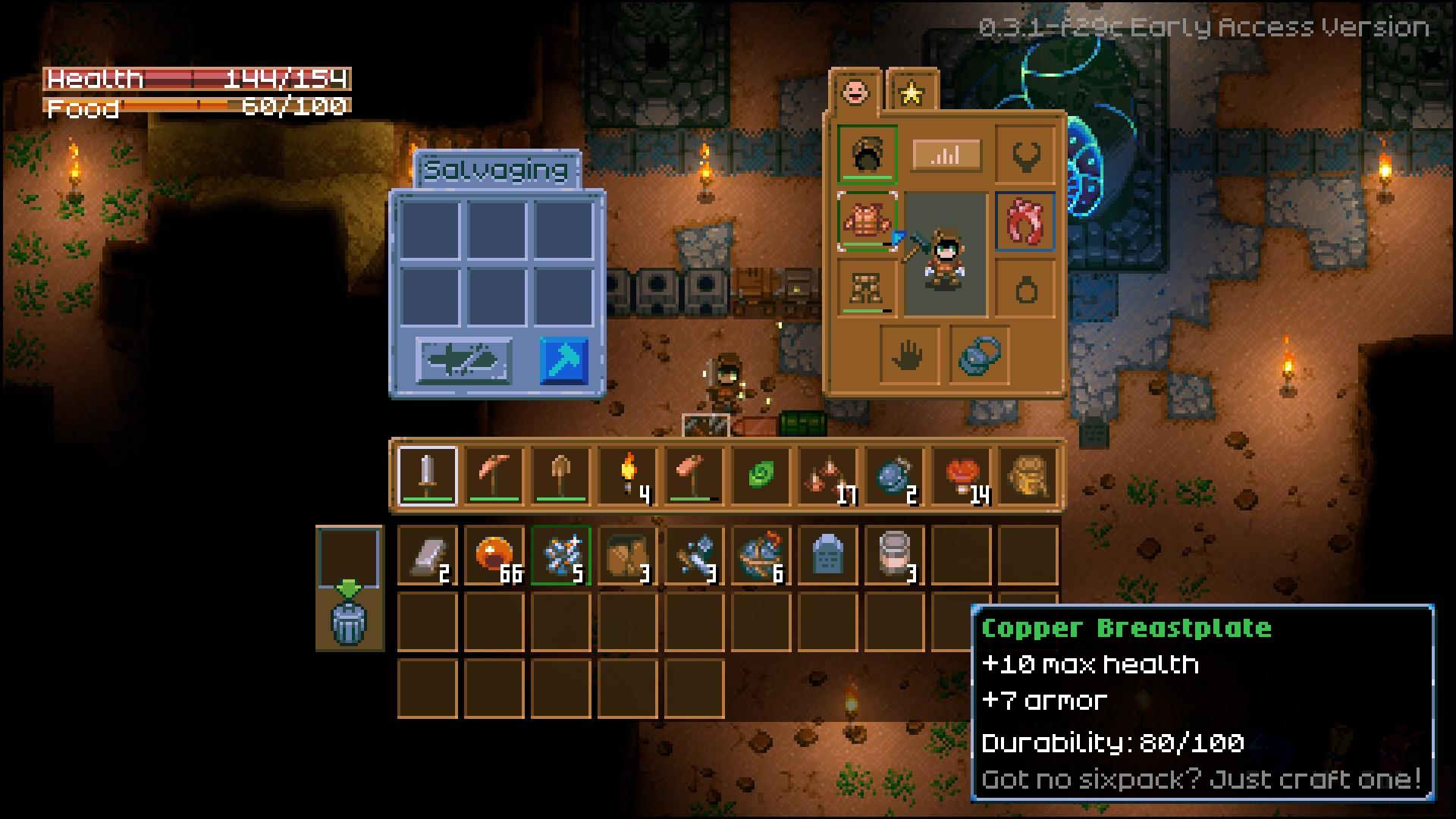 Repairing an item is almost always going to be cheaper than crafting it all over again. Especially with materials that can be tough to find like Tin Ore.

All you need is one Scrap Part to repair an item regardless of the tier. It’s possible this changes later on, but I’ve noticed it’s the case for the first few gear tiers. Now return to the Salvage and Repair Station without placing any gear into it. This time all you need to do is click the blue Repair button and click on what you want to repair.

If you don’t have any Scrap Parts in your inventory, this process won’t work. You may want to wait until what you’re repairing is almost broken or at least low. This is because it only costs one Scrap Part regardless. So unless you’re overflowing with them, you won’t want to waste it on repairing a tiny amount of durability. 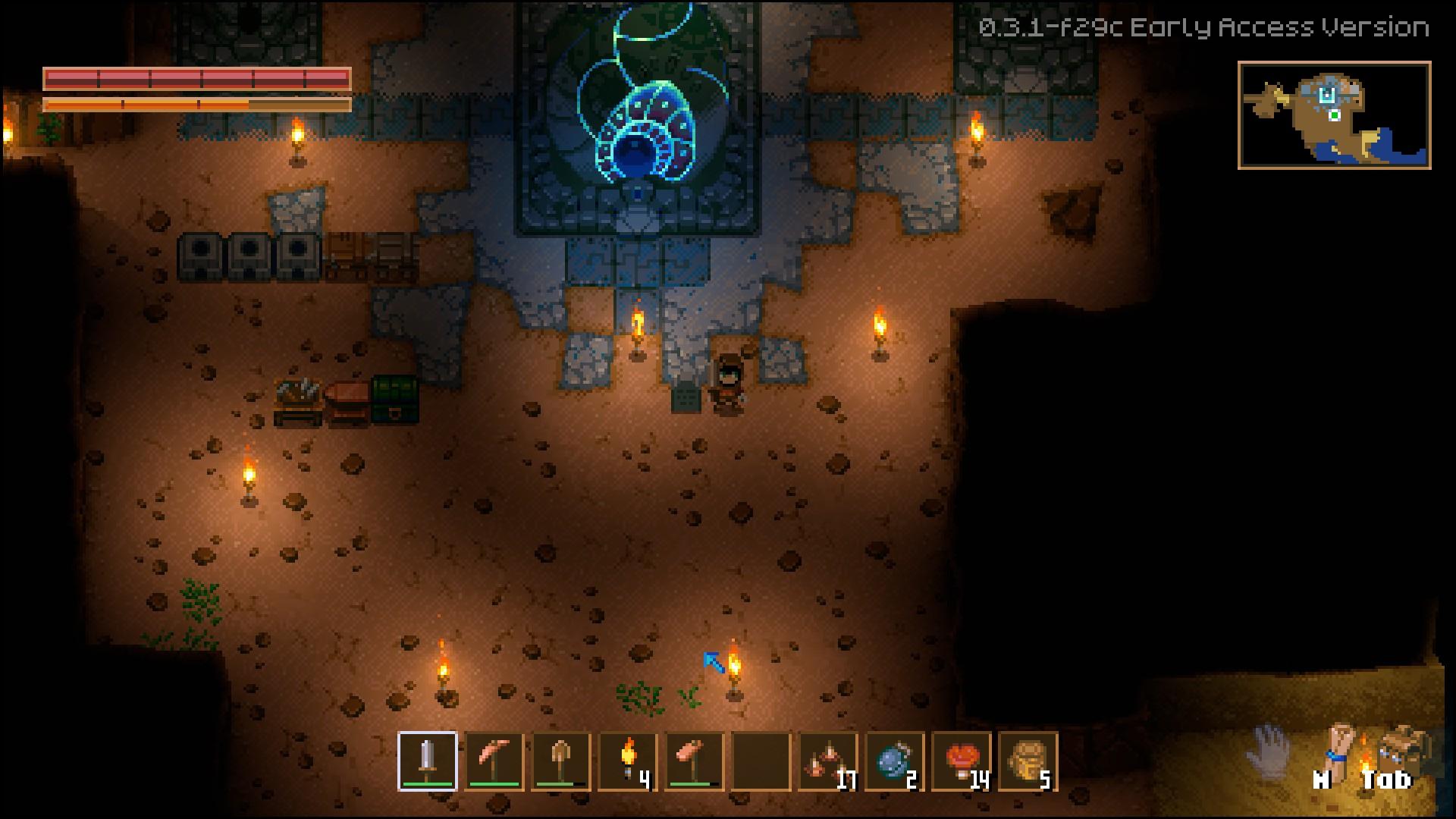 Decorate your base with tombstones or create a small cemetery if you find yourself dying a lot. Or if you’re playing with a bunch of friends you may have a ton to place.

That’s all there is to this Core Keeper guide on what happens when you die. I hope you learned something new about the death penalty and how to repair as well. This can be a great game to play with others or even alone. Make sure you also visit our other guide on How to Fish since it can be confusing.