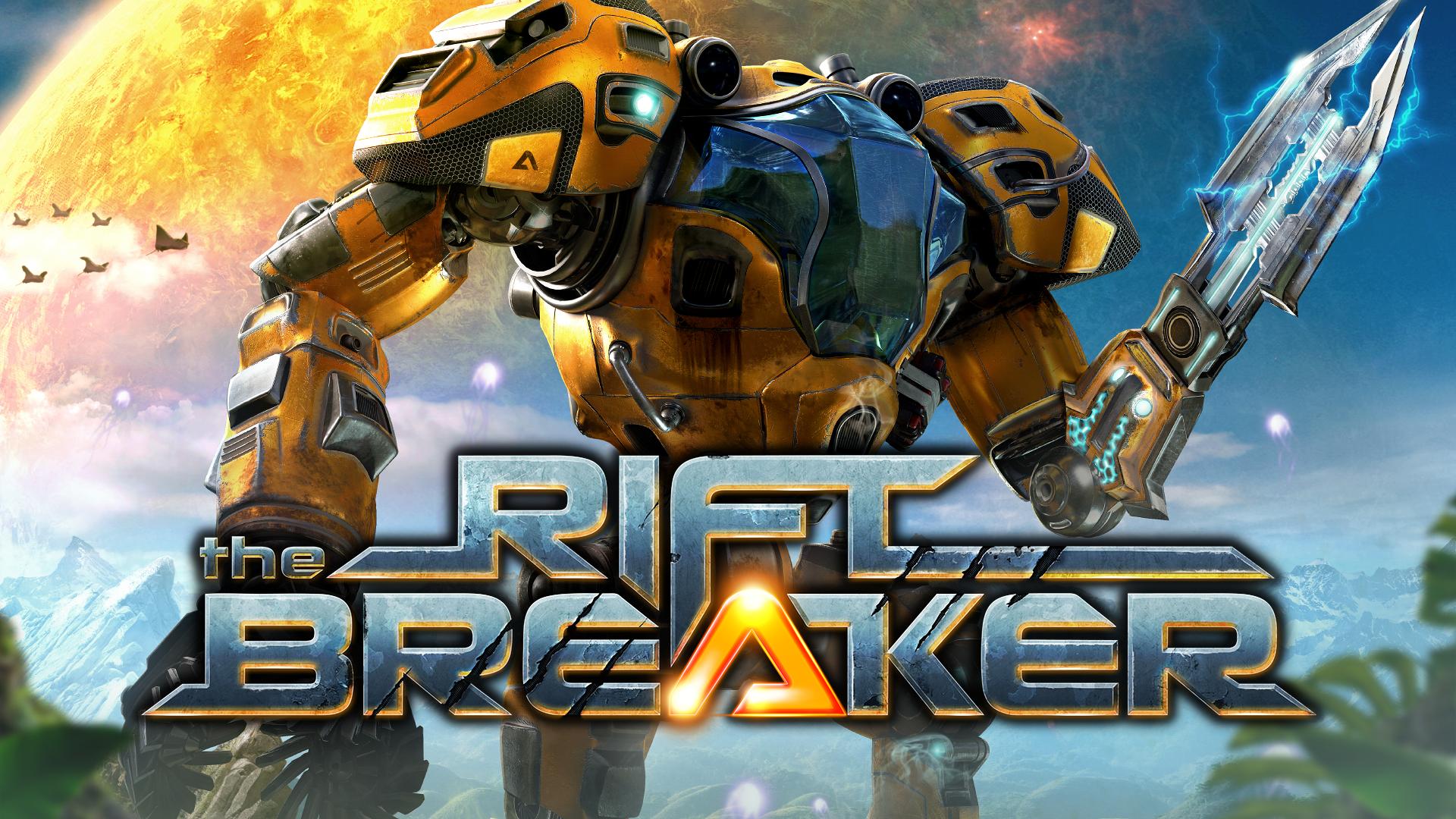 The Riftbreaker has an irritating save game error that completely prevents you from saving and/or leaving an area. This can lead to losing progress especially if you’ve extended the auto save timer. If you have the error, “The Riftbreaker: there was a problem with saving your game state: -2138898421” continue reading our guide on how to fix it. 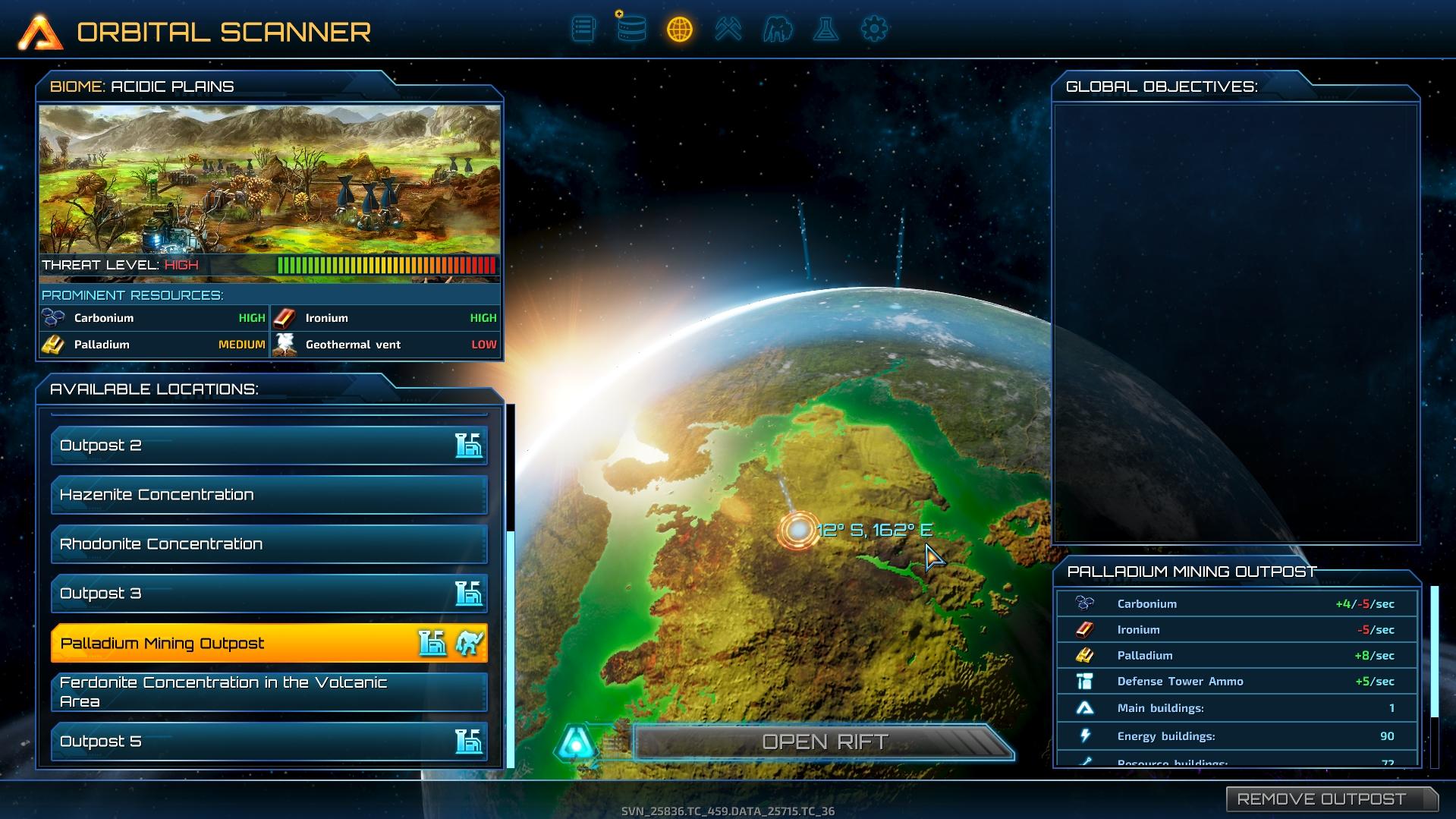 Chances are likely that you may have hit this save bug on the Palladium Mining Outpost mission.

While there are a few errors that seem to break saving or lead to corrupt saves, this is the one I’ve had luck fixing. Error -2138898421 occurs when you’re trying to set up a Palladium Mining Outpost in the Acidic Plains biome. Depending on how quickly you complete the mission, you may be more likely to hit this bug.

This mission sends you to the Acidic Plains where two Acid Yeast nests are spreading spores throughout the region. Eventually, it will overtake the entire map except for where you’ve placed Anticorrosive Floors. The massive amount of spores seems to overload The Riftbreaker somehow and this prevents any saving.

And since you can’t save, you can no longer teleport to a different outpost or base. This is because The Riftbreaker forces a save before changing regions. While you can try to load an old save, you’re more likely to run into the issue again moments later. 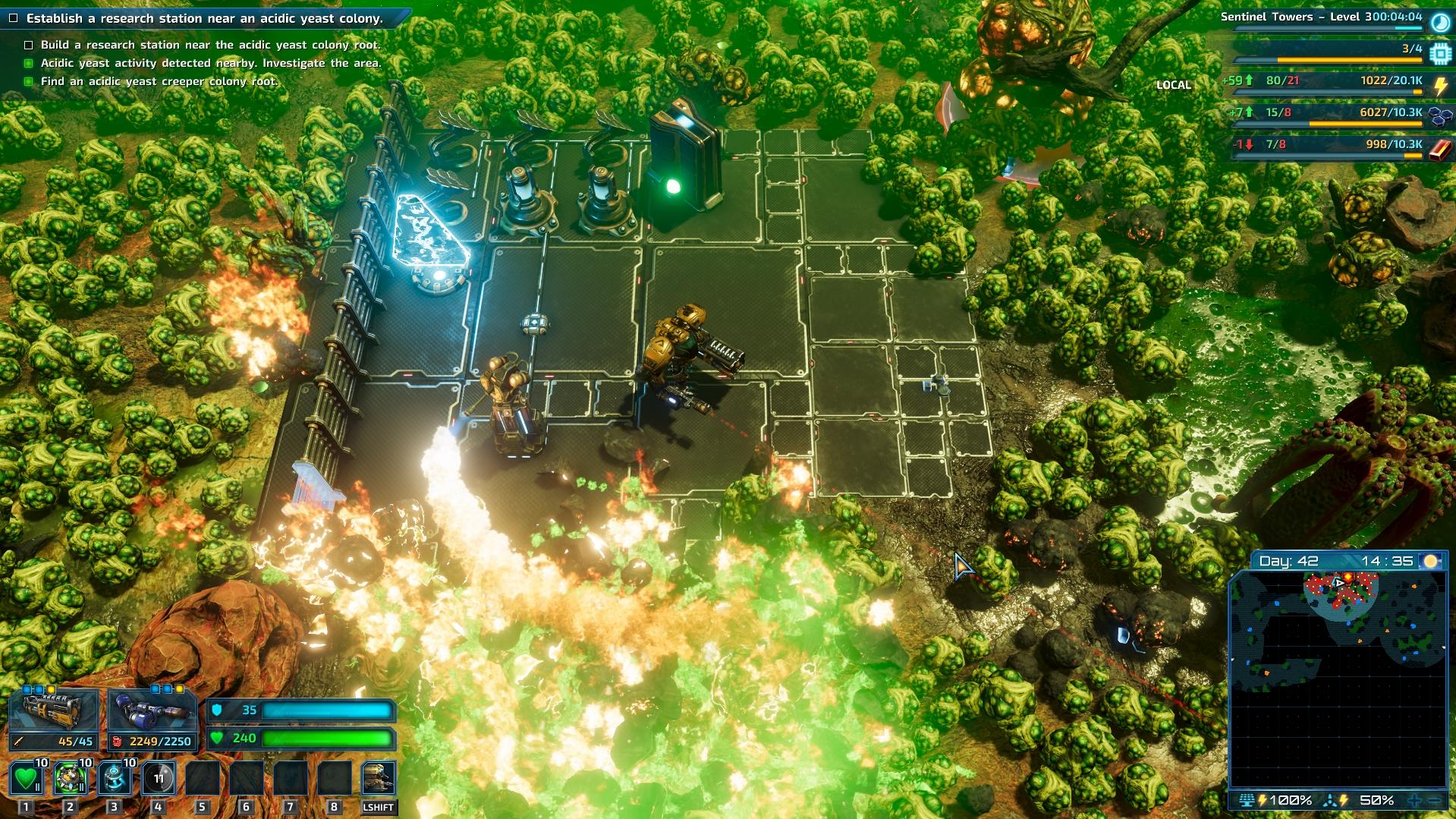 Make sure to follow the mission objectives immediately when you get into this region or at least start seting up Radars.

Here’s how to fix this save game error even though it can be a bit of a pain. First, you’re better off doing this from the start when the spores haven’t spread much yet. But, if you’ve already hit the bug I understand where you’re coming from. You’ll need to track down the two Acid Yeast nests and destroy them.

Destroying either of the two nests will start killing off spores in the area surrounding it. Once you’ve taken out both, the spores will diminish significantly and automatically fix the -2138898421 save error. However, the frustrating part can be tracking down each nest since only one is eventually marked. 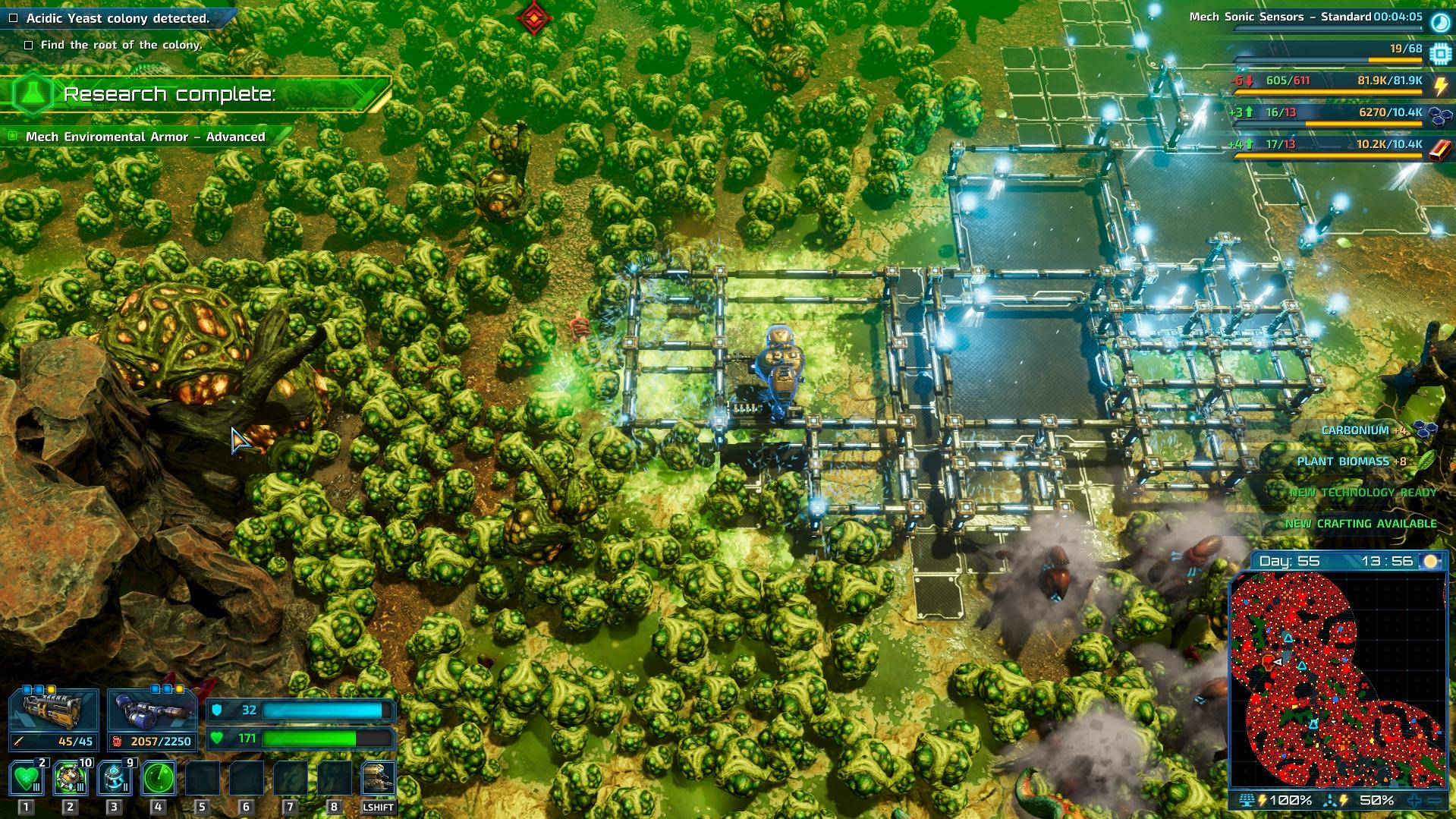 Tracking down the second Acid Yeast nest can be a pain, especially if you have spores everywhere already.

It’s also important to note that the nest location changes for each player. So you can’t simply look at someone else’s map to know where they are. You’ll need to follow the mission objectives until it leads you to one. Then, you can track down the other one by placing Radars around the map. A nest will appear as a red skull on the map when it comes into view.

This is why it’s much easier to prevent the -2138898421 from happening altogether instead. Once you reach the planet for making a Palladium Mining Outpost, immediately start placing Radars to find the nests. The unfortunate reality is that your typical Riftbreaker player has no reason to do this immediately, otherwise. 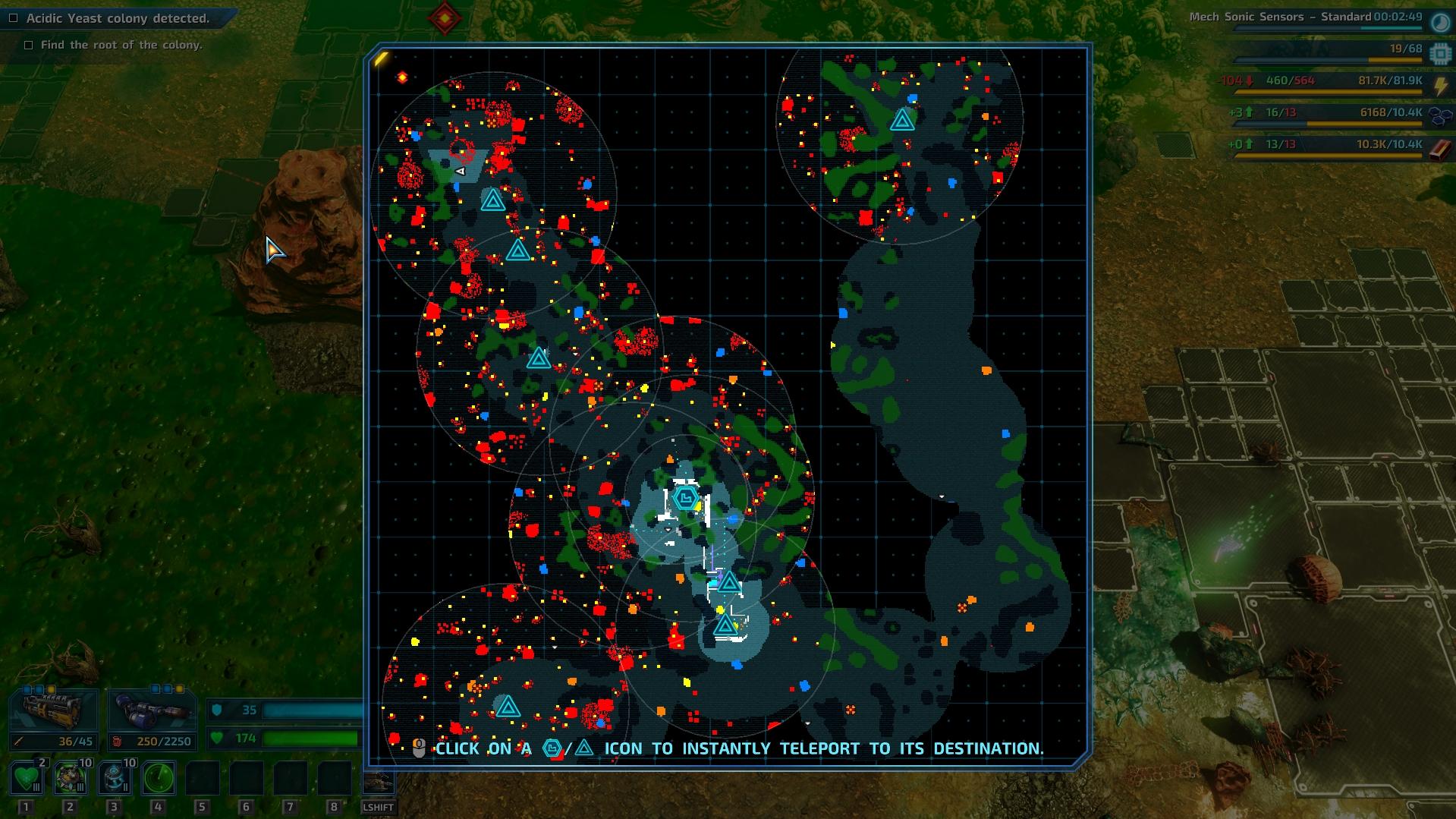 This map shows an example of the impact destroying one nest can make in fixing the save error -2138898421.

If you have any other questions for me regarding The Riftbreaker, feel free to comment below. I’ll do my best to help out if I’m able to. This is definitely a frustrating bug that is likely common too. For more guides on common questions, click any of the ones listed below.