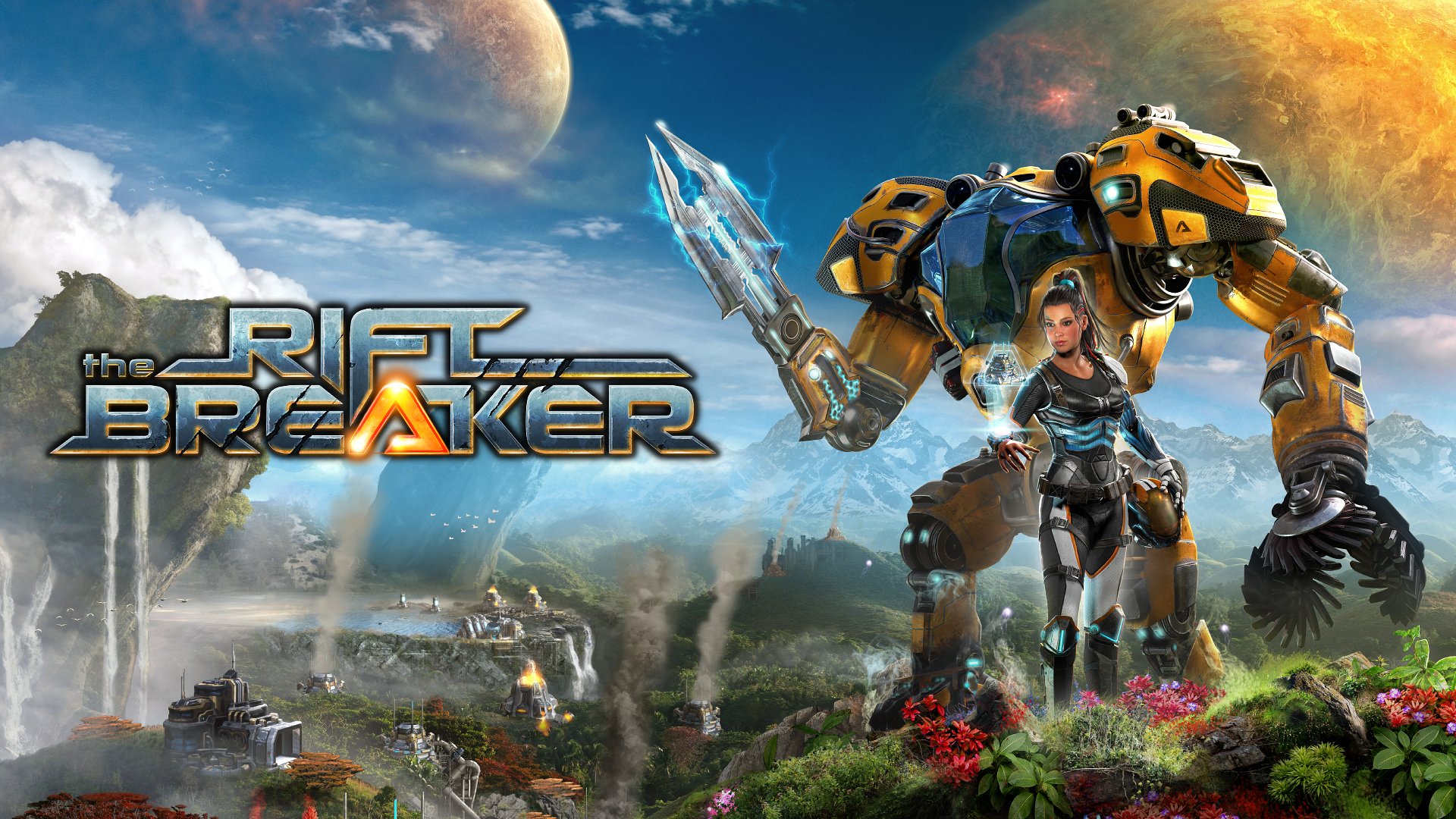 If you’ve only just started playing The Riftbreaker, you may be wondering how to use Rift Portals. These are a great way to teleport around a region quickly so you can respond to different attacks. Or simply to update a mining outpost that may have run out of minerals. Continue reading our guide below for a simple walkthrough of how Rift Portals work.

For those of you that may be looking for our guide on the endgame mission to activate the Rift Station, you can visit our guide on How to Use Rift Station. Otherwise, continue reading below for how to teleport across the map.

How to Use Rift Portals in The Riftbreaker 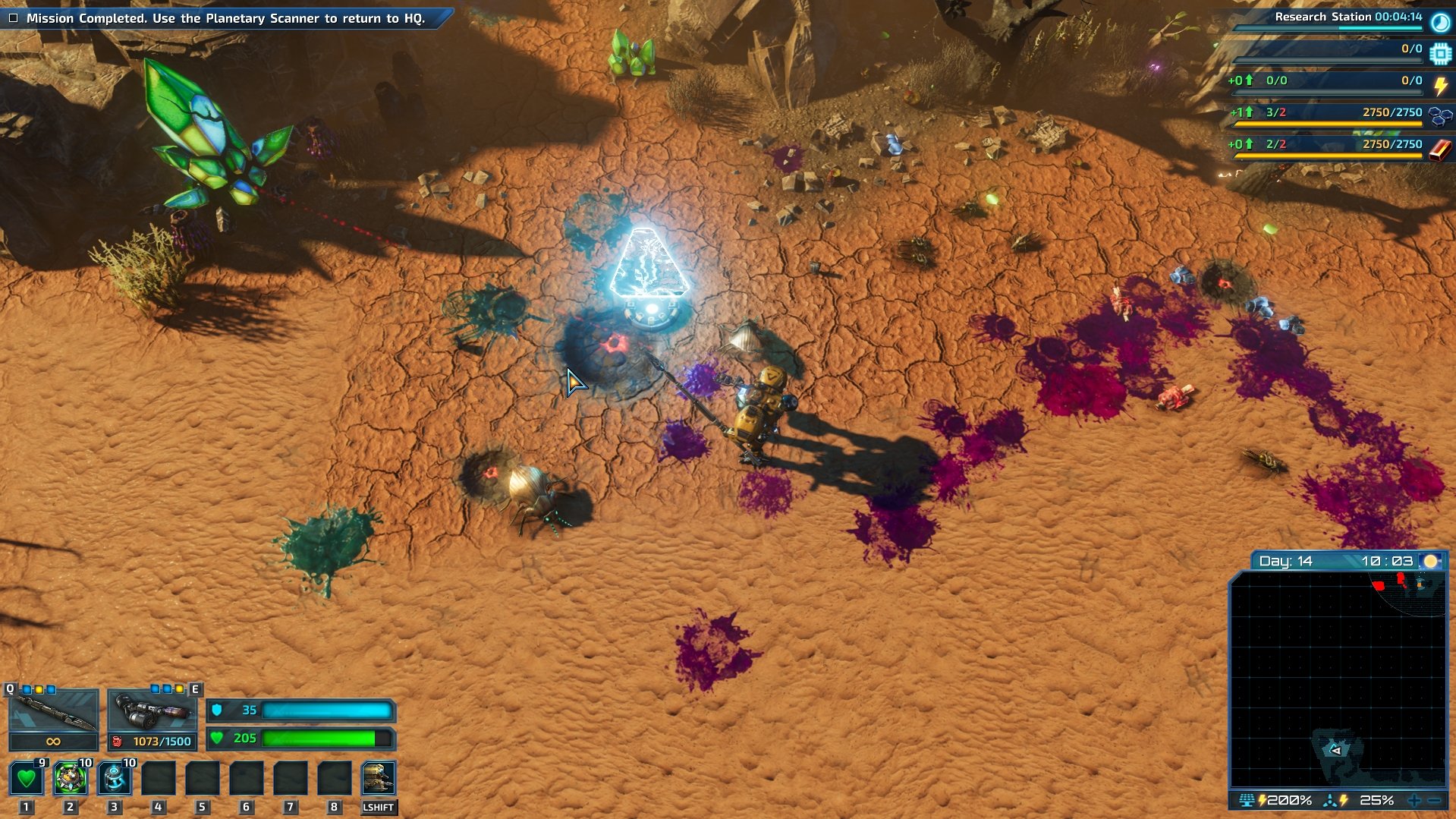 Placing portals are useful for getting around but also returning to a body if you drop a weapon.

Rift Portals are immediately available from the start of the game so you don’t need to research anything to unlock them, fortunately. This is a major plus since they’re cheap and make a huge impact. Before you can start teleporting around the map, you’ll need to place a portal. This only costs 25 Carbonium to build.

So even if you’re in a different region without mining outposts setup, you can gather that Carbonium up quickly. For those playing on PC, the hotkey by default to place a Rift Portal is “V”. Now you’ll be able to use this one and any other portals, outposts, and/or headquarters to teleport. The neat trick to this system in The Riftbreaker is you don’t need to be near one to use it. 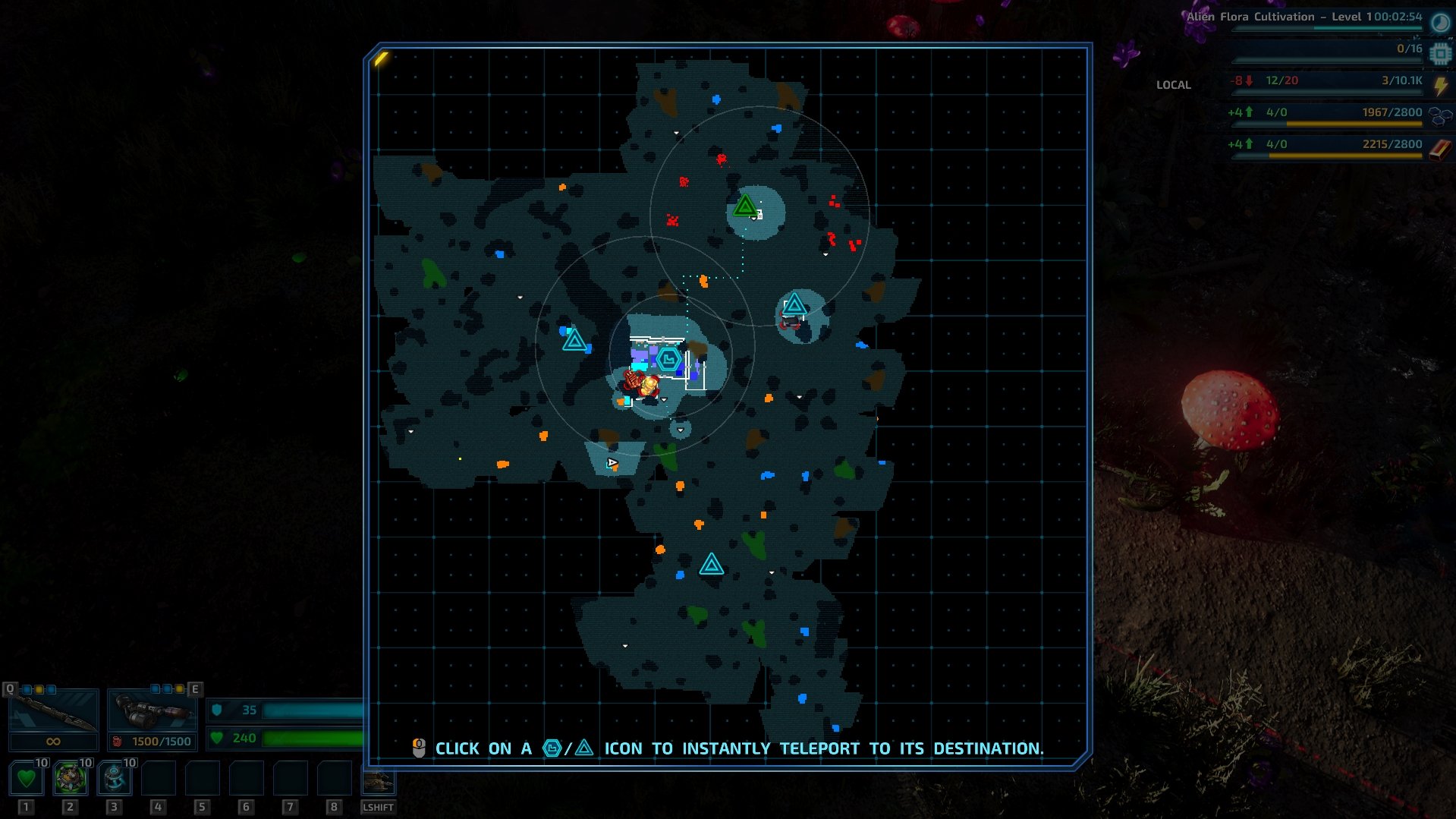 The button for opening the map will vary depending on what platform you’re playing The Riftbreaker on.

All you have to do is open the map using “Tab” or “M” on PC and click the portal you want to use. As mentioned previously, all outposts and headquarters will have a portal already available so you don’t need to create one near them. They’re represented as blue hexagons on the map while others are shown as blue triangles. 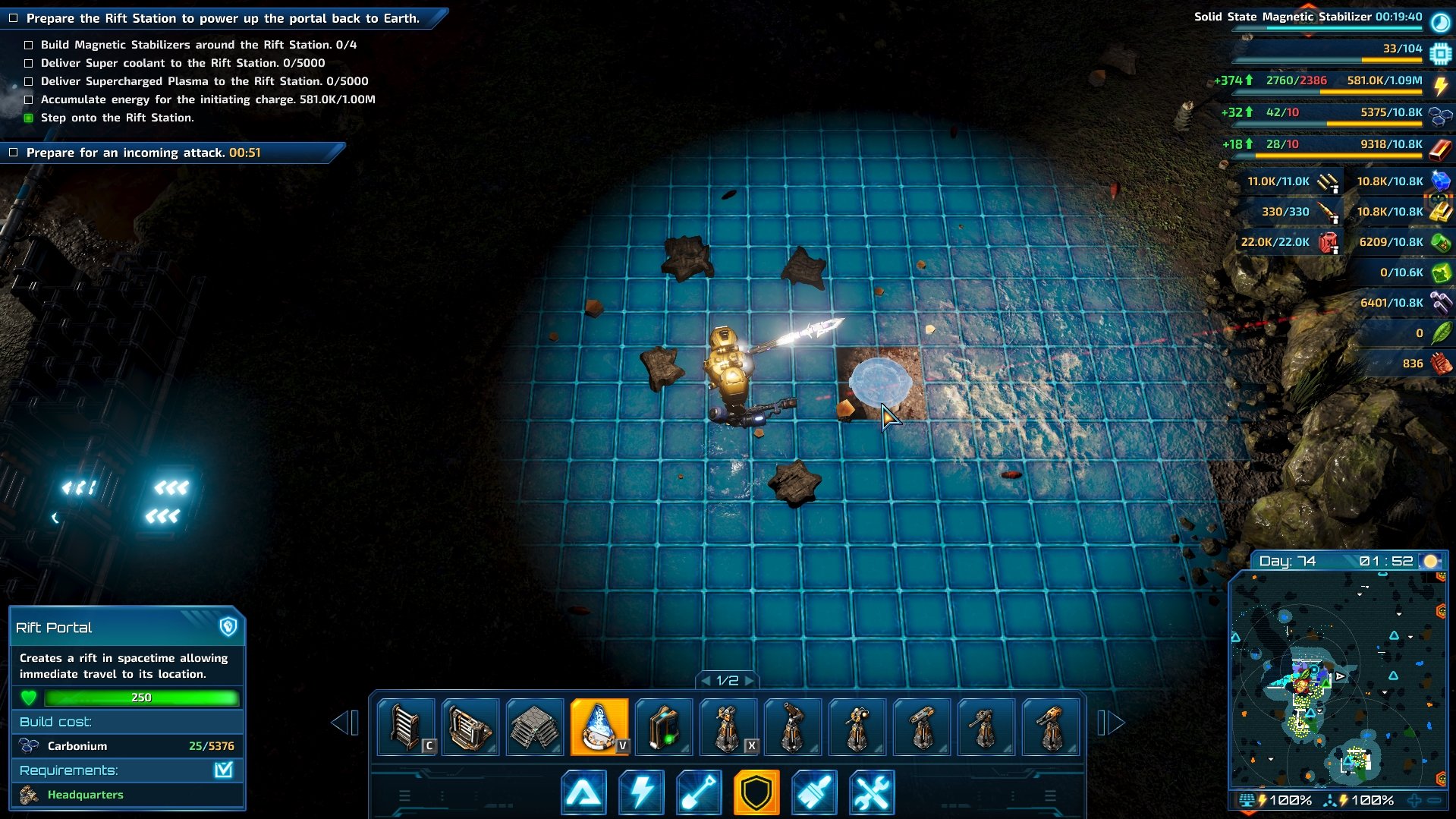 Since Rift Portals are cheap and don’t require power, try not to worry too much about losing them.

Teleporting is practically instant so this can also be a neat trick for getting out of a sticky situation quickly. Or if you’re jumping between bases being attacked by an invading swarm. Make sure you have a few around your main base so you can easily get around. Especially when you’re relying on vulnerable energy sources.

Another reason you may want to teleport back to a base or outpost is to heal back up. You’ll restore health quickly instead of having to rely on an Instant Repair ability. This leads to another important tip for using Rift Portals if you’re worried about getting back to where you teleported from. 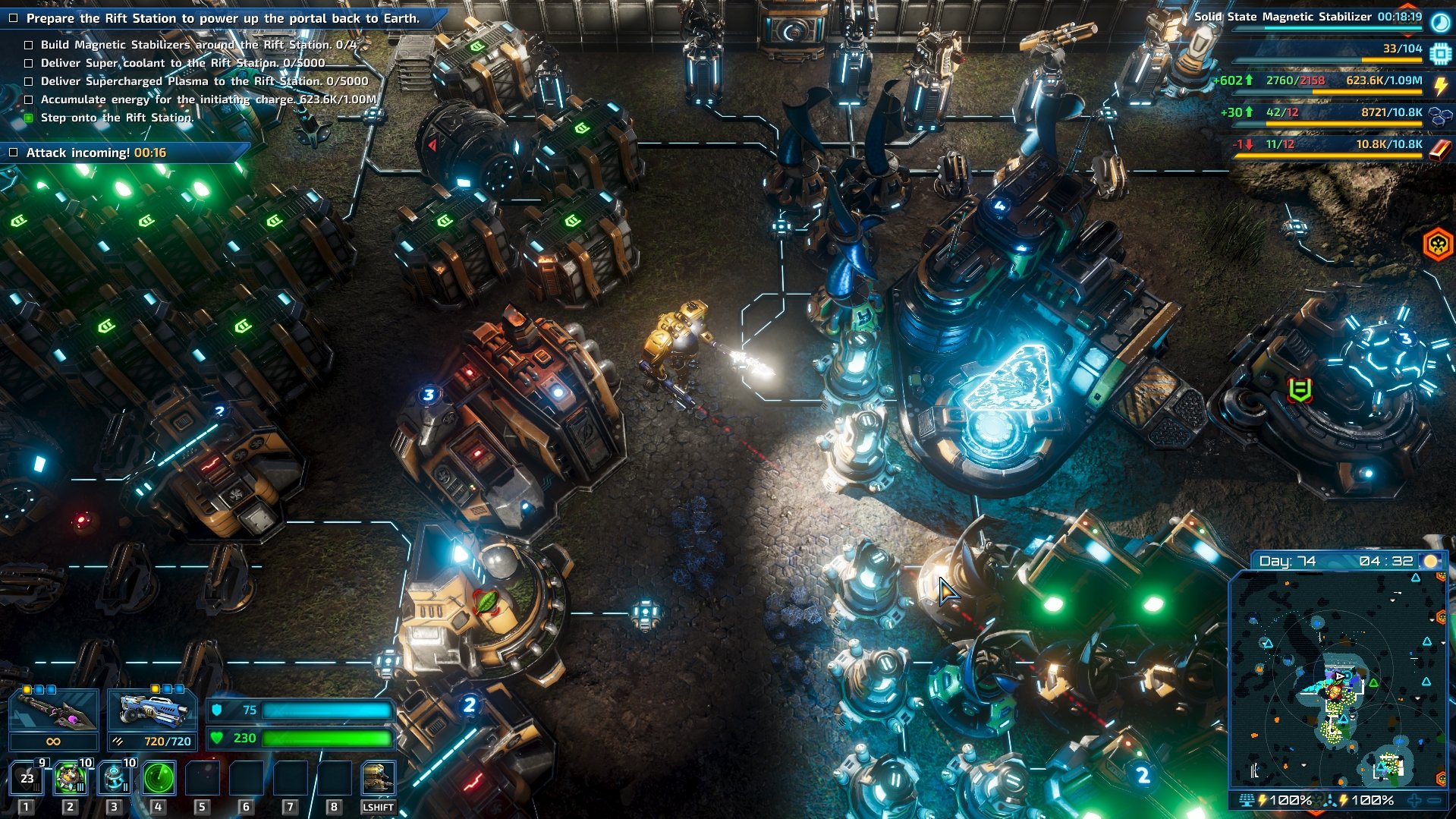 Returning to your base to get some health can be a gamechanger during an attack.

Every time you teleport to a Rift Portal or base, you’ll leave behind a green rift to teleport back to. It doesn’t matter if you’re standing next to a portal already and then that gets destroyed by an alien. That green rift will remain until you teleport somewhere else. It may have a timer, but I’m not positive off-hand.

Similar to anytime you teleport, a rift will be left behind even when using the green one. This is always great for a backup plan if you need to get out of somewhere quickly but don’t have another portal nearby. 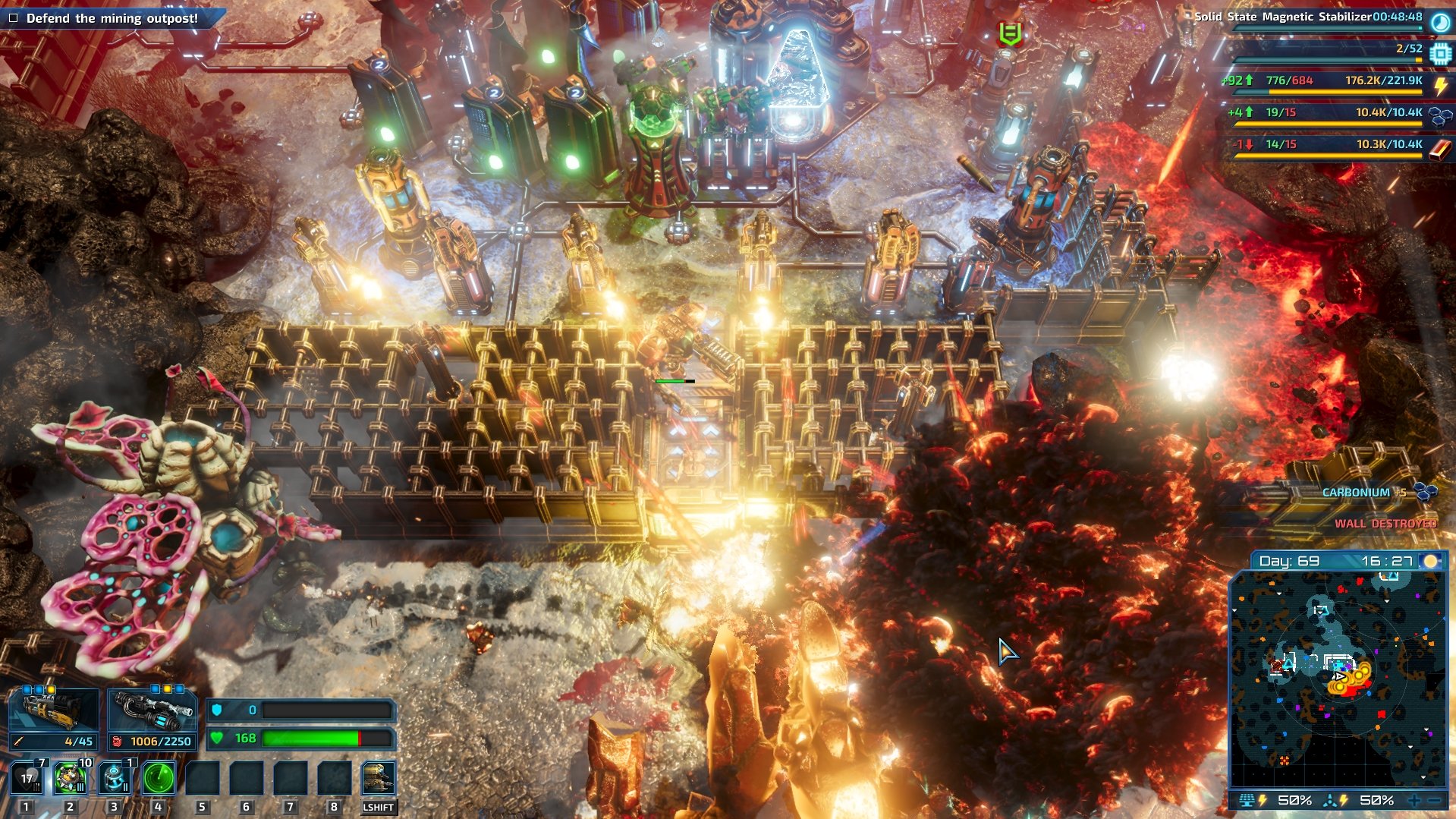 Alien invasions can quickly lead to disaster so make sure you’re well prepared.

If you have any other questions about The Riftbreaker or a part you’re struggling with, feel free to ask for advice below. I’ll do my best to help out in the comments if I can. There are definitely some tough and confusing parts that can throw you off.