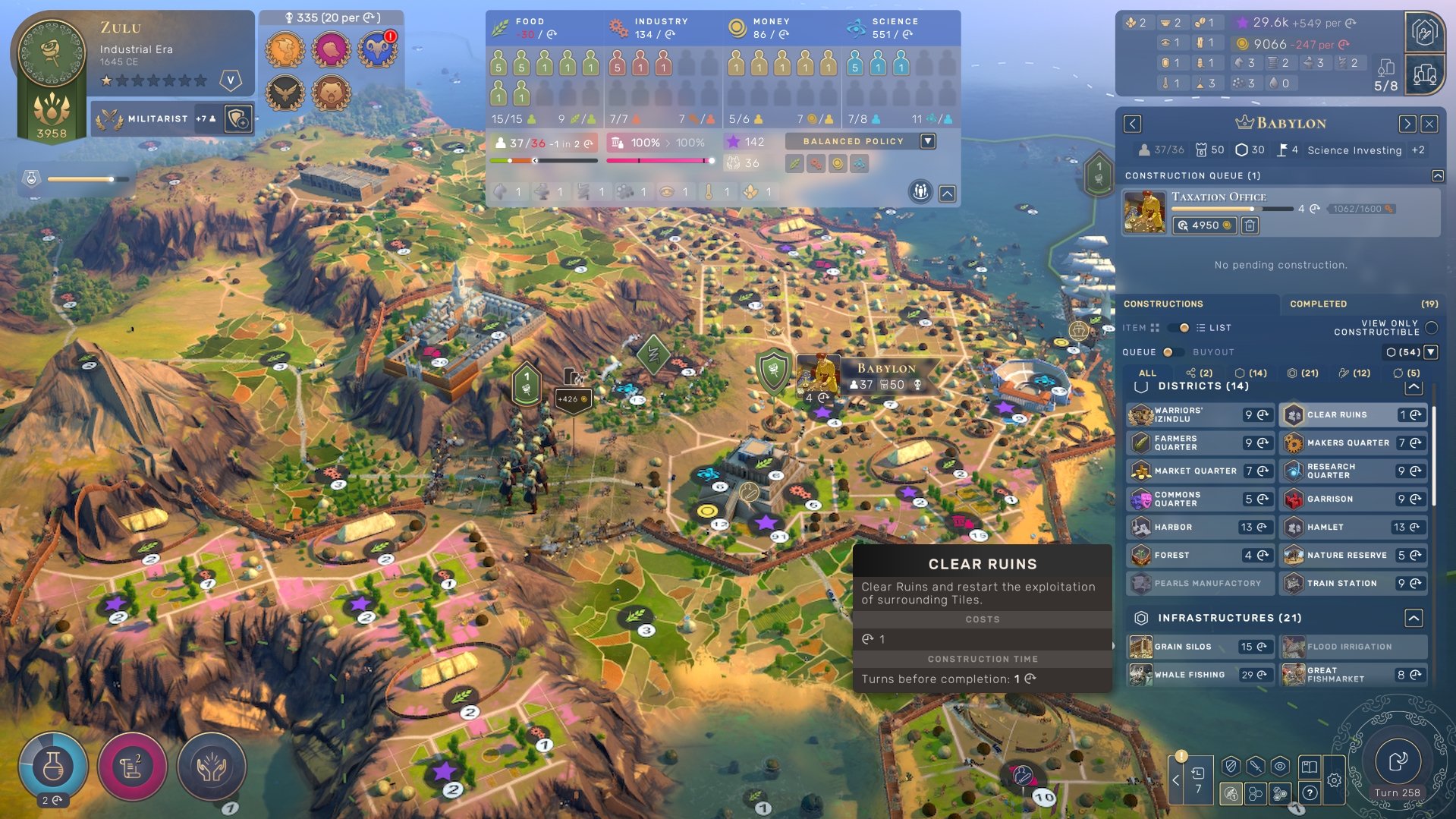 While playing Humankind you may have come across a “Clear Ruins” city option without quite knowing what it is. Ruins can appear in your city for a number of reasons that I’ll go over quickly in this short guide. Continue reading below to see what they look like and how they’re created.

What Are Ruins in Humankind?

This is a type of tile left behind when a district completely runs out of health. The most likely reason a district will ever convert to ruins is often from a unit ransacking it. This can be an annoying way to irritate another player while also getting some rewards from this mechanic. Depending on how far you are into a Humankind run, you can get a few hundred money from it.

If you have a tile with ruins within the territory of one of your cities, you’ll have an option to Clear Ruins. This is under the Districts section where it always takes one turn to complete. Unlike other buildings in Humankind, this doesn’t require any Industry to complete. The one unfortunate part of clearing ruins is that the original district will still be gone. 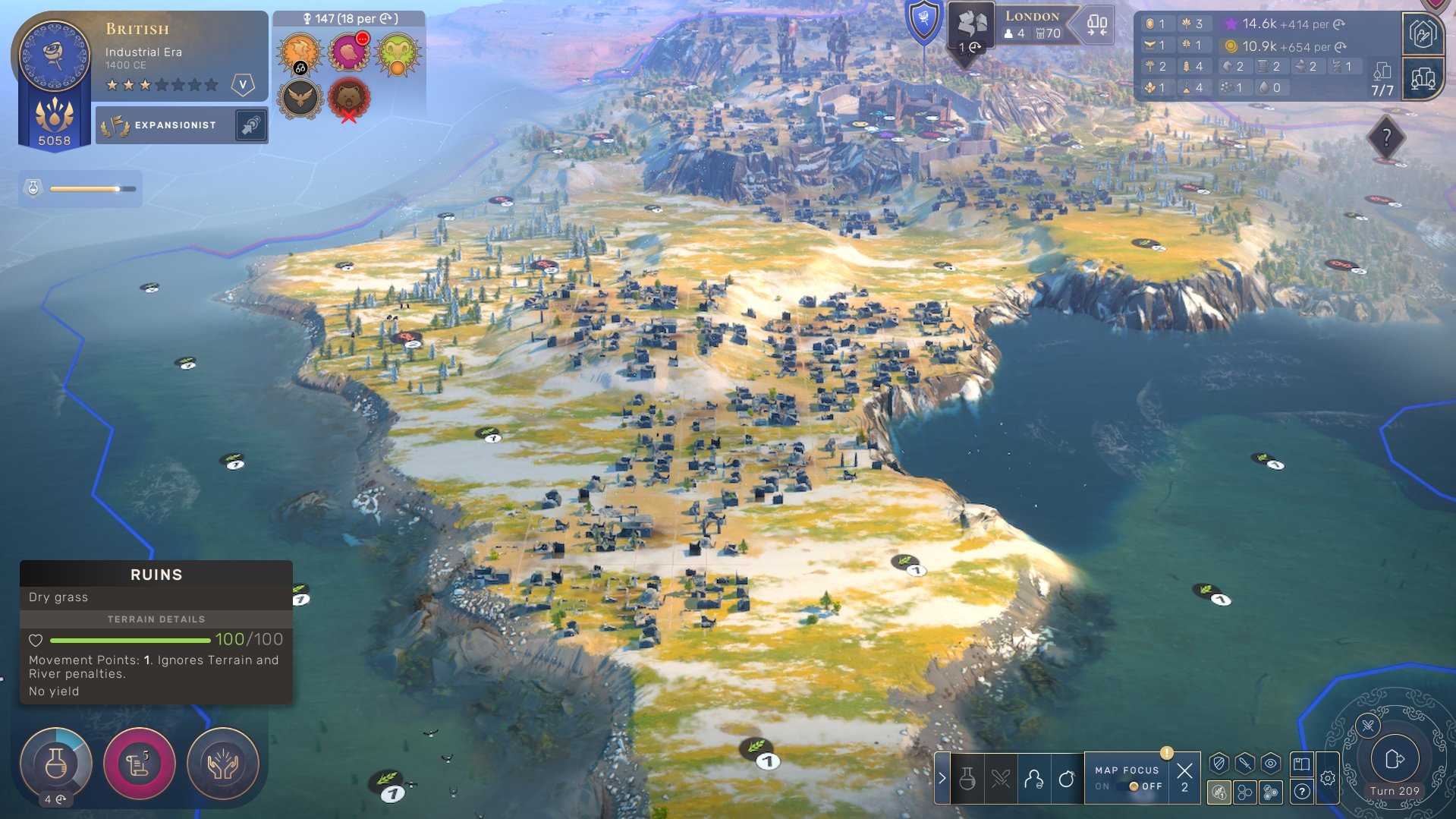 Several ruins left behind can be a pain to clear if they’re covering valuable territory.

This is how you can definitely hinder other empires from advancing depending on what districts you destroy. For example, destroying several Farmers Quarters to starve a city. Or taking out their strategic resources preventing them from making strong units during a war.

Ruins can be difficult to find if you need to clear out a random tile inside a large empire. This is why it’s important to keep an eye out for a notification when someone has ransacked your territory. While you can look for ruins shown in the above screenshot, they’re not always easy to find. Due to how Humankind works, you can’t simply click the “Clear Ruins” button and it’ll work. You need to find the specific tile.

Turning an Entire City Into Ruins 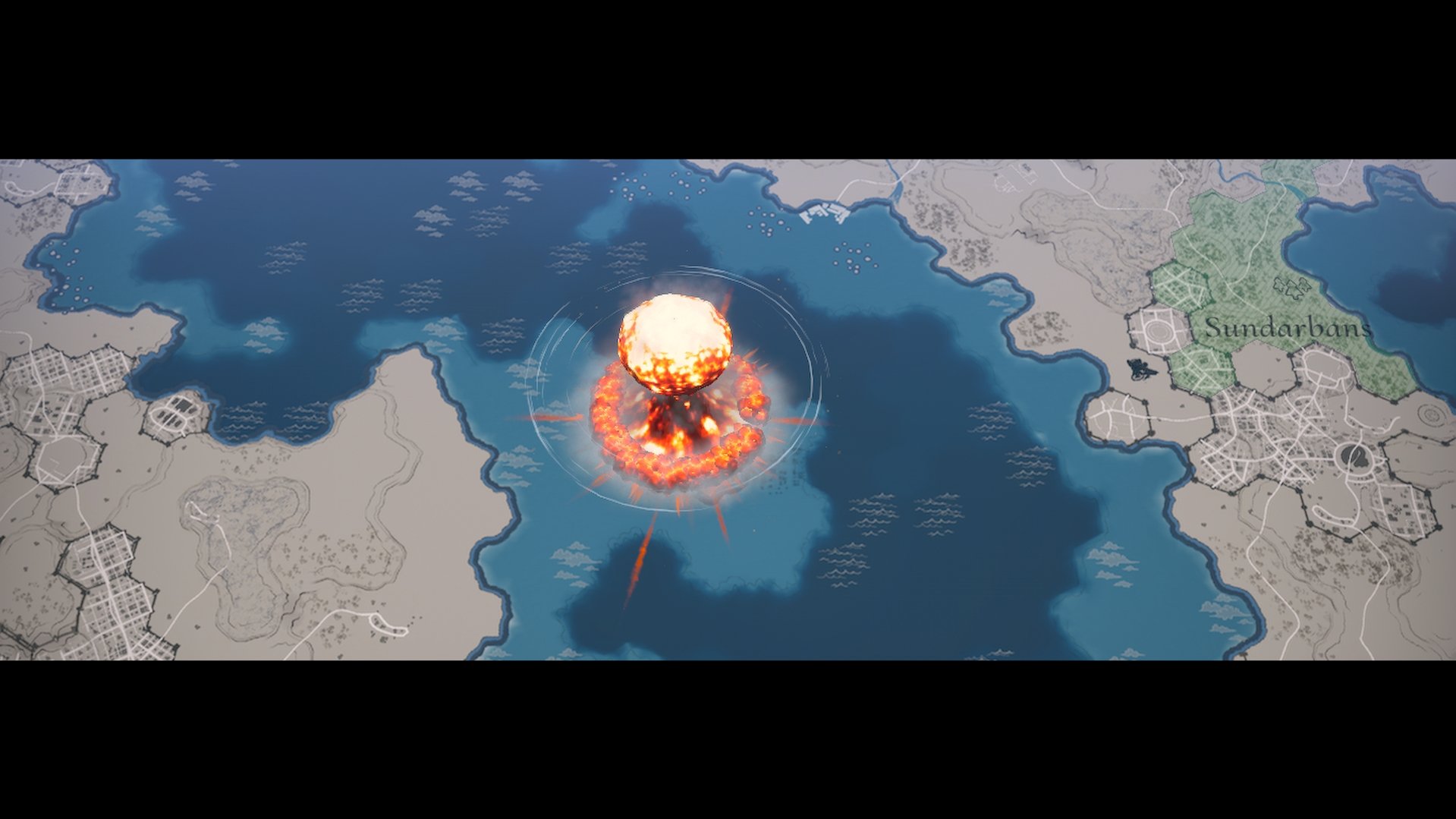 If you want to completely destroy an area and turn it into ruins, nukes are your way to go.

The other major method of creating ruins in Humankind is to nuke a city. This will convert every district attached to that city. If you don’t plan on replacing it with one of your own, this is definitely a strong option to slow them down. There’s no quick way to recover from a destroyed city surrounded by ruins to clear.

For those wondering how ransacking a city center with units works, it only turns the city center into ruins. This still leaves the rest of the districts surrounding it alive. However, an in-game description implies that those districts may decay over time until the territory is claimed. Even if you simply claim the region with an outpost. 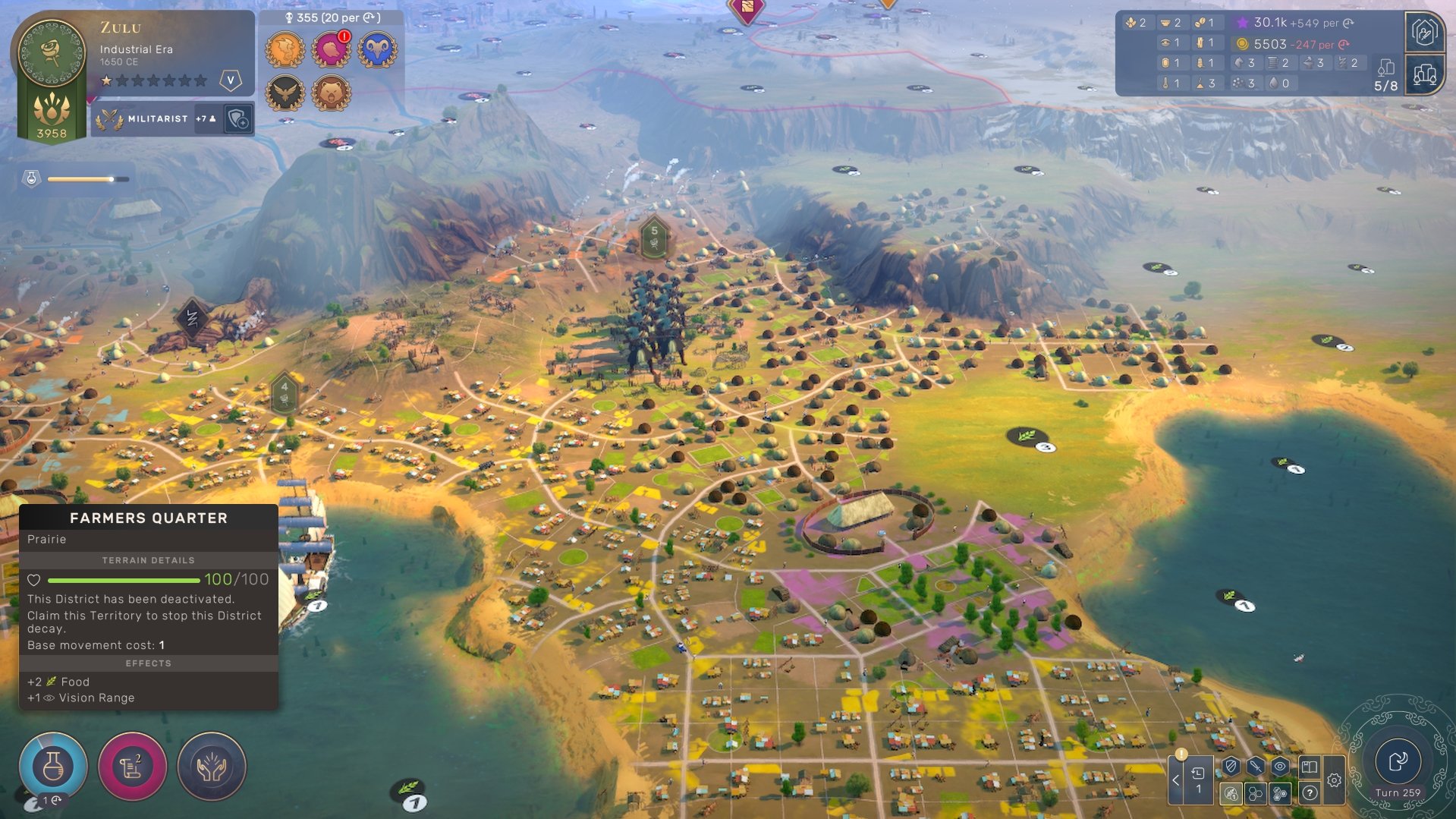 Ransacking a city center and replacing it with your own city can work well for a strong start.

With that said, I’ve tested this system to see if they decay over several turns and haven’t had anything happen. It’s possible it takes even longer or that this isn’t an implemented mechanic. Despite the in-game description making it seem so. Otherwise, one other method for destroying districts is using Bombard units such as Siege Artillery.

That’s all there is to our guide on what ruins are and how they work. If you have any other Humankind questions, comment below the guide for help. For more guides on popular questions, take a look below.