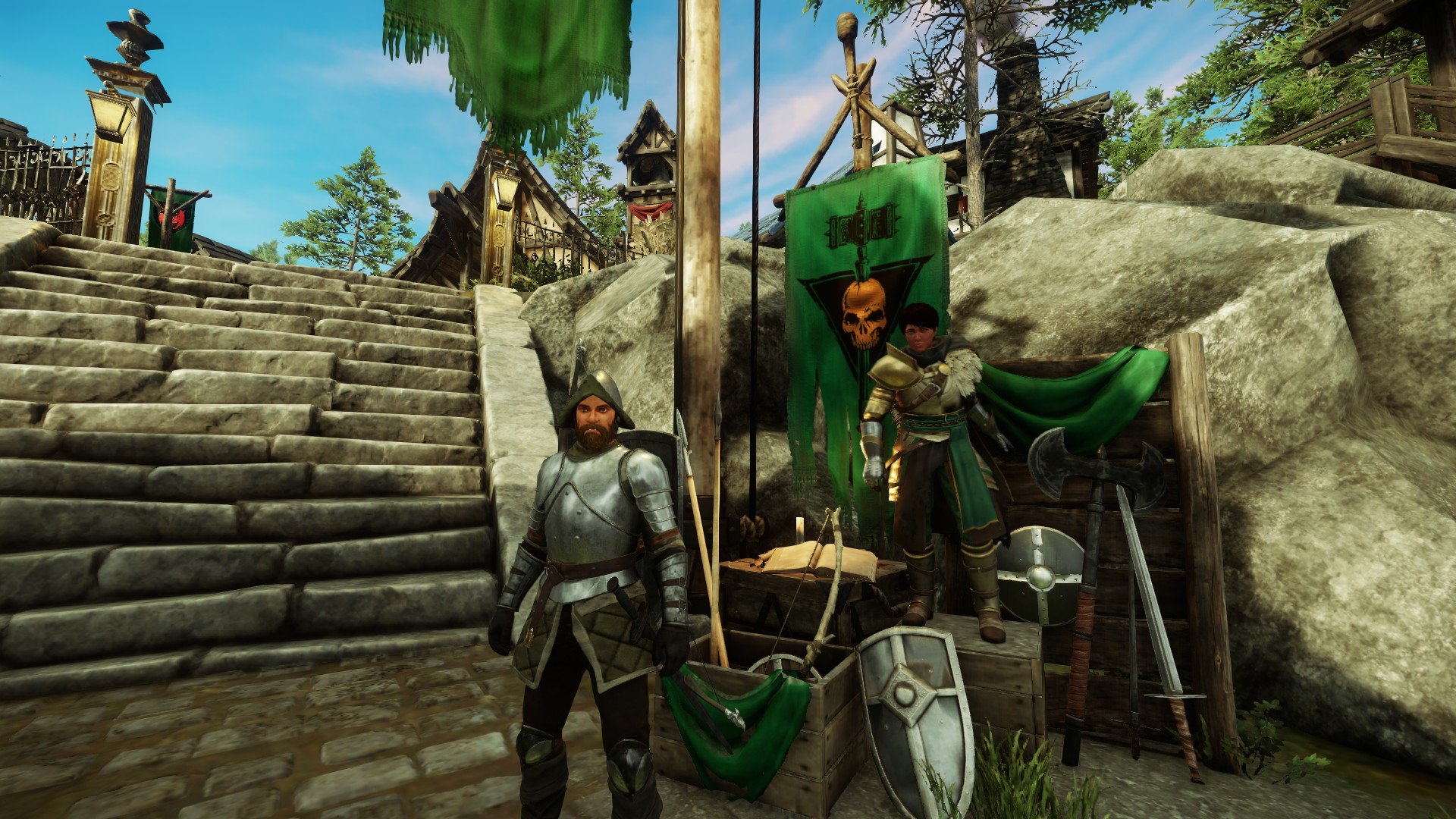 Earning faction reputation in New World is important so you can continue unlocking stronger gear. There’s currently some confusion in the community over how it works since the game doesn’t make it clear. The first rank locks your reputation at 3,000 preventing you from getting any higher. Continue reading our guide on how to unlock that faction cap.

Once you make a little progress in this MMORPG, you’ll get the opportunity to join a faction. Most of you here have probably already done so. Over time, you’ll gain faction reputation from completing faction quests and open-world PvP. This helps with reaching higher ranks where you can get higher-level weapons and armor.

While it may seem faction reputation is locked at 3,000, it isn’t. First, you’ll need to reach 3,000 reputation regardless of which one you’re in. You may already have a quest that tells you to do this without saying much else. Once you reach that cap, you’ll either get a quest immediately or need to visit a faction representative. You can find one in any settlement.

Now you’ll have two quests that revolve around reaching the next rank. One will still simply talk about your reputation that you can ignore. While the other will likely tell you to go somewhere for a challenge.

For example, the first rank quest for the Marauders is Trial of the Gladiator. This sends you to Cutless Keys where you’ll need to speak with the faction representative there. However, they won’t give you the quest unless you’re level 24. Afterward, they’ll update your quest sending you to the Monarch’s Bluff region. Once you kill a boss here, you’ll immediately rise in rank to Gladiator.

I haven’t experimented with every faction, so I can’t say the exact steps for each. But it’s likely they all follow a similar path. Even though they may send you to different areas. Feel free to share your experiences in the comments if you want to help others.

Regardless of which faction you joined in New World, they all have the same ranks and reputation required for each. Here’s a quick rundown of each and how much you need to reach it.

Make sure you check your representative in town every time you rank up so you can get new gear. This is why it’s easily worth completing the faction quests for tokens so you can buy strong weapons and armor. Keep in mind, you can still work on PvE missions if you’d prefer to not toggle on for PvP ones. You can also work on PvE missions with other factions.

Another great way to get tokens if you don’t mind PvP is to fight other players. You can earn several hundred tokens and experience for each player kill depending on how long they’ve been alive. I wouldn’t recommend ganking low-level players, but keeping PvP toggled while searching for a fight. Or you can visit the PvP mission areas to try and find people.

If you have any other New World questions for me, feel free to ask in the comments below. I’m happy to try and help if I can. Otherwise, be sure to visit other useful guides here at Slyther Games listed below.