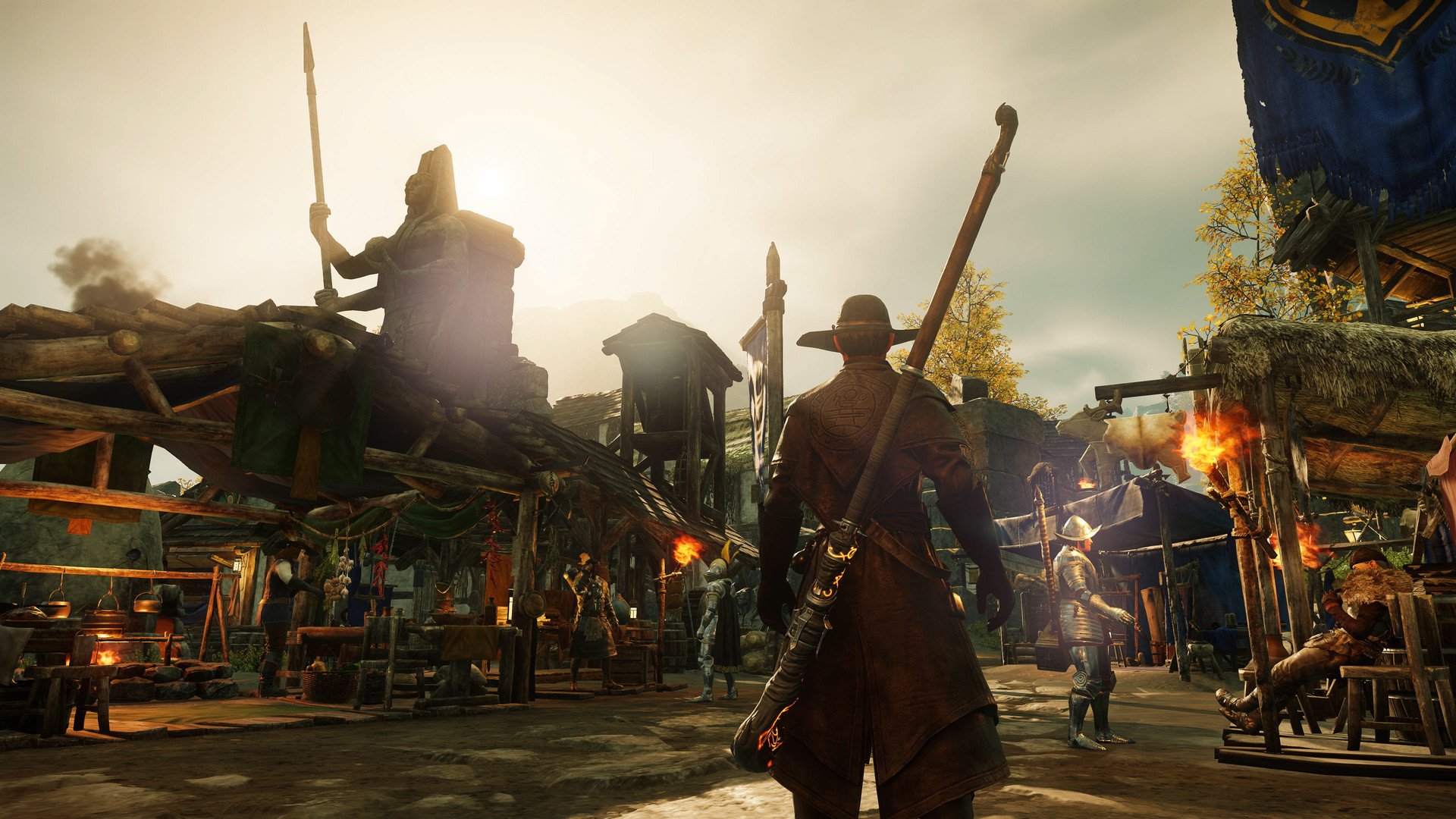 Your goal may be to never die in New World, but it’s bound to happen eventually. Whether that’s dying from a high-level skeleton or a player ganking you in PvP. This is why it’s important to know what happens when you die so you’re prepared.

Our guide below covers the two different death penalties depending on how it happens. Fortunately, New World is one of the more generous MMORPGs and games in general. Especially in PvP, when certain games love to make you drop items on death.

What Happens When You Die in New World 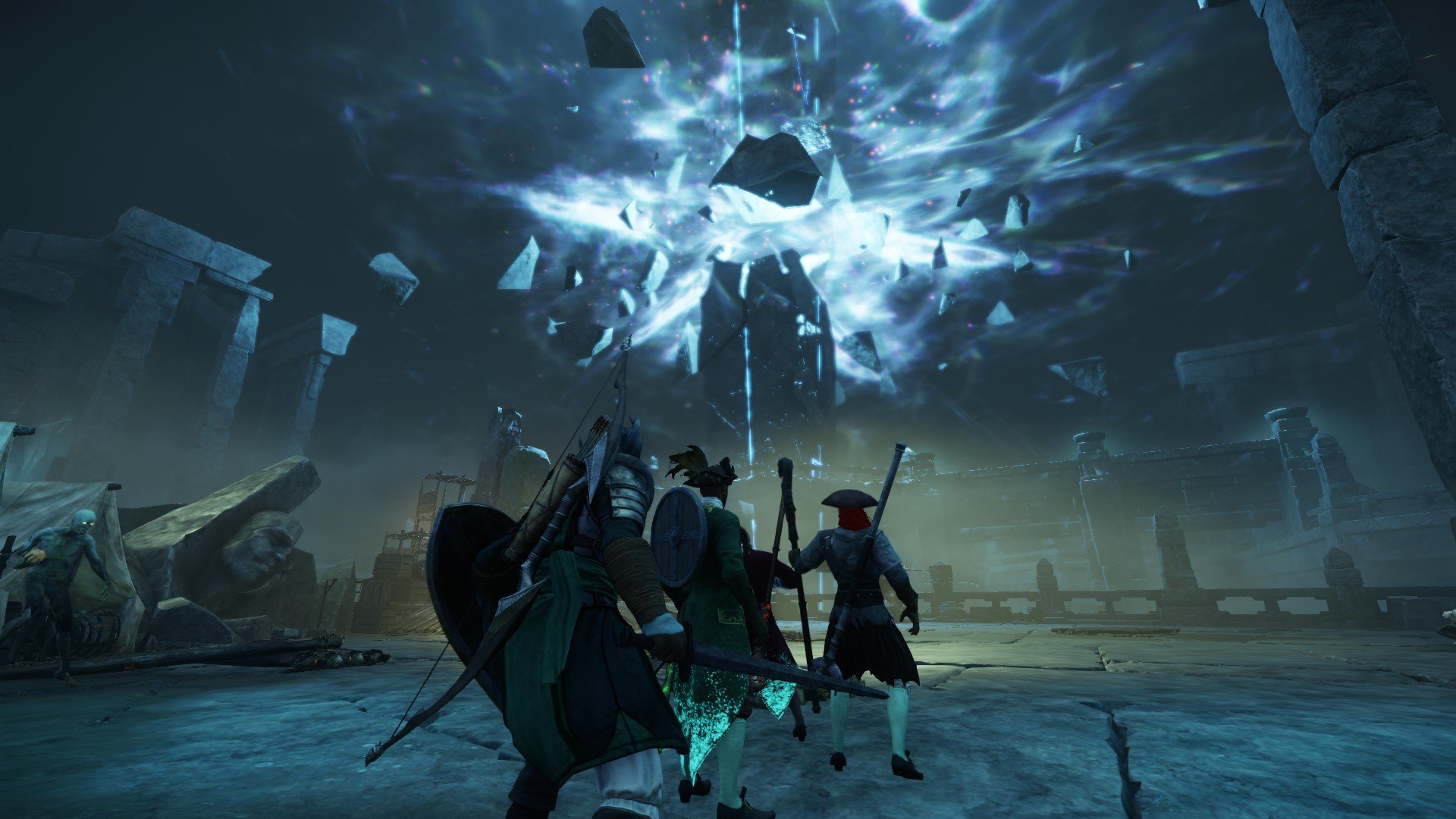 Be careful when wandering through new regions or dungeons for the first time that have tough enemies.

Unlike many other games, the penalty for dying to creatures (PvE) is more than dying to players. For those unfamiliar with the acronym PvE, this refers to Player versus Environment. This represents anything that isn’t another player attacking you.

If you die to a creature, from fall damage, or any other PvE element, your equipment will lose some durability. This applies to both items equipped and also in your inventory. So try not to haul around too many weapons and armor if you’re not using them. At most, I like to keep an extra weapon like a Life Staff if I’m healing a friend. Even though it’s not my primary weapon.

This is why it’s important to toss extra gear into storage every so often. You’ll find that quests frequently have you revisit settlements for your reward. This is always a good opportunity to stash extra gear or sell it at the Trading Post.

A quick tip worth mentioning is that the main questline sometimes has you wander through tough regions. Usually, it’s merely adjacent to where you need to go. But, that can be enough for a high-level enemy to ruin your day in one or two hits. Fortunately, you can outrun most enemies. 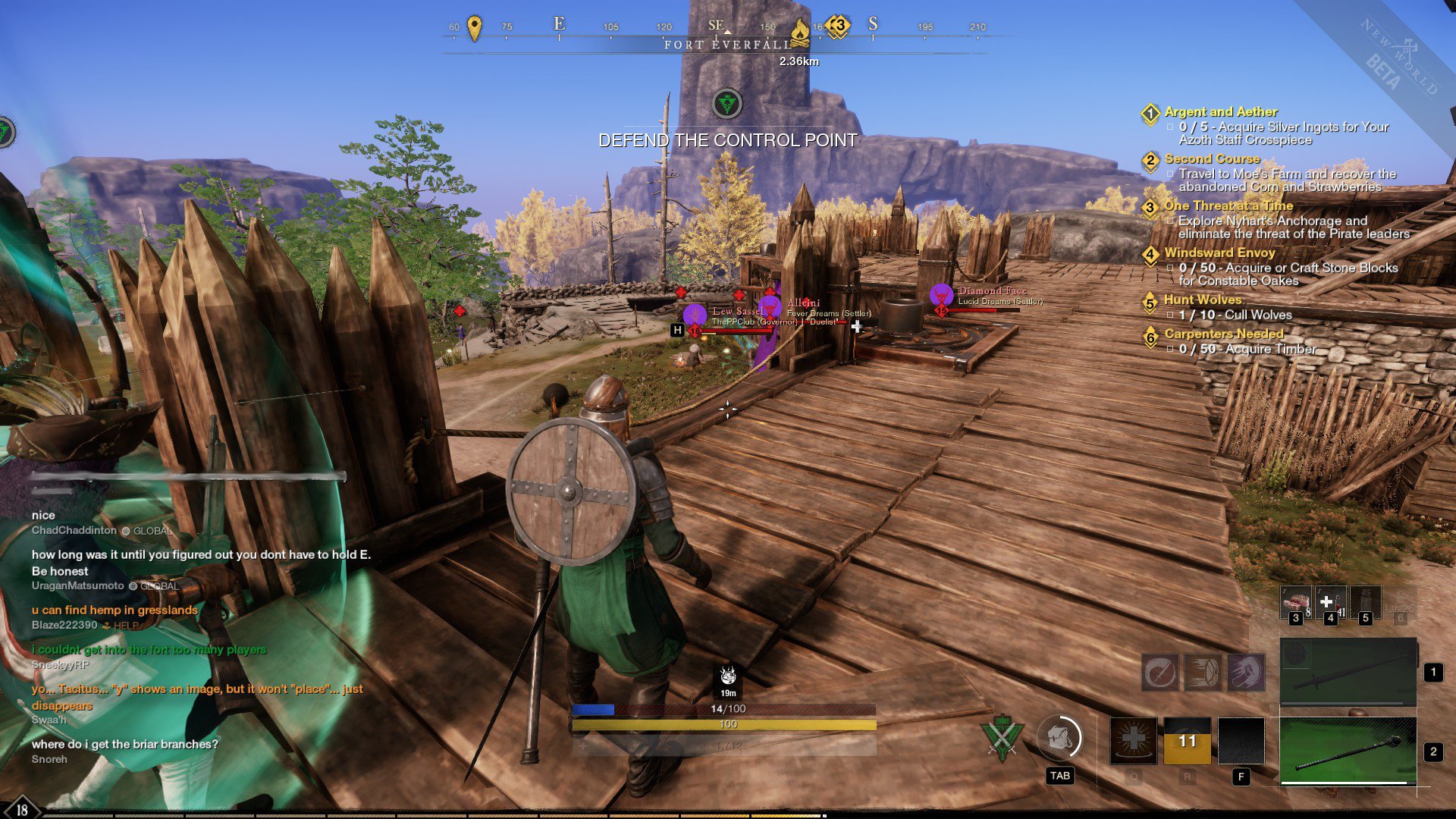 Large-scale PvP battles like defending or attacking forts can be a tough place to stay alive.

You can start participating in PvP once you reach a certain point in New World. After choosing one of the three factions, you can toggle PvP on. This is the only way to fight other players in open-world PvP. So if you’re someone who would prefer to not participate in this side of New World, you don’t need to.

With that said, you can still take part in other faction activities like PvE missions. These will also reward you with faction tokens for the faction shop. Regardless, as I previously mentioned, the PvP death penalty is lower than PvE. You’ll still only take durability damage to any gear on you and equipped. But it’s a little bit less.

Despite certain players speculating that you lose items or materials when players kill you, this isn’t true. While a common death penalty in RPGs is experience loss, New World also doesn’t have any. That’s why it’s safe to say the developer took a generous approach with this MMORPG.

Be sure to take advantage of fast travel points and towns if you’re trying to escape enemy players. Both will protect you from taking any damage and also reset your 30-second PvP timer. Certain people like to patrol regions their faction owns to catch others by surprise. There’s no way you’re surviving a battle against several players when you’re alone especially. 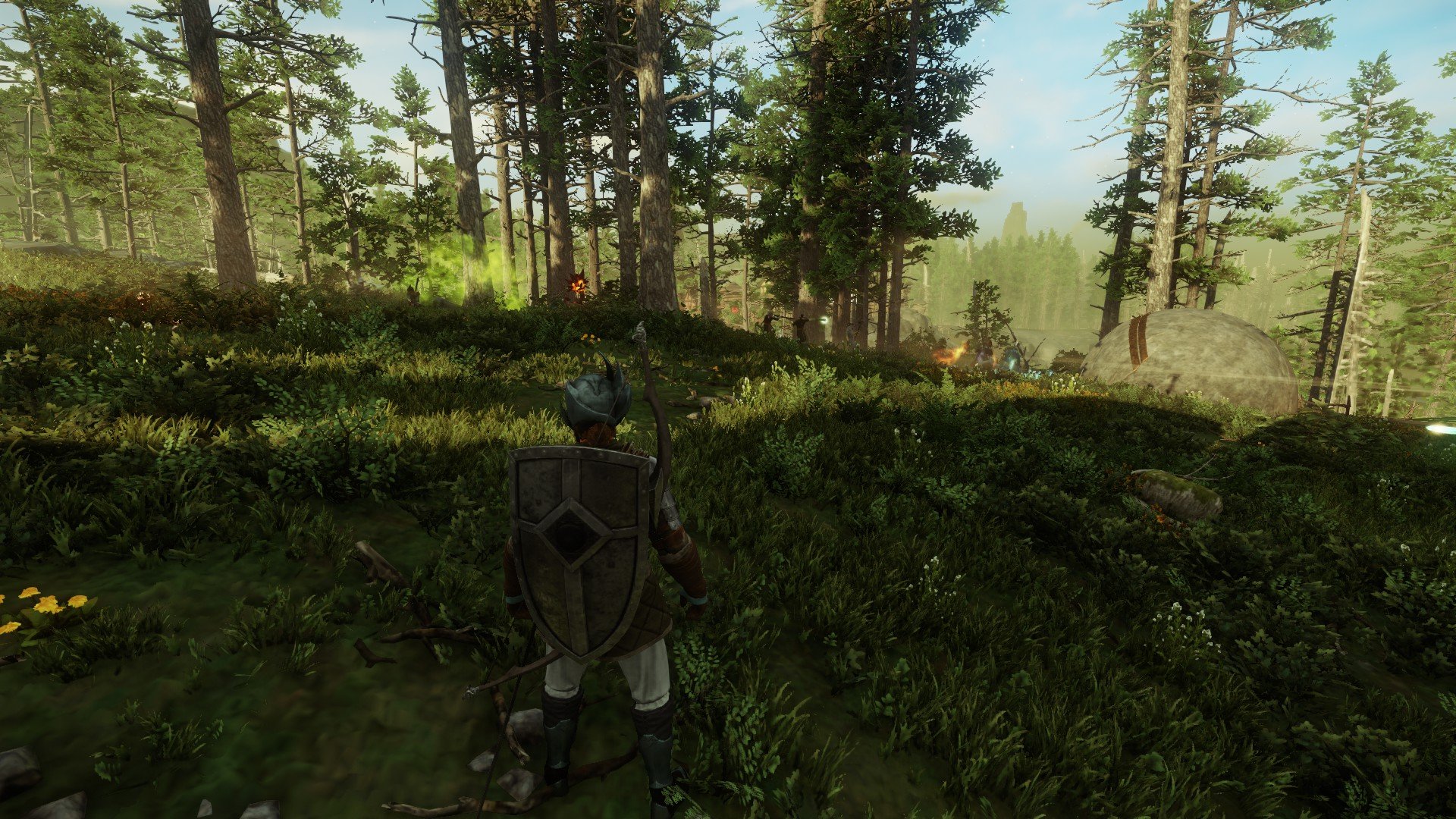 The best time to see a large group of flagged players is when you’re watching safely unflagged.

For those of you not sure how to repair equipment after losing durability, visit our guide on How to Repair Items. That’s all there is to this New World guide on what happens when you die. If you have any other questions for me, feel free to comment below the article. I’d love to help you further if I’m able to.