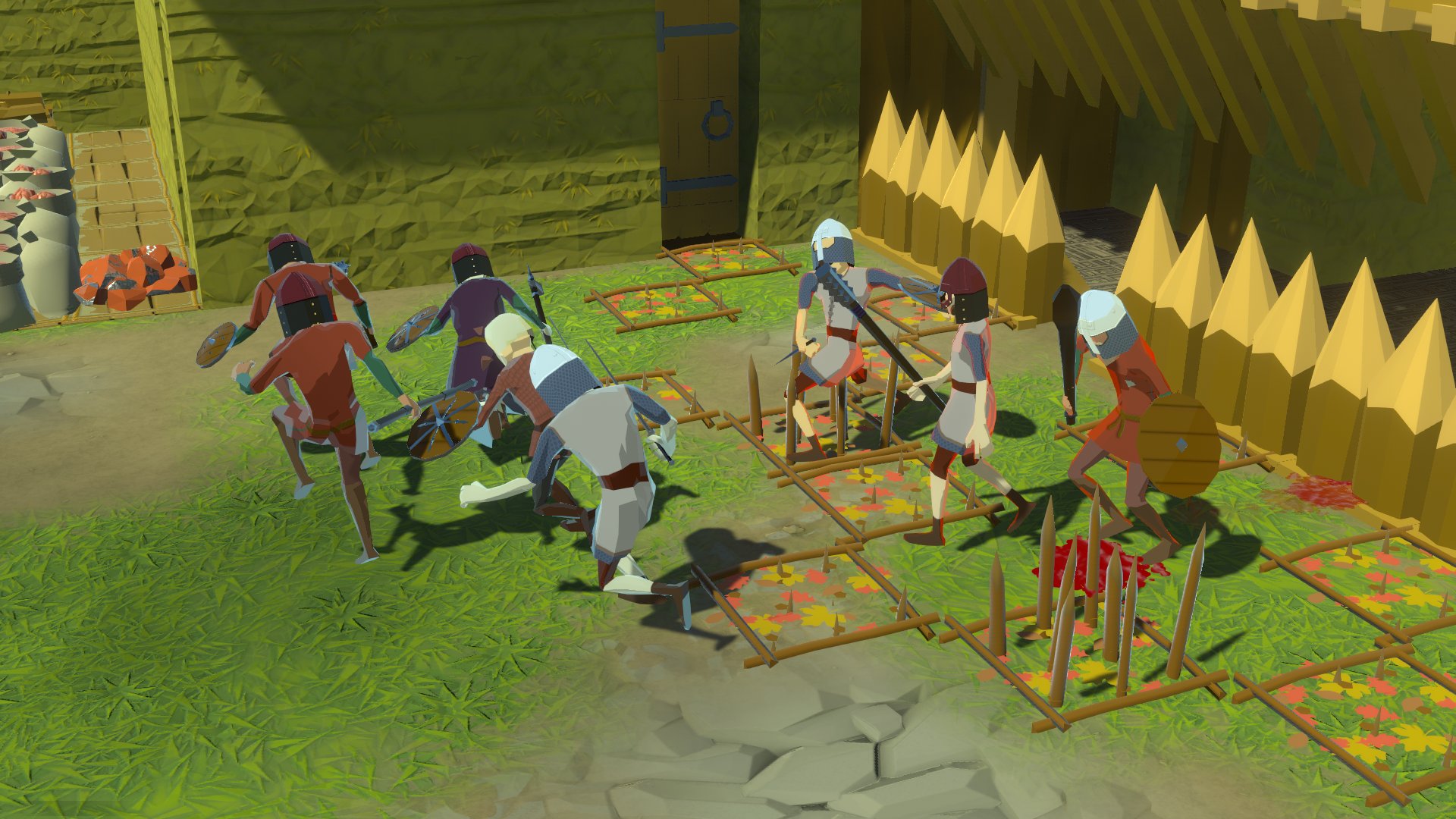 Healing your settlers in Going Medieval is important so you don’t end up with dead settlers after a tough raid. While it can be a little confusing, it’s not too difficult if you know what you’re doing. That’s why I put together this guide to help you understand the mechanics on how to heal and some tricks too.

How to Heal in Going Medieval

If you have a notification near the top right corner that says, “Settler wounds need tending”, that means someone is hurt. This doesn’t necessarily mean they’re about to die, but it could be that as well. By hovering your mouse over that notification, you can see which settlers are hurt. And then clicking it will cycle through each person.

For a settler to heal, they need to sleep in a bed where someone can tend to their wounds. Even if nobody can tend to them, they’ll still heal to an extent as well. I don’t know why the developer used a complicated word for it, but this is known as convalescence. You may have noticed this under the Jobs tab as “Convalesce”. 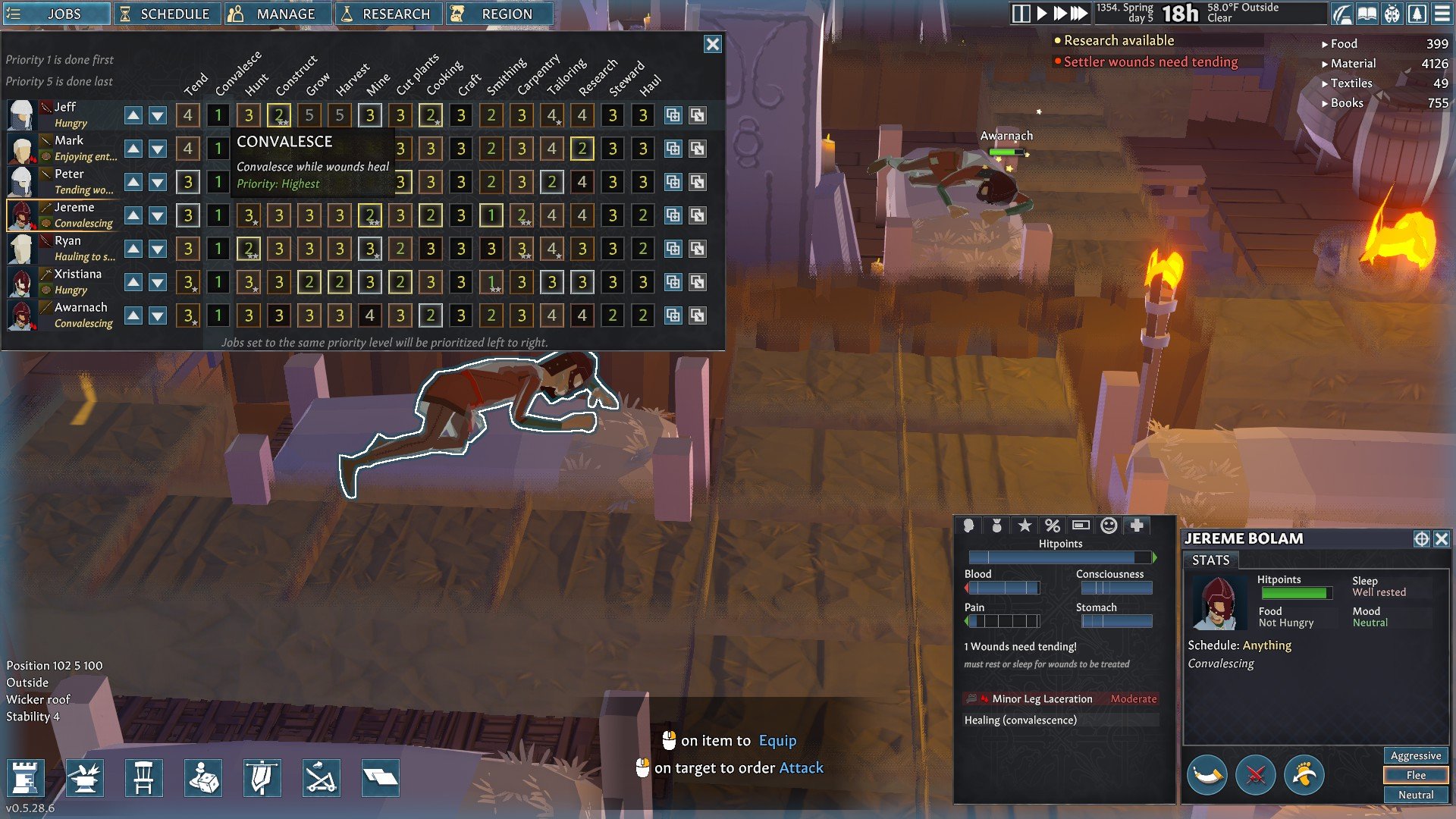 Take advantage of setting Convalesce to high priority so settlers will rest.

This essentially means the priority that a settler will give to resting and healing when wounded. I recommend keeping this at a high priority (low number) so they’ll prioritize getting better. Certain injuries like a bruise won’t penalize them much, but they can still be a nuisance. Wounds can reduce movement speed, damage dealt, hit chance, motor function, and more.

It’s important to note that if a settler is unconscious, they won’t be able to go to a bed themselves. You can instead carry them to a bed using another person. Anyone with a high Tend job priority will focus on carrying unconscious settlers.

Tending to a Settler’s Wounds 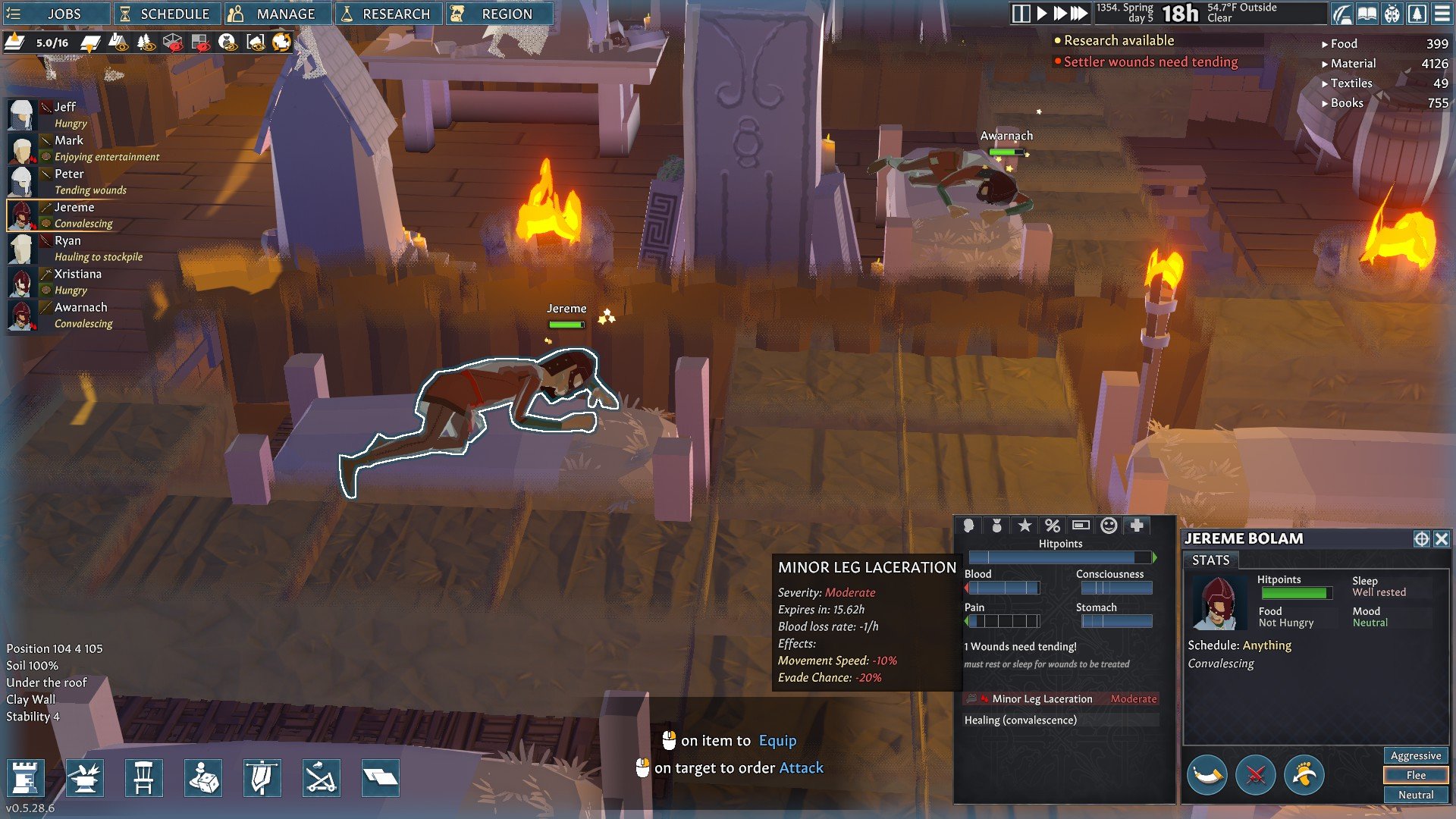 Before you can tend to a settler’s wounds, they need to be sleeping.

Herbs and Healing Kits have a “Wound Tending Multiplier”, but this doesn’t seem to be explained in-game. This could increase healing speed, chances of removing a wound, or perhaps reducing the length of a wound. If anyone knows, feel free to comment below the article and we’ll update it with new information.

As there isn’t a way currently to feed settlers that are resting, they will, unfortunately, get up while healing. This can slow down the process since they’re not laying down resting while looking for food. However, if their Convalesce priority is still high, they’ll go back to resting. Outside of being hungry, if you need to force a settler to sleep, you can change their hours on the Schedule screen.

How to See Settler Wounds 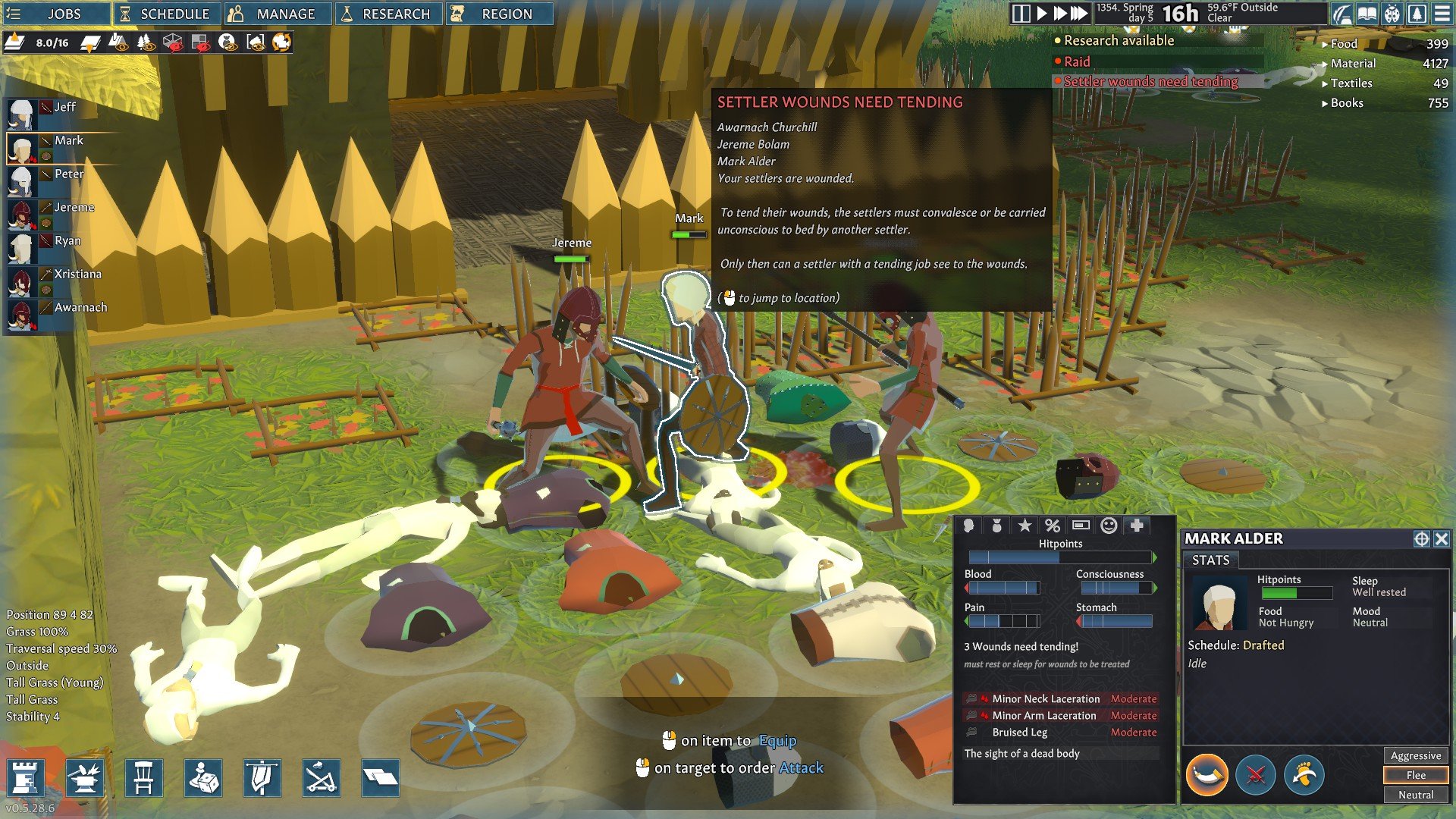 Make sure to see which settlers are in dire need of healing.

If you’re wondering how to see the specific wounds each settler has, here’s what you need to do. First, click the person you want to look at. Then, click the plus button near the bottom right corner. The button is a little to the left of their name. This area showcases their health, blood, pain, and wounds below.

It’s especially important to make sure your settlers aren’t still bleeding from old wounds. Their amount of blood impacts their consciousness, which can lead to fainting. And if they run completely out of blood, they’ll die. That’s the last thing you want to happen. So make sure to tend to those wounds before they become deadly.

If you have any other Going Medieval questions for us, feel free to comment below the article and we’ll try to help out. For more guides be sure to visit our guide hub. Or one of the many guides below filled with tips and tricks to teach you something new. Don’t worry, we don’t use words like convalescence.