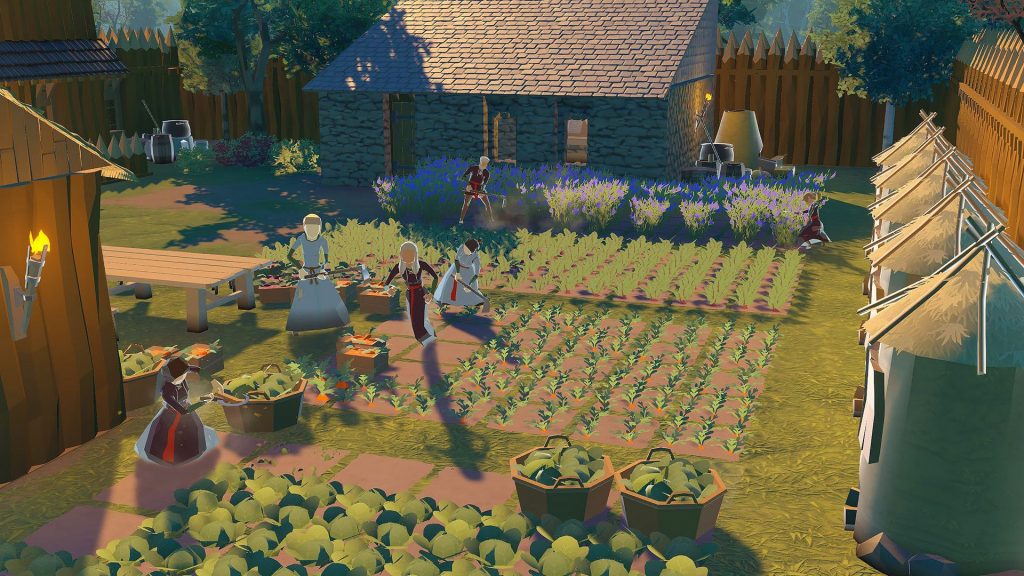 Getting more settlers for your Going Medieval village is extremely important to continue growing. If you want to make any progress in this city builder, you’re going to want more people. This is why the Lone Wolf scenario is especially tough, since you can only do so many things as one person. Continue reading our Going Medieval guide below for tips and tricks on how to get more settlers.

How to Get More Settlers 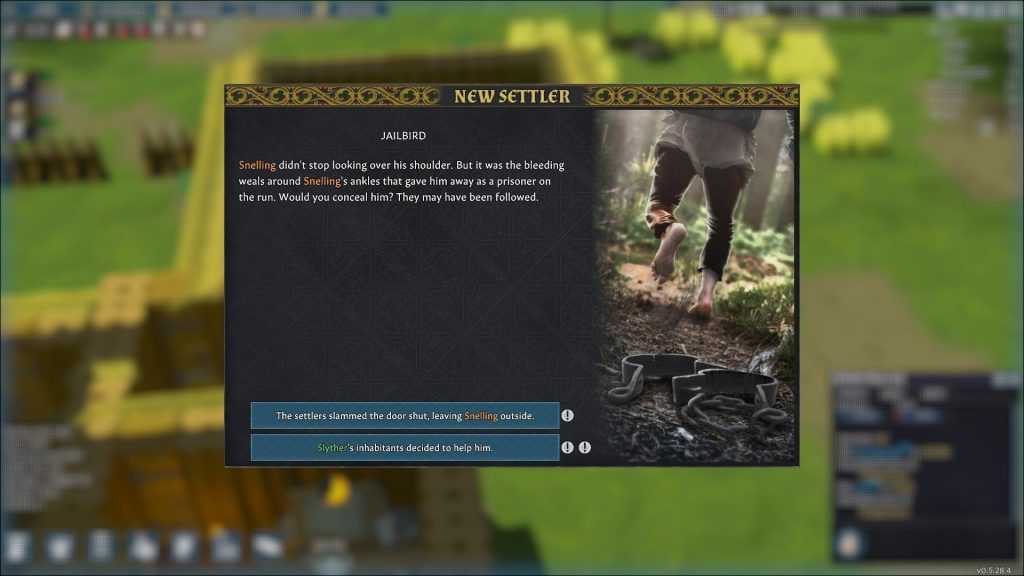 Rescue prisoners on the run to get another settler. But be prepared to deal with raiders on the way.

The main way most players will get more settlers is by playing the game and encountering random events. There are a couple of specific events that result in new people coming to your village. The first is shown in the screenshot above where a prisoner held by bandits is on the run. You have the option of accepting them and providing help or leaving them on their own instead.

If you choose to accept them into your colony, they’ll be injured and a raid of bandits will appear in two days. While on this decision screen, you can mouse over the little exclamation bubble next to each choice for more information. Such as the person’s stats and an estimate of how many bandits will come. The number of bandits tends to be one less in my experience.

Depending on the Going Medieval difficulty you’ve chosen, raids may be much tougher. However, if you picked the Standard difficulty/scenario, you’ll only experience a challenge near your progress. Whereas if you picked Survival, those raids may be quite challenging. Therefore, if you’re playing on Standard, it’s usually worth getting the extra settler.

Don’t forget to remove the shackles from any prisoners you accept into your colony. The escaped prisoner will have a heavy negative mood modifier until you remove them. Fortunately, you can simply unequip the shackles without needing to do anything special. 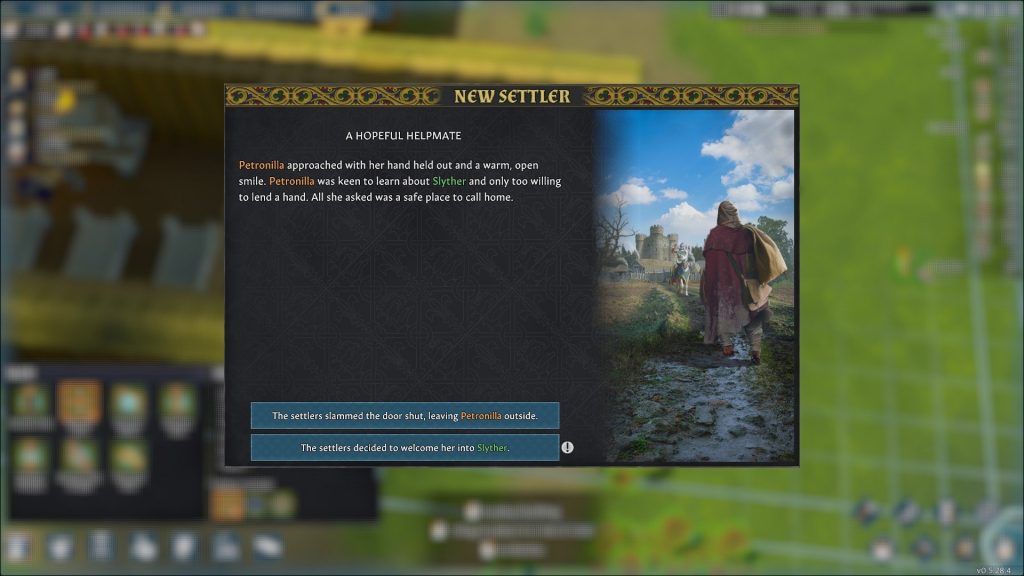 Welcome new settlers to your colony for an extra helping hand.

The other random event for getting a settler is much more peaceful without having to worry about raiders. As shown in the screenshot above, someone will wander into your village looking for a place to call home. This doesn’t come with any consequences or negatives whether you accept them or not. The only reason you wouldn’t want to accept a new settler here is if you don’t have enough food or they don’t have the skills you want.

Creating Your Own Scenario 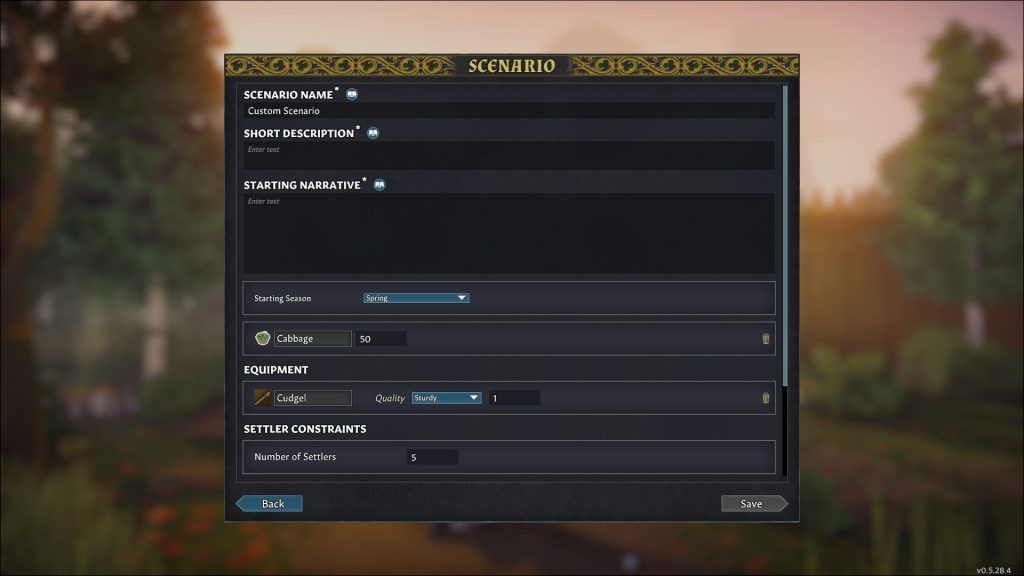 Set your own custom scenario settings for a unique start.

The second method for getting more settlers is to create your own scenario. When first starting a game in Going Medieval, you can tweak the settings to what you want. Despite there only being two default scenarios, you can go your own route instead. Simply click the “Add New” button under the list of scenarios once you pick a difficulty.

Then, you can start entering all sorts of settings and information to save your own preset scenario. This is a neat way to create a scenario with a little lore or perhaps just a certain way of starting. Here are a few examples of settings you can tweak:

If you have any other Going Medieval questions for us, feel free to ask in the comments below. It doesn’t have to be about how to get more settlers either. We’re currently working on more guides for this city builder game and have a couple listed below too. Our guide on how to build underground is especially great for learning how to freeze food too.

Why aren't the settler constraints being implemented from custom scenarios whenever creating your settlers? Seems it's still random even with constraints edited.