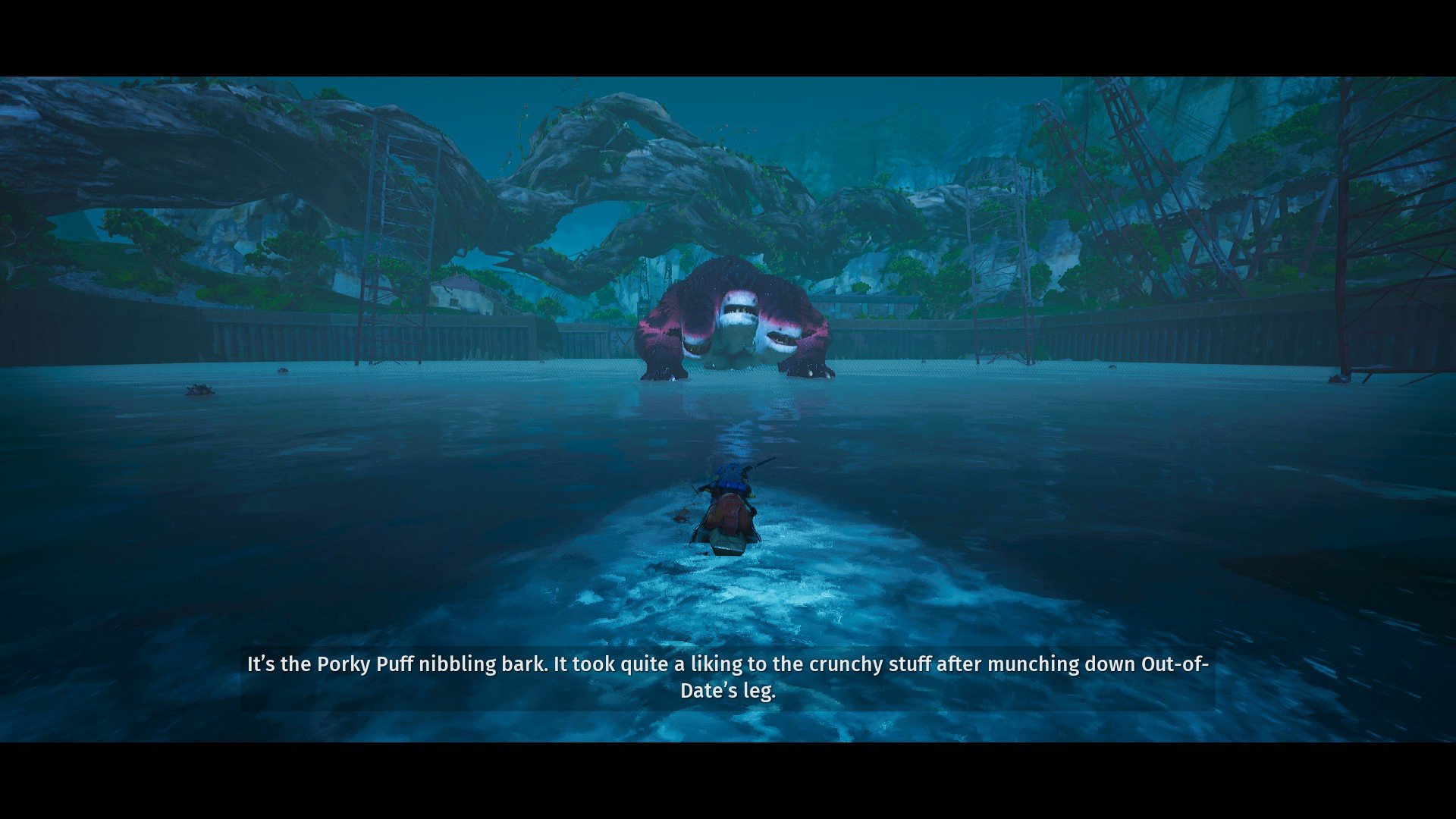 Porky Puff can be a tough Worldeater to take down in Biomutant if you’re not quite sure what you’re doing. That’s why it helps to take advantage of every method in our guide for beating them. Don’t worry, it’s not just you, this is a difficult fight with a couple of mechanics that are easy to miss. Continue reading our complete guide on how to beat Porky Puff.

How to Beat Porky Puff in Biomutant

The first phase completely takes place in the water while using the Googlider mount. This helps with traversing the area quickly and dodging incoming attacks. With two phases in this Worldeater fight, they both take up half of the health bar. There are two tricks for taking out the first half, with one that’s much easier than the other.

We’ll start with the easier one first and then explain the second for those that are curious. Before getting into each method, it’s worth mentioning that Porky Puff is invulnerable until you take advantage of either trick. This means you won’t be able to deal any damage until making them weak. 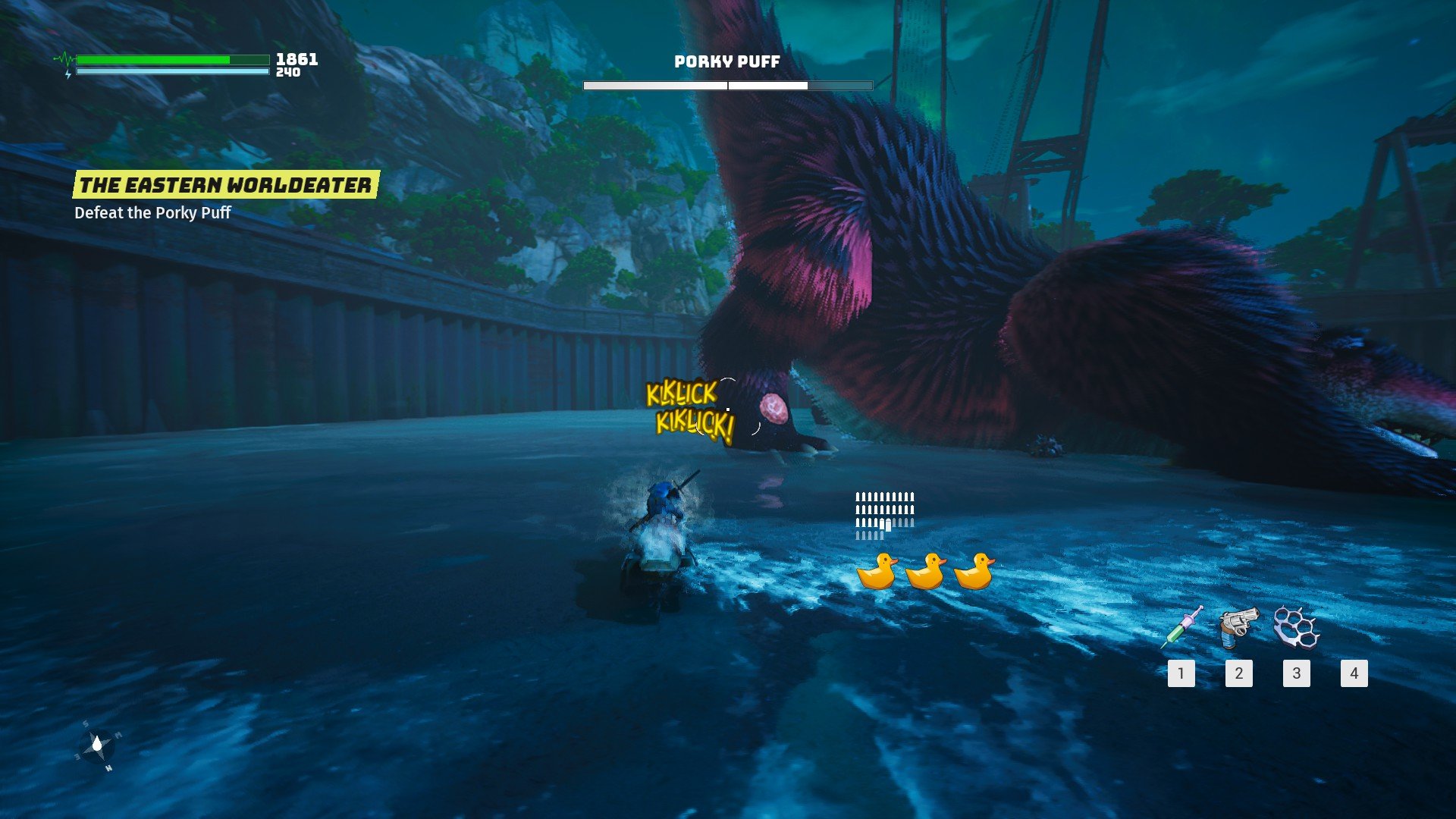 Look for these small pink blisters to deal some damage and make them fall over.

While fighting Porky Puff in the first phase, keep an eye out for large pink blisters on their legs. There are four blisters in total with one on each leg. Once all four are taken out, they’ll likely fall down and reveal a fifth large blister on their forehead. Destroying this one will take a large chunk out of their health bar.

Before reaching the next phase of the fight, Porky Puff will become invulnerable again and dive underwater. They’ll begin swimming toward you with their tail acting as a shark fin dealing massive damage on hit. Make sure to keep swimming to avoid this attack.

The second underwater attack to be wary of is when bubbles appear near you and Porky Puff rises up. This can easily be a one-hit attack killing you, so try to keep moving. Fortunately, as long as you continue moving, you’ll likely dodge it. Eventually, Porky Puff will rise back up and stay on land allowing for you to repeat the blister method. 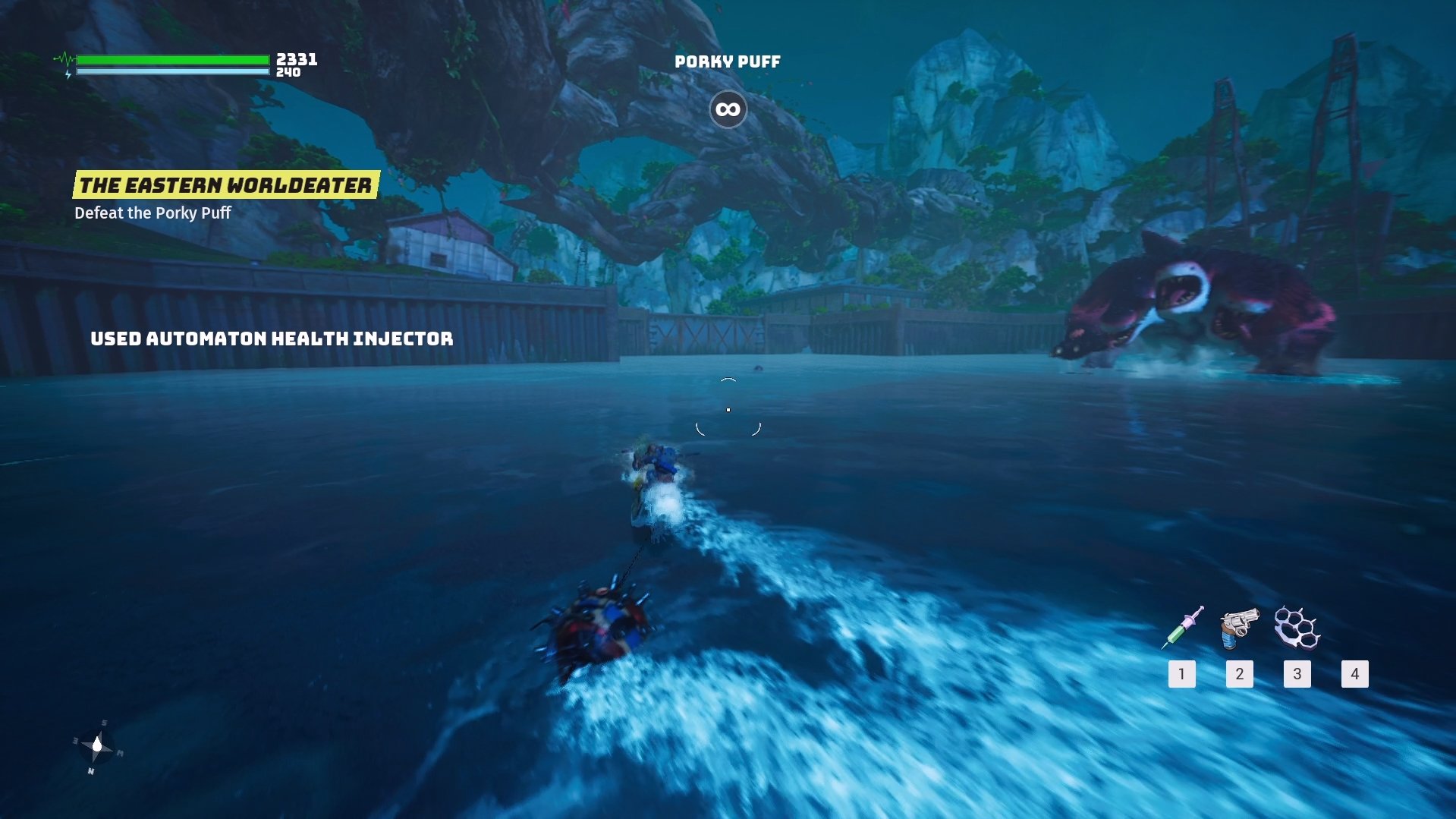 Grapple bombs and pull them over to Porky Puff for explosive results.

You may have noticed bombs laid out around this arena that you can grapple using your Googlider. Regardless of your platform, the button to grab bombs is the melee button. All you need to do is pull a bomb over to Porky Puff and then shoot it to blow it up. Letting go of the bomb and then shooting it will make it a little easier.

If you manage to blow up the bomb close enough to Porky Puff, you’ll deal some damage and create a temporary vulnerable window. You can take advantage of your ranged weapon to get a little damage in, but it is a short window. If you’re determined to fight them using bombs, you should also take advantage of the blister method mentioned above.

Also, the previous section explains how the underwater portion of this fight works. In short, keep moving to avoid getting hit by deadly attacks.

The second phase takes place in a separate area without water. So say goodbye to the Googlider! Porky Puff is now stuck in the ground with half of their body sticking out of the ground. Most of their attacks are telegraphed in advance so long as you know what to look for.

Also, unlike the previous phase, Porky Puff is no longer invulnerable. So take advantage of consistently dealing damage when you feel safe to do so. This is where ranged weapons are always the preferred weapon. Even though certain attacks provide an opportunity for those that prefer melee.

With all that said, here’s every attack Porky Puff has in the second phase and how to avoid them:

That’s all there is to fighting the Biomutant Worldeater Porky Puff. If you have any other questions or still need help, feel free to ask in the comments. We’ll do our best to try and help you get past this tough fight if you’re still struggling. Be sure to visit our Biomutant guide hub for more useful guides. Or check out some of the ones we’ve listed below.