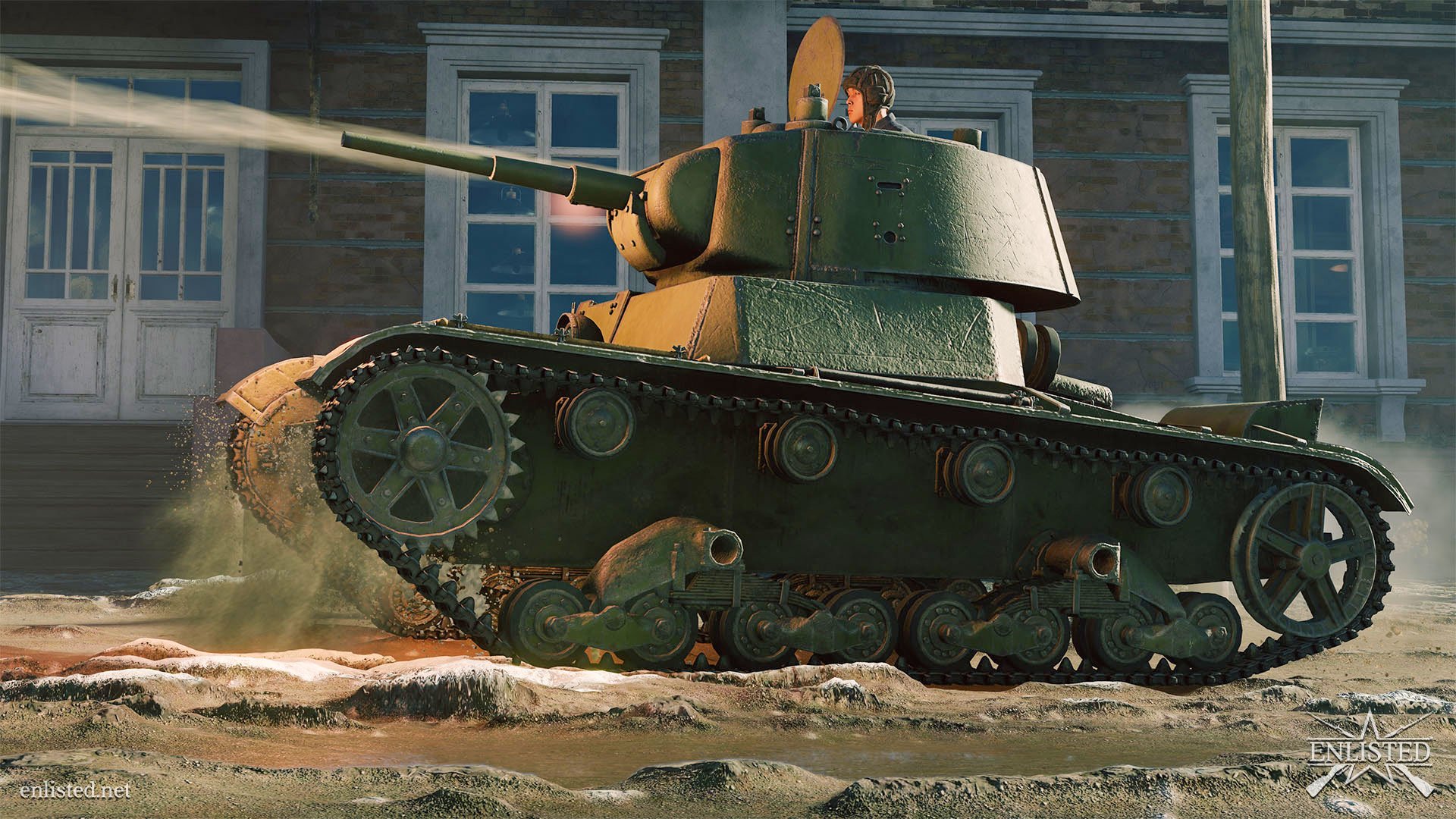 Learning how to change tank ammo in Enlisted is extremely important depending on who you’re fighting. This free to play WW2 shooter is filled with vehicles and infantry where it’s best to use the right ammo for each. Considering there are usually only two vehicles around and then tons of infantry, make sure you’re using armor-piercing for one and explosive for the other. Continue reading our guide below to learn how to change tank ammo and when to use each type.

How to Change Tank Ammo in Enlisted 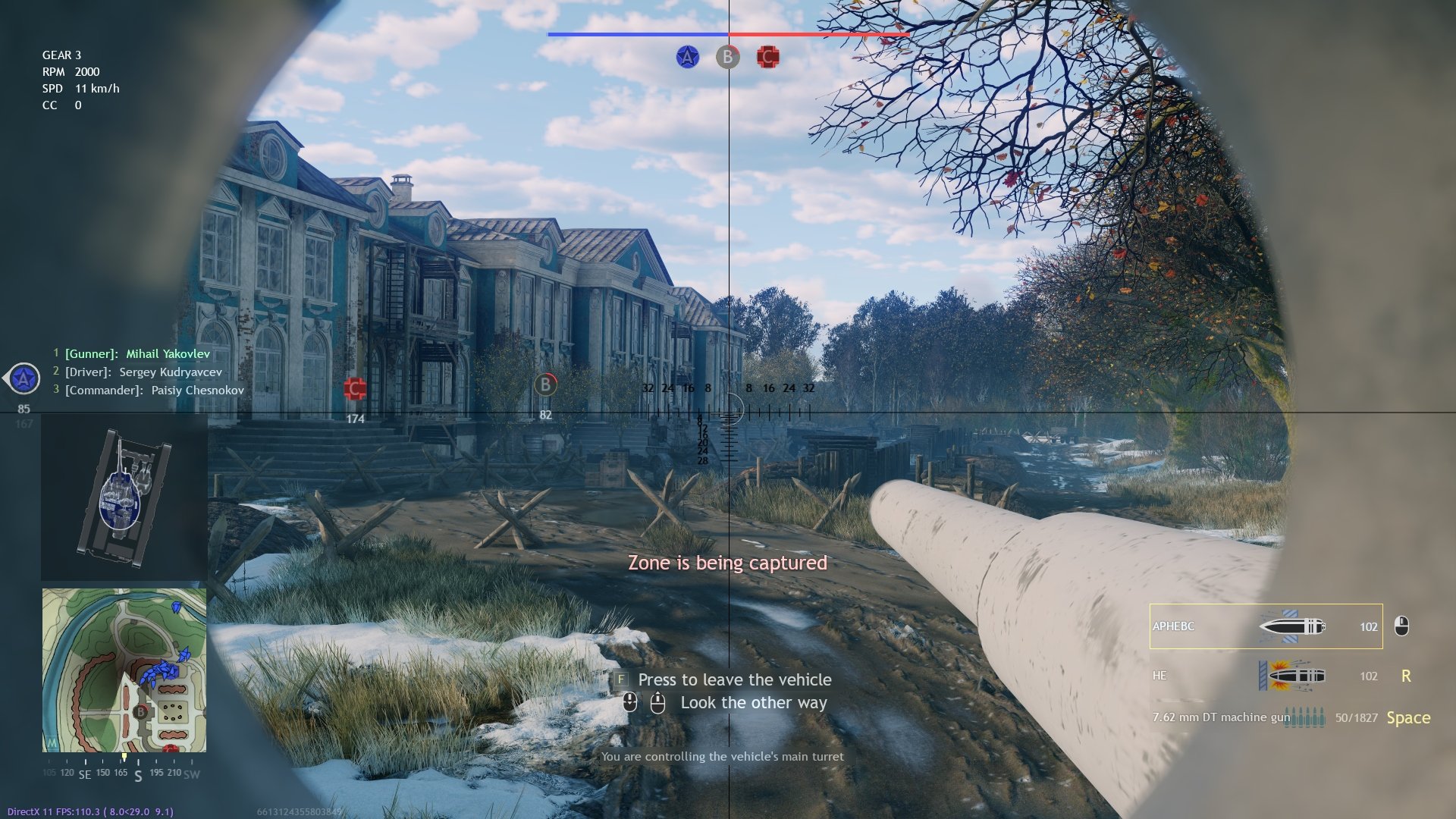 The bottom right corner shows every ammo available for your tank and what buttons to press.

While it’s relatively simple to change tank ammo, it’s also easy to not know how. When you’re using the gun regardless of your seat, you’ll see all the different ammo types at the bottom right corner. In my experience so far, every tank has two main cannon ammo types and at least one machine gun. For those playing on PC, you left-click to shoot the cannon and press spacebar to shoot the turret. A lot of people don’t seem to know about the turret since it’s easy to miss.

However, if you’re playing on console, button prompts should appear next to each ammo type. This also shows you how to change tank ammo, but it’s still slightly confusing. For those on PC, you can press R so your cannon ammo swaps on the next reload. For tanks that have one shell per shot, this doesn’t take too long. While other tanks with a much higher shell capacity will take longer to swap. The one good thing is that tanks tend to have a bunch of ammo so it’s not the end of the world to fire a shot to swap.

If you’re playing on console, it’s likely the Y button to reload for Xbox and triangle for PlayStation.

Which Tank Ammo is Best? 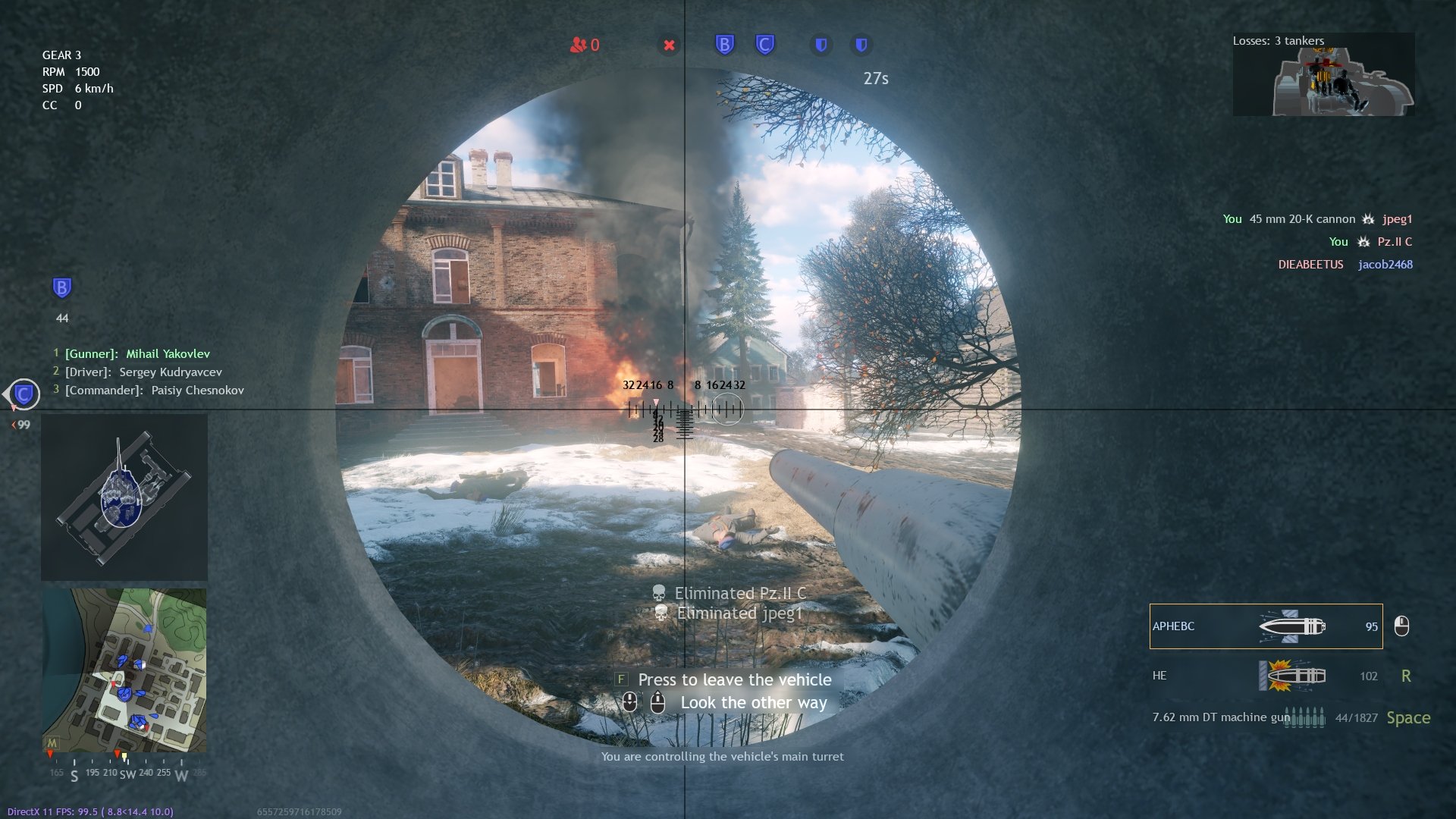 Make sure to use the right tank ammo for the right occasion with these tips below.

Depending on where you go, people will tell you to always use AP/armor-piercing rounds. I disagree with this because there are advantages to both types. For those that are familiar with each type, armor-piercing is for vehicles and HE/high-explosive is for infantry. The advantage to high-explosive is that it impacts a larger area. This is why it works better for infantry and often taking out full squads of enemies.

If you try using armor-piercing rounds against infantry, you have to be accurate and you’re less likely to get multiple kills. Sure, if two people are standing in a line and you hit them, you’ll probably get two kills. But if five people are standing near each other, high-explosive is the way to go. However, if you’re using high-explosive tank ammo against a vehicle, you’re going to have a bad time. I’ve seen people mention putting tanks on fire with high-explosive rounds, but I’ve never had it happen to me.

This is why I always use armor-piercing rounds to destroy tanks in Enlisted. So long as you hit a vulnerable part, you’re bound to take out a soldier and potentially a part of that vehicle. Whereas if you use high-explosive ammo, you’ll probably never destroy a tank. If you have any experience with high-explosive rounds working well against vehicles, be sure to let me know in the comments. I’d love to share as much information as possible.

Before you leave, you should take a look at our guide on how to level up fast since it revolves around using tanks. There’s a useful trick you can take advantage of to speed through campaign levels a little bit quicker. Otherwise, you can visit our complete Enlisted guide hub here filled with tips and tricks too. More useful guides are listed below too that may be of interest to you.