The third-person shooter Outriders has four different classes people can play. As each has their own playstyle and unique abilities, you may be wondering how to change classes. Unfortunately, the quick answer is that you can’t change classes but there is one solution still below.

How to Change Classes in Outriders

While you can’t change your character’s class, you can still create a new character. Assuming the full game works the same as the demo, you can skip the prologue after completing it once. This means you don’t need to wait through the beginning’s story building. You can instead skip right to the moment your character gets to pick a class. This makes it easier to at least hop back into co-op play with others since this is when it becomes available.

If you go right from skipping the prologue to playing with friends at a higher level, make sure the world tier isn’t too high. Outriders doesn’t have a form of level scaling that balances the session based on each player’s level. As explained in our guide here, it’s instead mainly built around the selected world tier.

How to Create a New Character 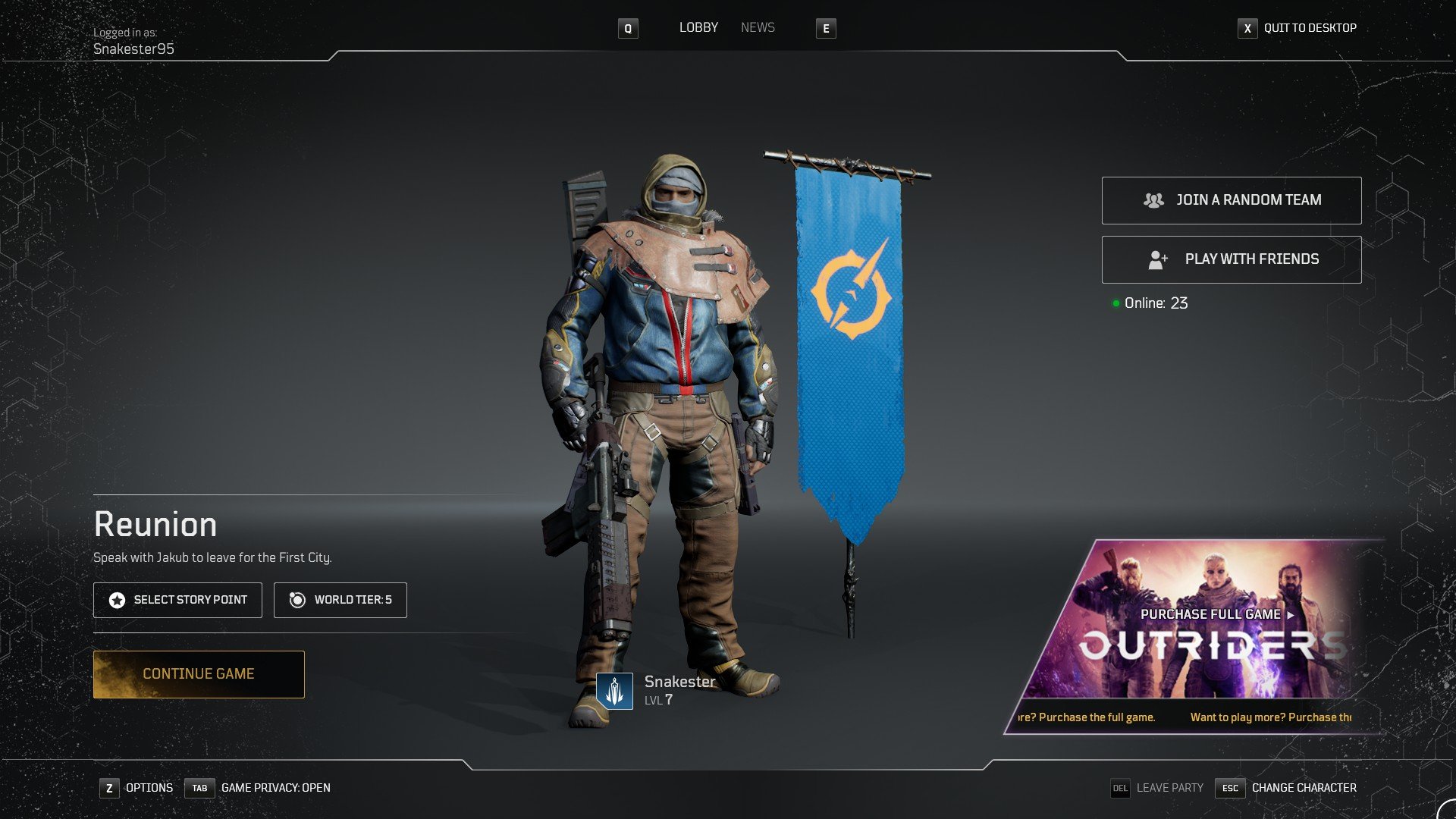 If you’re not sure how to create a new character in Outriders, don’t worry, it’s nothing too crazy. First, make sure you’re at the lobby menu. If your character is showing here, you’ll need to back out to another menu where you can change character. As shown in the screenshot above, the button you need to press is at the bottom right corner, “Change Character”. For PC, you simply have to press escape. 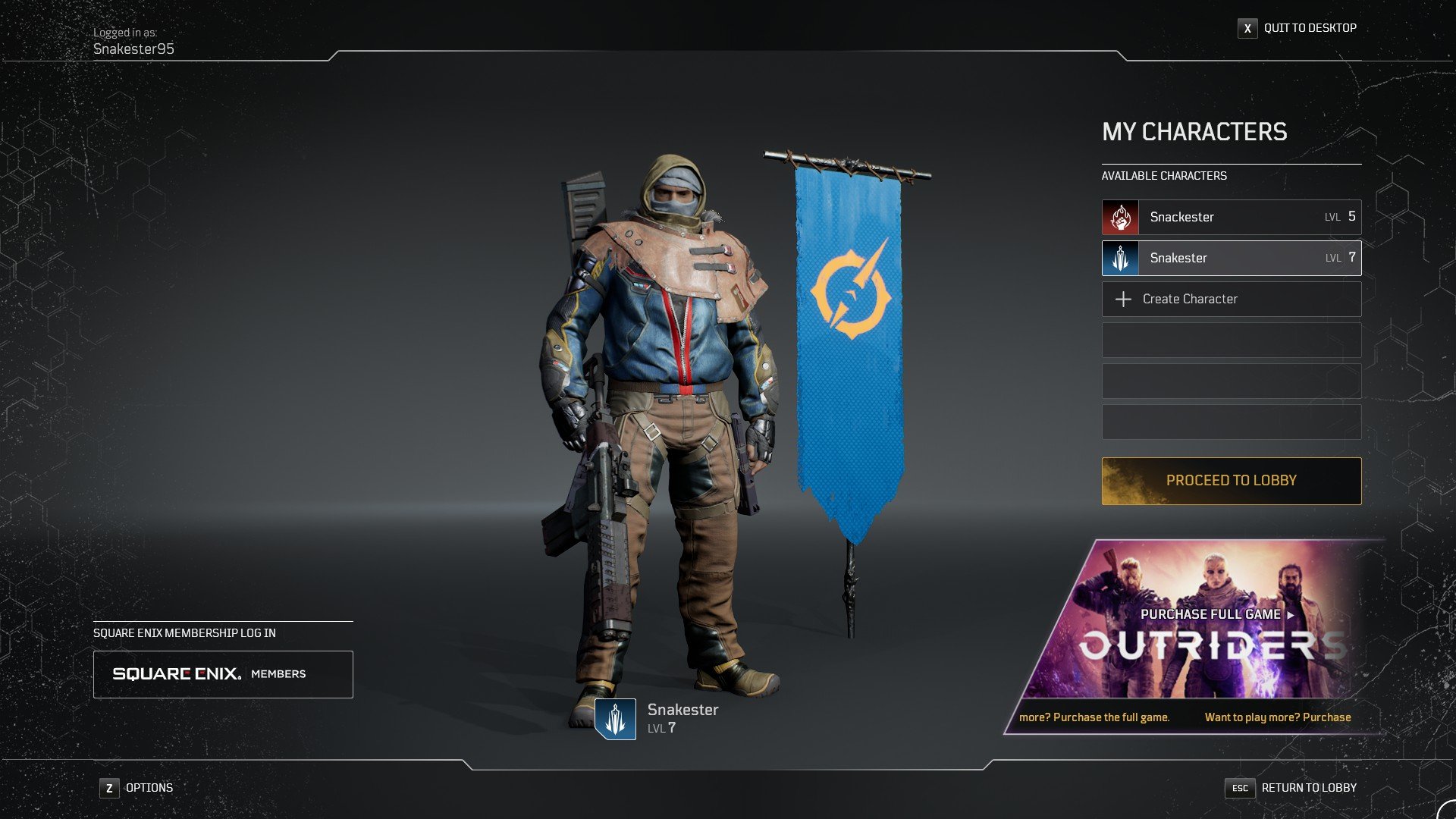 Then, you’ll see all of your available characters on the right side where you can create a new character. So long as you haven’t hit the six character demo limit, you can create a new one. Now all you need to do is customize your character and pick a name. Once you’re done with that, you’ll get an option to skip the prologue when pressing “Proceed to Lobby”. Just as a reminder, you can only skip the prologue if you’ve previously completed it.

Let us know in the comments below which class you like best so far. We’re feeling the Trickster right now ourselves. For more Outriders guides, check out some of the links below.