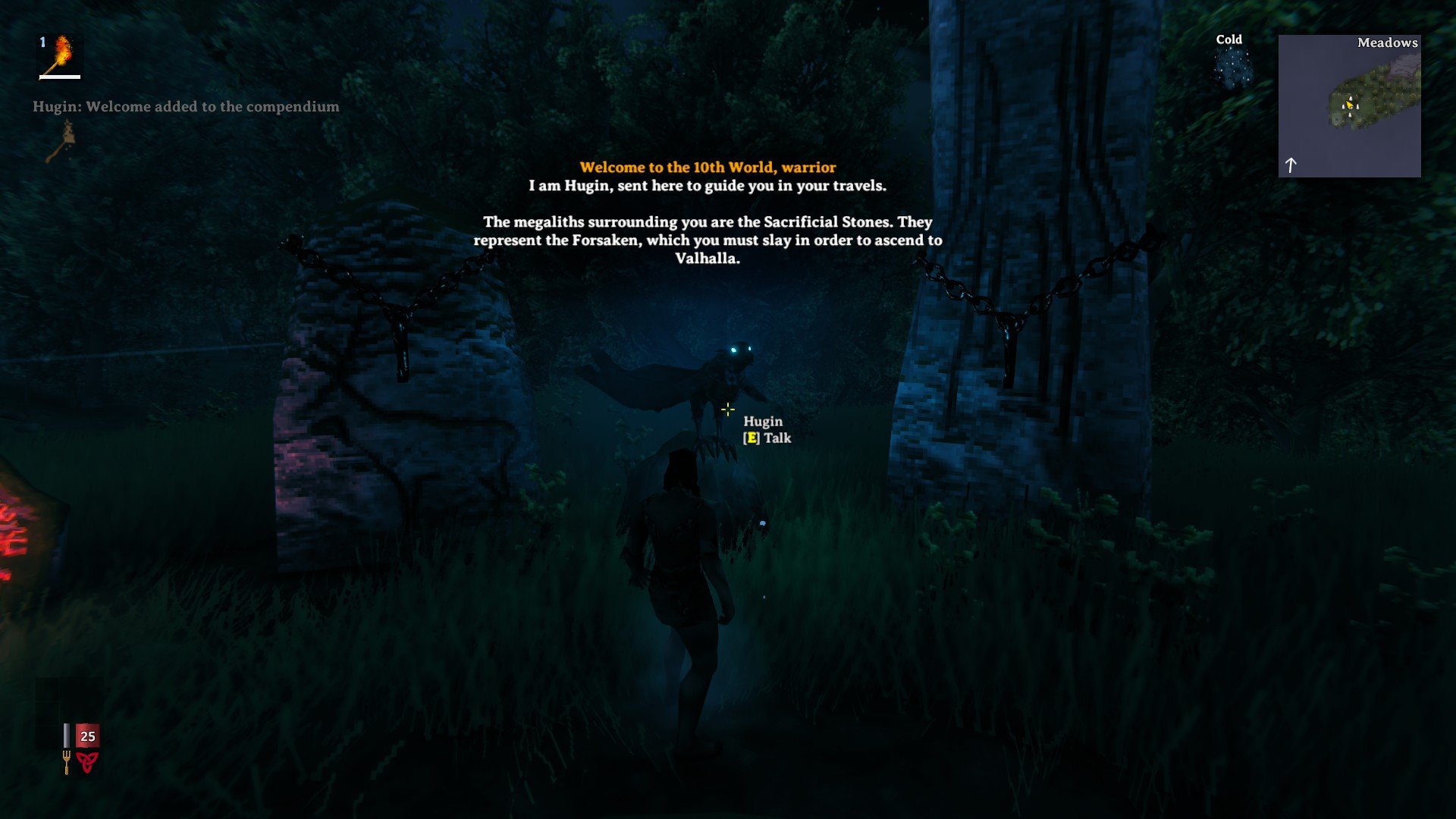 If you’re wondering whether there are any NPCs in Valheim, this guide explains what to expect. While NPCs aren’t the focus of Valheim as most of your time is spent grinding and fighting enemies, there are a couple that you can find. It’s possible more may be added as Valheim is still under development in Steam Early Access. This guide also explains what coins and valuables are for.

Are There NPCs in Valheim?

There are only two NPCs in Valheim with one being the raven, Hugin, and the other being a trader named Haldor. Hugin first appears when you make a new character as a way to try and give you some direction and advice. Anytime you find something new or create a new useful structure, Hugin will appear to give you some short info about it. This character is inspired by the two ravens that Odin uses, despite Odin’s being spelled as Huginn. The second raven currently on the roadmap for Valheim is named Munin, also spelled with two n’s normally.

How to Find Haldor the Trader 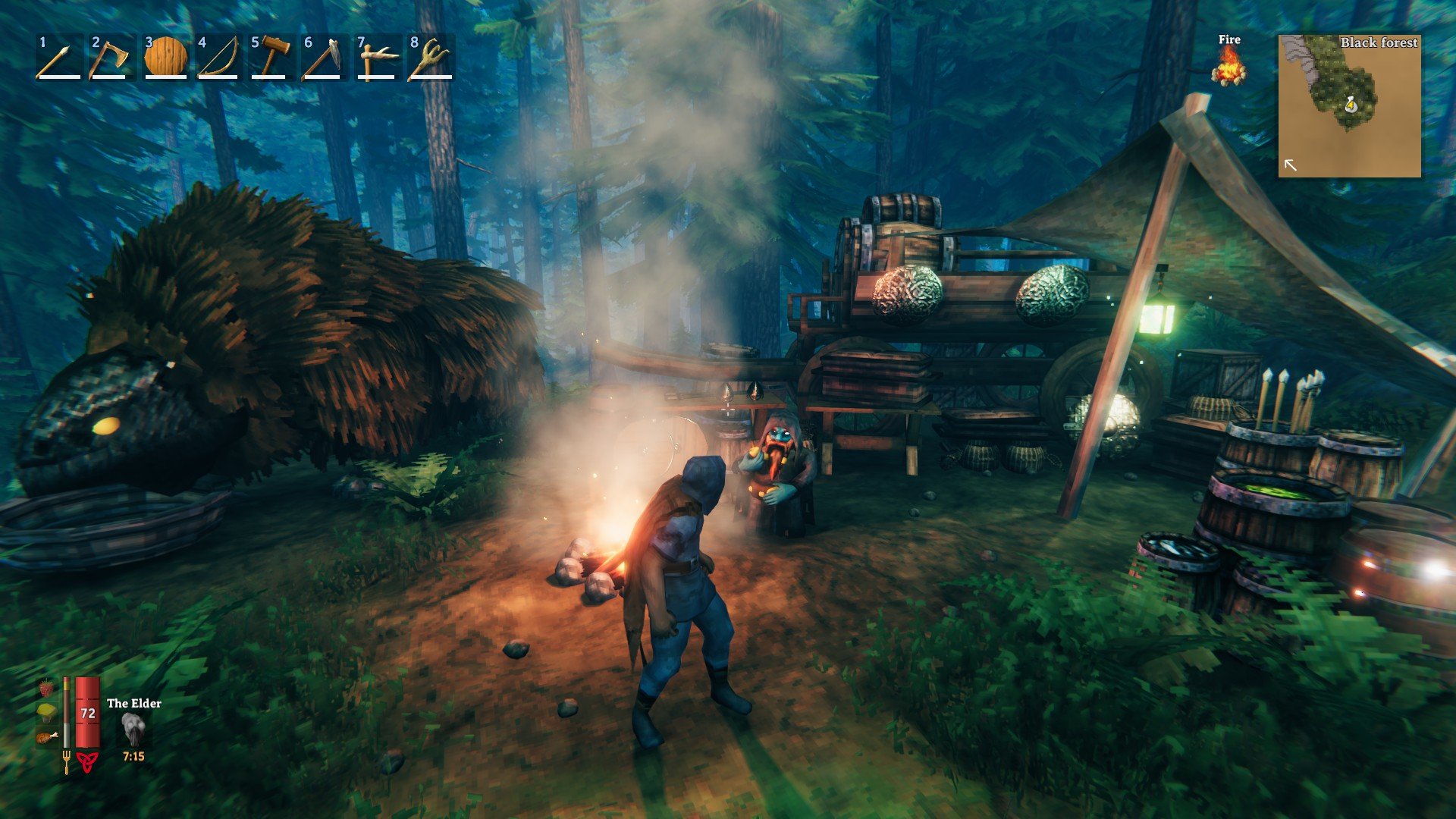 If you’re wondering what coins are for, this is where Haldor the trader comes in. They’re the only way you can currently spend coins in Valheim as well as get rid of your valuable items such as Rubies for money. Haldor can be found in the Black Forest with a small shack, tent, and Lox named Halstein. Once you find him, a large bag icon will appear on the map marking their location. If you can’t find Haldor, but want a world seed for finding him, we have one courtesy of Redditor, MysticalPleb.

The joke seed made by Mystical Pleb is 42069lolxd with Haldor’s location not too far from the start. You can find them in the screenshot below where the large bag is at the bottom. 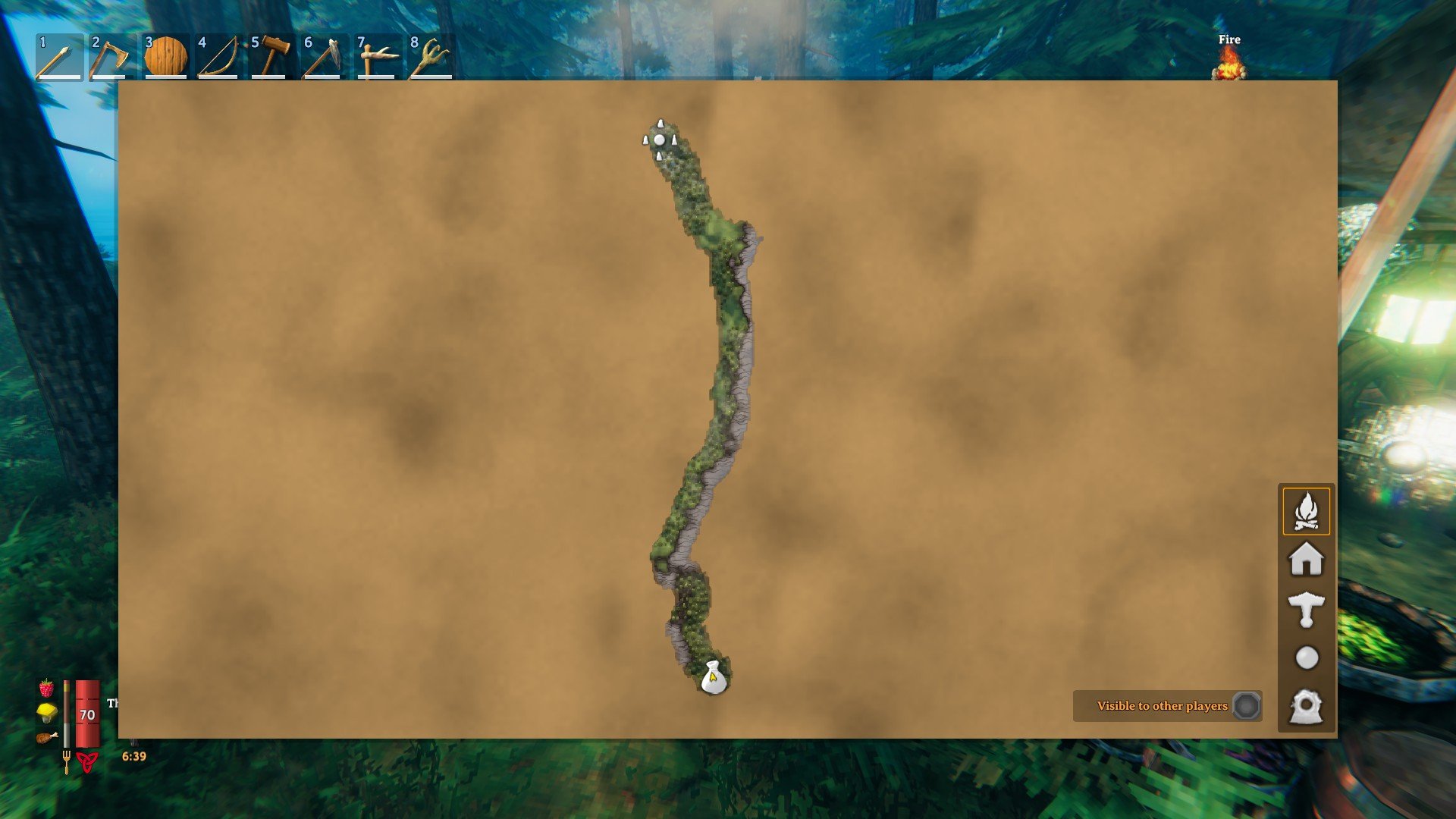 Every Item at Haldor the Trader

If you want to count a third NPC that doesn’t have much time in Valheim, there’s the valkyrie that carries new characters into the world. That’s all for this short guide. If new NPCs are added to the game, we’ll try to update this guide when they are. If you know of any we don’t, be sure to comment below and let us know.

You forgot to mention Odin, the other NPC

I really hope they put actual NPCs in this game. Farmers, City folk, something in the land other than enemies or a single travelling merchant

I know a lot of people are hoping the developers continue adding content to Valheim for a long time because of its success. In the same way certain games like Terraria have gotten endless content over the years. I wouldn't expect NPCs, but you never know.