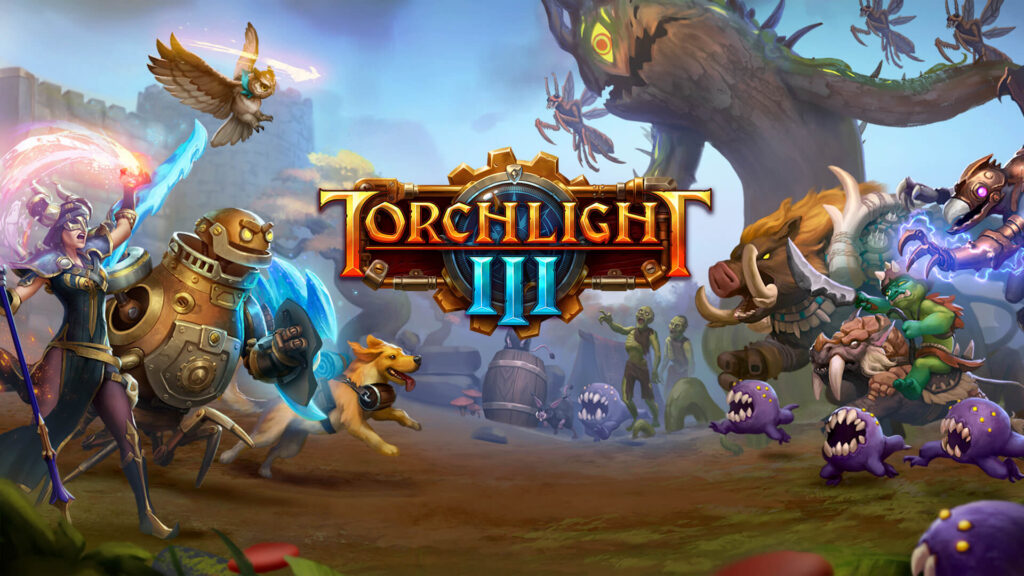 Certain websites claim that players can trade between party members exclusively in Torchlight 3 at forts. However, this doesn’t appear to be true after some testing to make sure. It’s still possible the developer may add some method of player trading at a later time since the game is currently in early access. It’s worth noting that the Steam Early Access page doesn’t make any mention of plans for trading.

If you’re looking to help friends or other players by giving them gear, there’s still a way to help them. It doesn’t matter if you’re too high of a level for a zone as the game scales your gear to the area. When you’re in an area below the level of your gear (as shown at the top right corner), hovering over your items will show the scaled level. For example, 4/7, if the area scales your item to four instead of its’ normal seven.

This is a way to still help others by working together to clear zones and potentially tough enemies. Also, there’s potential for more loot and gold when in a party via the Adventurer’s Luck buff: 15% Increased Gear and Gold Luck when near other players.

How to Use Your Stash

While you can’t trade items between players, you still might want to shift items between your different characters. Once you unlock your personal fort, you can store items in your stash and access it across your characters. This is a great way to hand off items that may not be great for your level as you advance in the story. The video above shows where you can find your fort stash.

I hope this short guide answers your question as there seems to be some misinformation regarding it. If you discover a way to trade or if the feature is added into the game before we make an update, be sure to comment below and let us know! We’ll source you as the tip in our article as well if you’d like.

Other common questions asked by Torchlight 3 players that are answered in our guide include How to Play With Friends and How to Respec Skills.

Torchlight 3 became available on PC via Steam Early Access, on June 13, 2020. It’s still planned for release on Xbox One and PlayStation 4.