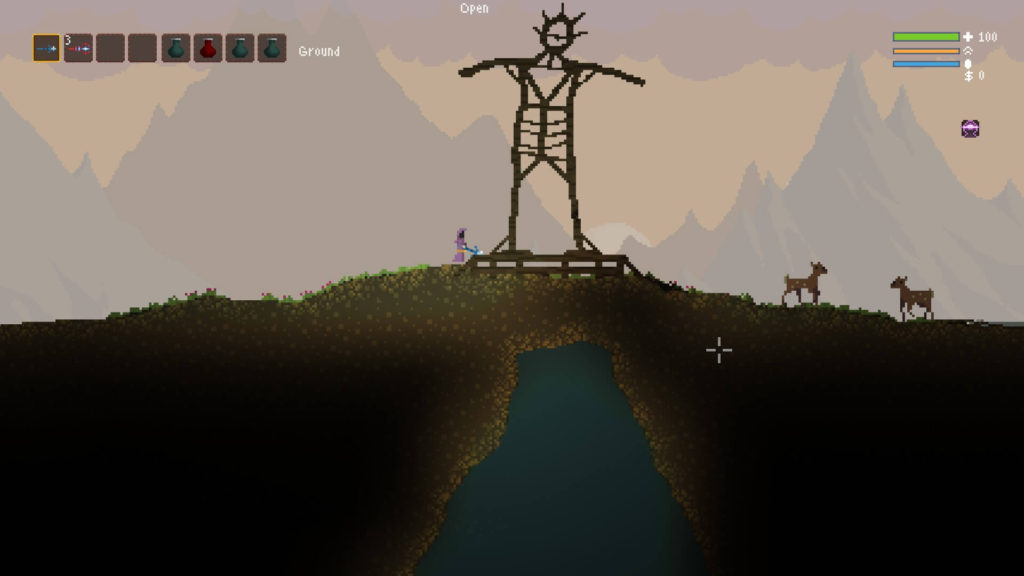 If you’ve ever stumbled across the Faraway Land portals in Noita, you might be wondering where they go. If you haven’t, we’ve got a short guide to show how you can teleport across the entire world with ease. Before you read any further, this article contains minor spoilers. 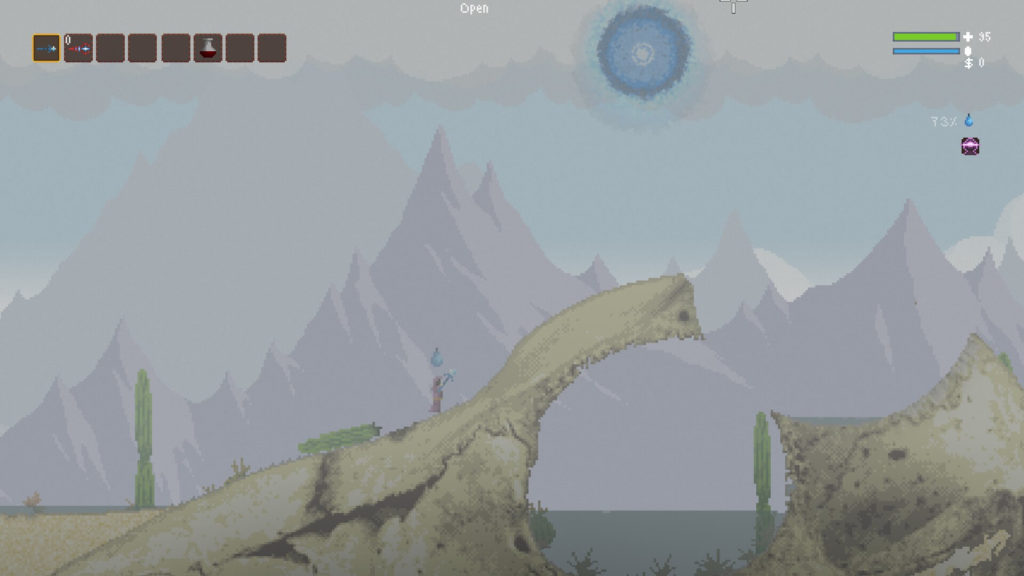 For players who have explored outside the mines and stumbled into The Desert, you may have seen a giant skull. This skull in the sand was originally a way to spawn a boss that has since been moved to the Pyramid. Instead of summoning a boss, if you fill the skull’s eye with water, it creates a blue portal in the sky.

To create this portal, you need to fill the eye with around three flasks of water. It should be around an estimate of 265%, but I lost some water in my experiment. If you only have one flask, you can carry water back and forth from an oasis in the desert to the west. You can break into the eye socket with one bomb if you carefully place it.

The blue portal will say, “To a Faraway land” and take you to the opposite side of Noita’s world. You’ll teleport to a small island with a wooden statue in the middle of a large lake. Don’t try swimming to the bottom without a plan, it’s extremely deep. 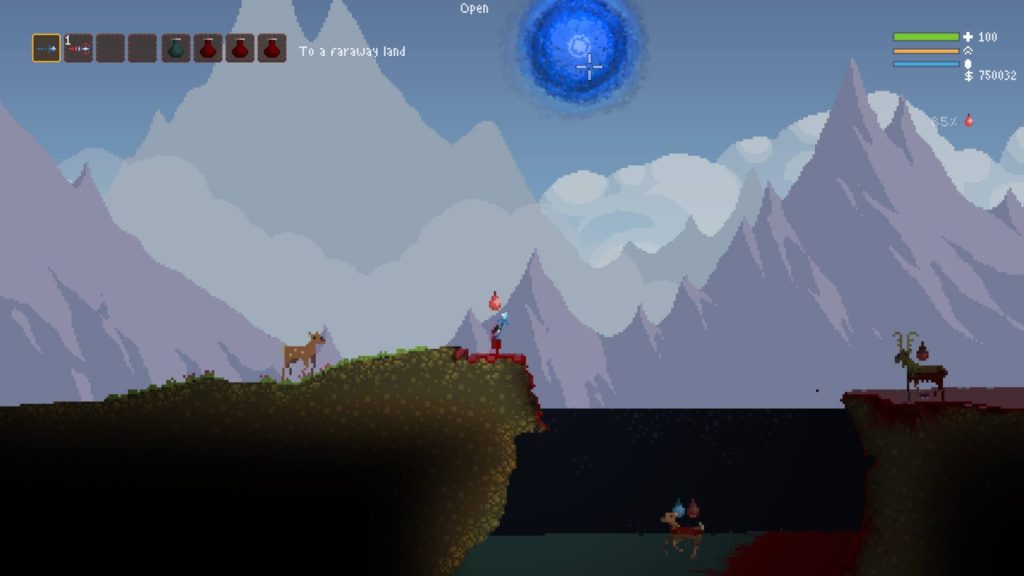 If you’re in The Lake biome near a wooden statue effigy, there are a couple of secrets. The first one is related to spawning another blue portal in the sky. First, the wooden effigy is important because there’s a small pool of water beneath it. You’ll need to pour around 265% of a flask’s blood into this pool to spawn a Faraway Land portal. One well-placed bomb should break into the cavern.

The island has a few passive animals and can have an aggressive wolf that will attack you too. If you don’t already have a lot of blood contained in a flask, you can try killing these animals to get more. However, it won’t be easy to collect. The deer creatures tend to spurt blood faraway.

If you travel through this Faraway Land portal, it takes you to The Desert skull on the opposite side of Noita’s world. Traveling through either of the portals won’t remove them. This makes it possible to travel back and forth multiple times between them.

The Lake Essence of Fire Secret

This secret isn’t anything too crazy, but in the right hands, it can be deadly. Beneath the wooden effigy in the small water cavern is an Essence of Fire. If you pick up this essence, you’ll suddenly have a large area around you that explodes every three seconds. It can deal 40-60 damage to enemies depending on the enemy and eviscerate terrain.

Whether you want the Essence of Fire for fun or a purpose, be prepared to destroy everything near you.

If you’re looking for more Noita guides and cool hidden secrets, check out our guide hub.