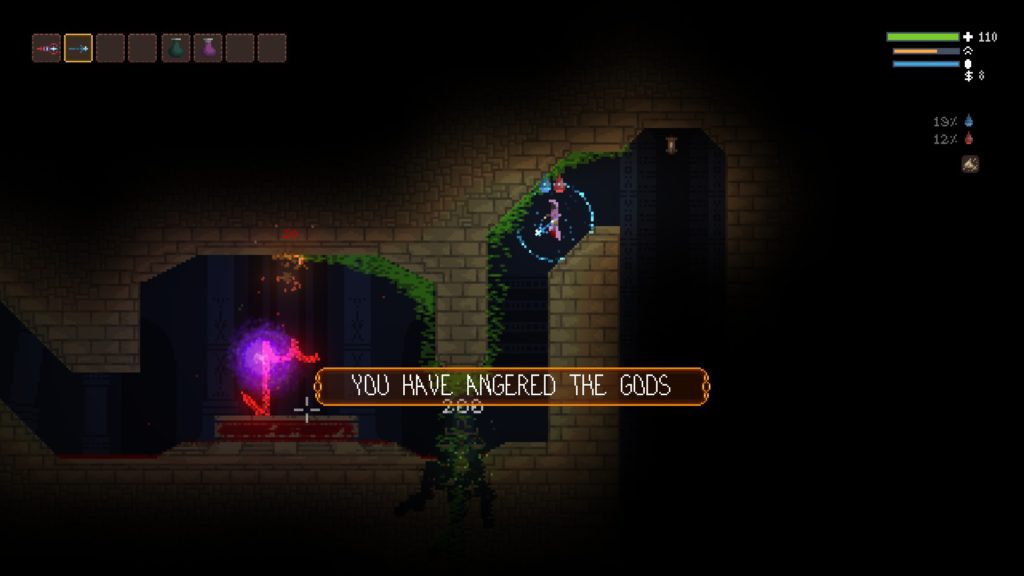 Take a look below for how you angered the gods, whether intentionally or not:

How to Anger the Gods in Noita

Breaking the brickwork in Holy Mountain

The brickwork walls and floors that surround the Holy Mountain are difficult to break with normal spells and bombs. However, if you damage the brickwork enough with certain spells, this will anger the gods.

A Worm Breaks into Holy Mountain 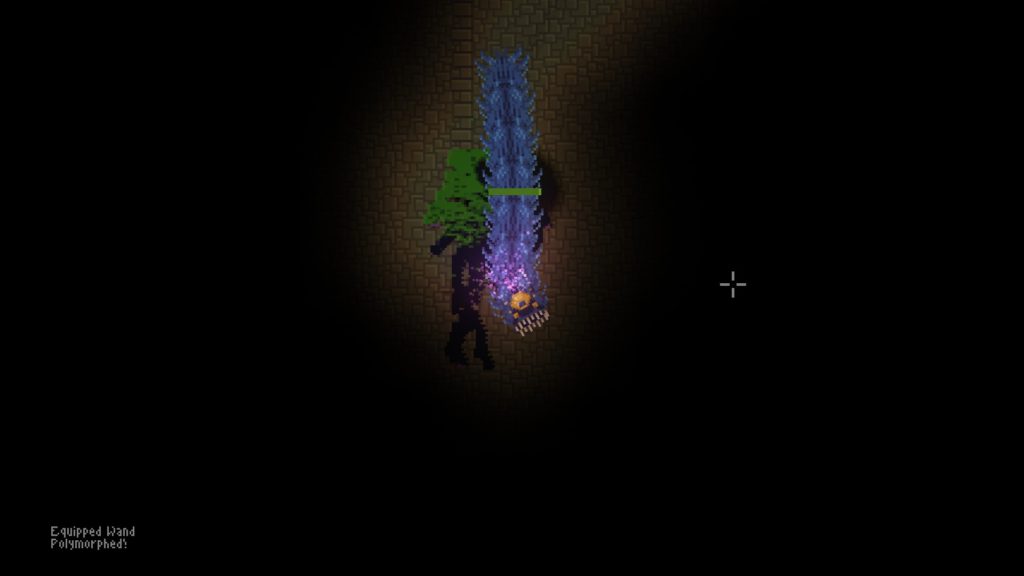 The Worm Crystal was added to Noita to prevent worms from breaking into the Holy Mountain. Before the Worm Crystal update, it was more common that worms would break the brickwork and force the “You have angered the gods” message to appear. However, for players wanting more danger, they can break into the small chamber where the Worm Crystal is and destroy it.

When the Worm Crystal breaks this message appears, “You feel less safe.” Worms are no longer repelled from this Holy Mountain shop specifically. Later shops will still have a breakable Worm Crystal for further danger.

Other Sources of Damage to the Brickwork

Similar to the worm breaking into the Holy Mountain shop, it’s possible other sources can damage it too. The portal on each floor that leads to the Holy Mountain is bypassable if you dig straight down. After a certain distance, liquids like acid destroy the brickwork and anger the gods. Spider creatures found deeper in Noita can also damage the brickwork.

The No Worm Destruction mod in our Best 15 Noita Mods to Install article removes damage from worms and spiders.

What Does Angering the Gods Do? 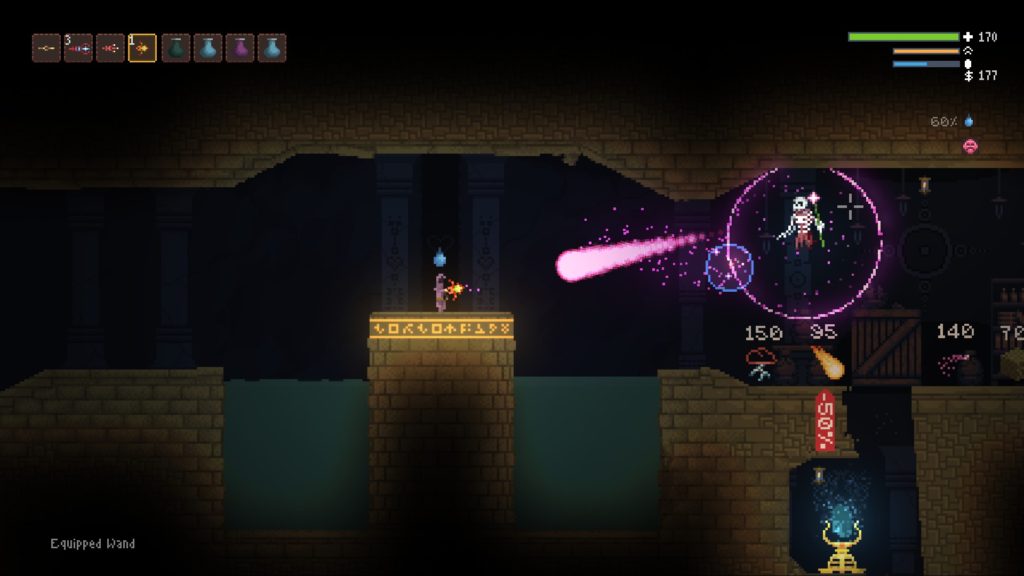 Don’t let the Stevari trap you into a dead-end.

Angering the gods summons a difficult enemy at every Holy Mountain shop from then on. The Stevari is a floating skeleton with a lot of health and a strong explosive attack.  It’s not too challenging to dodge his orb attack if you time your jumps well.

Some players may prefer to anger the gods and farm Stevari for money. He drops a large amount of gold compared to monsters on the early floors in Noita. An easy way to kill Stevari without getting all the gold is to crush him while leaving the Holy Mountain. The crumbling debris after taking a perk and leaving deals massive damage to Stevari.

If you’re new to Noita, be sure to take a look at our 10 Best Noita Beginner Tips and Tricks guide. I hope this guide teaches you something new and helps make your life in Noita easier. If you need help with anything, comment below and I’ll do my best to help.

i want a way on defeating it dude