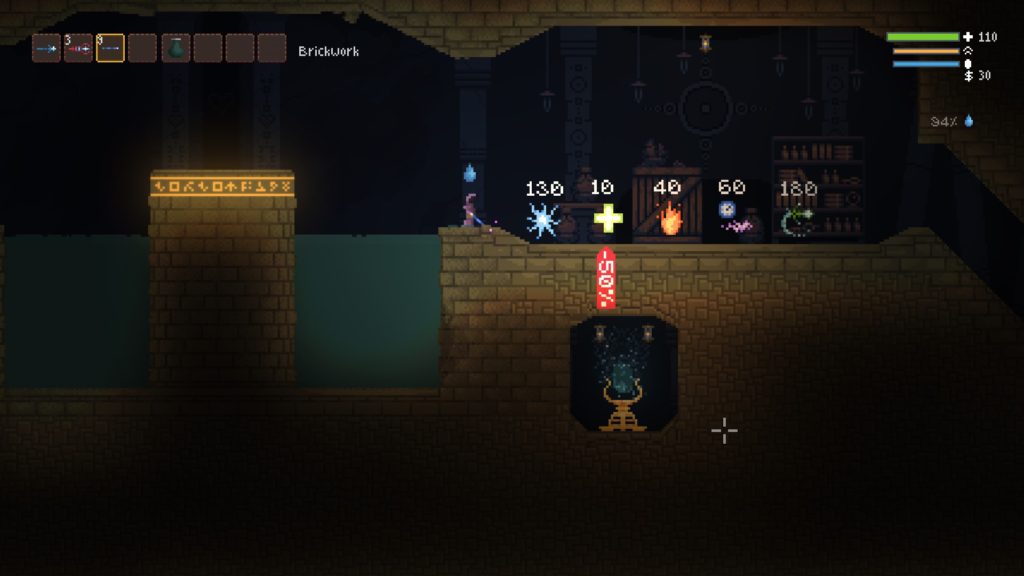 Are you wondering what the Worm Crystal is in Noita and why it makes you feel less safe? Guess what, we’ve got the answer!

Noita is a game full of mysteries and the Worm Crystal is a quiet one easily missed. It’s located in the area in between levels known as Holy Mountain.

If you look underneath the purchasable spells in Holy Mountain, there’s a dark hole in the ground. This is where the Worm Crystal rests and repels annoying worms from coming near.

If you want to make your run more difficult and risk angering the gods, the Worm Crystal is breakable. After finding a way into the small hole, it’s easy to destroy the crystal with most spells.

The best way to sneak into that area is to destroy the left side wall underwater. It’s breakable with normal bombs, despite the rest of the area requiring more advanced digging spells. 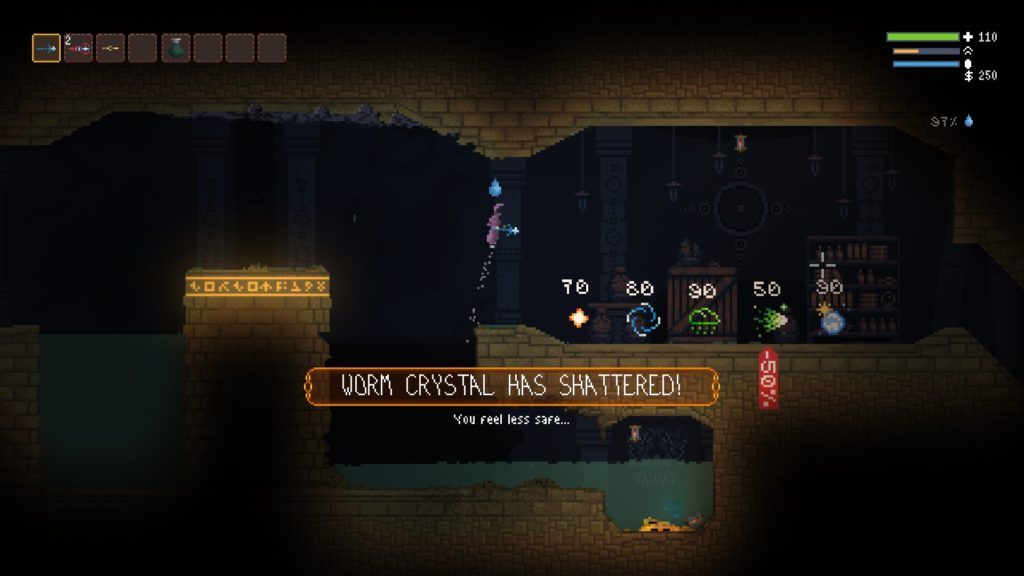 The “Worm Crystal Has Shattered!” message appears when it breaks.

Now that the Worm Crystal was destroyed by you or other means, a giant worm will hunt you down. Depending on how slow you play Noita, it’s entirely possible you’ll never run into the worm.

The giant worm can still die to other hazards like harmful liquids or hostile enemies. So keep an eye out for a dead worm if you want to take advantage of the night vision from worm blood.

If you’re hunting worms of all sizes, the Worm Attractor perk encourages them to spawn near you too. If you destroy the Worm Crystal by accident and are worried about worms, the Worm Detractor skill repels them instead. 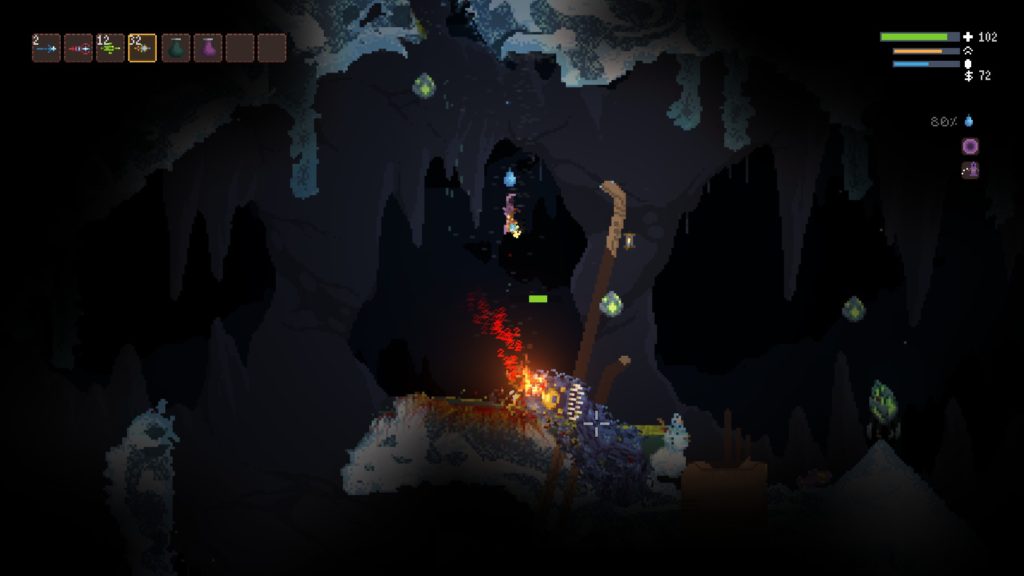 Beware of the giant worm hunting you down if you’re not ready for it.

The No Worm Destruction mod in our Best 15 Noita Mods to Install article removes damage from worms and spiders.

I hope these tips and tricks teach you something new and help make your life in Noita easier. If you need help with something specific, be sure to comment below and I’ll do my best to help.