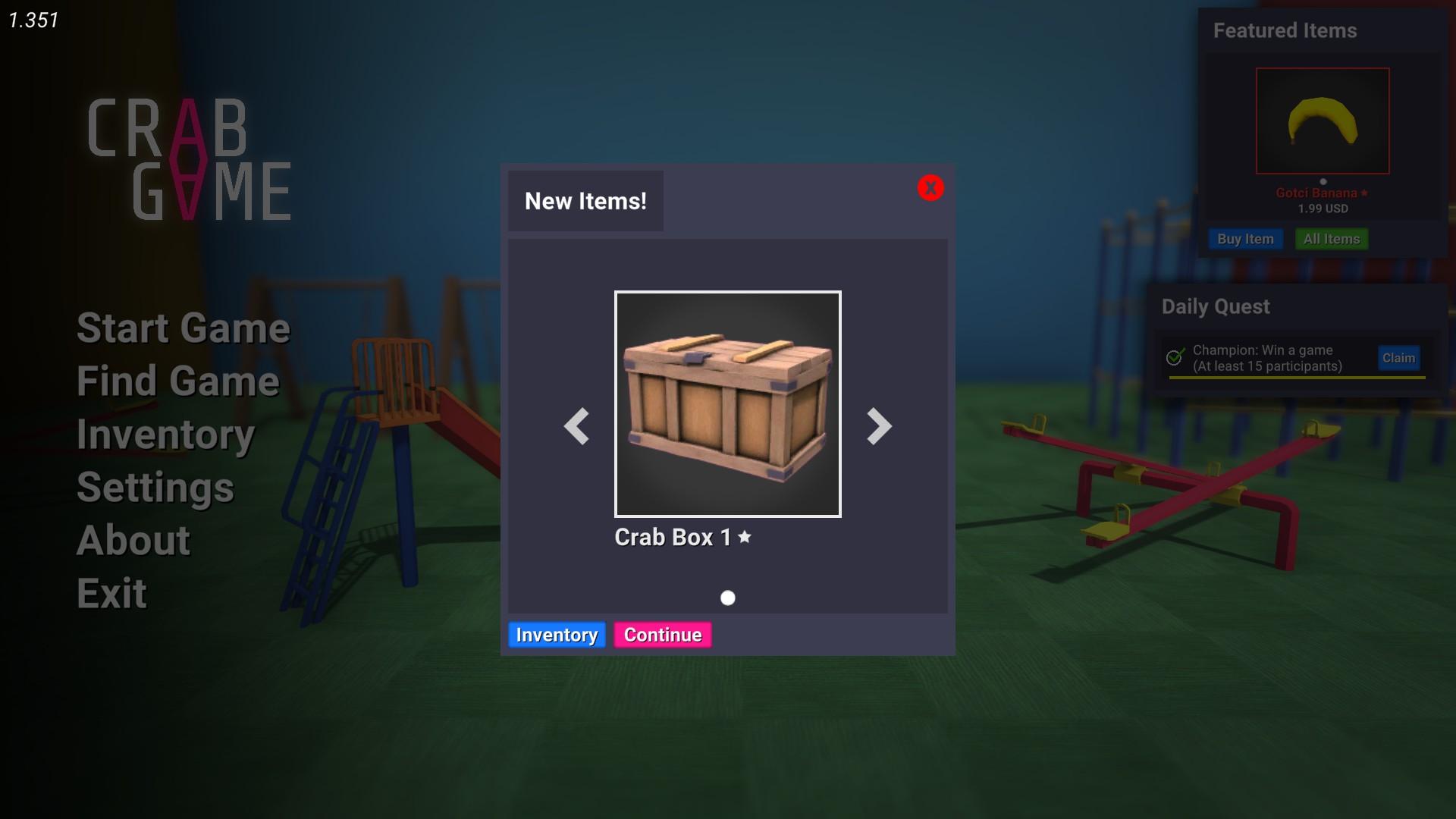 The third major Crab Game update introduces crates to unlock over 50 different cosmetics. If you’re not sure how to get crates or Crab Boxes, our guide answers that and more. I’ve also put together some quick information on what can lower your drop rate.

Developer Dani has continued his pattern of keeping his games free to play, even with this loot crate feature. Despite plenty of live service games (GaaS) having a paid battle pass or way to buy loot crates for skins. This is merely a way for players to customize their character a tiny bit to stand out from others.

How to Get Crates in Crab Game

First Way to Get Crates 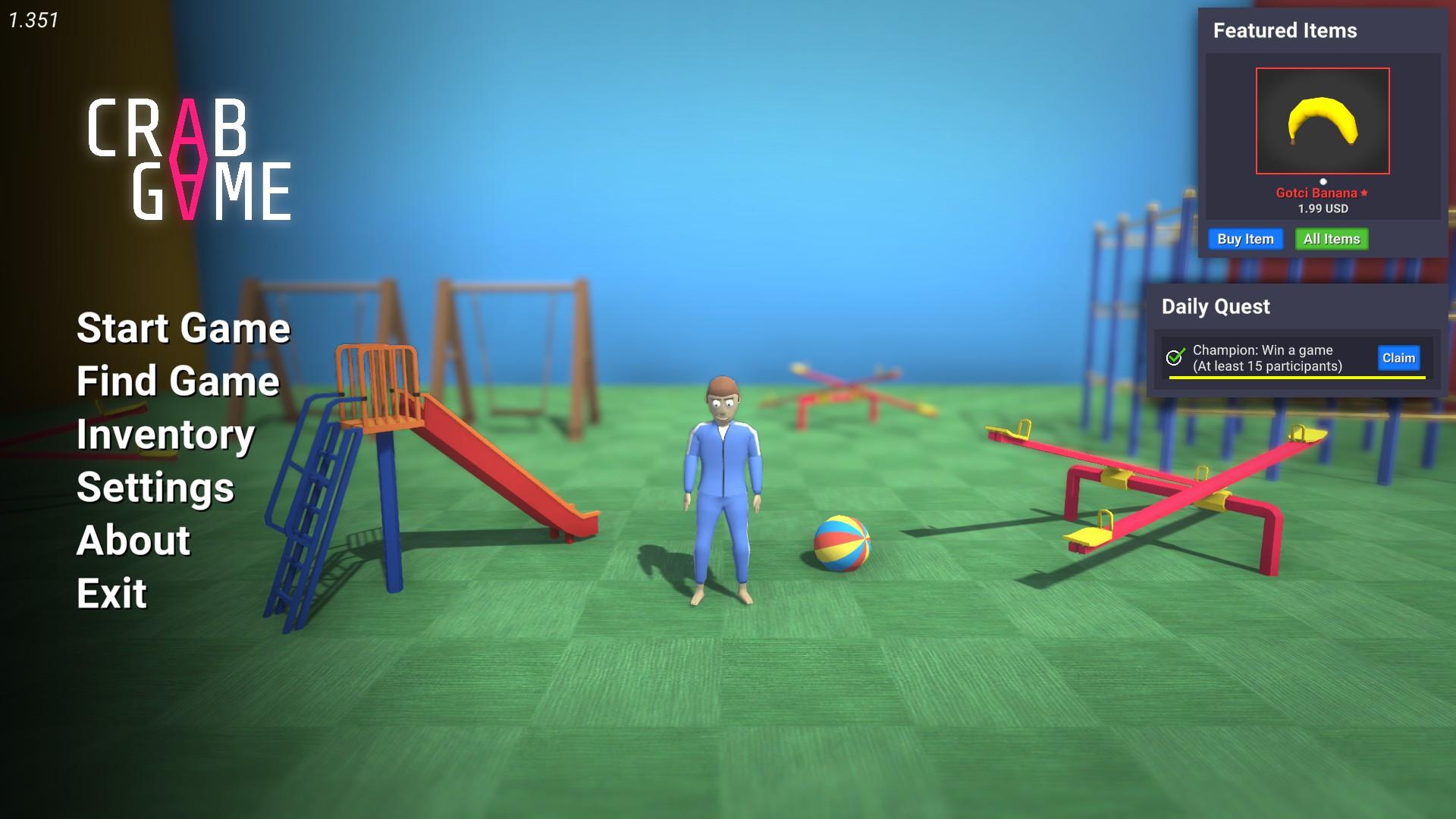 Daily Quests are often a fun way to give yourself a goal to accomplish. But sometimes they can be a pain!

Players can get crates/cosmetics from two main methods, even though there are a few ways to lower your chances as well. First, the best way to get a crate/Crab Box is by completing the daily quest on the main menu screen. You can see this on the right side of your screen, below the Featured Item.

One example of a daily quest I’ve had is to win a game with at least 15 participants on the server. After completing a daily quest, you can return to the main menu and click the Claim button to get a box. This button pops up by the daily quest window. After claiming your reward, you’ll get a 24-hour timer until receiving a new quest.

Unlike other live service games, it’s worth mentioning that you’re probably stuck with a daily quest until completing it. This can be irritating if you have a tough one like winning a match and you haven’t had much luck. However, some players do try to farm crates with certain servers so you may be able to find a way. Be sure to visit our guide on sliding tricks and how bhopping works in Crab Game for some tips.

Second Way to Get Crates 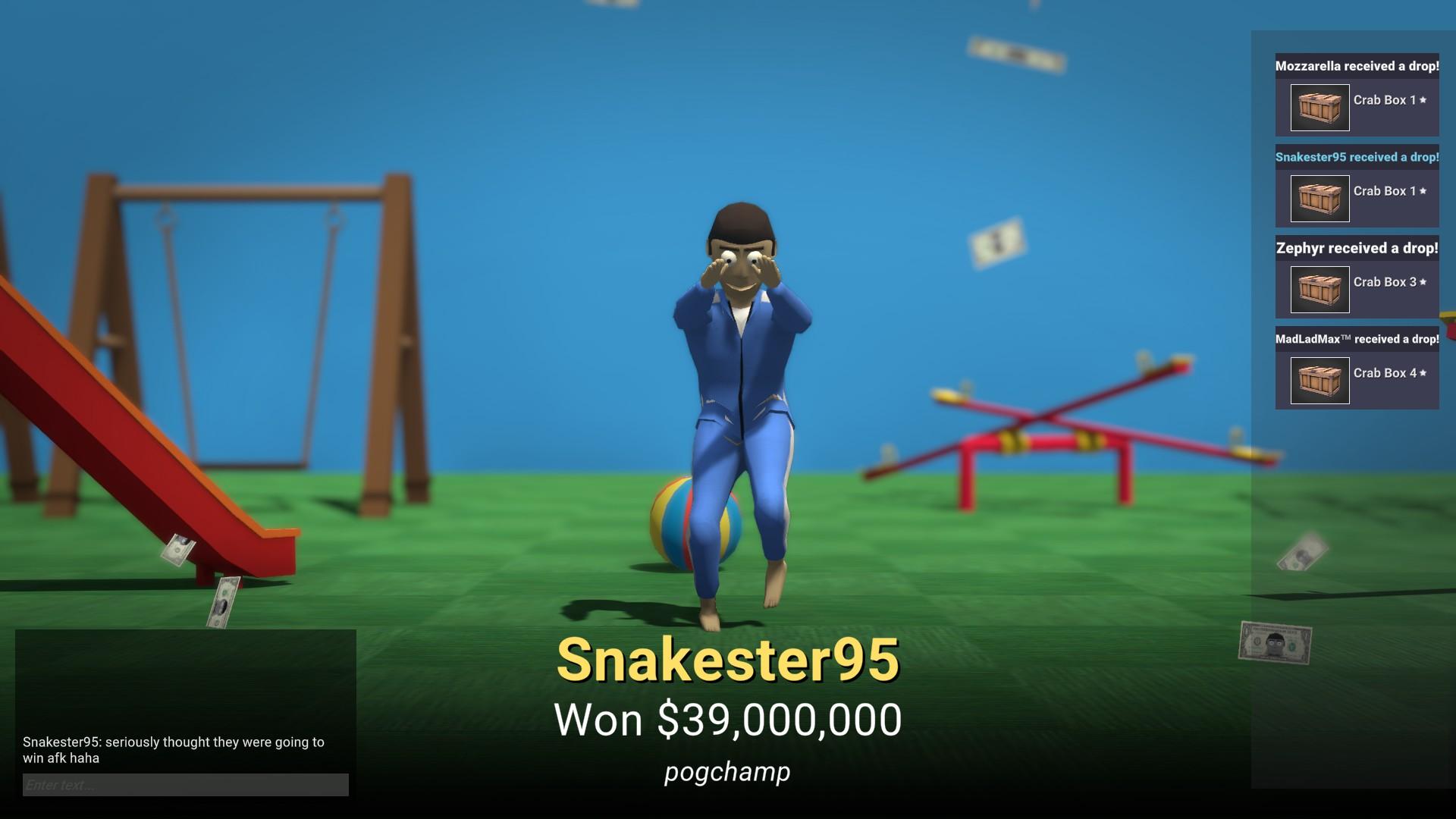 You don’t need to win a Crab Game match to get a crate. This screenshot shows four people getting one.

All you have to do for the second method is to simply complete a Crab Game match. Unfortunately, this likely means you will need to stay until the end. And even so, you’re not guaranteed to get a crate which can be frustrating. In one match that I won, I got a crate alongside three other players.

Another good feature added in the latest cosmetic update for Crab Game is a free cam for spectating. This can make it a little more pleasing to watch other players while you’re eliminated. Previously, you could only watch the rounds play out by cycling between player cameras. This can be a good opportunity to learn from other players.

Why Am I Not Getting Crates in Crab Game?

Lower Drop Rates for Being Toxic 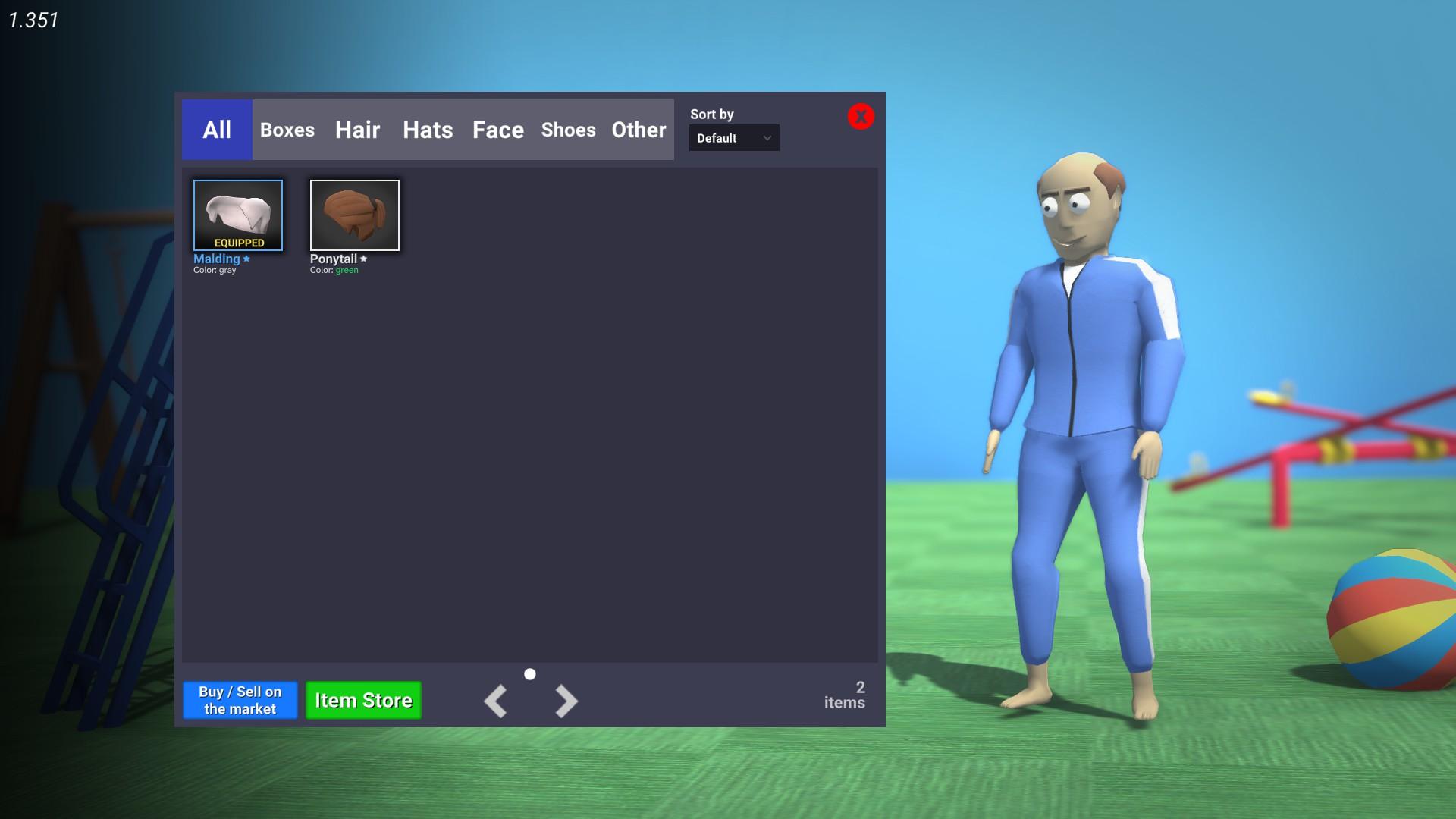 The Crab Game server names tend to be quite toxic which may be why some players aren’t getting crates.

If you’ve played multiple matches and aren’t having any luck getting crates, there may be a reason why. Developer Dani has mentioned multiple reasons that can reduce your chance of getting drops. Most of them revolve around being toxic in the community. 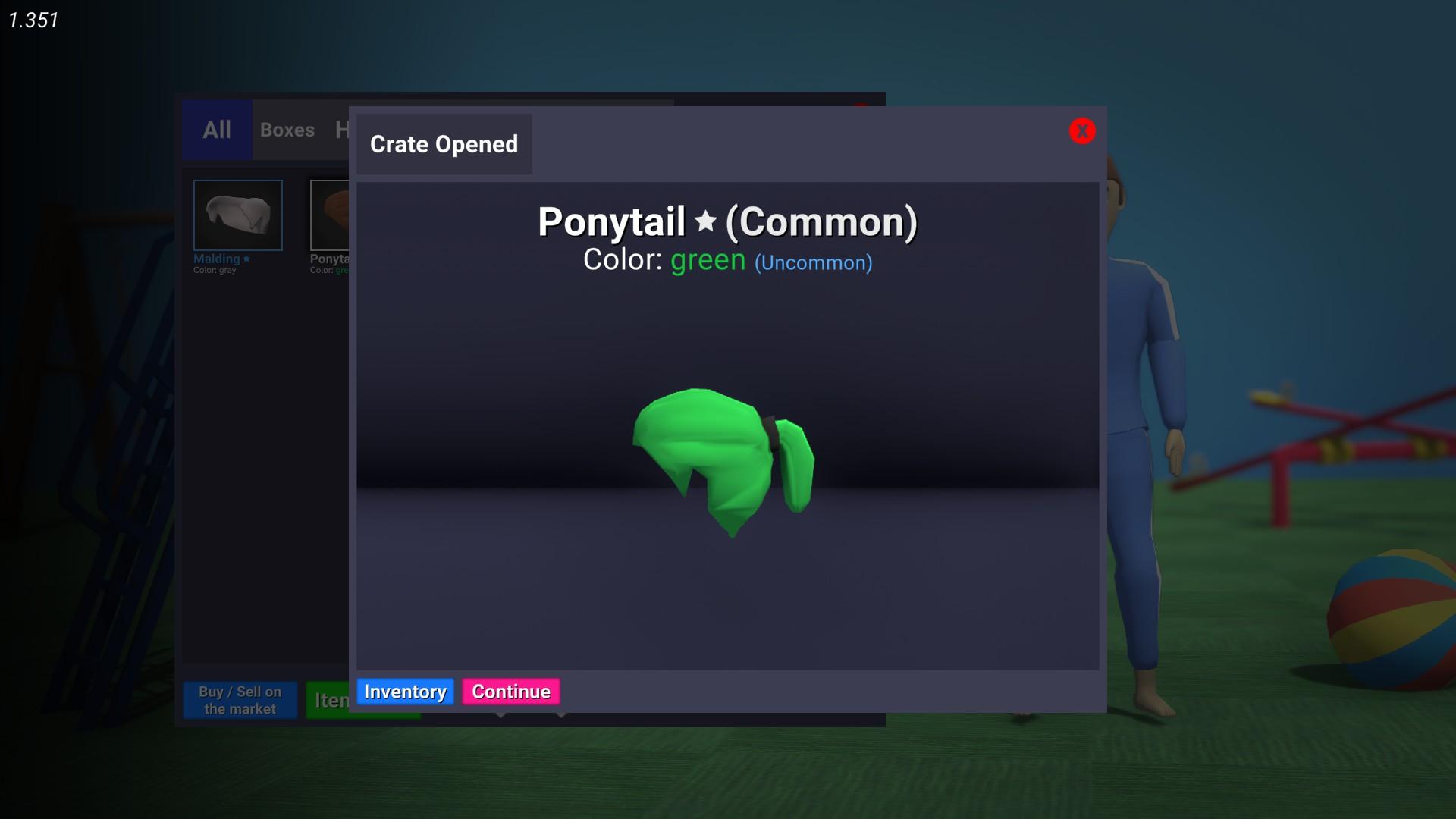 Did you know you can get different color versions of cosmetics?

It’s tough to say how “Being Toxic” is defined since there isn’t any actual information in the blog post. However, one can guess that there may be text filters that pick up certain words or phrases. This could also apply to server names so try not to give Crab Game a reason to flag you.

An interesting bit mentioned in the blog post is that players banned or kicked by a “bad / salty host” won’t be impacted. But, the reality is, there likely isn’t a way to detect a “bad / salty host” automatically for this to work. This means one of two things, getting banned or kicked doesn’t matter. Or, hosts may be penalized for banning, kicking, or perhaps ending servers too often. My guess is the first answer. 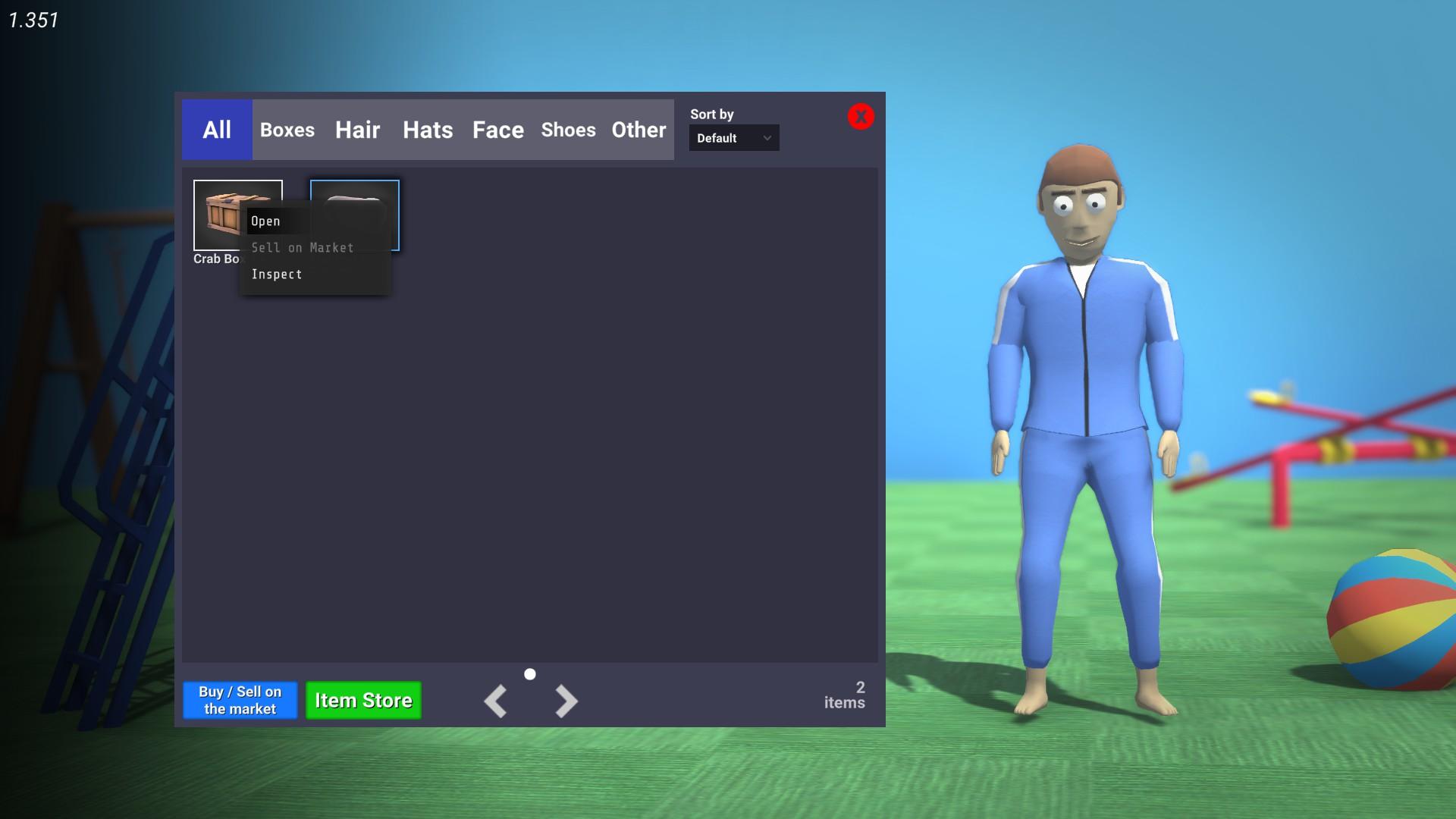 You can only open your crates/Crab Boxes from the inventory on the main menu screen.

One other reason you may not be getting crates in Crab Game is because there’s a daily limit. According to a commenter, the maximum number of crates per day is three, not including the quest. But, I haven’t personally confirmed this.

That’s all there is to this guide on how to get crates. If you have any other questions on how cosmetics work or anything else really, feel free to comment below the guide. Let us know if you get any cool cosmetics or are lucky enough to get a shiny version!

i cant get my daily crate

You are incorrect about toxic/getting kicked effecting your crates = it DOES NOT. You can be very toxic and get kicked all day long and still get your crates 3 a day 24hr timer each time u get one.

Fair enough, I'm just going off of what Dani posted in the update. But it might just not make a difference then.

It is 3 crates maximum a day not including the quest

I guy that plays crab game to much

No its not, I got around 8-10 boxes yesterday not including the quest.

Thanks for the heads up, I just edited the guide with the new info!