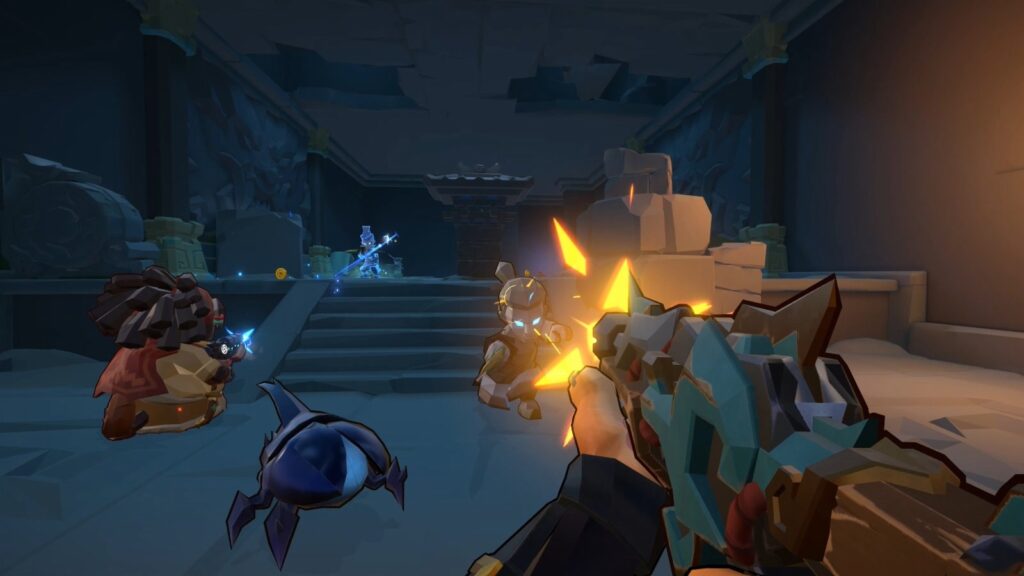 Gunfire Reborn is a fun roguelite hidden gem that can be tough if you don’t know where to start. That’s why I’ve put together this guide filled with tons of common questions players are searching for. Chances are you’ll learn something new even if it’s not an answer you were originally looking for.

Regardless of whether you’re searching for tips on how to level up quickly or how the Lucky Shot modifier works, you’ll find an answer. Certain mechanics in Gunfire Reborn are definitely a little confusing when you’re not sure what the difference is between Lucky Shot and CritX, for example.

How to Level Up Fast 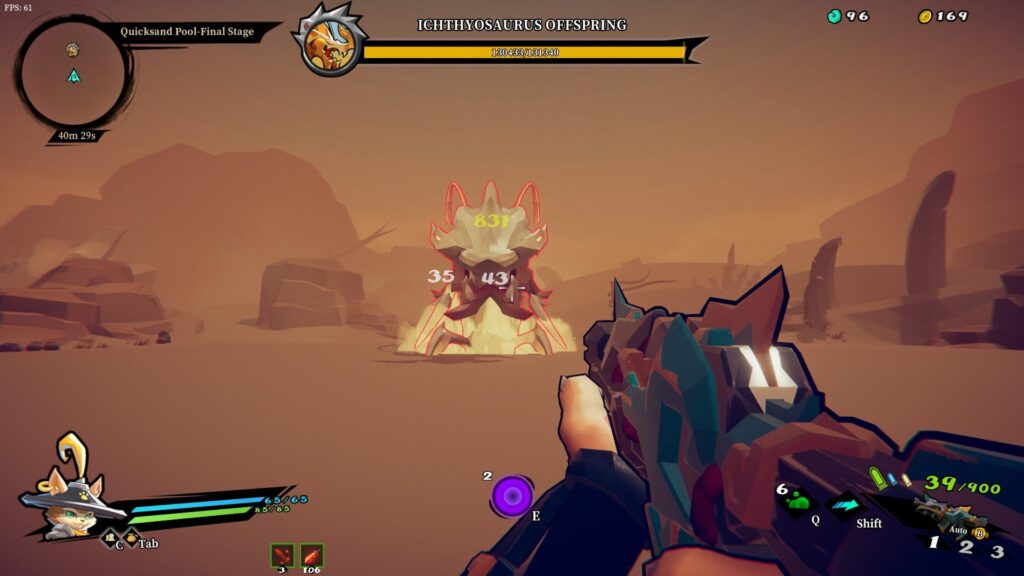 If you’re trying to level up quickly in Gunfire Reborn, there are a couple of tricks to take advantage of. Unlike most RPG-type games, the leveling system revolves around spending a currency on talents instead of collecting experience. That means for every talent/upgrade you acquire with the Soul Essence currency, you’ll go up one level. So if you’re trying to unlock a new character, you can buy the cheaper talents to increase your talent level a bit quicker.

Also, there’s a useful talent called Dimension Pouch under the Expedition talent tree. The first tier of this talent makes it so you can store up to 100 Soul Essence after ending a run. Because normally, you’ll lose any Soul Essence that you don’t spend. This makes it easier to keep some leftover when you’re saving for something expensive or don’t have enough to spend.

Otherwise, the main trick for getting Soul Essence to level up is to survive longer and kill some bosses. Bosses tend to drop a good chunk of Soul Essence and even more on higher difficulties like Elite and Nightmare mode.

What is Lucky Shot? 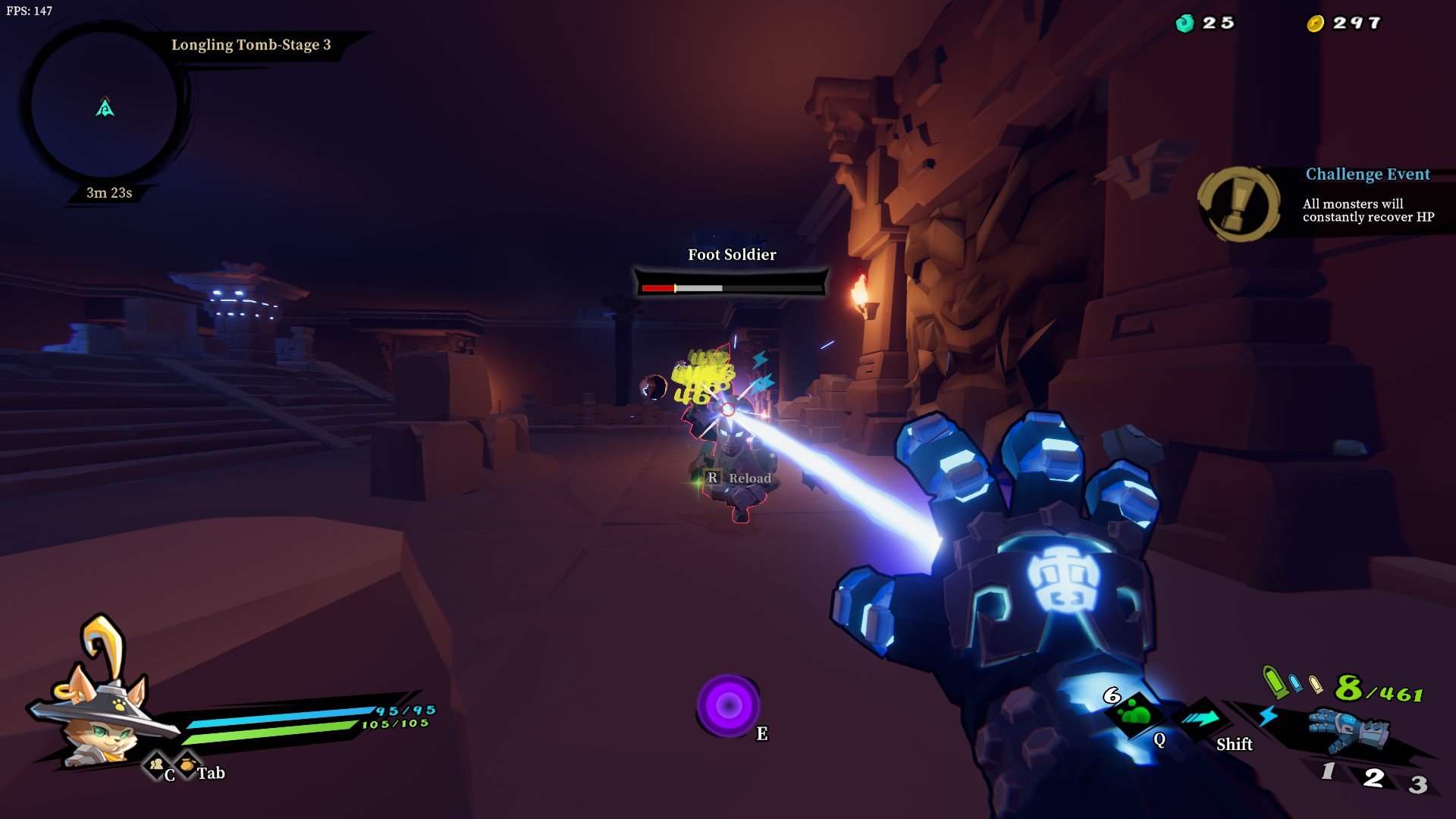 A Lucky Shot in Gunfire Reborn is what most people traditionally know as critical hits. This can be confusing because hitting a weak point is known as a critical hit. So if you’re wondering the difference between the two, here it is, plain and simple.

If you hit an enemy’s weak point like their head, you’ll always deal a critical hit. Whereas if you hit an enemy and suddenly see an orange, purple, or red color number, that’s a Lucky Shot you got based on a chance percentage.

As your Lucky Shot chance gets higher, you have a better chance of reaching higher Lucky Shot multipliers. Each color and its damage amount is mentioned below. Without getting into every percentage in this guide, orange Lucky Shots are within a 1-100% Lucky Shot chance. Purple is 100-200%. And red is 200-300%. The first number is the minimum, while the second is the maximum. While these numbers aren’t guaranteed, they seem to be a common consensus.

Two other common acronyms people aren’t sure about is Critx and RoF. Critx increases your damage dealt on weak points. And RoF stands for rate of fire, how quickly you can shoot a weapon.

Does Gunfire Reborn Have Multiplayer? 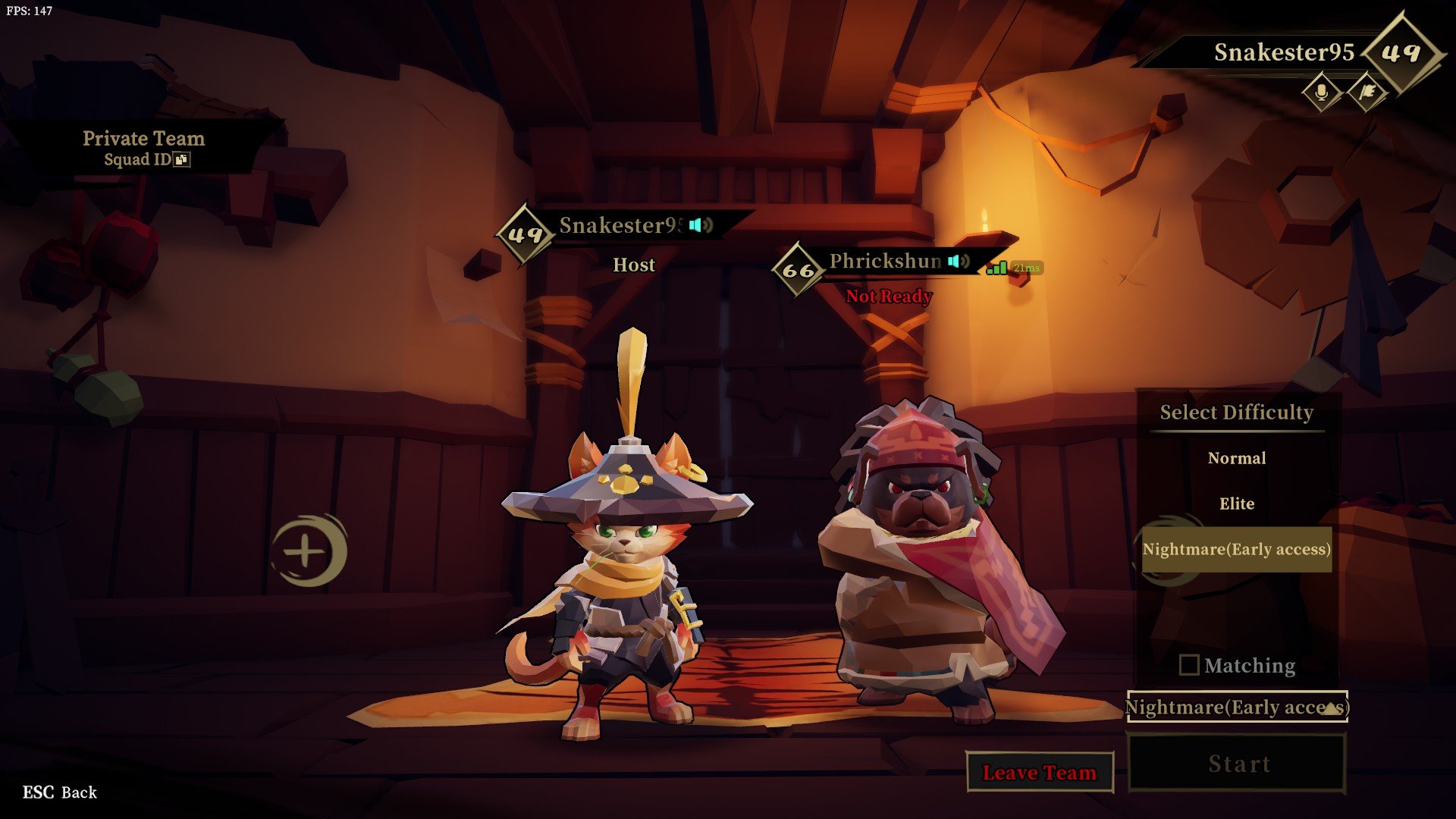 Gunfire Reborn has multiplayer available for anywhere from one to four people. You can play cooperatively with others online, but unfortunately, there is no local co-op/multiplayer option. This means you can’t have multiple people play on the same computer.  And if you’d prefer not to play multiplayer, you can play alone in single-player/solo. 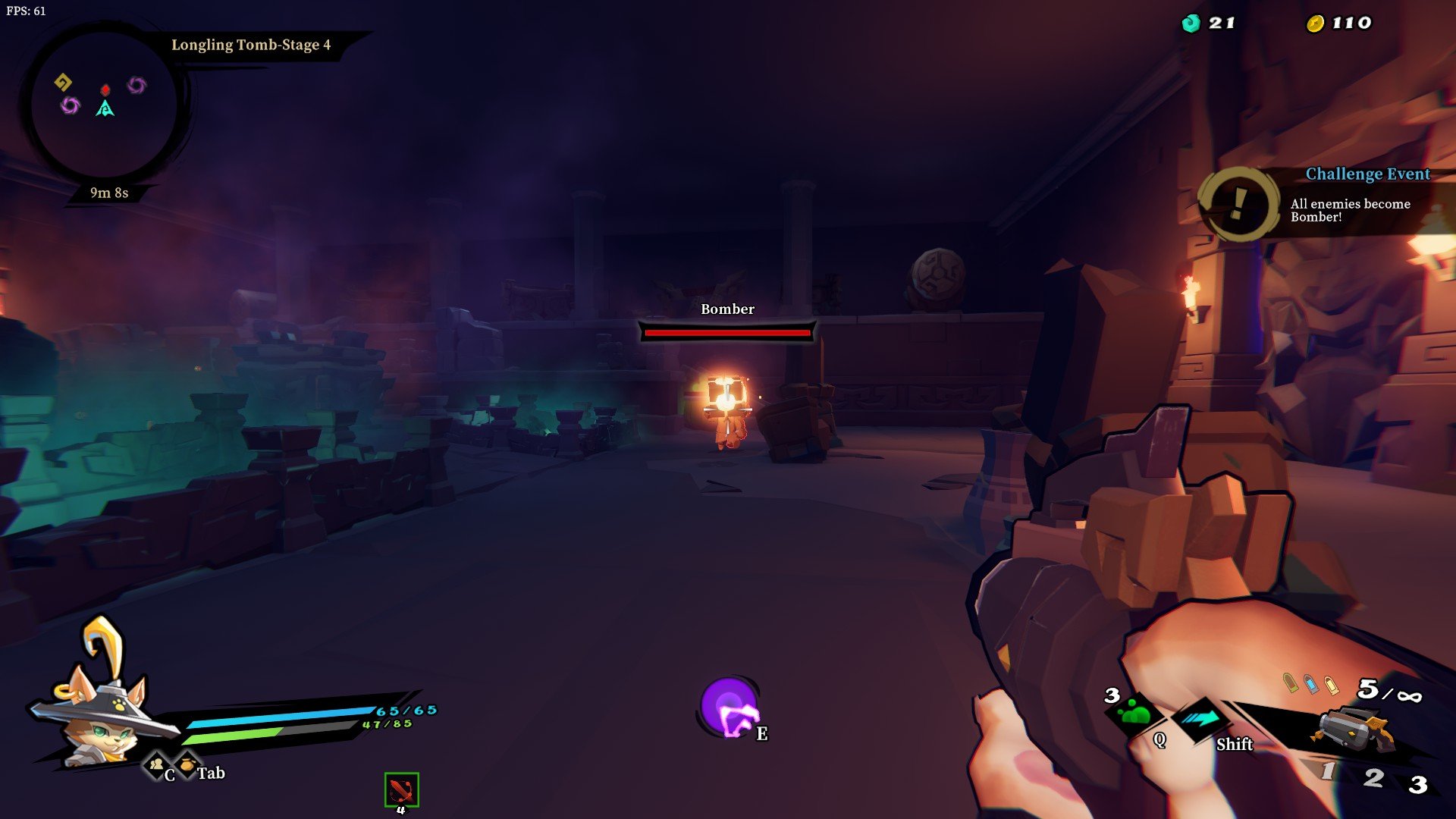 Gunfire Reborn is not free, but it’s still on the cheaper end as far as indie games and roguelites especially go. Fortunately, the replay value for roguelite games is often high so you can definitely put a good amount of time in. Now that Gunfire Reborn was officially released out of Steam Early Access, the price increased slightly from $11.99.

Since releasing on November 17, 2021, the price increased slightly to $19.99. With that said, it’s easily worth it even if you wait for a sale. According to the website, IsThereAnyDeal, it’s gone down as low as $9.47. This was before it reached the release price, however.

How Many Levels Are in Gunfire Reborn 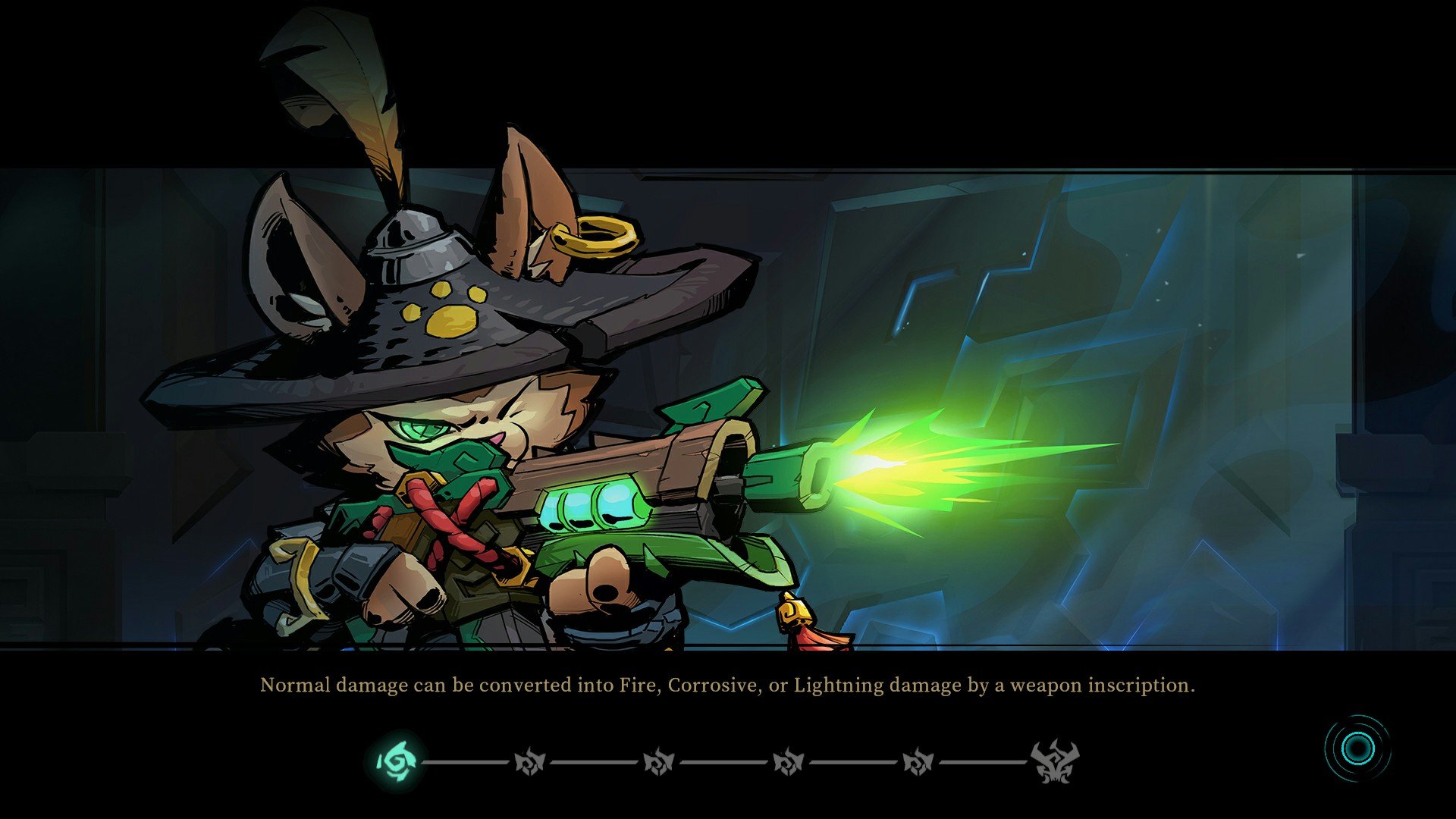 As Gunfire Reborn is a roguelite game, levels are randomly generated to make every playthrough unique. This makes it so each area playthrough still feels different even if you’ve run through the same zone multiple times. For those of you wondering how many bosses are in the game, there are seven total.

How to Unlock Elite Mode 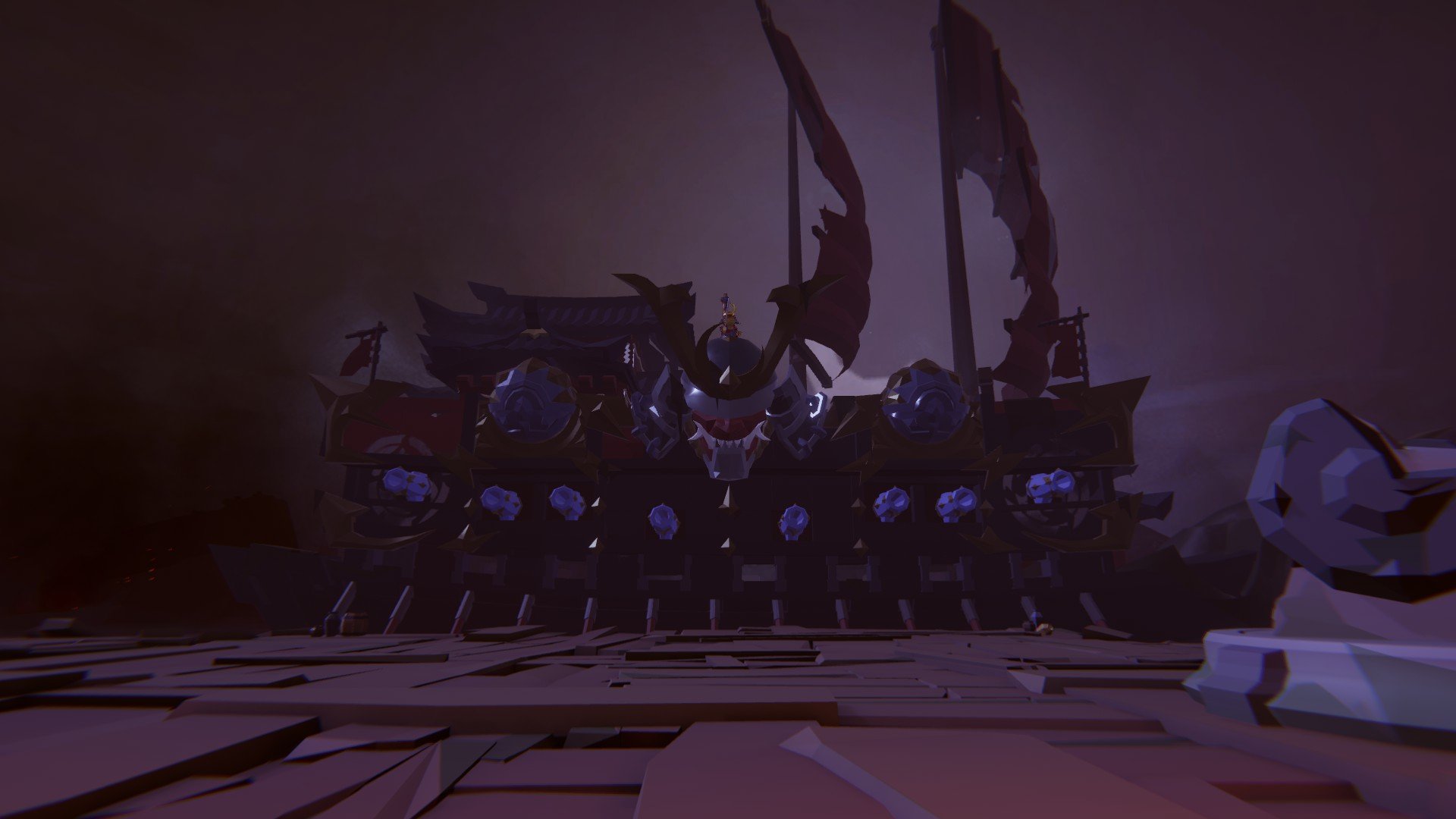 If you’re wondering how to unlock higher difficulties in Gunfire Reborn, you’ll need to complete a run by reaching the third zone. This requires completing the first zone, second zone, and then finishing the final boss in the third area, Yoruhime-Maru.

Once you’ve successfully done so on the Normal difficulty, Elite mode will become available. This adds a more difficult challenge as well as new weapons and scrolls to unlock that are exclusively unlocked in Elite mode. Before Gunfire Reborn was officially released, there wasn’t a fourth zone. But, players can now reach the snow area or return to the inn upon beating the third zone boss.

How to Unlock Nightmare Mode 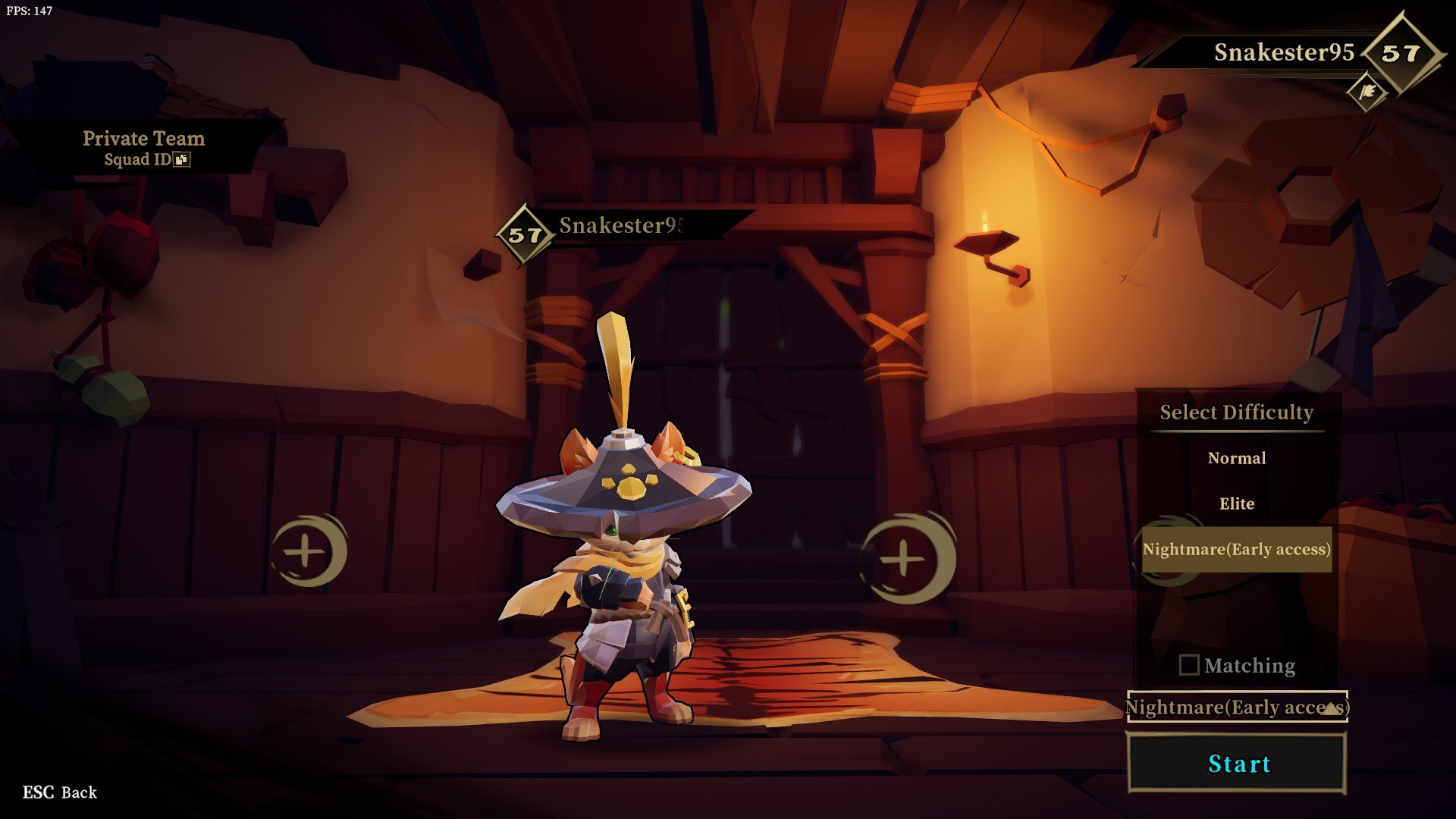 If you’re trying to unlock the Nightmare mode in Gunfire Reborn, you’ll have to do a few things. First, you need to complete a full run on the Normal difficulty. This unlocks the Elite mode as previously mentioned above. Then, when you complete the Elite mode by finishing the final boss, Yoruhime-Maru, Nightmare mode becomes available.

While the screenshot above shows the NIghtmare difficulty having (Early Access) next to it, this was prior to the full release. Therefore, we can assume the developer balanced it further to be comfortable with where the difficulty is now.

How to Unlock Characters in Gunfire Reborn 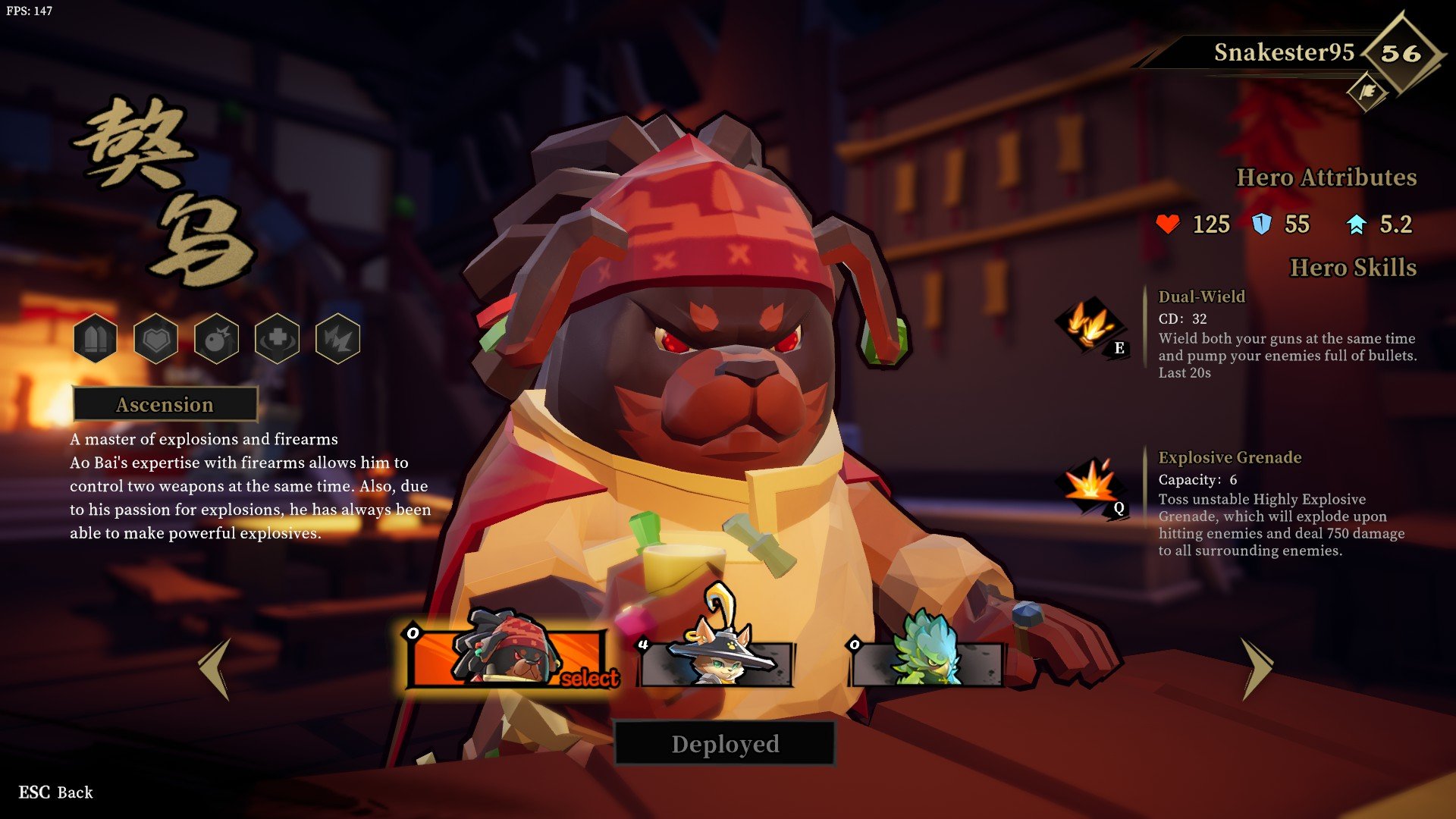 A huge part of Gunfire Reborn is unlocking new characters so you can try fun new builds as well. Even though you will have the Crown prince unlocked by default, you’ll need to spend the Soul Essence currency to unlock other characters. You can get Soul Essence by simply playing the game and collecting all those little cyan orbs.

The first few new characters are locked behind talent levels. As the first question in this guide mentions, you’ll need to spend Soul Essences on talents to level up. Gunfire Reborn currently has eight playable characters/heroes. Take a look below for the required level and Soul Essence costs per hero. The last two require spending real money on DLC, however.

How to Beat First Boss 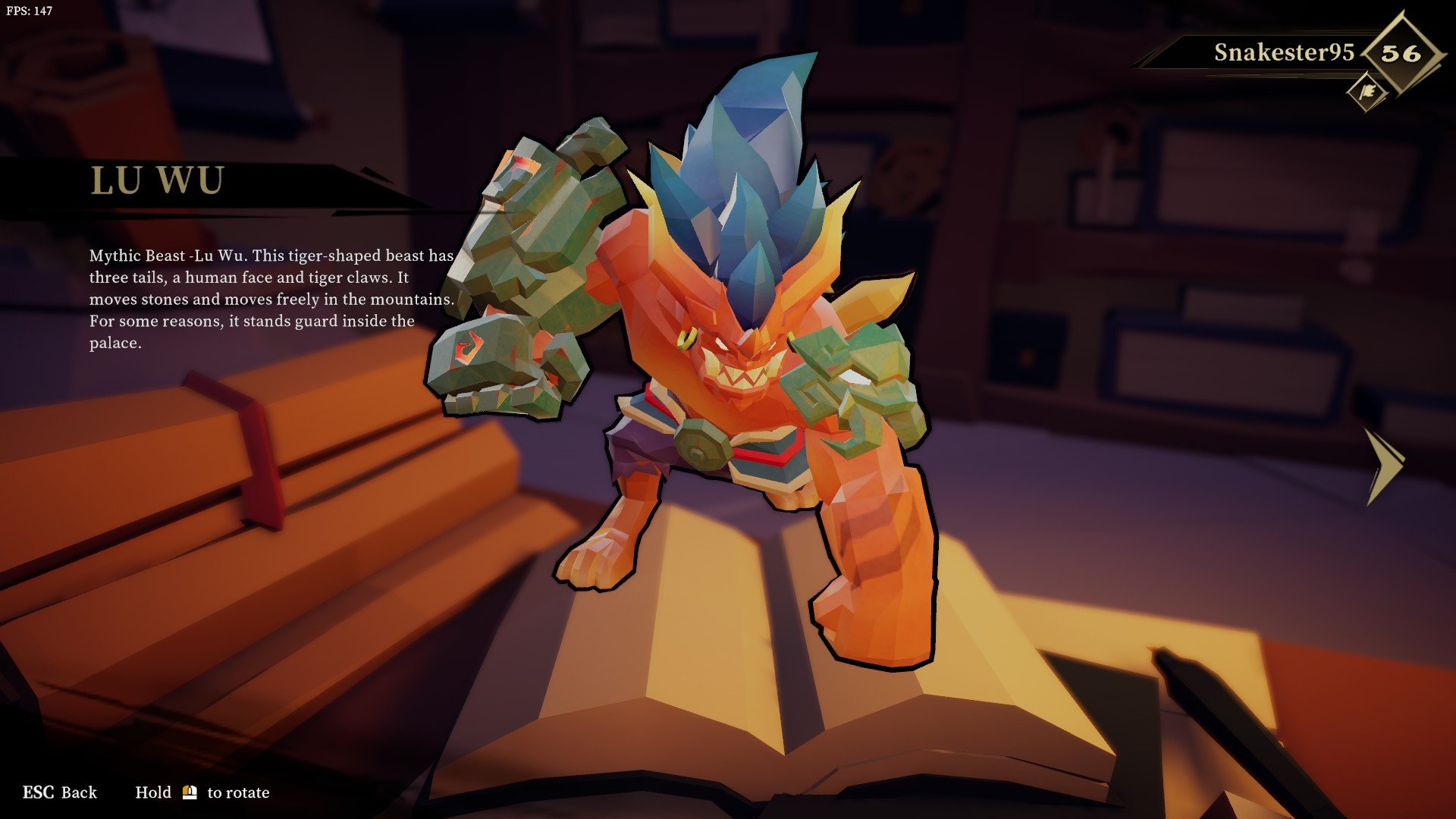 Gunfire Reborn originally only had one boss in the first zone, but now there are two available depending on your progress. The first boss you fight is Lu Wu, and once you’ve killed them five times, the Golem boss has a chance of appearing. This was added in the October 2020 update available here. For the purpose of this article, I’ll give you some quick tips to understand the mechanics of both bosses.

The main attacks to watch out for with Lu Wu is their rock throw and leap toward you. Both attacks will show a red AoE circle on the floor for where they’ll hit. These can definitely hurt, so be careful of them. Also, you can use a pillar on each side of the room to try and block rock throws. These pillars can break, however. Otherwise, the only other detail worth mentioning with Lu Wu is that they’ll retreat to regenerate their shield. While doing so, they’ll spawn a few enemies like Bombers or Beetles.

The Golem boss isn’t too tricky, but there are still a few reasons they can be annoying. First, the Golem’s vulnerable spot is the glowing green hole in their chest. However, they block this for the majority of the boss battle, leaving a slightly bigger opening on the right side. Each attack the Golem has is listed below: 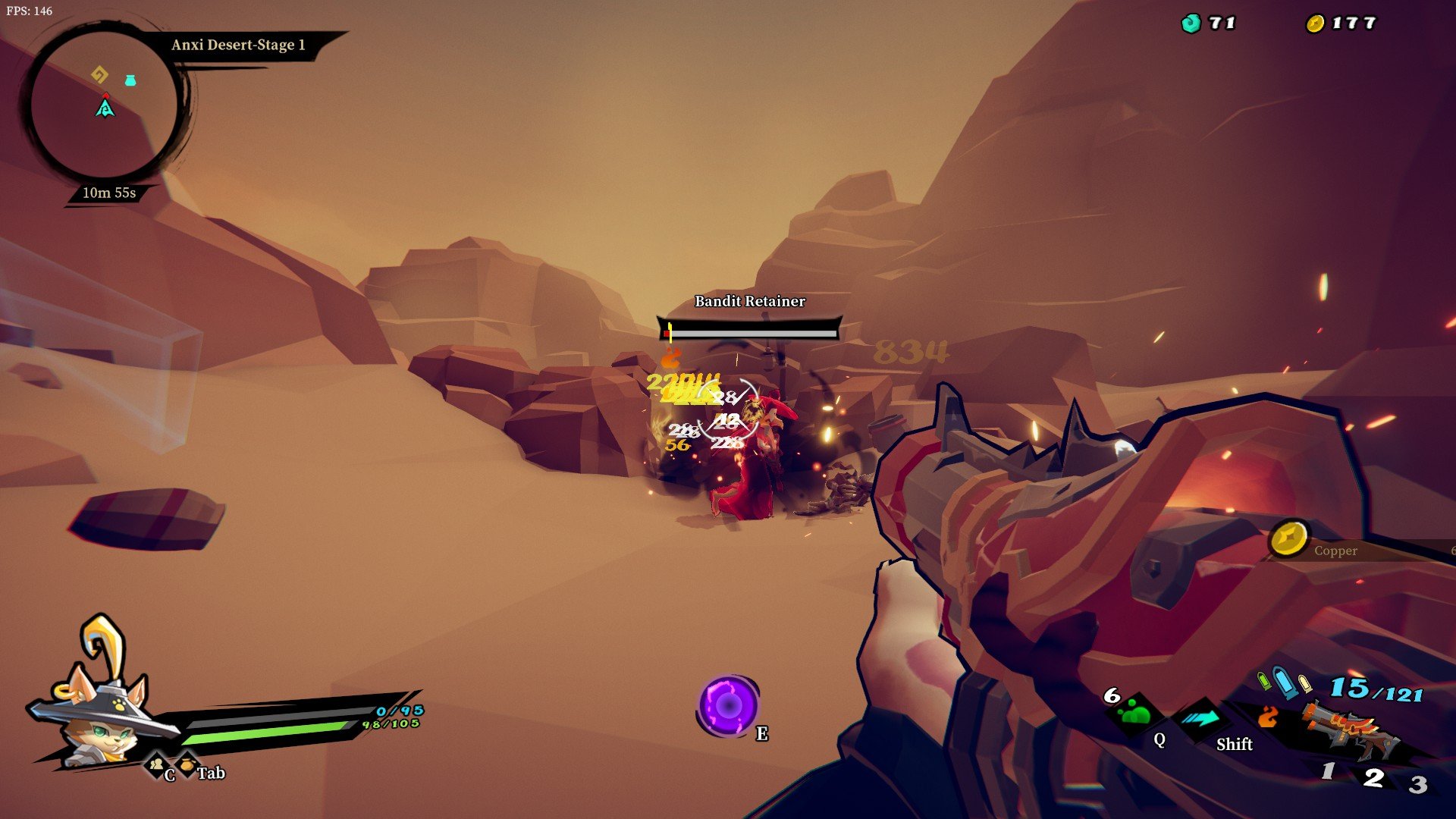 If you’re wondering what the best weapons are in Gunfire Reborn, here are my personal recommendations. It’s important to remember that every weapon has its own traits and advantages depending on what scrolls you have. So while one weapon may be weak in a run, it may be overpowered in another. Here are some of my favorite weapons below. Be sure to let others know in the comments what yours are.

I hope this Gunfire Reborn guide helps answer some questions you may have and potentially teaches you a thing or two. If you have any specific questions not answered here, feel free to ask in the comments for help.

Gunfire Reborn first launched on PC via Steam Early Access on May 22, 2020. It then officially released on November 17, 2021.