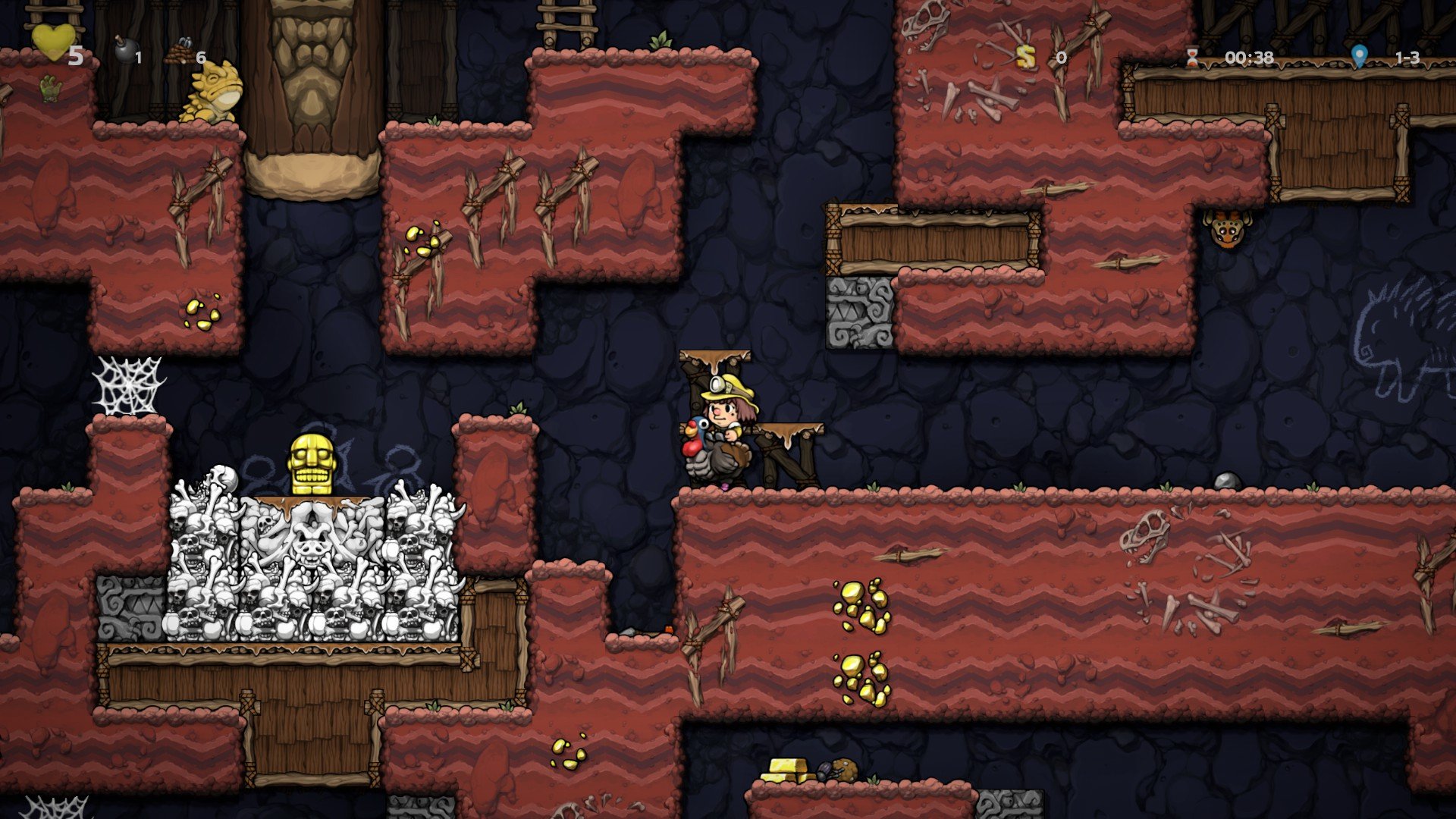 If you’re struggling in Spelunky 2 and looking for answers to some of the most common questions, we’ve got a guide for you. Click any question in the Table of Contents below to immediately jump to the answer. And if you have a question not answered in this article, feel free to comment below the article for help.

We’ll update this list with more questions people are asking to continue helping everyone make their way through Spelunky 2.

How to Cure Poison

Once you start making some progress past the first zone in Spelunky 2, you’re more likely to run into enemies that can poison you. Learning how to cure poison is extremely important, because you’ll lose one heart/health per 30 seconds until it’s cured. Fortunately, there’s a simple fix that just relies on rescuing your pet by bringing them to the end of a level. Alongside getting an extra heart, they’ll also cure you of your poison. Two enemies that can poison you in Spelunky 2 are listed below.

Another method mentioning by some people on Reddit to cure your poison is by making sacrifices to the Kali altar. Some people believe it’s cured so long as you’ve received the first item. While others have mentioned it replaces the next item after the first. There’s also an Elixir you can get from the Star Challenge that cures poison.

How to Get Rid of Curse 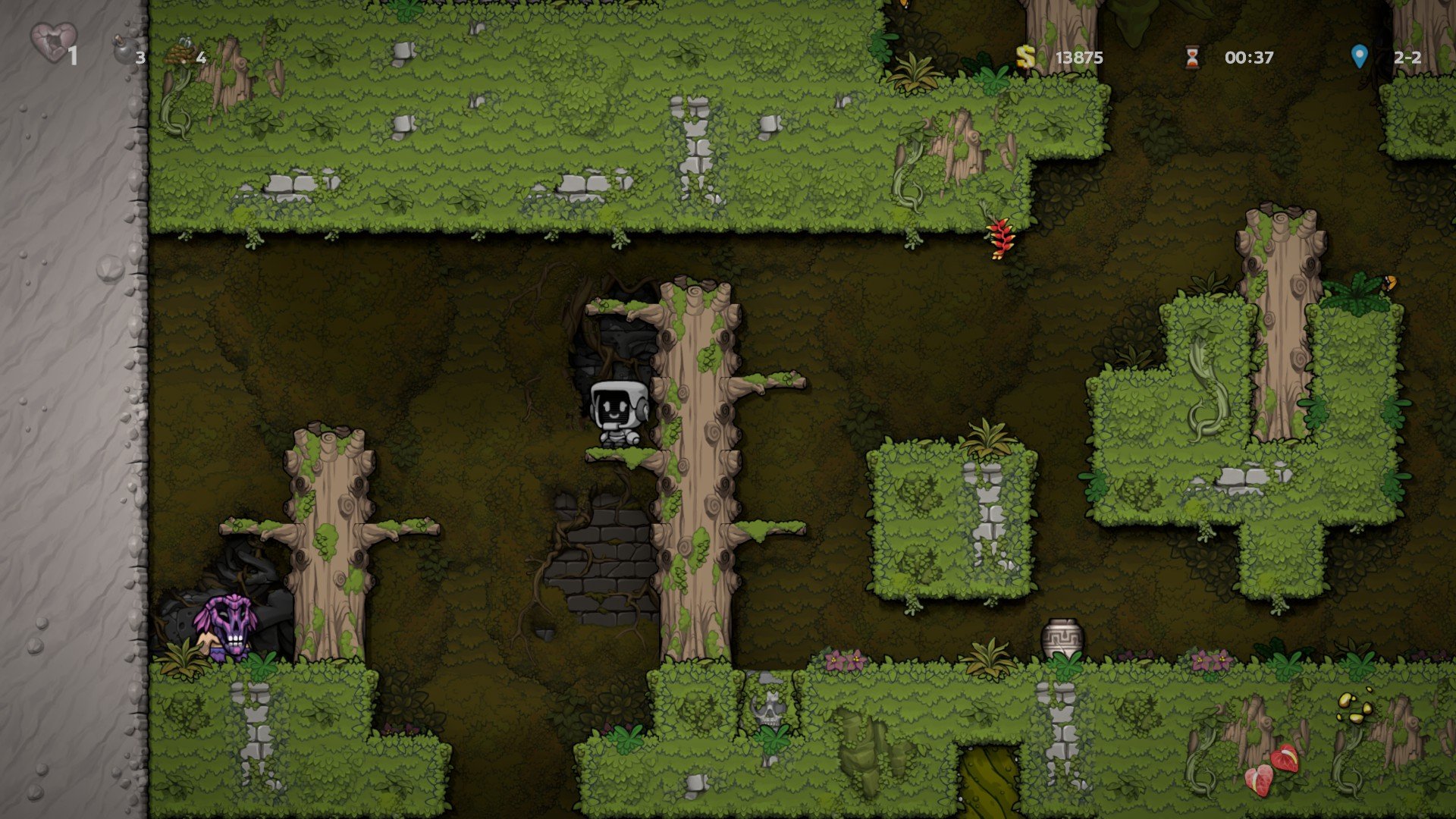 If you manage to get cursed in Spelunky 2, you’ll quickly learn that this is a fate much worse than poison mentioned above. Two common ways to get poisoned include a Curse Pot breaking on you or the skulls that follow the Witch Doctor in the Jungle zone. If you’re wondering how to cure the curse or get rid of it, there aren’t any easy ways sadly. You can sacrifice bodies at the Kali altar and if you reach a certain amount of points, it will be cured. Otherwise, you can get the Elixir from completing the Star Challenge in the Tide Pool zone. This will get rid of the curse, but it’s in the fourth zone, which means it’s a bit of a hassle to get to.

The unfortunate reason that the curse is worse than poison is that you’re stuck at one health until it’s removed. Rescuing your pet or getting health items like Turkey won’t provide any health as they normally would either.

How to Unlock Seeded Runs 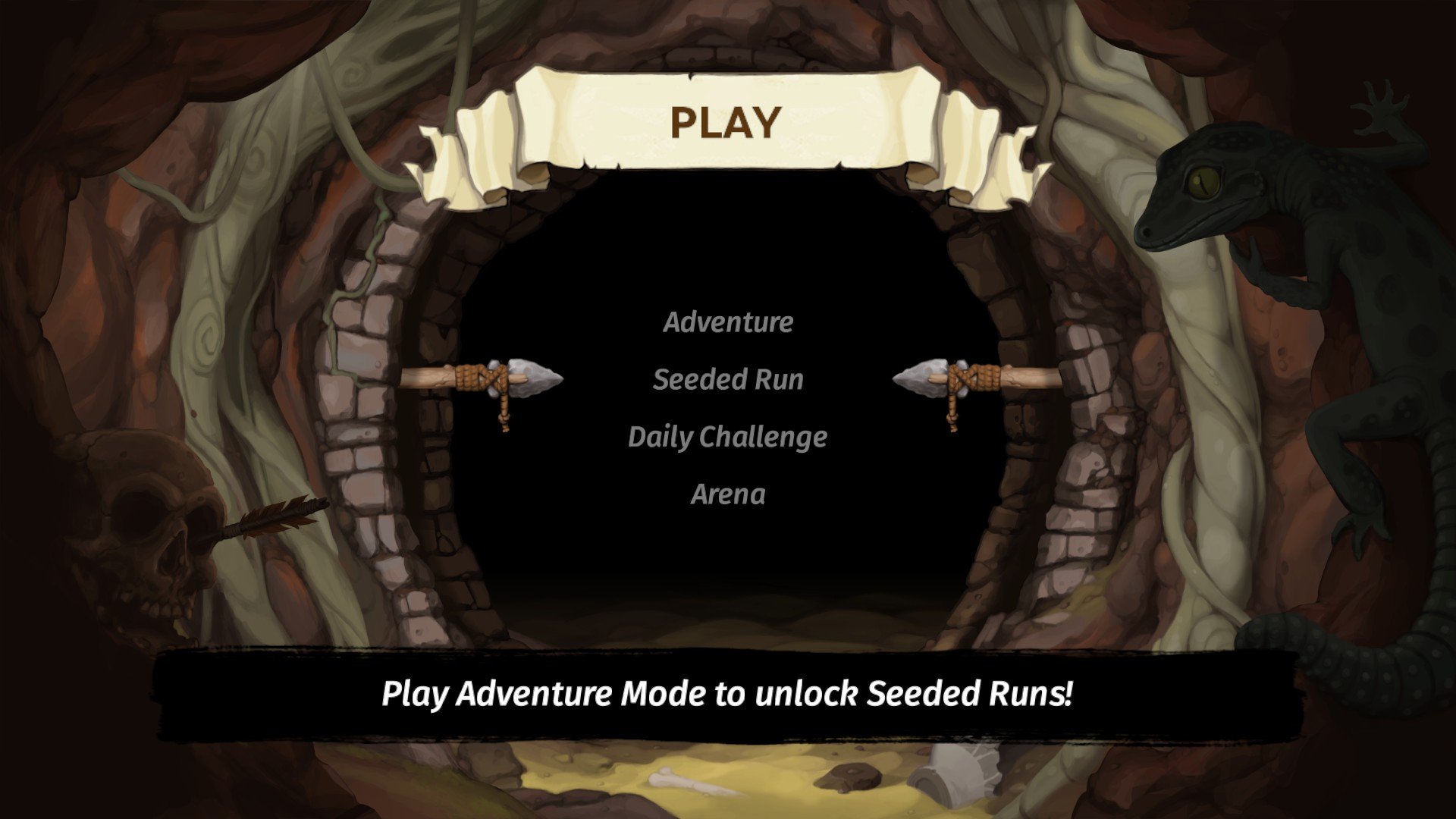 Once you’ve unlocked 16 Spelunky 2 characters, you’ll need to head outside the base by following the ladders on the right side. This will bring you back outside on the moon where there’s a shuttle you can jump on to unlock seeded runs. The video below courtesy of YouTuber, trolleycartwings, shows it below.

How to Beat Olmec 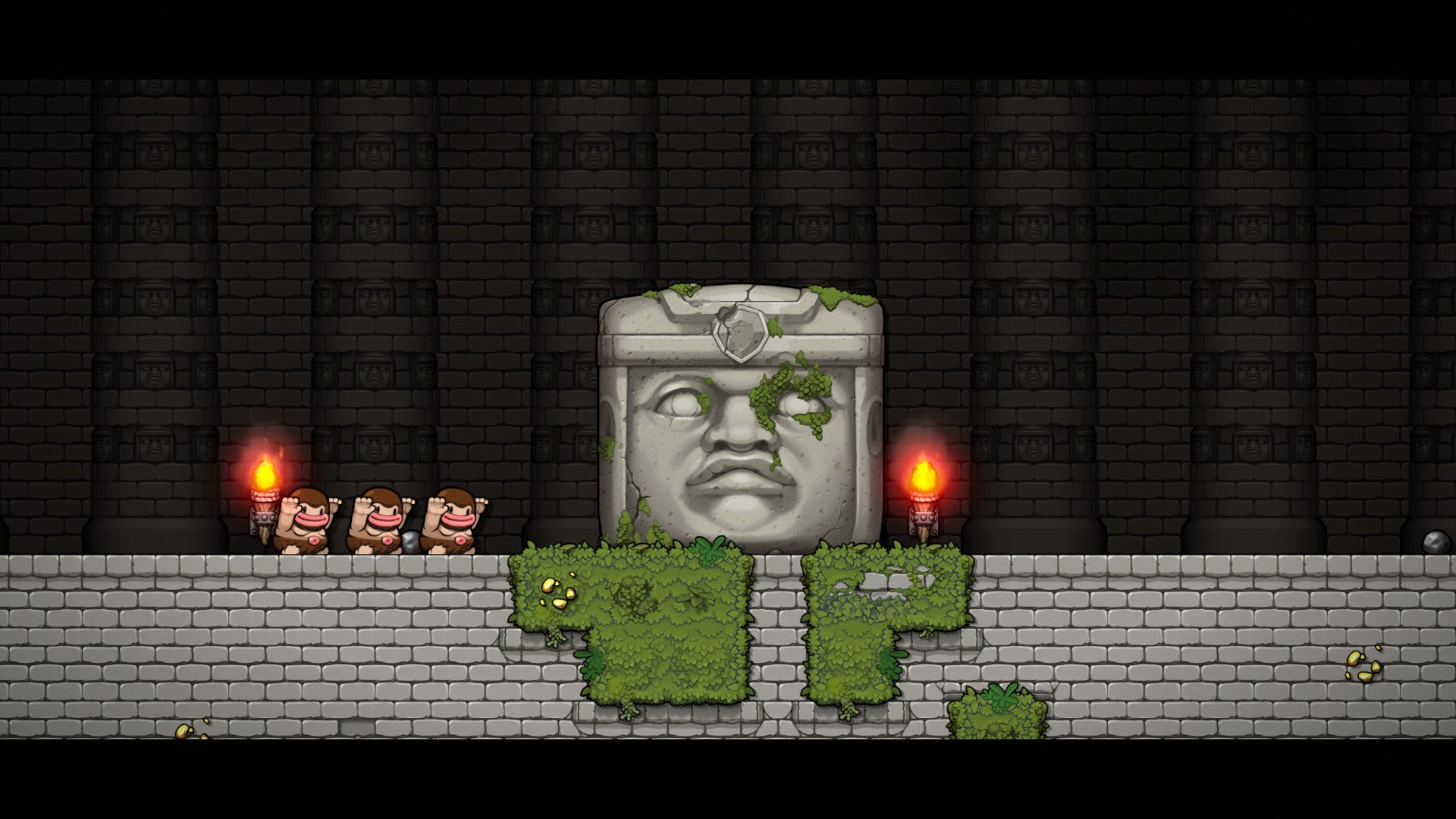 Olmec is one boss that has returned in Spelunky 2 that’s still just as annoying as ever. Depending on where you want to go, there is a method for killing Olmec, and simply a way to get to the next zone. The trick to Olmec is the same as the original until it reaches its second phase. It will jump in the air to stop down on you after a short delay. You can use this move or bombs to reach an area below the floor you’re currently on. Across the room to the right has a stone block you can push out of the way to reach the Tide Pool zone.

Now if you’re looking for trouble and trying to kill Olmec instead, you’ll need to do drop it into lava. The video below is timestamped showing the second phase from Twitch streamer Zelduhhh. Once you reach the second floor, Olmec will now have thrusters beneath it and frequently launch bombs out the sides. You’ll need to blow up the thrusters multiple times bringing Olmec slamming down until you reach the lava. This reveals a row of holes above the lava that you can enter by hopping on top Olmec. Inside you’ll find the Ankh and a doorway leading back to the top of this zone.

What Does the Power Pack Do? 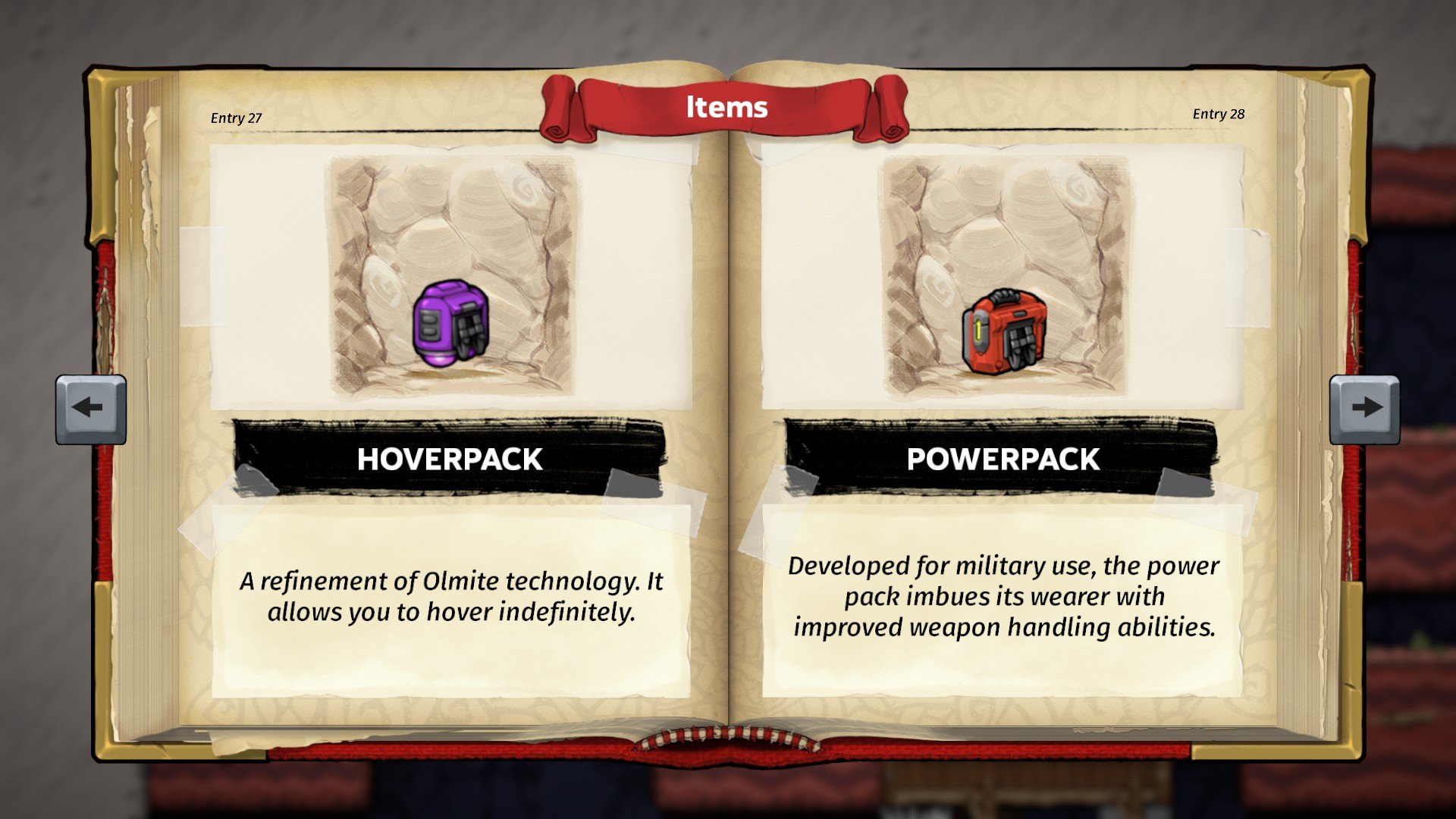 The Power Pack is a new item in Spelunky 2 alongside a couple of other packs too. The description provides a clue about it improving your weapons, “Developed for military use, the power pack imbues its wearer with improved weapon handling abilities.” Here are a few quick examples of how it upgrades different weapons and your overall setup:

What Does the Clover Do? 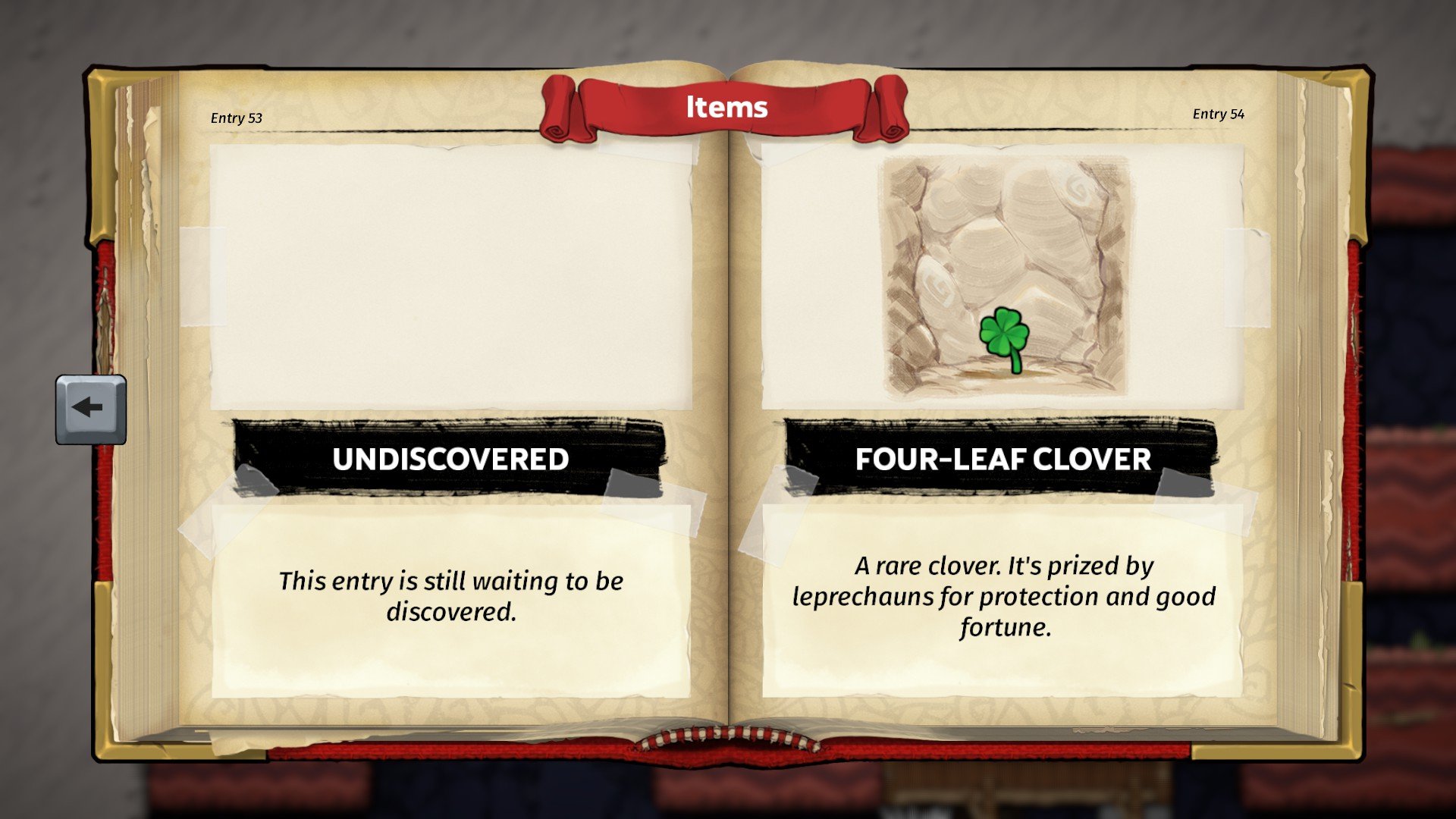 The Four-Leaf Clover item extends the ghost timer by two minutes from the usual timer of three minutes. This won’t prevent the ghost from appearing if you break a Curse Pot, so be careful of that if you’re not prepared. Also, the Four-Leaf Clover only seems to work for one floor, regardless of whether you pass the three-minute timer. So make sure to take advantage of it on the floor you get it.

The Four-Leaf Clover is always available when starting the Moon Challenge at a unique shopkeeper. This is the one that requires 10,000 gold to start. We have more information regarding the challenge in our tip/question below. Another way to get a Four-Leaf Clover is by killing a Leprechaun that has a chance of dropping a pot of gold too.

What Does the Crown Do? 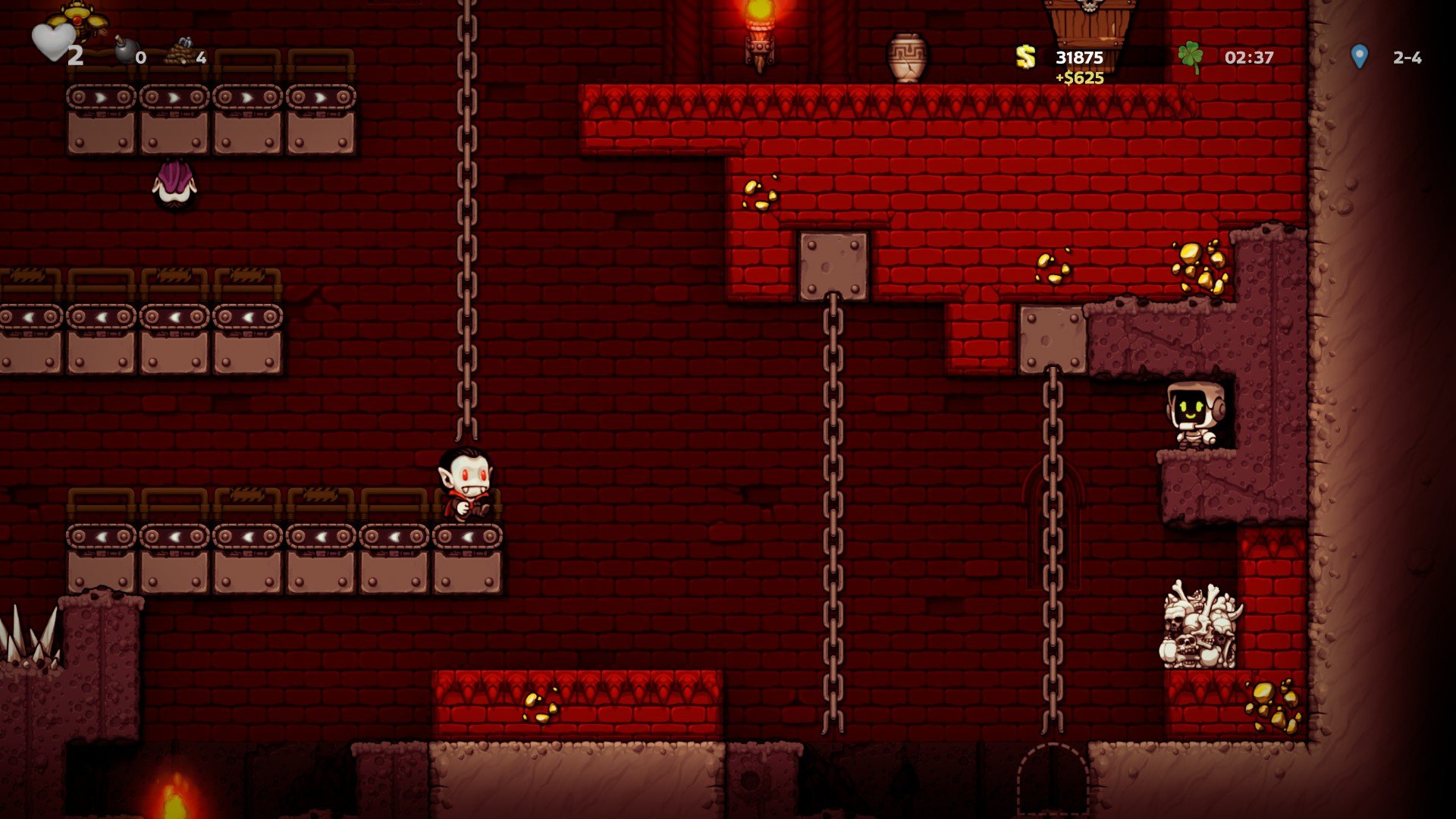 If you’ve made it to Vlad’s Castle/the Vampire Castle through a couple of secret methods, you can kill Vlad to get a Crown. This has one purpose for when you get down to 4-2 in the Tide Pool zone where there’s a stone block with the sword Excalibur in it. So long as you have the Crown from killing Vlad, you can pull Excalibur out of the stone block. If you’re not quite sure how to get to the Vampire Castle, you’ll need the Udjat Eye from the first zone. Then, you can use the Udjat Eye on a drill on the Volcana floor. It varies which level the drill is on, but it’s always near the top with a switch nearby if you have the Udjat Eye.

Once you use the drill, it will dig its way all the way down to a new exit in the zone. Follow the chain down while avoiding any new lava spills. On the left side of the stage at the bottom is a new exit with red walls. This brings you into the Vampire Castle.

How to Complete the Moon Challenge 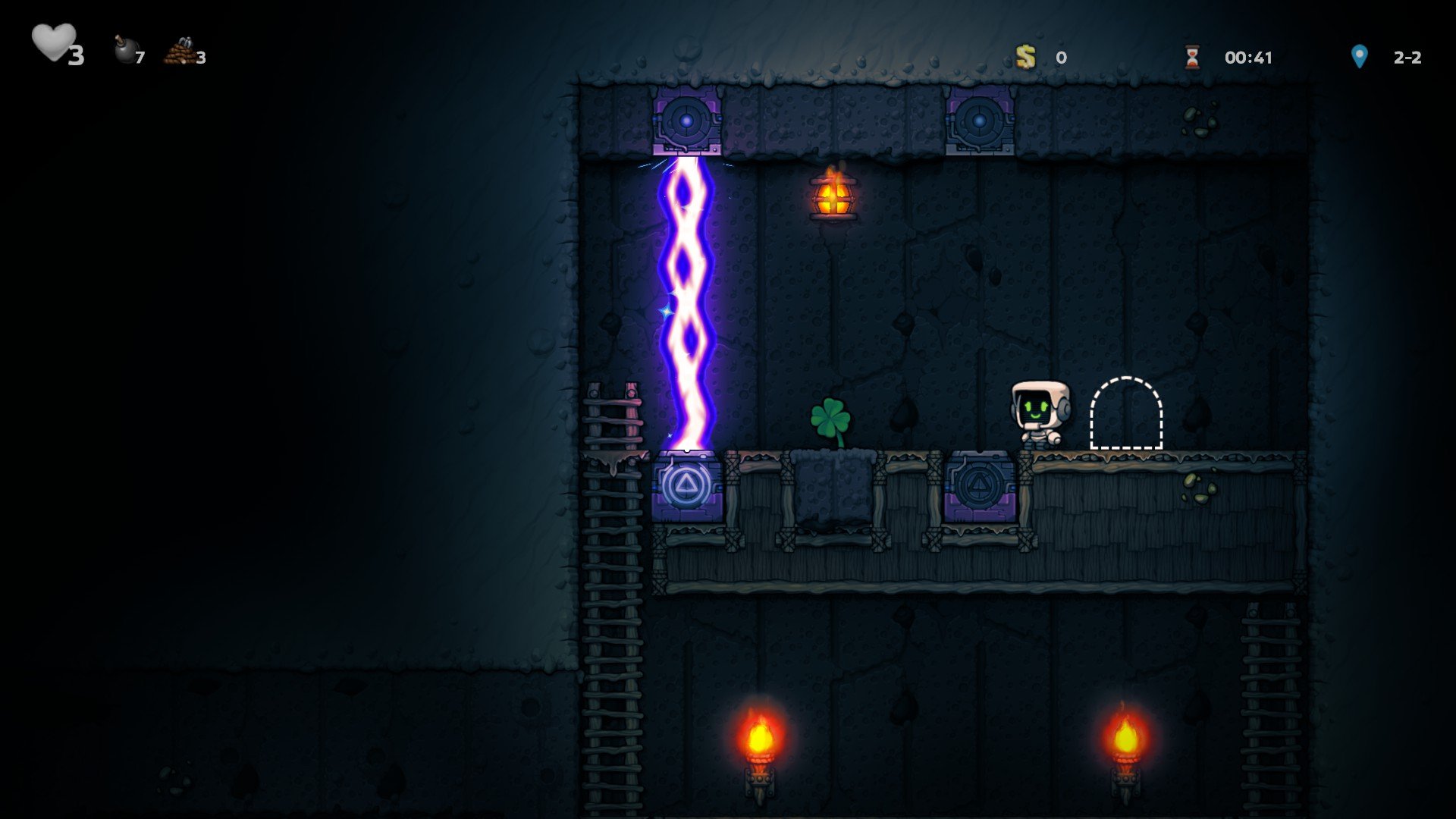 If you stumble across a unique shop with a crescent moon above the door, this is the Moon Challenge. By talking to Tun and giving them $10,000, you can start the Moon Challenge by entering the door behind them. This will take you into an area with one laser wall and a Four-Leaf Clover item on the floor. Taking the Four-Leaf Clover will give you a little extra time for exploring and after waiting for a second, the laser will disappear creating a new one behind you. Be sure to wait that brief moment, otherwise you might get zapped.

Now climb down the nearby ladder to find a Mattock/Pickaxe that’s extremely important for the Moon Challenge. As Tun didn’t tell you anything, it’s easy to have no idea what to do here. Your goal is to break the Mattock by using it on the walls nearby. Fortunately, there are several hidden rooms from left to right as you work your way down. Just be careful of stone blocks falling on you as you enter a room. These are the primary traps that you may run into. Once your Mattock is broken, you’ll get a message that the challenge is complete and you can return from the way you came.

I hope this Spelunky 2 guide teaches you a thing or two and answers a few questions you may have. If you’re still not sure about something, feel free to ask in the comments below the article for help.

Spelunky 2 first released on PlayStation 4 on September 15, 2020. Launching on PC via Steam shortly afterward on September 29, 2020.